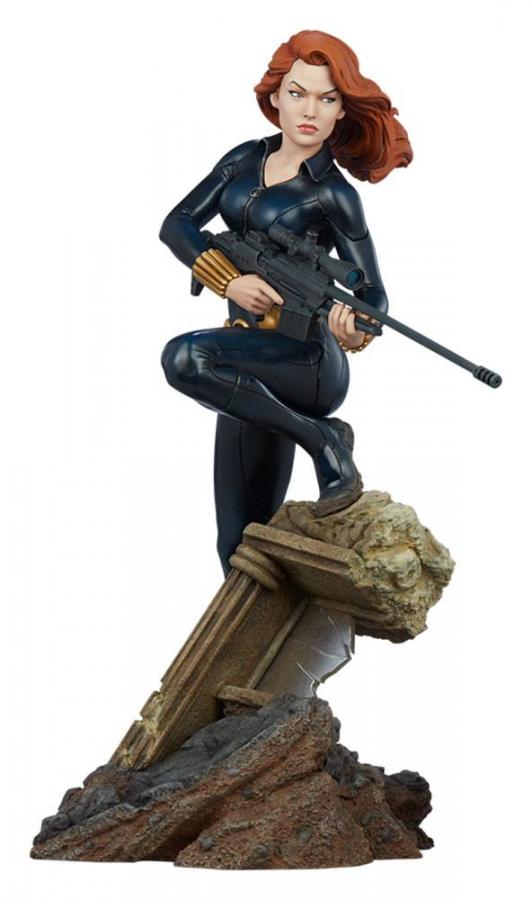 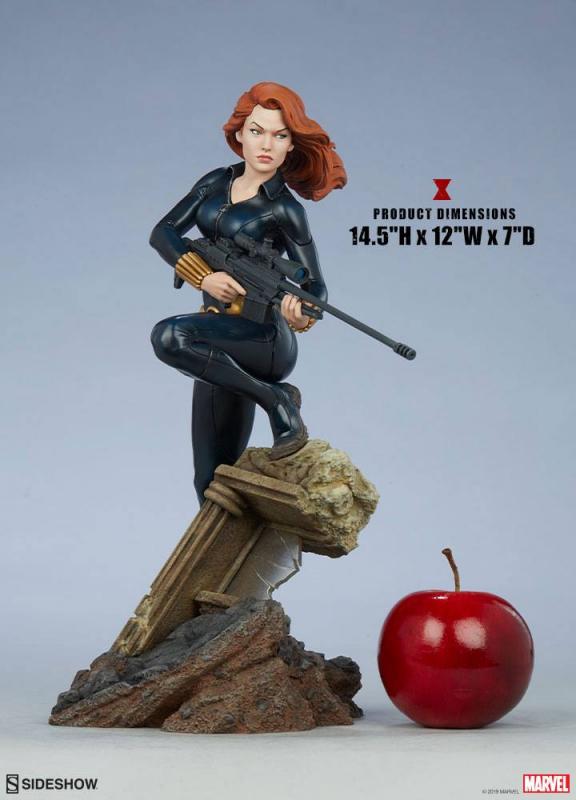 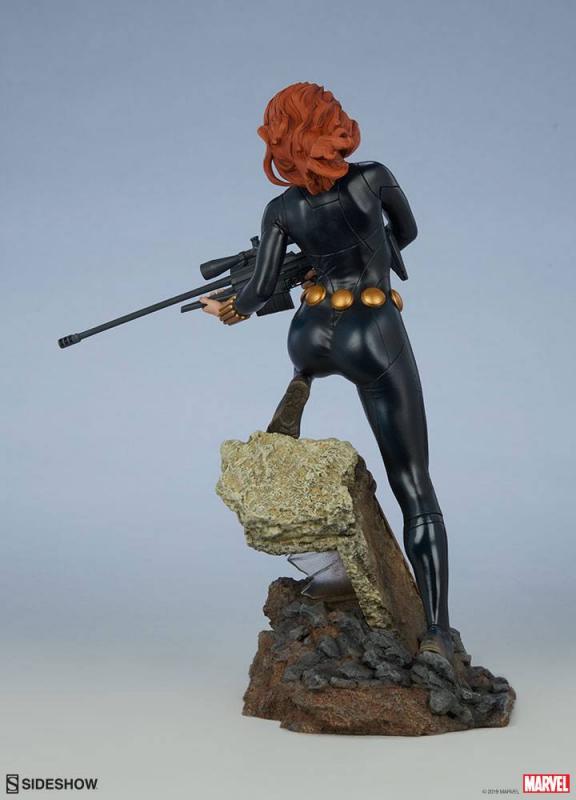 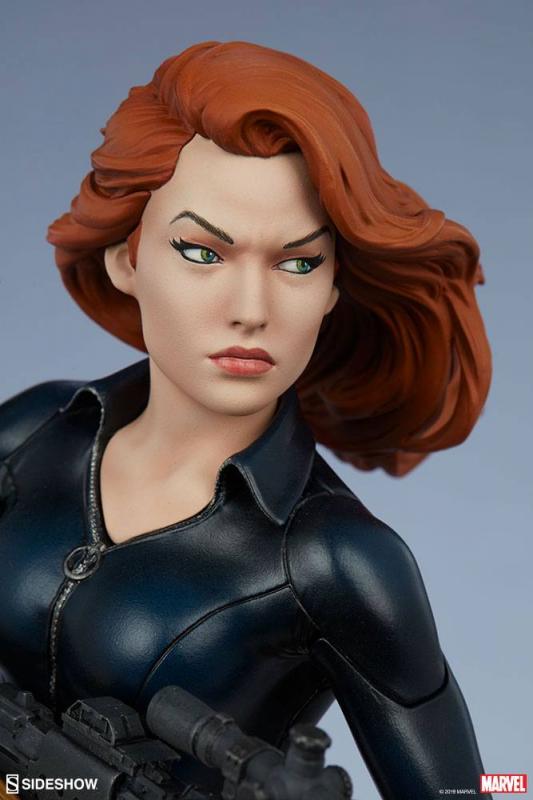 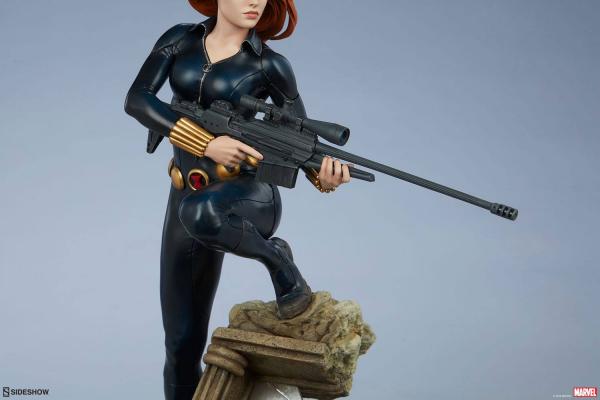 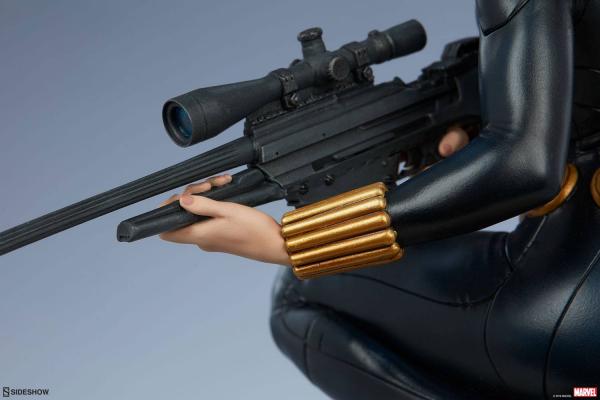 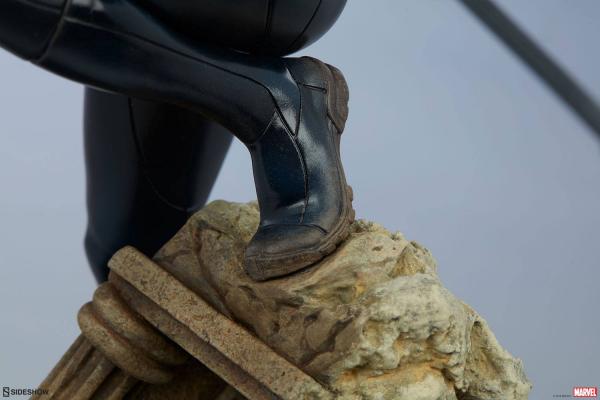 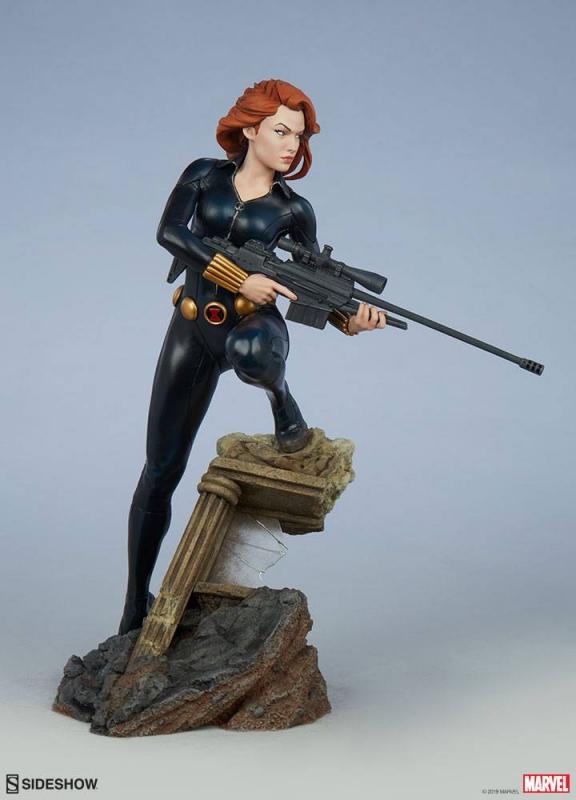 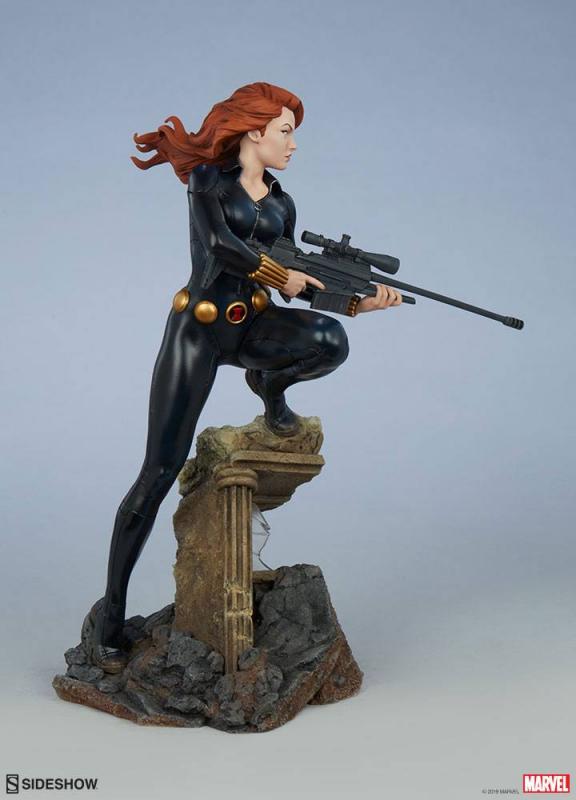 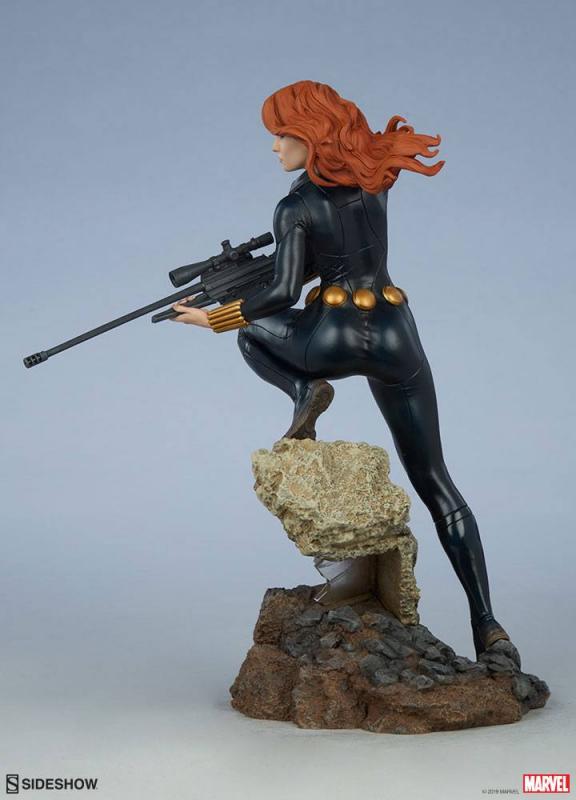 Inspired by some of Marvel's most iconic characters, the 1:5 scale Avengers Assemble collection captures the colorful and battle-ready styles of Earth's Mightiest Heroes!

The polyresin Black Widow Statue measures 14.5" tall as Natasha Romanoff stands alert atop a ruined city building base with a cracked window element. Armed with a sniper rifle, the avenging superspy is ready to help her team and take aim at the next target. Black Widow features a fully-sculpted costume in her signature stealthy black, complete with her gold Widow's Bite bracelets and belt. Her long red hair flows in the wind as she looks on with intense focus, living up to her deadly namesake.

Pair Black Widow with her allies including Black Panther, Captain America, and Iron Man to assemble your ultimate collection of Avengers statues and create an epic battle scene with their destruction-covered proximity bases.

Walk into her web and bring home the Black Widow Statue for your universe of Marvel collectibles today! 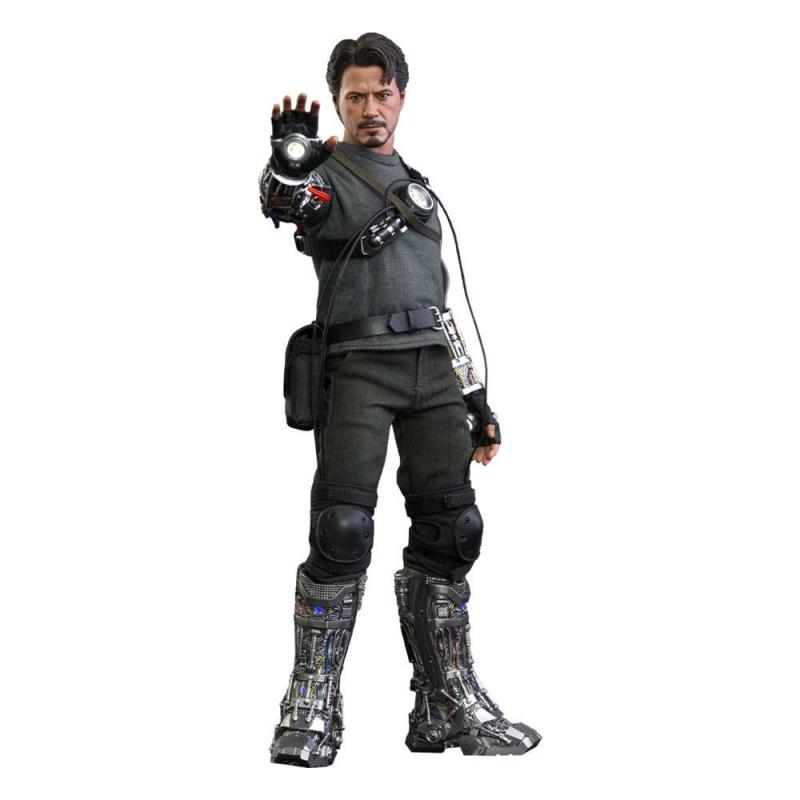 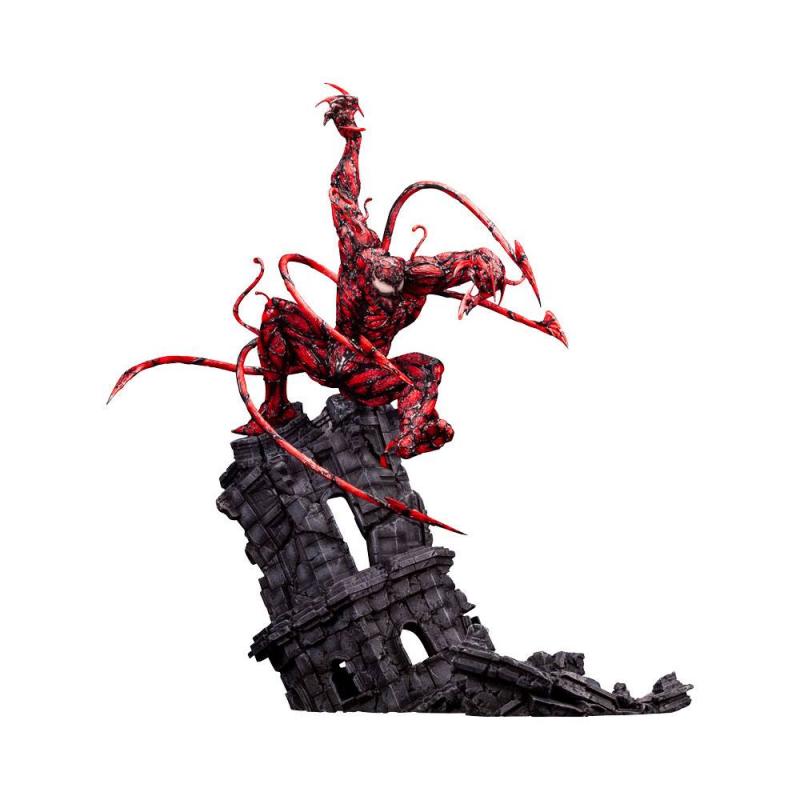 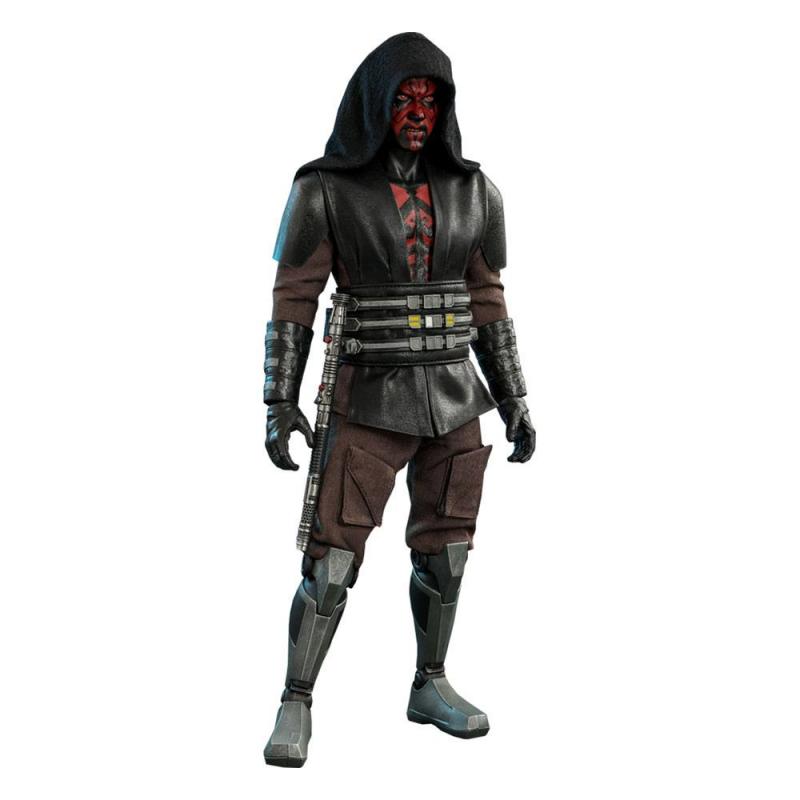 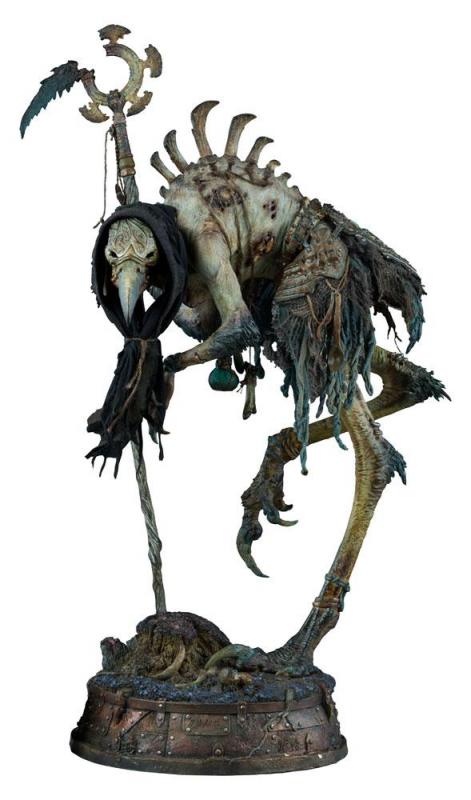 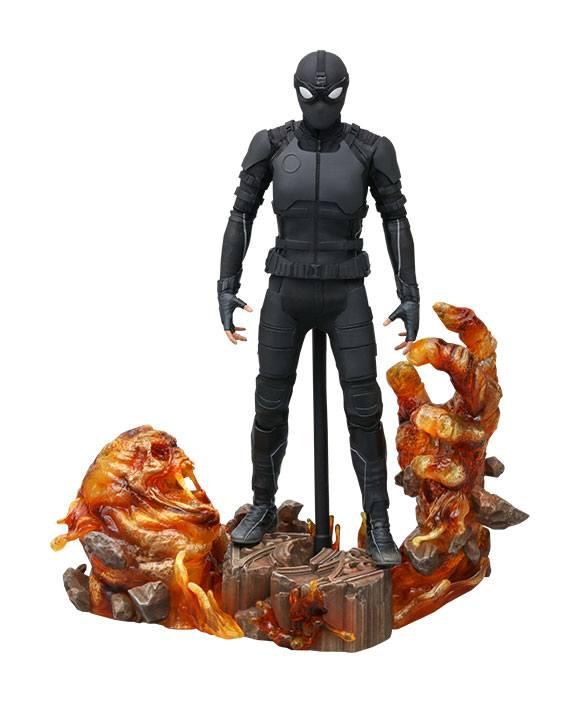 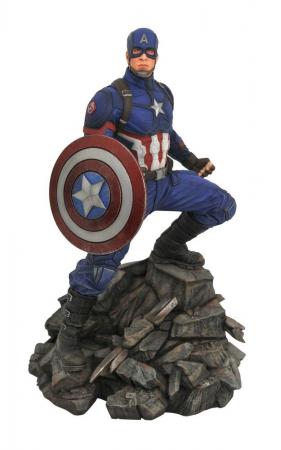