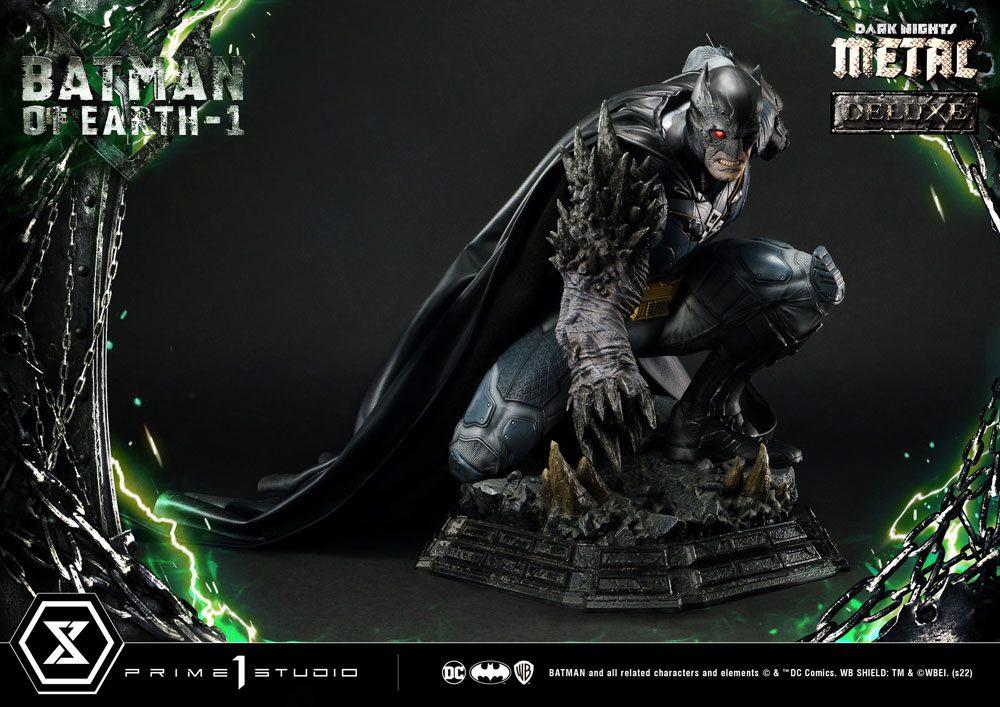 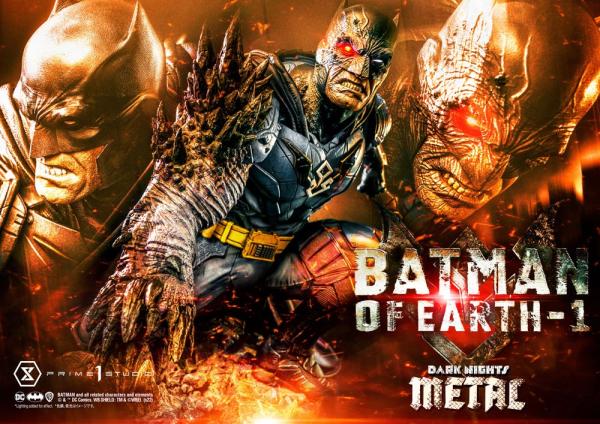 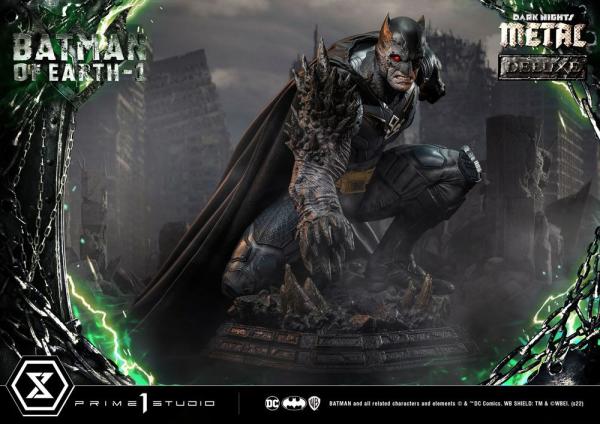 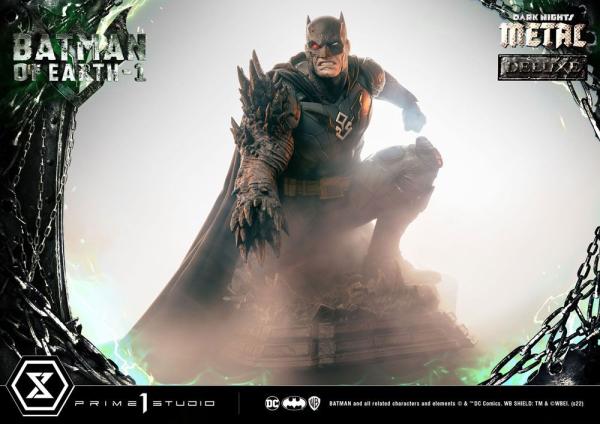 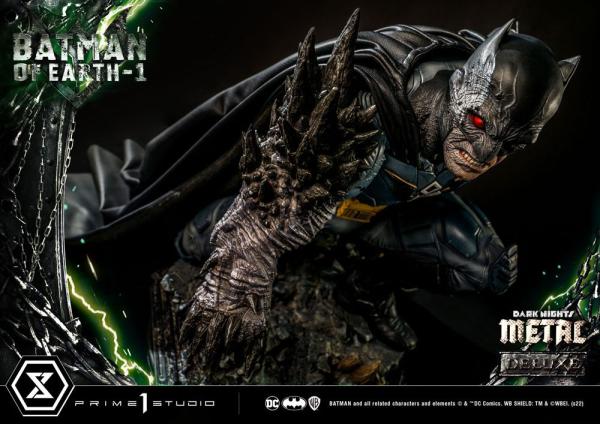 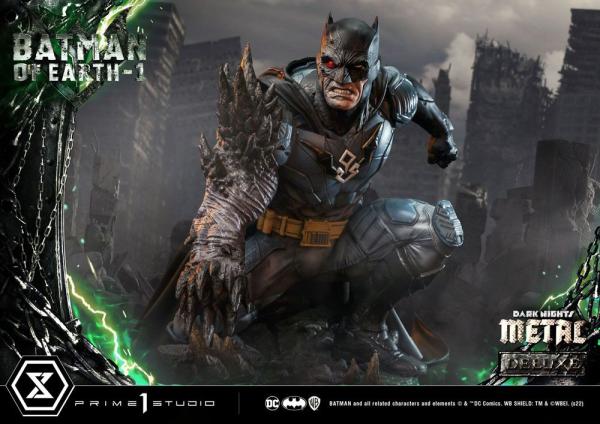 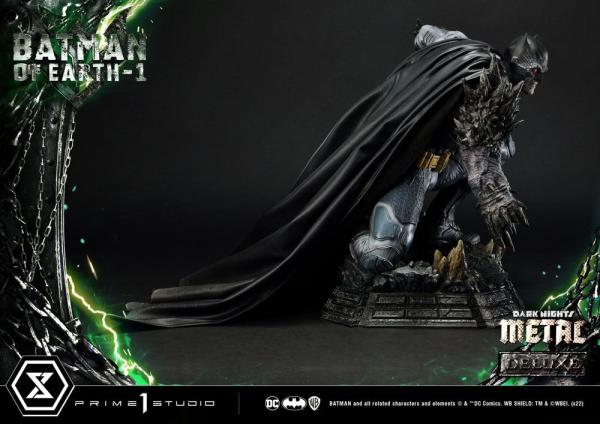 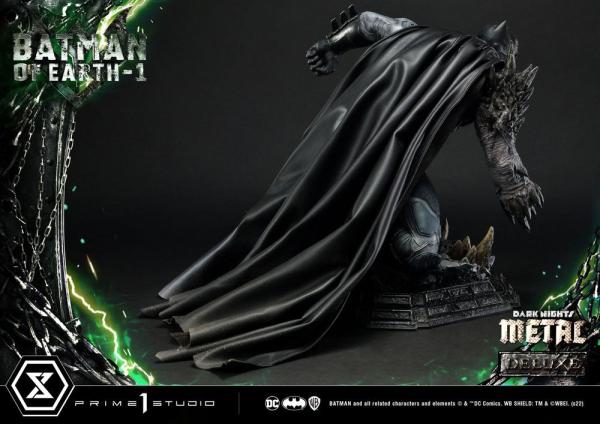 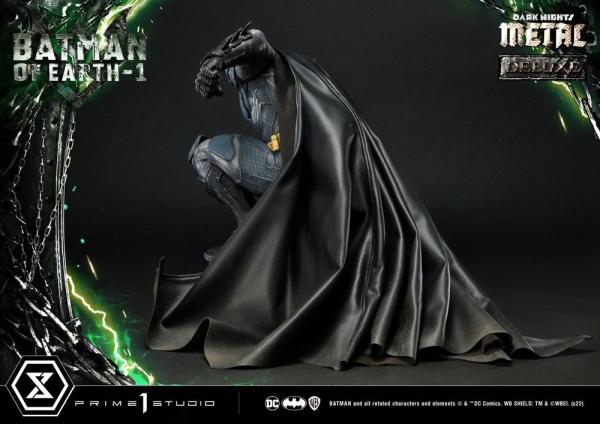 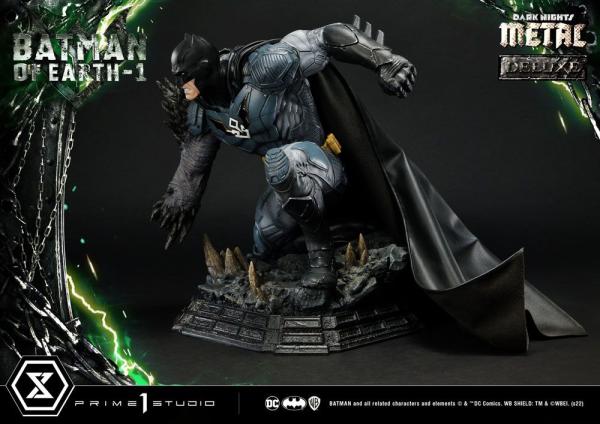 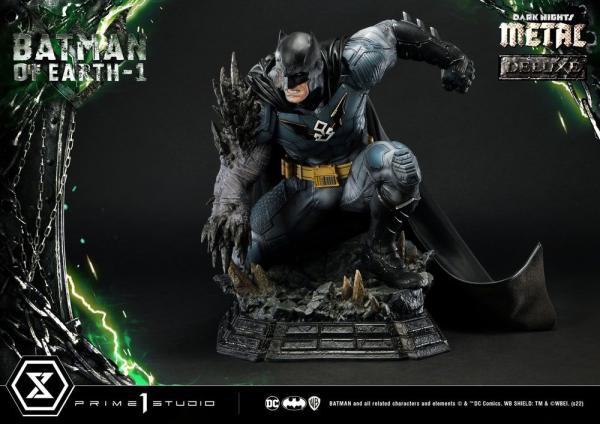 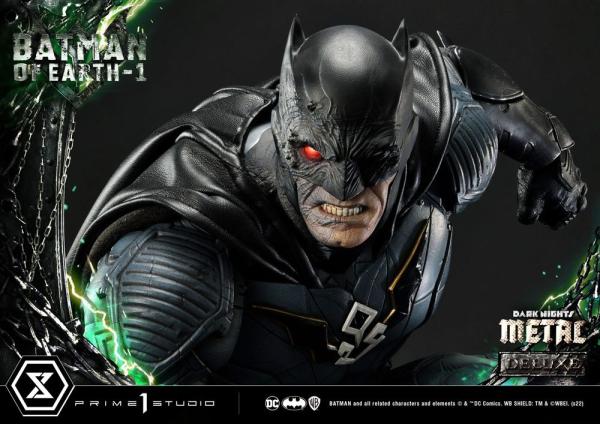 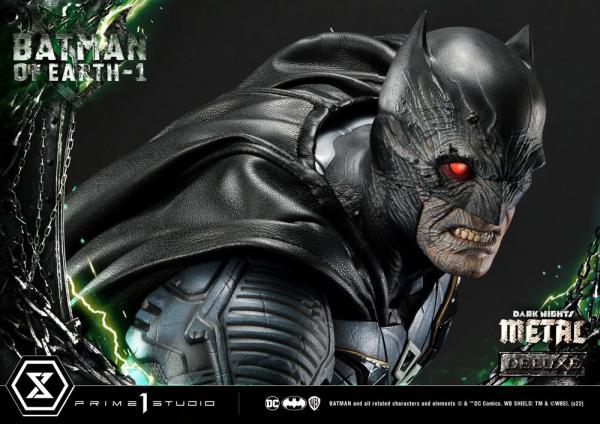 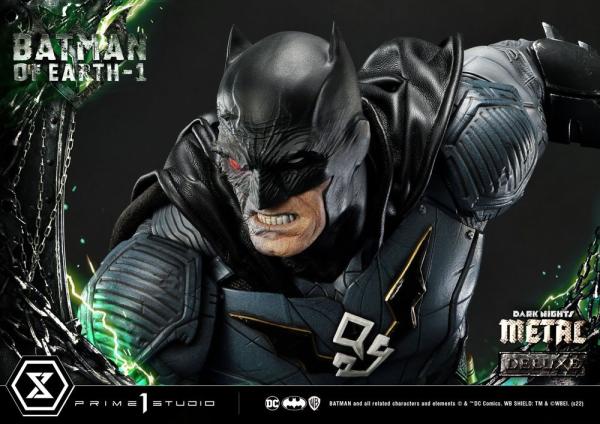 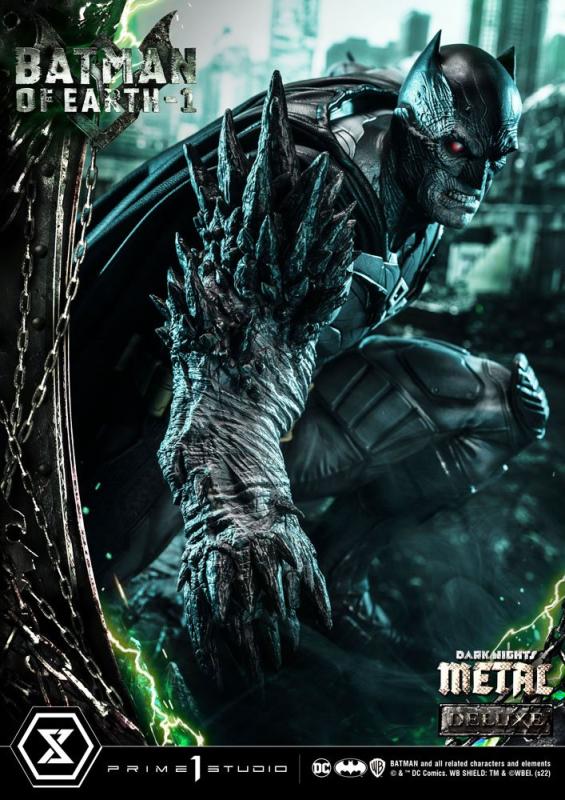 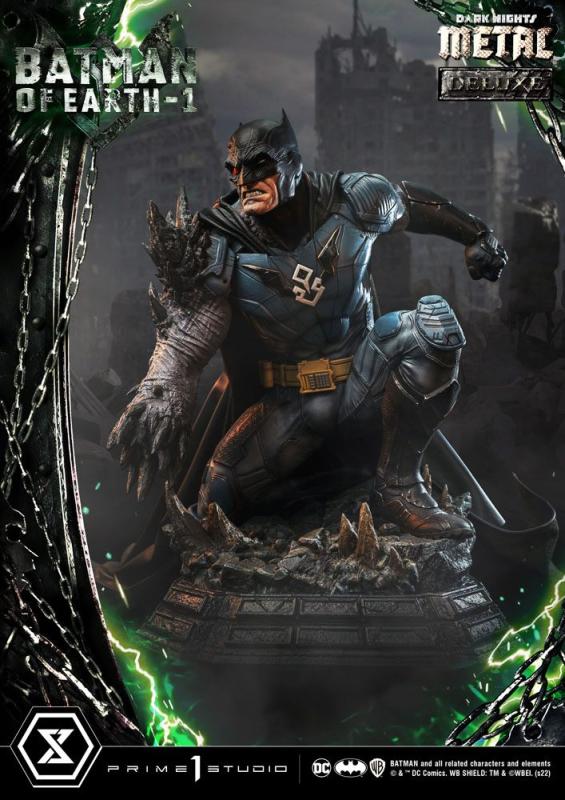 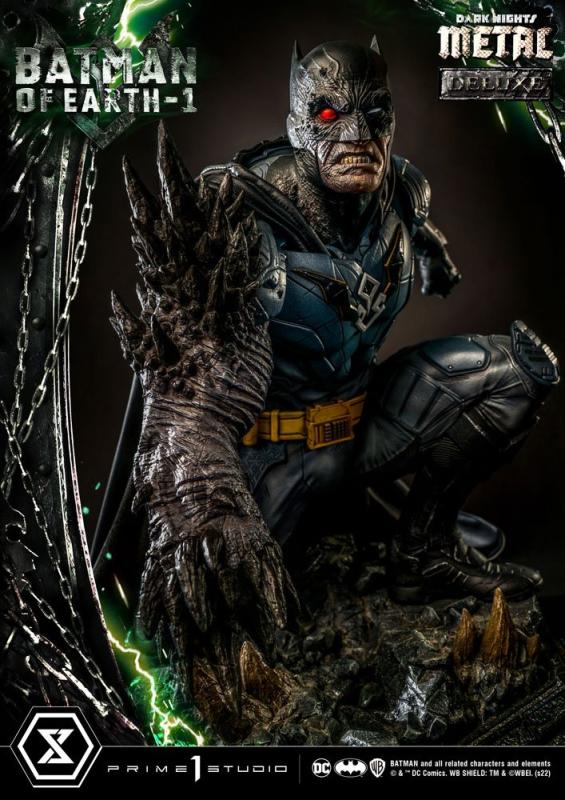 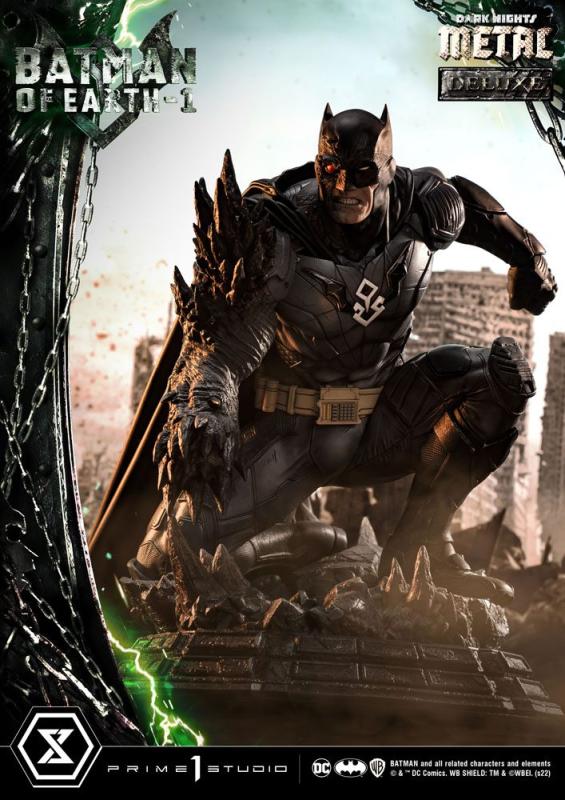 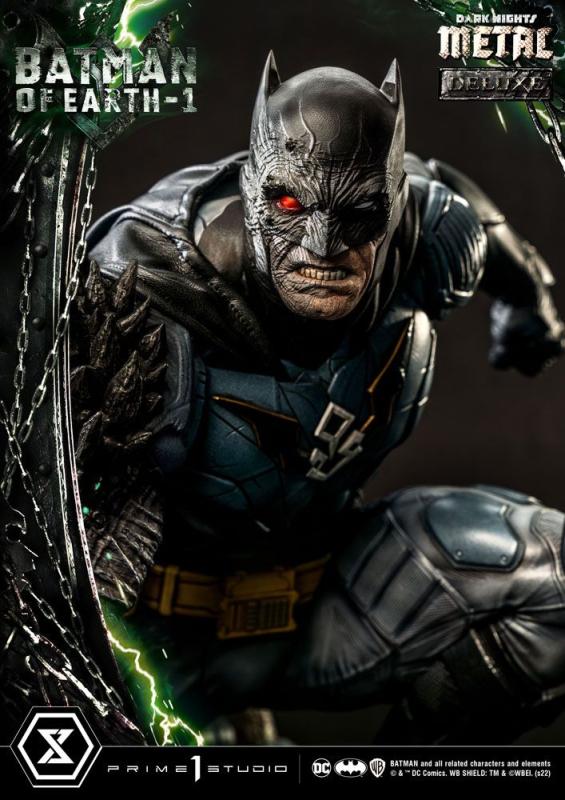 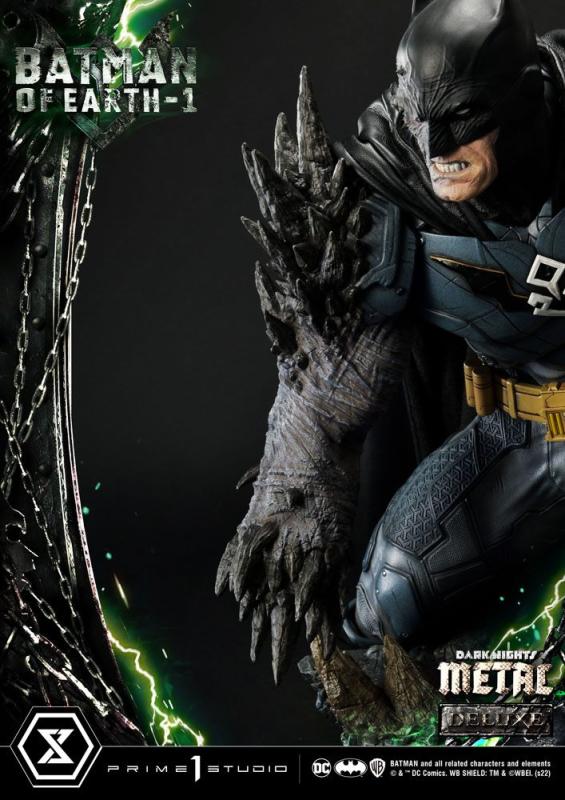 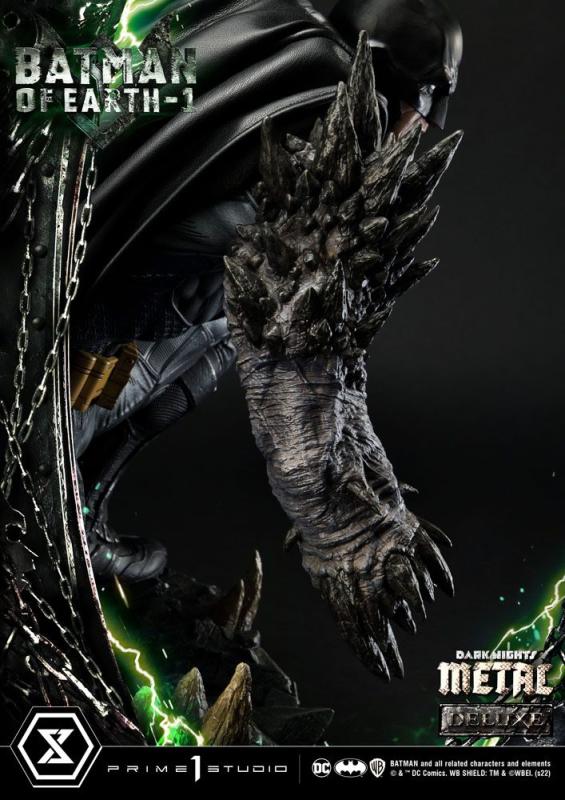 "I really... loved you, Clark. I believed in the world you promised us. You made me hope for a better future. But now I know that it was a lie. And I won't let you hurt me anymore.'
- Batman of Earth-1's last words to Superman before transforming into The Devastator

As a fitting companion piece to the MMDCMT-11 The Devastator, this 17-inch-tall statue was created by Prime 1 Studio's skillful artists as a tragic interpretation of the moments before Bruce Wayne succumbed to the Doomsday Virus that he infected himself with. Before the brutish behemoth that he became, Bruce was the Batman of Earth -1!

At the most pivotal moment of Batman's battle with his Earth's Superman, Bruce infected himself with the Doomsday Virus...and he began to transform into the combination of Superman's greatest foes: a Doomsday with the intelligence of Batman!

Batman of Earth -1 comes with a poseable fabric cape and is portrayed holding a Kryptonite spear, one that would prove ineffective against Superman. This Deluxe Version adds the ultimate accessories, you will have the choice to pick from two (2) swappable heads and two (2) swappable right arms! The added accessories heighten the drama of the piece as they portray Batman in mid-change to The Devastator!

He kneels on a craggy, Dark Nights: Metal themed pedestal as he prepares to launch his next attack on the Man of Steel. 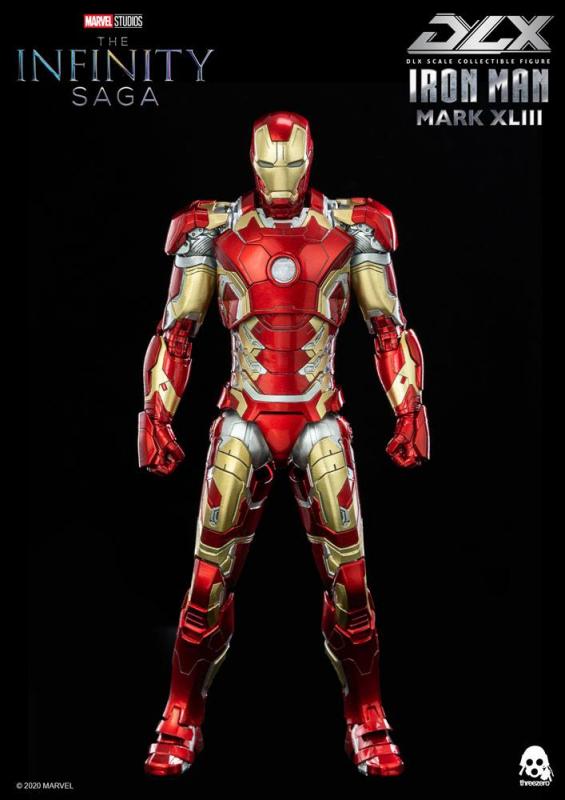 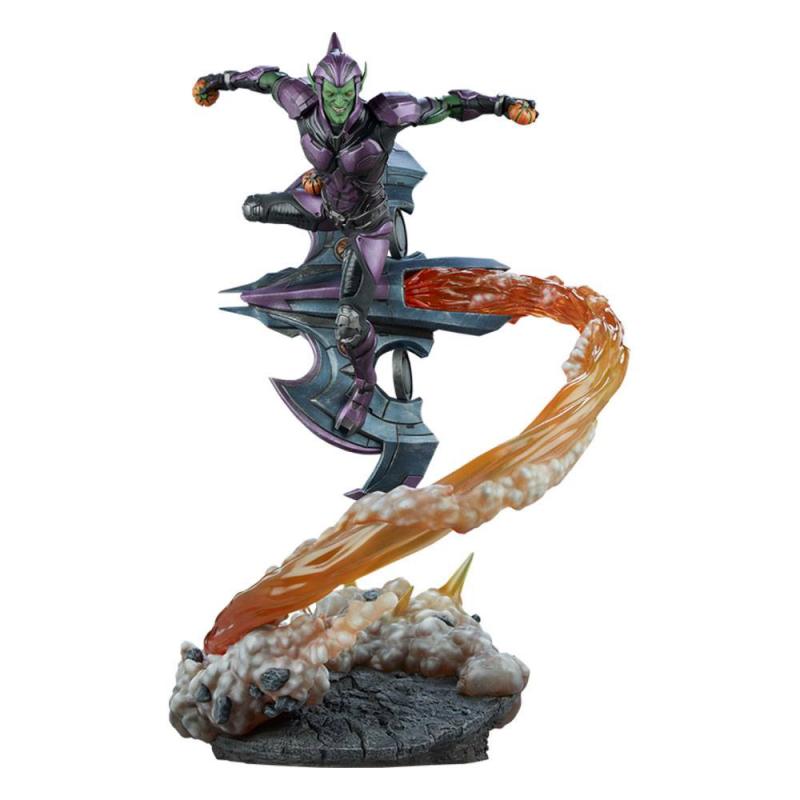 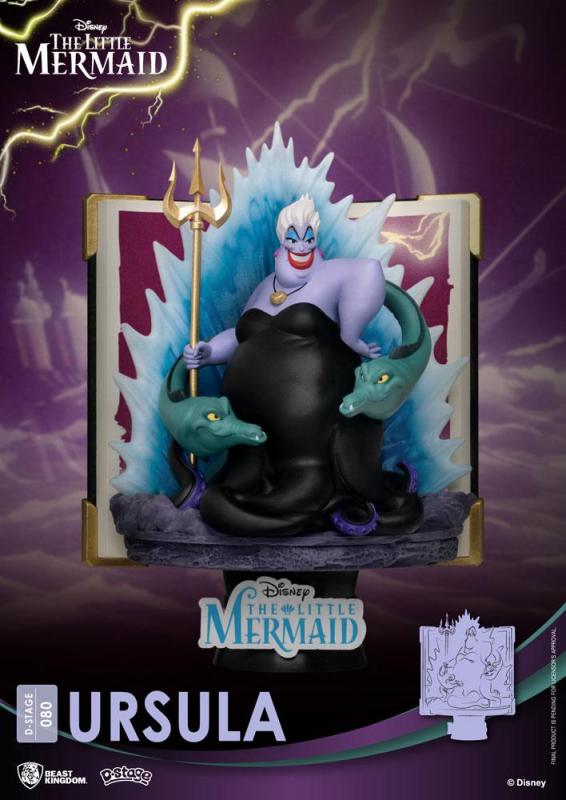 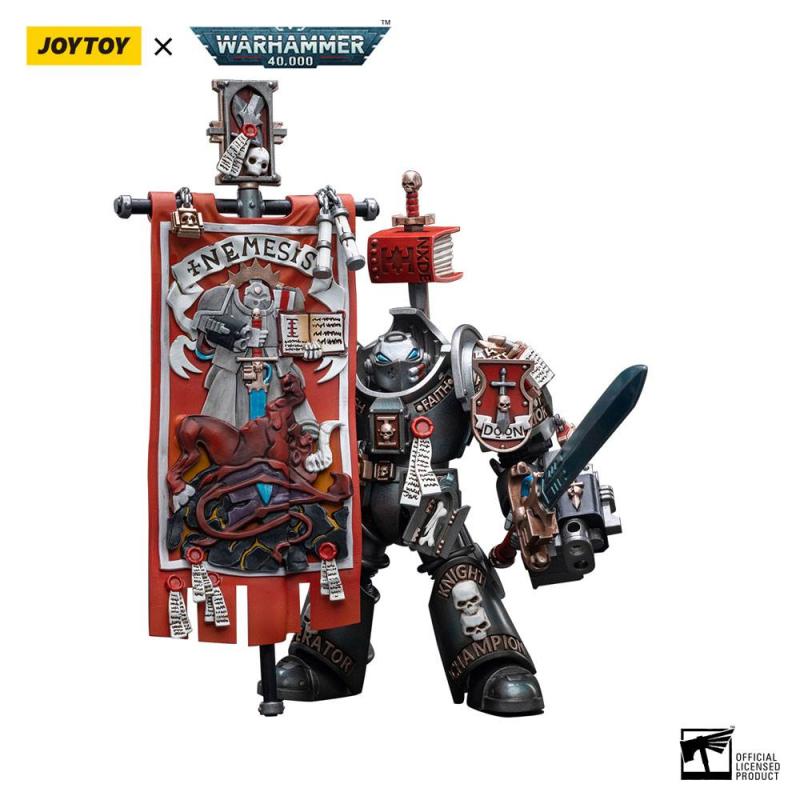 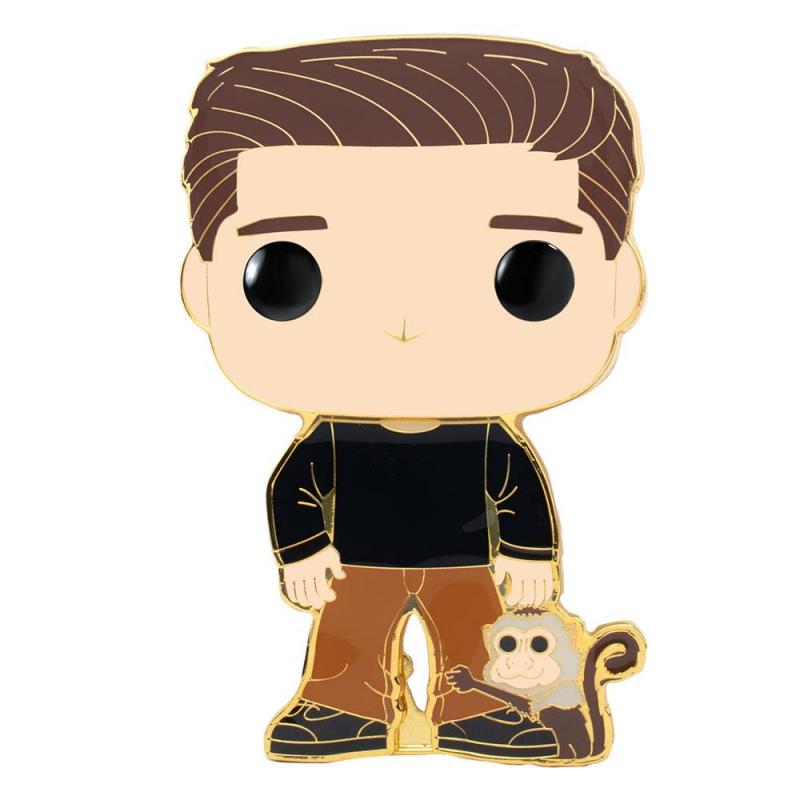 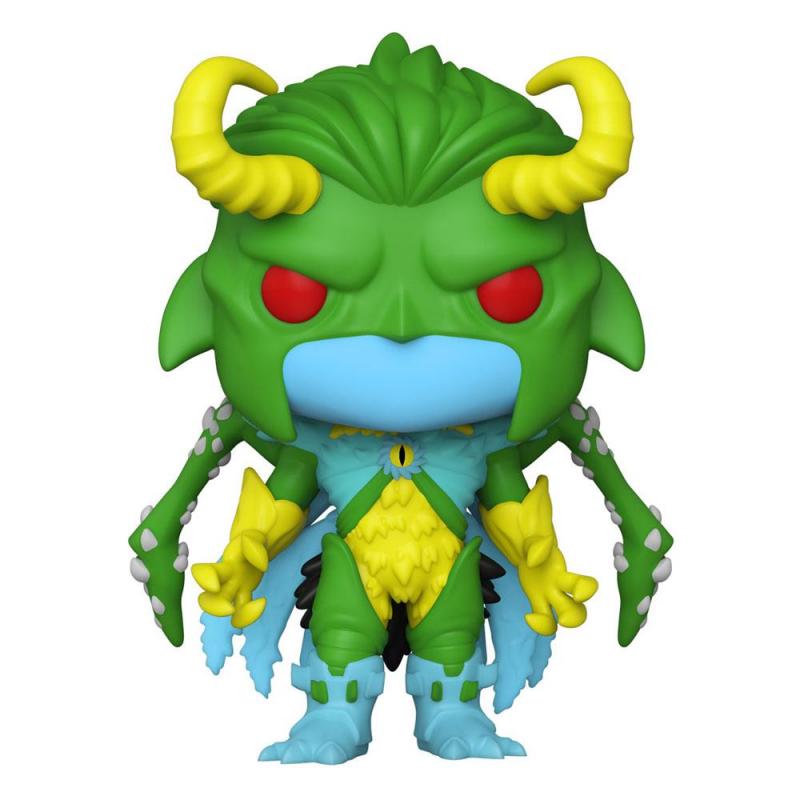