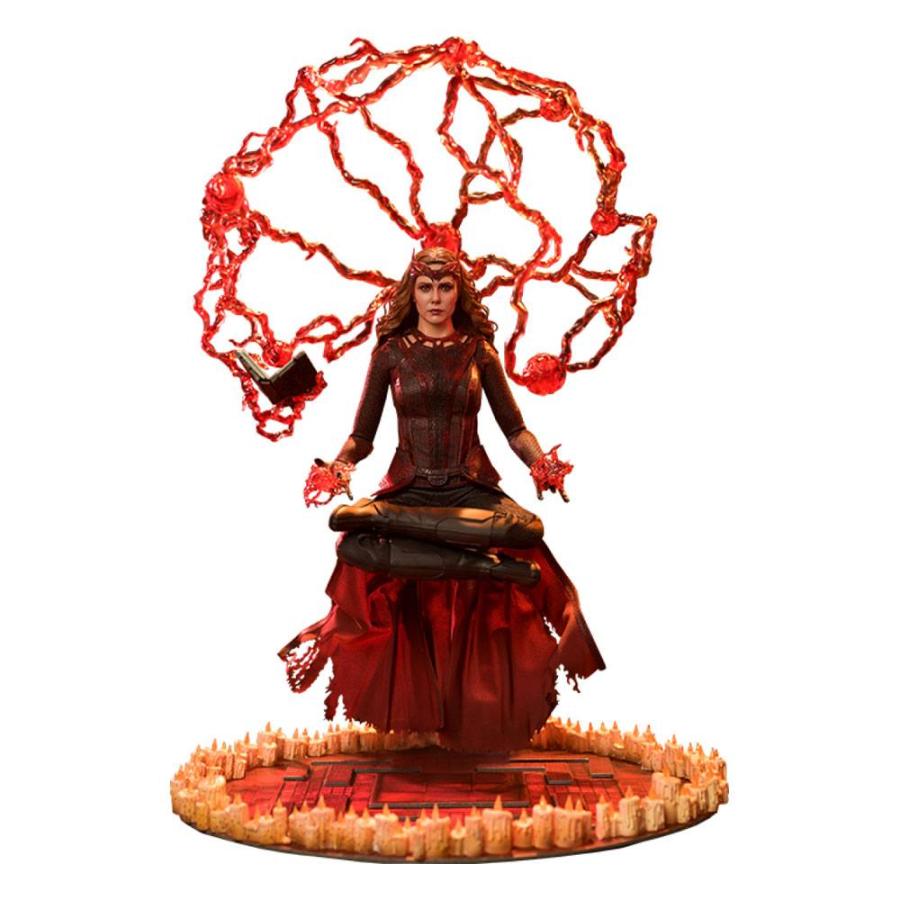 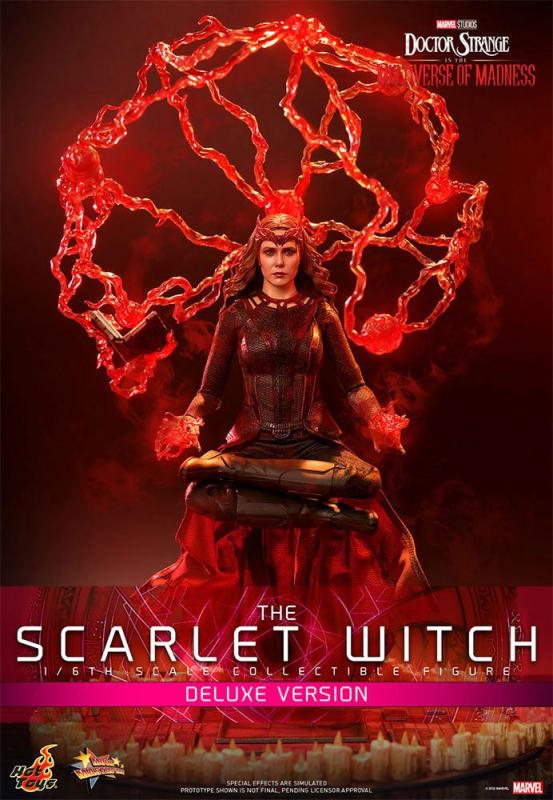 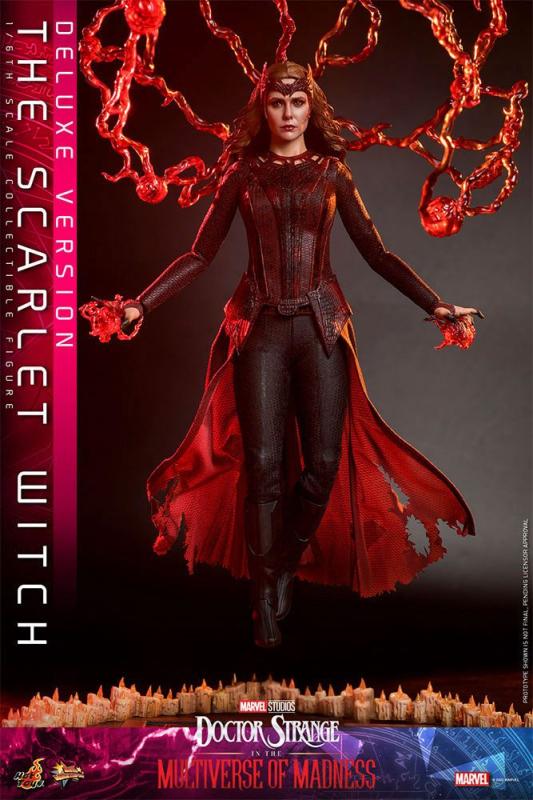 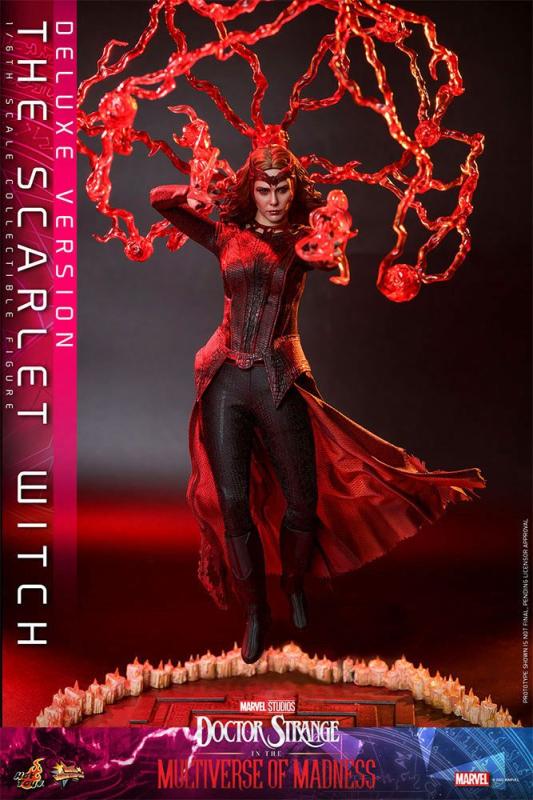 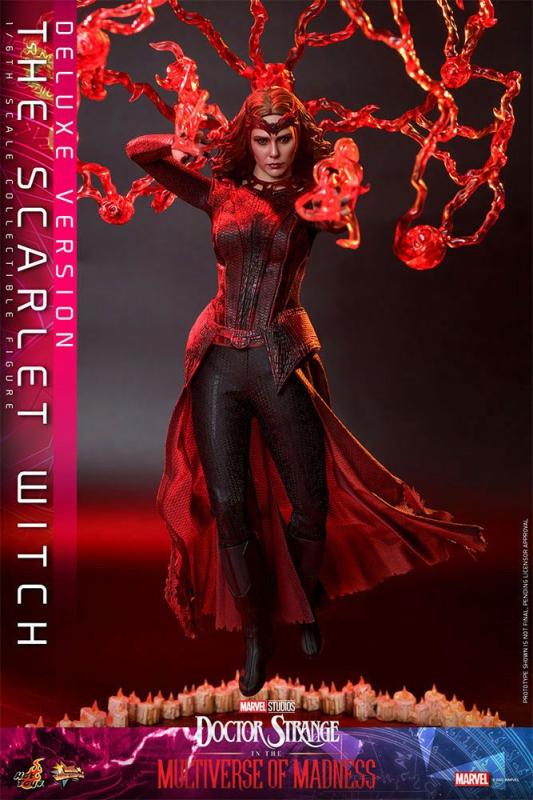 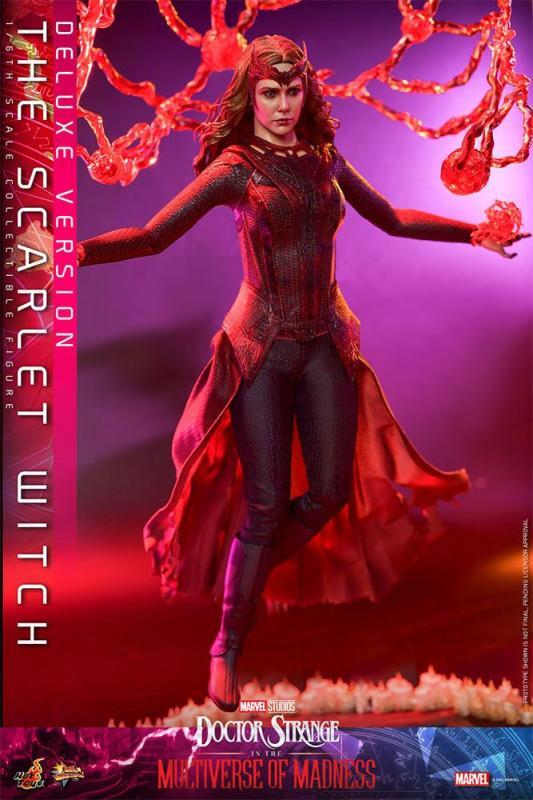 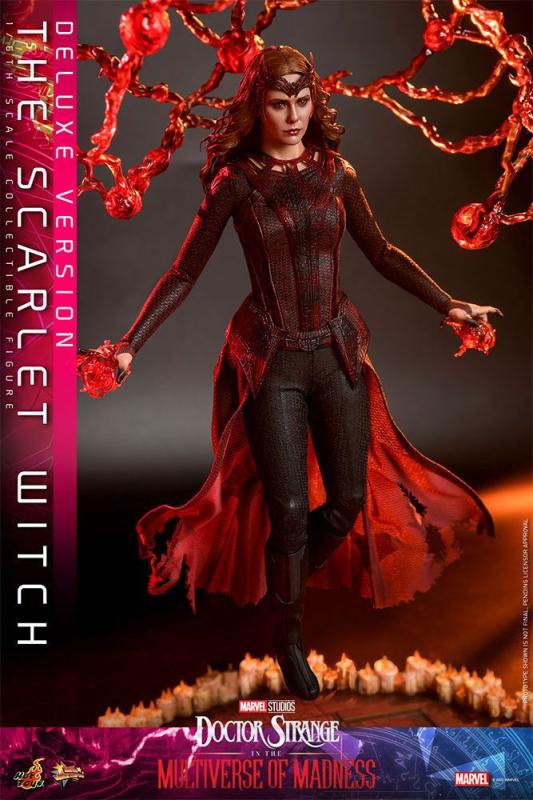 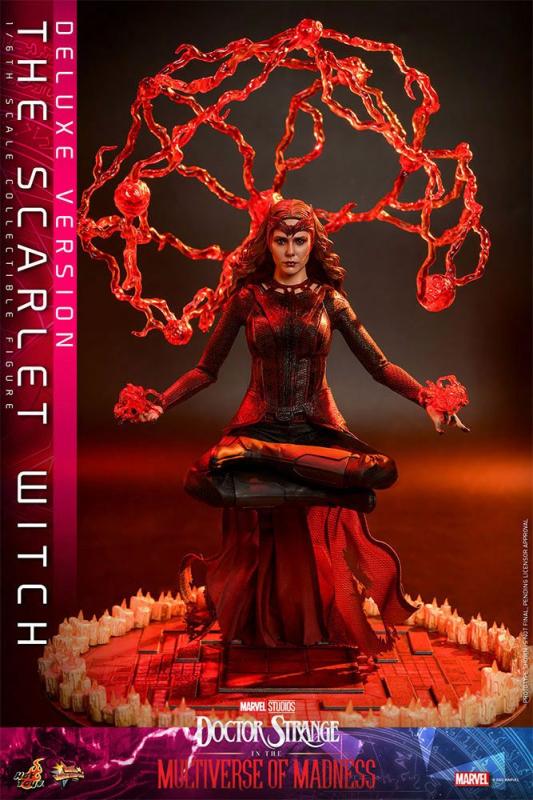 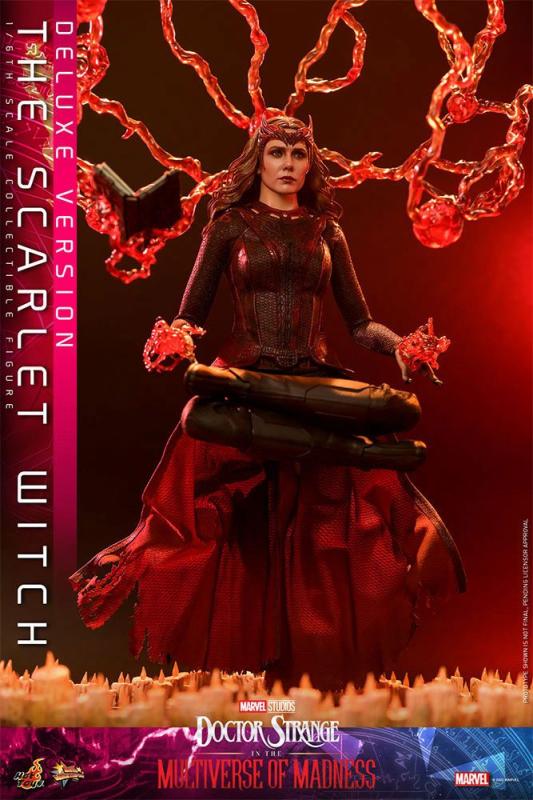 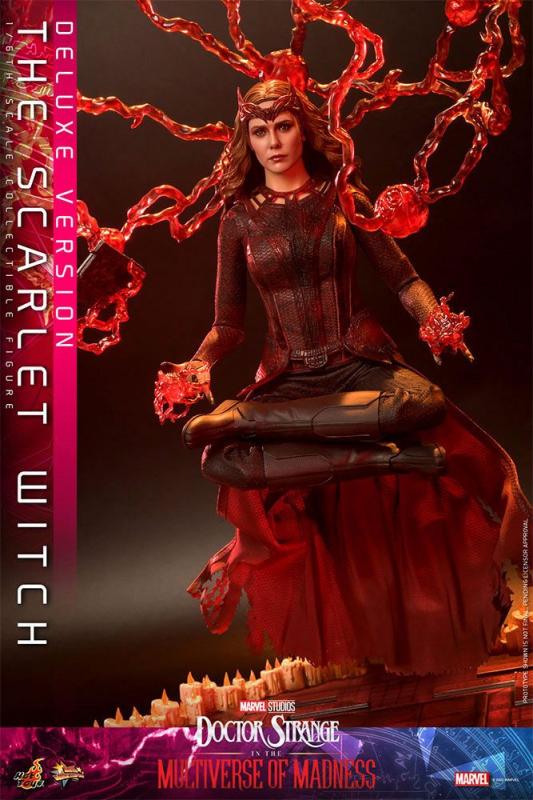 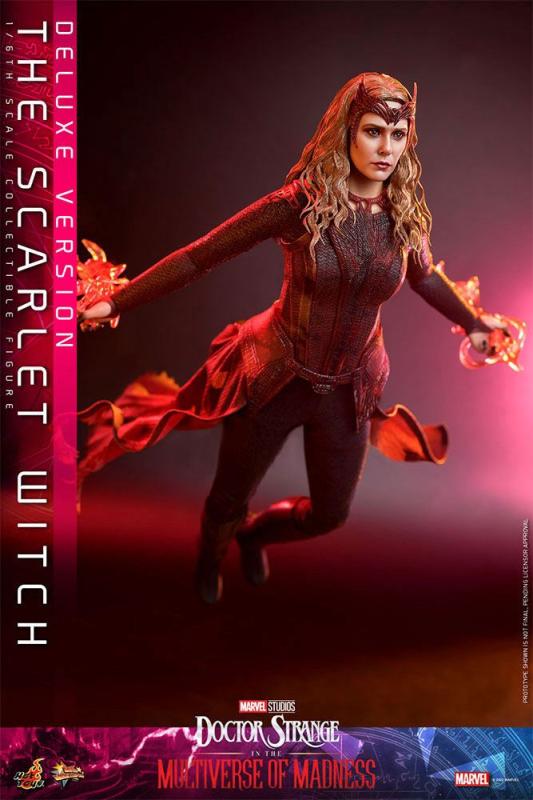 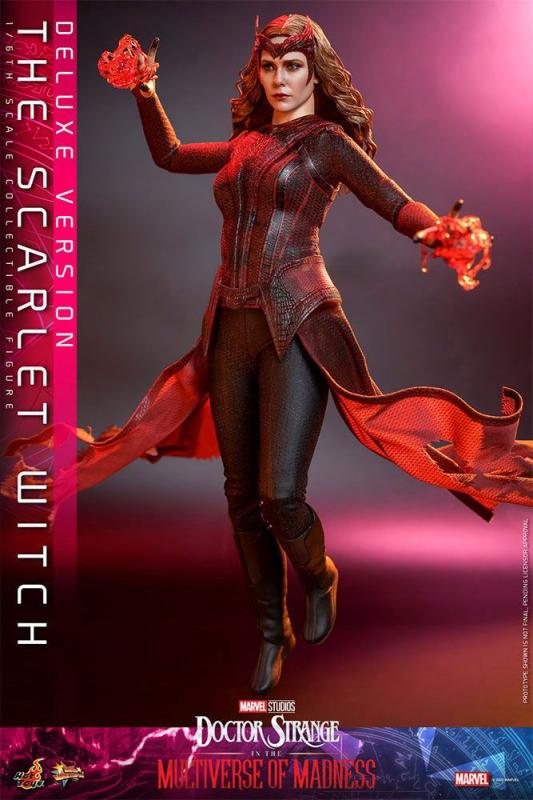 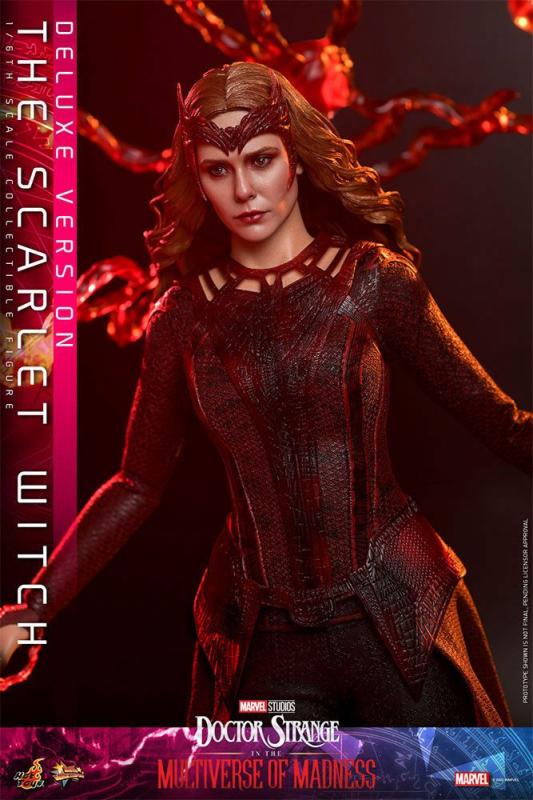 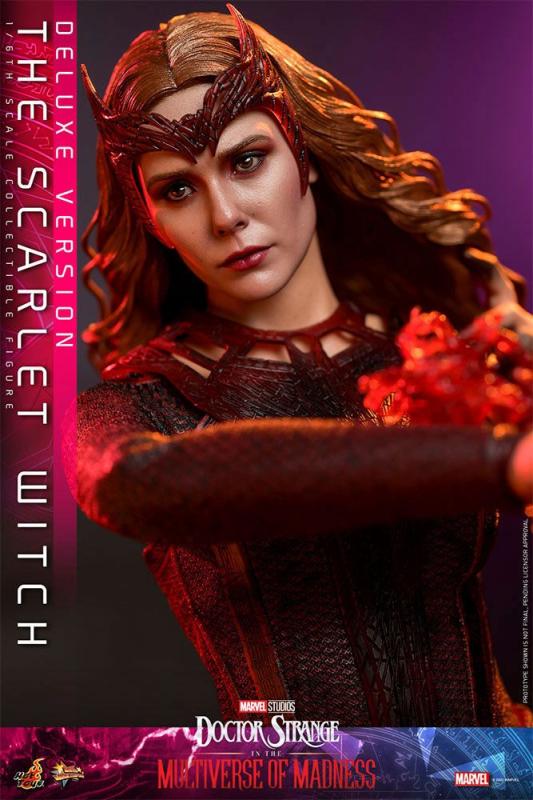 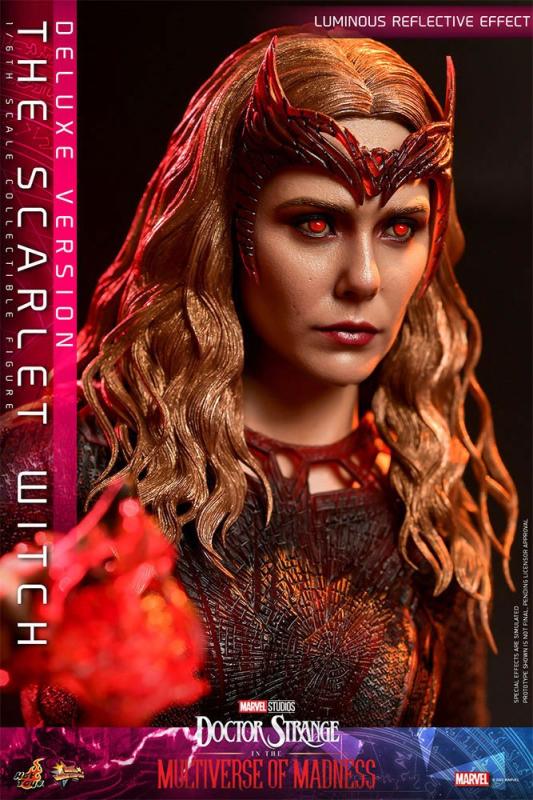 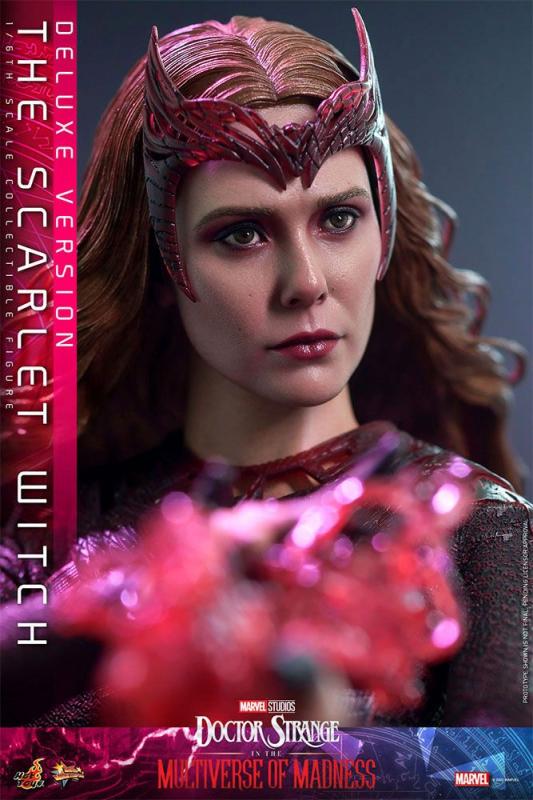 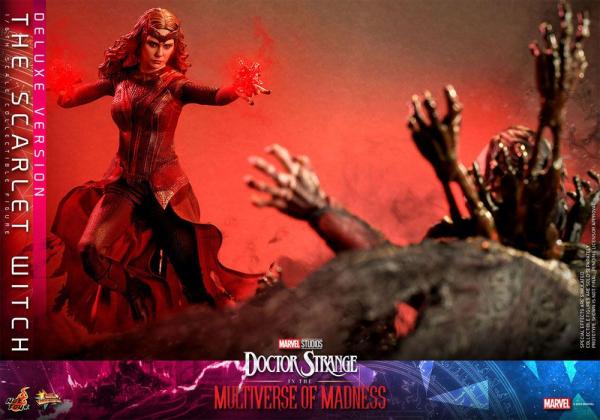 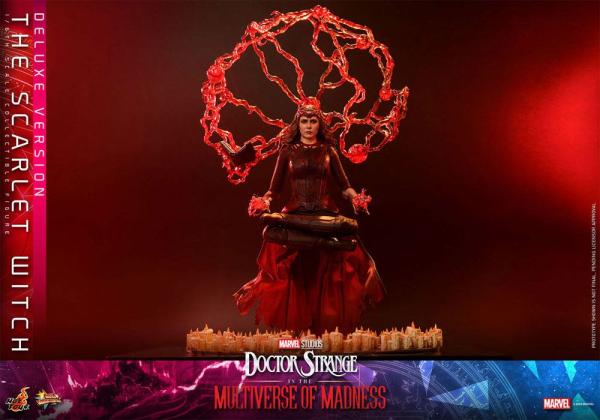 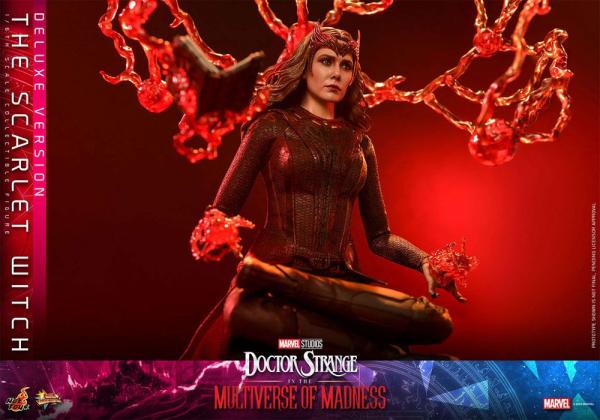 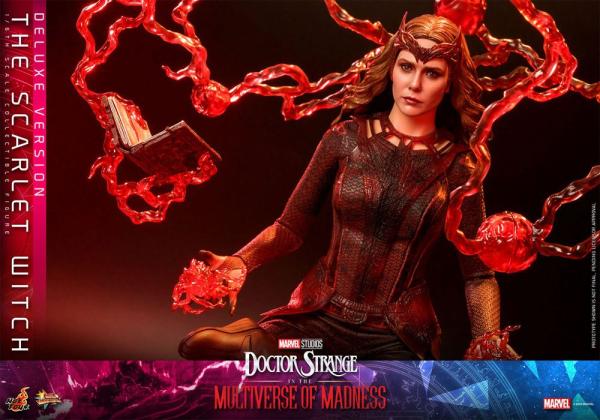 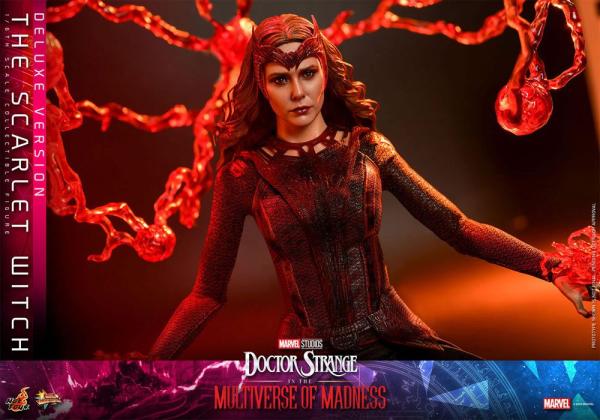 "I do hope you understand what's about to happen - this is me being reasonable." - The Scarlet Witch

Wanda Maximoff, aka The Scarlet Witch, reveals to Doctor Strange how her children exist in every other Universe and her intention to possess the multiverse-traveling power so she can be in a reality where she can finally attain her longing desire. She then uses the Darkhold to dreamwalk and hijacks the consciousness of an alternate version of herself in another universe.

Continuing on the Doctor Strange in the Multiverse of Madness collection, Sideshow and Hot Toys is excited to present the The Scarlet Witch (Deluxe Version) Sixth Scale Figure featuring amazing accessories for the Dreamwalking spell.

Beautifully crafted based on the appearance of Elizabeth Olsen as The Scarlet Witch in the movie, the figure features a newly developed head sculpt and tiara with stunning likeness, two styles of front hair sculptures, specially applied luminous reflective effect on eyes to emulate Scarlet Witch using her abilities, faithful recreation of costume in scarlet red applied with dramatic weathering effects, highly-detailed accessories such as the Darkhold, different styles of power-using effects accessories, and interchangeable hands with black finger tips.

In addition, the deluxe version will exclusively include a Dreamwalking spell effect accessory, candle diorama accessories, and a round-shaped display stand with magic spell graphic card to recreate the scene when The Scarlet Witch casts the forbidden spell.

The Scarlet Witch figure is now trespassing into your Marvel collection! 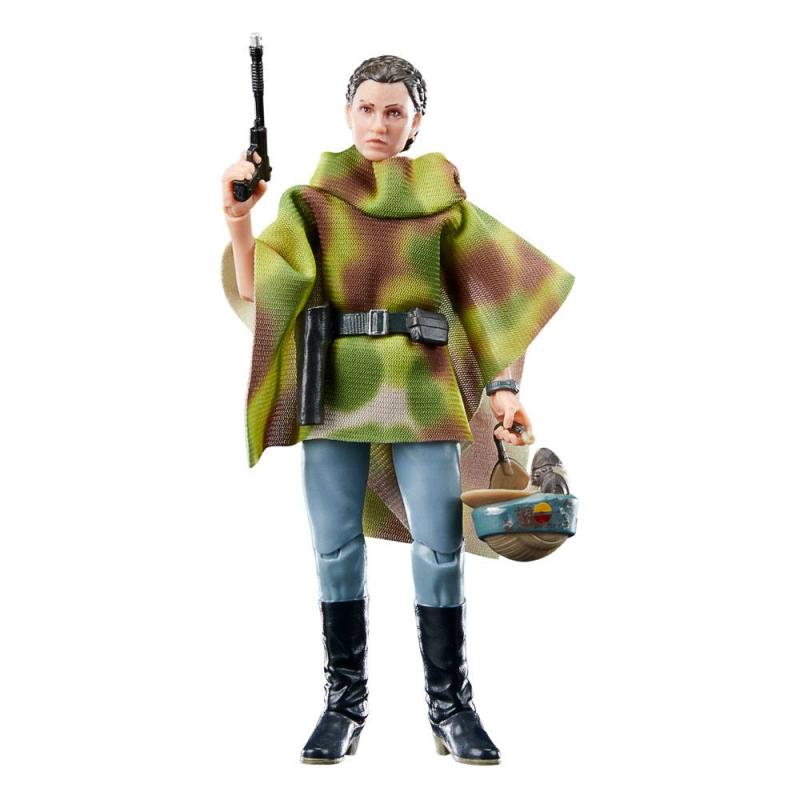 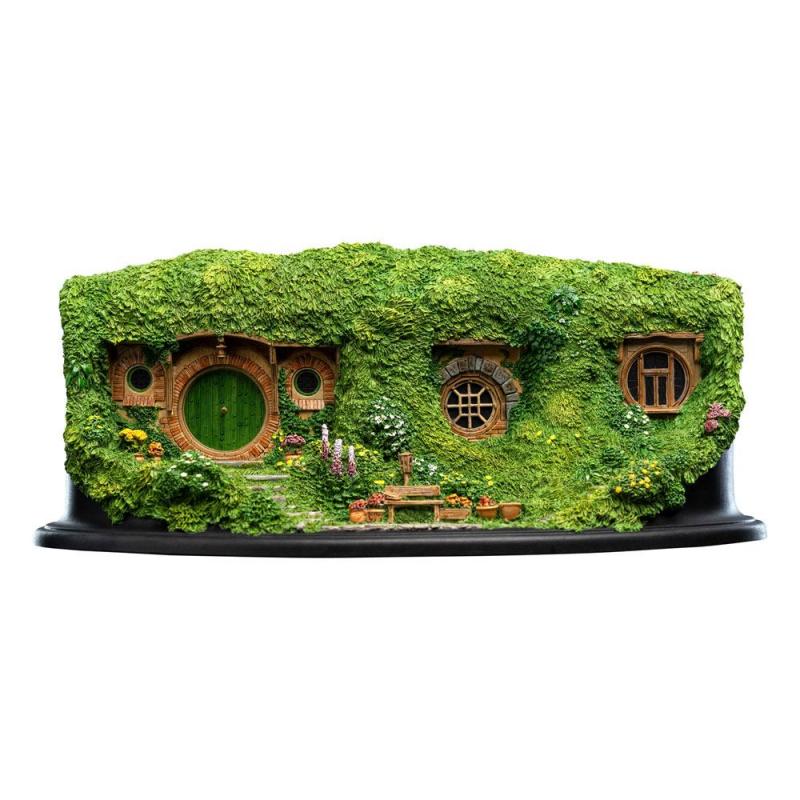 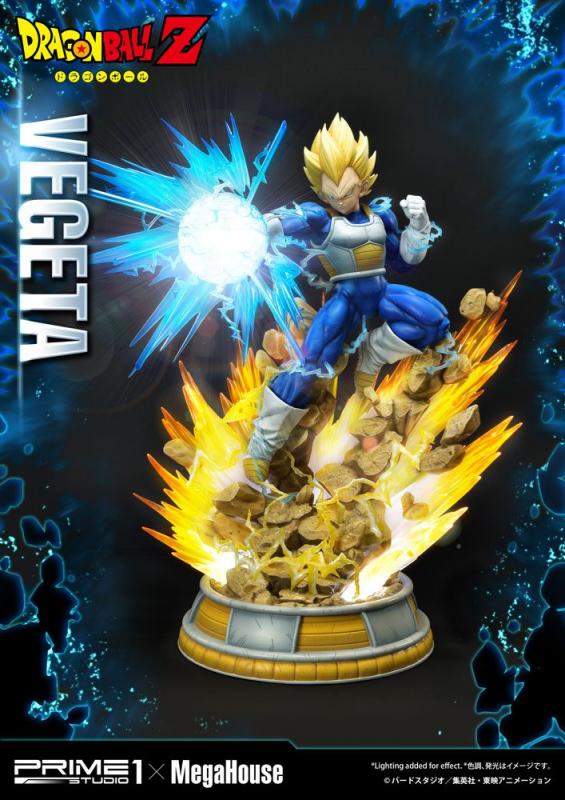 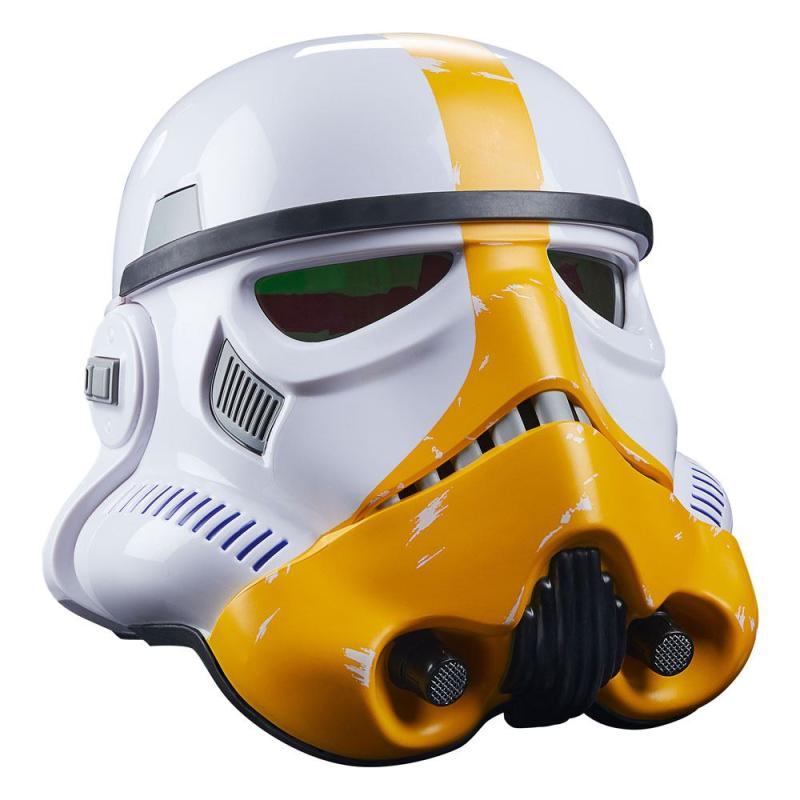 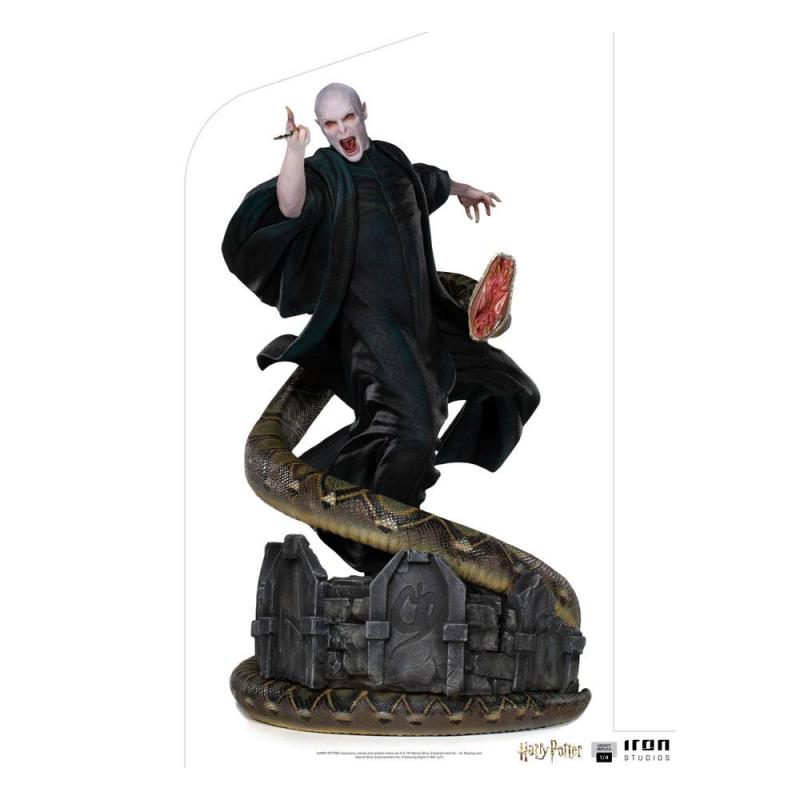 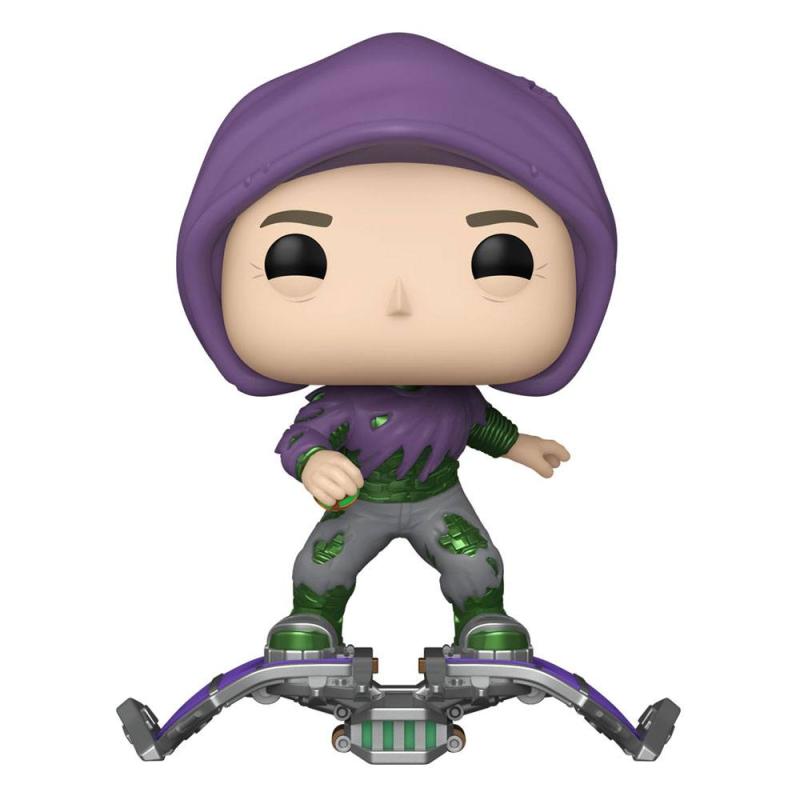