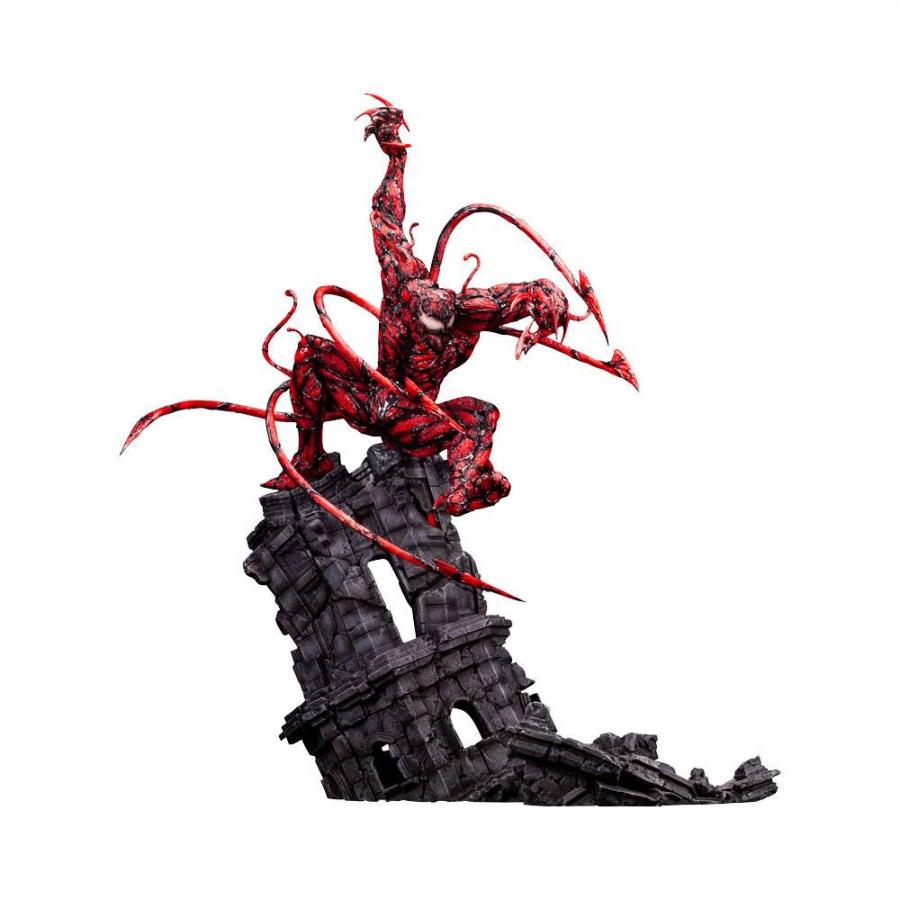 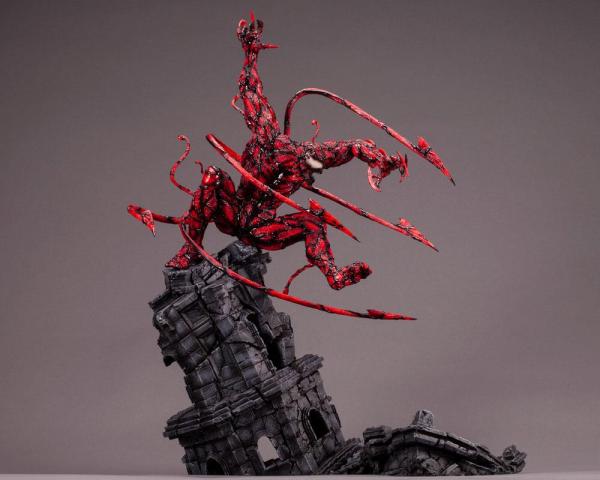 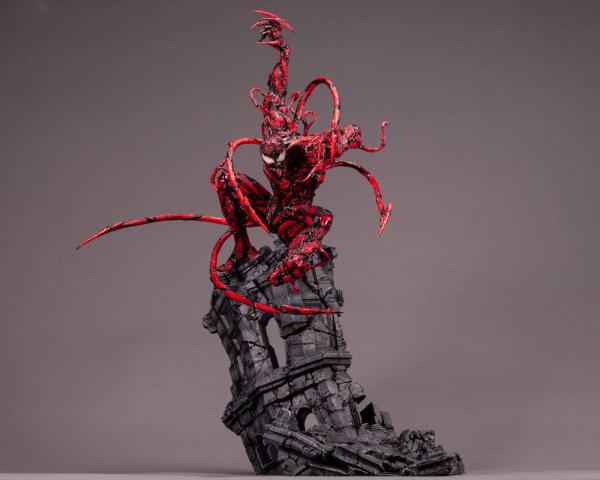 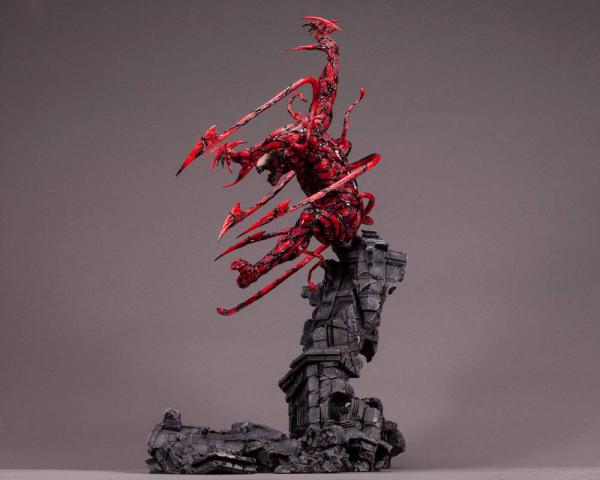 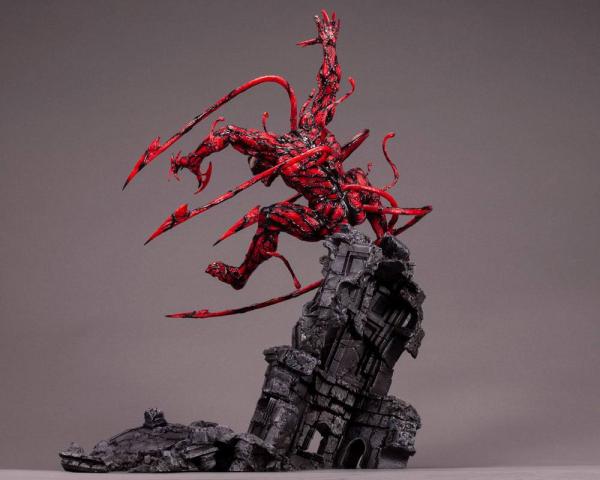 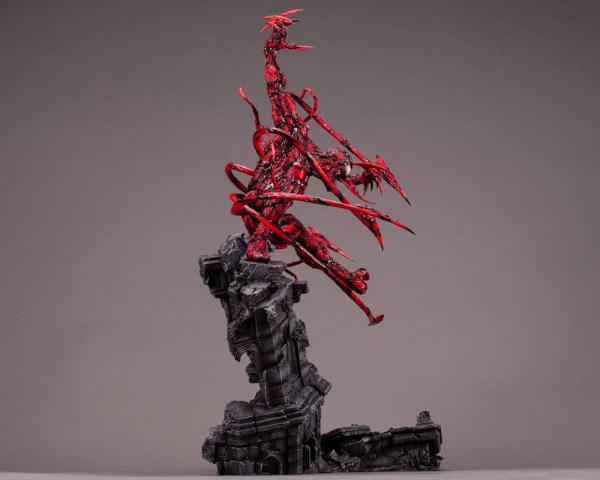 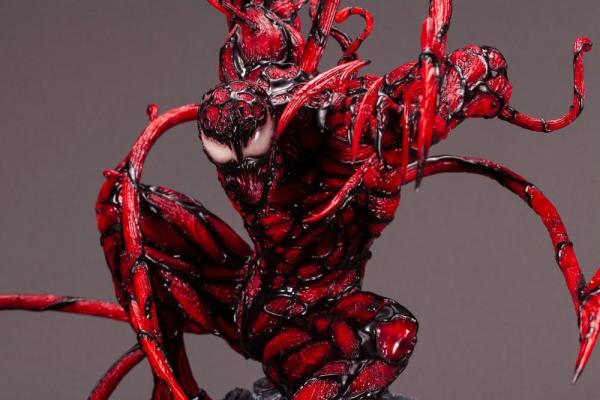 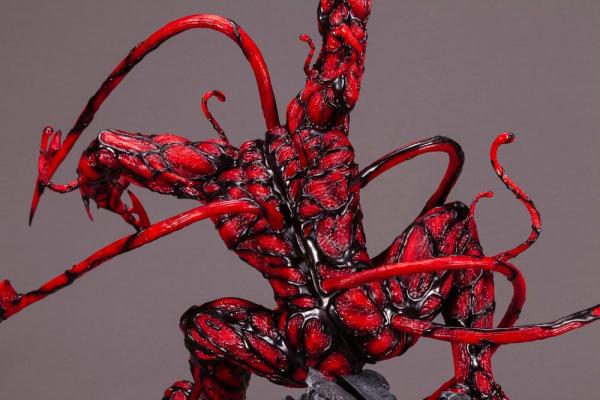 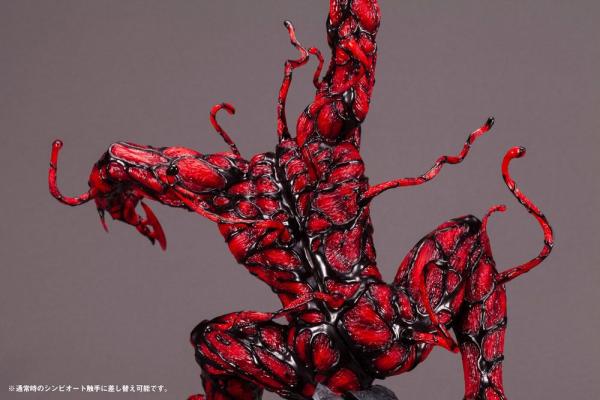 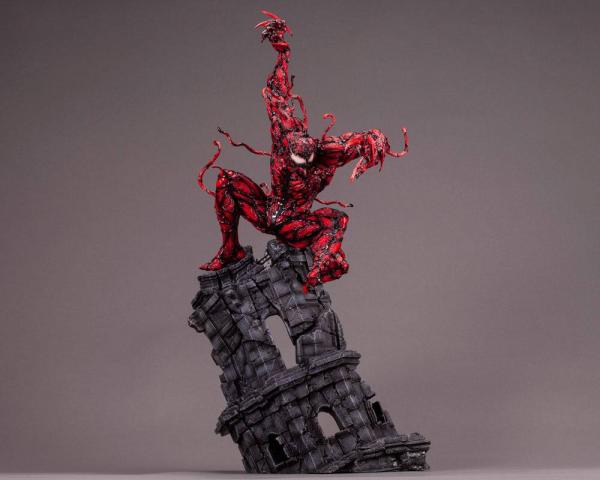 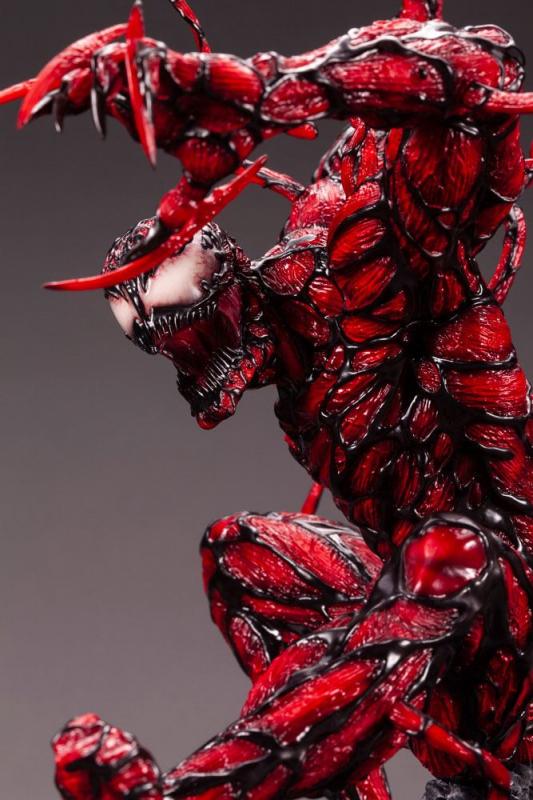 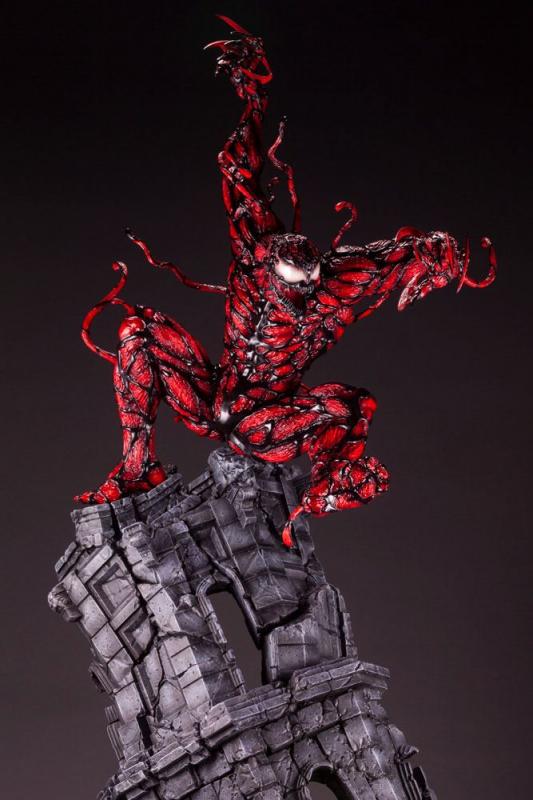 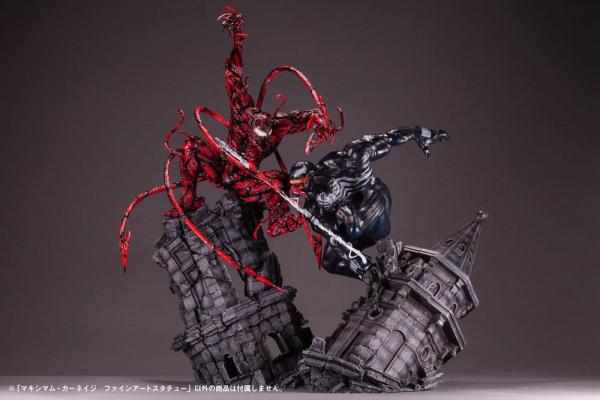 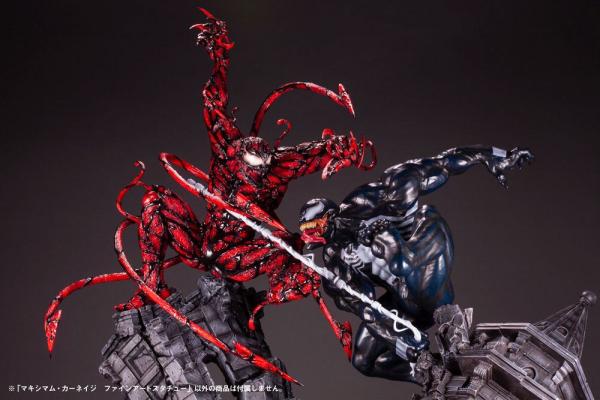 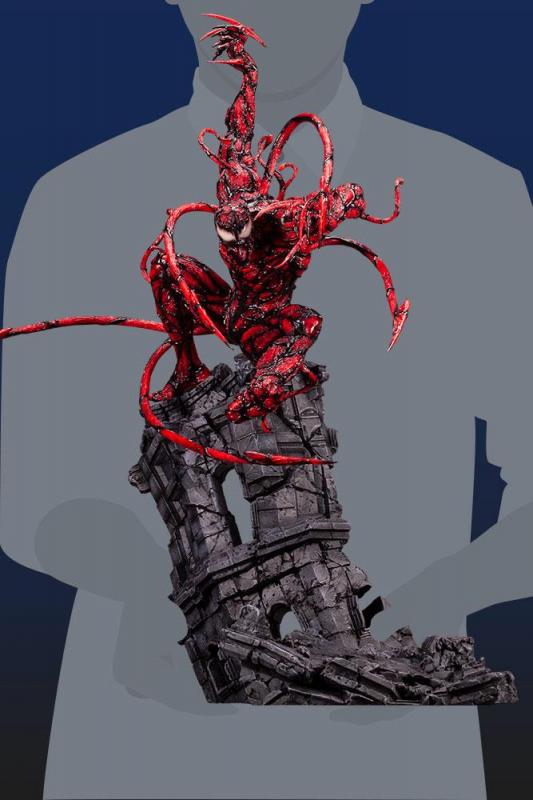 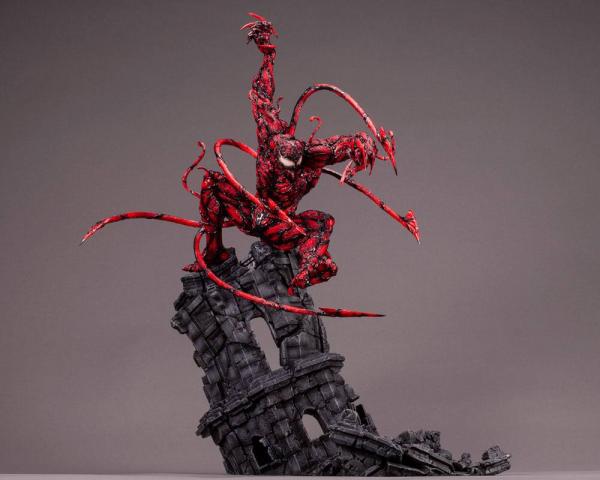 The malicious and destructive Carnage from Spiderman returns to the FINE ART STATUE line.

The intense carving and details in the face of this creature combined with the madness that can only be recreated to the highest level of degree through cold cast exemplifies a level of finish that greatly exceeds the last statue in the FINE ART STATUE line.

A deadly symbiotic attack from Carnage is fully recreated with the steel sharp tendrils emerging from its body. These five tendrils can be exchanged with normal symbiote tendrils included with this statue to recreate other various looks and poses.

Users can thus fully experience the sheer volume that is brought about by this 1/6 scale statue.

While this statue by itself is already full of impact as it shows a scene of Carnage attacking from the top of a crumbling building on the brink of collapse, but by using the included expansion base, users can also attach ARTFX Venom to this statue to recreate the battle between the two symbiotes.

The intense battle scene from the legendary crossover comic "MAXIMUM CARNAGE" is brought to life through the supreme quality of the FINE ART STATUE series in this voluminous "Maximum Statue"! 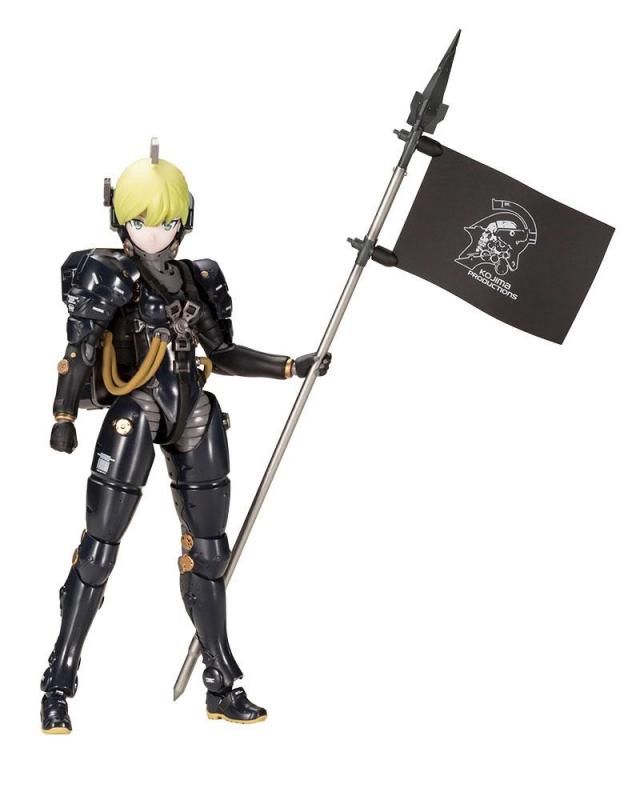 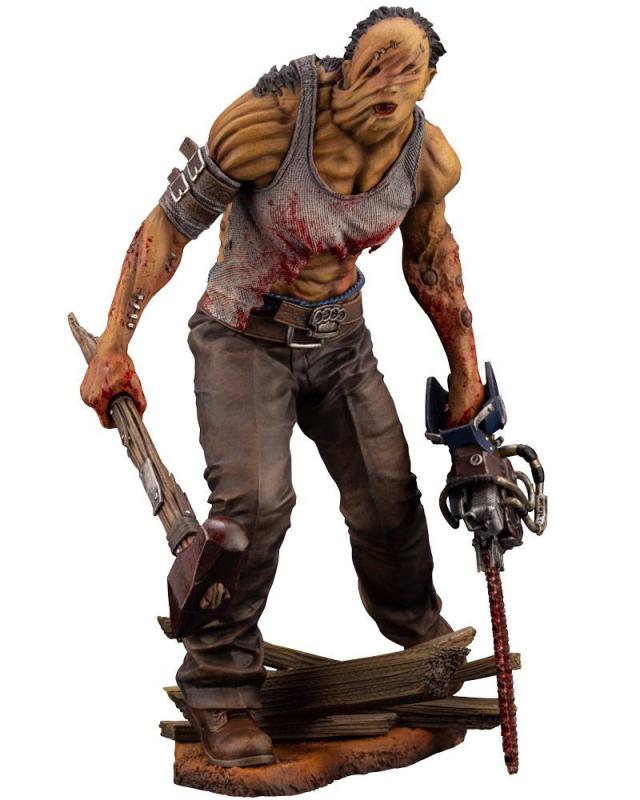 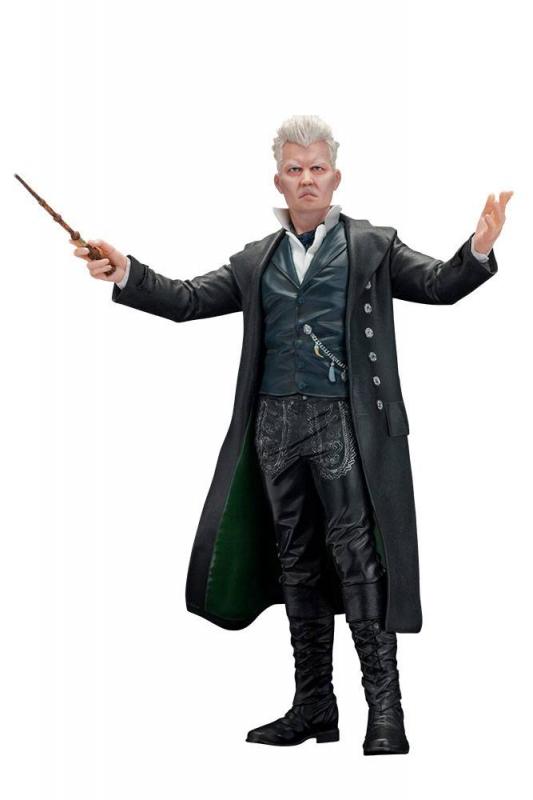 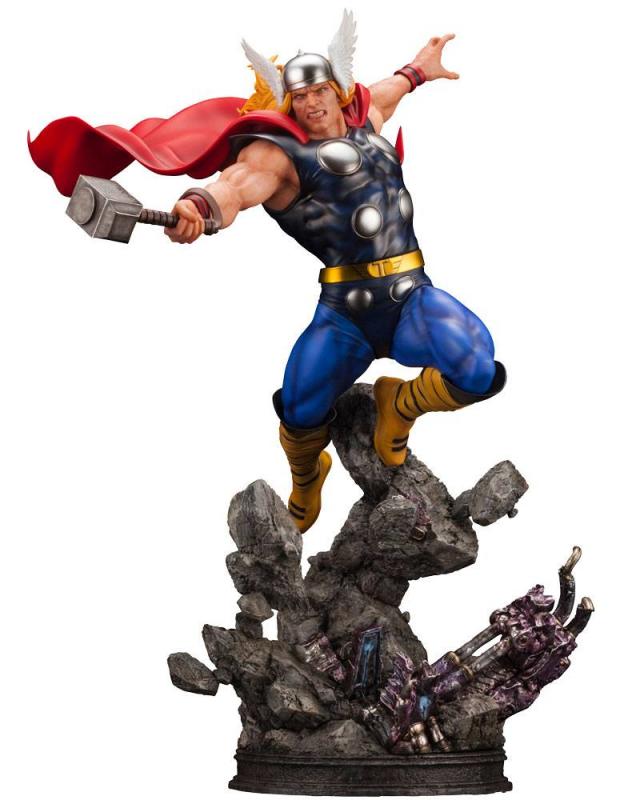 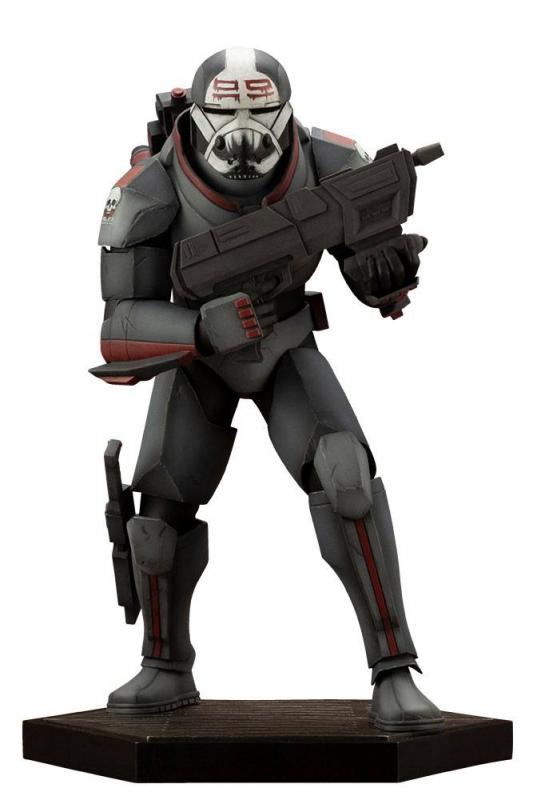 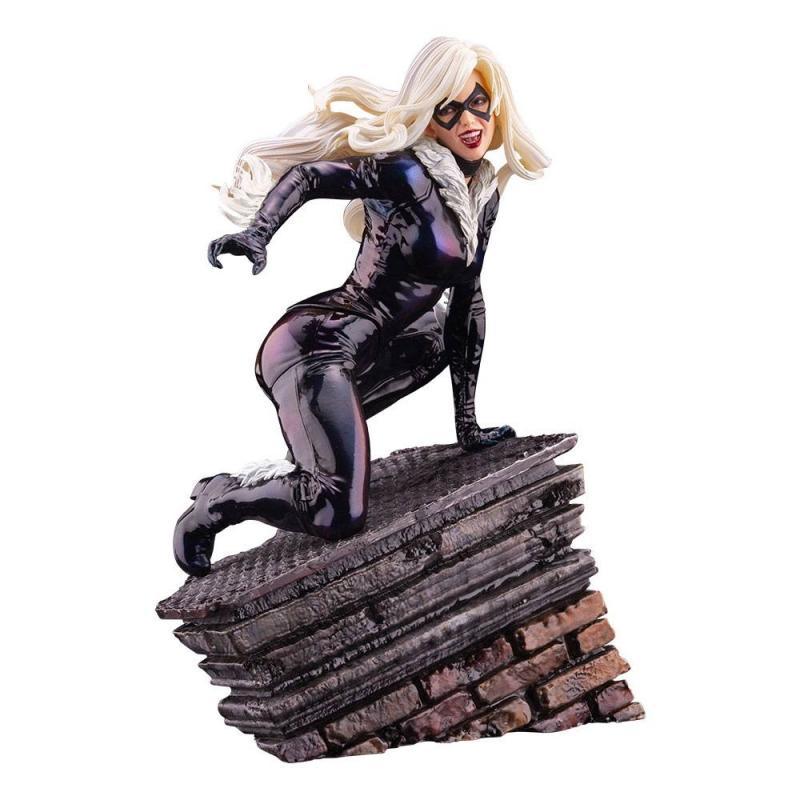