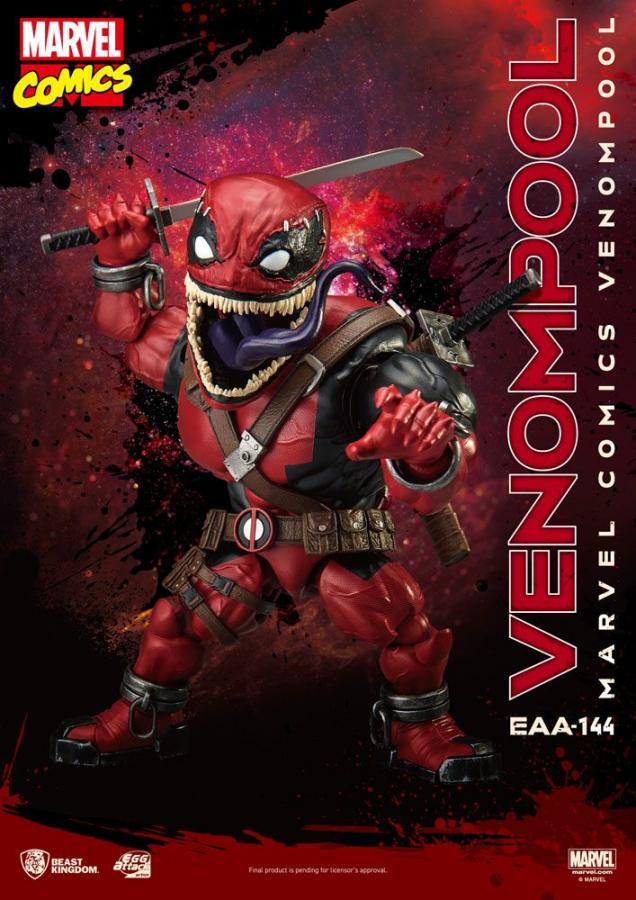 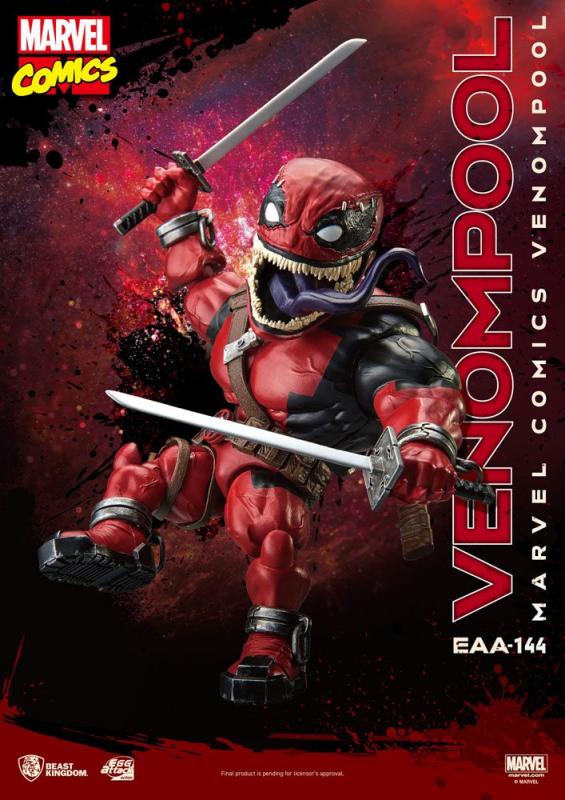 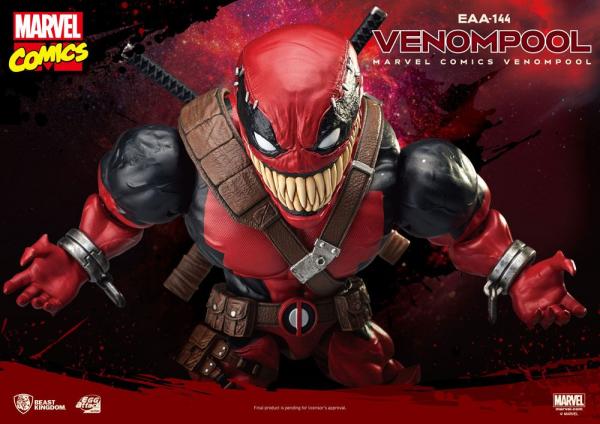 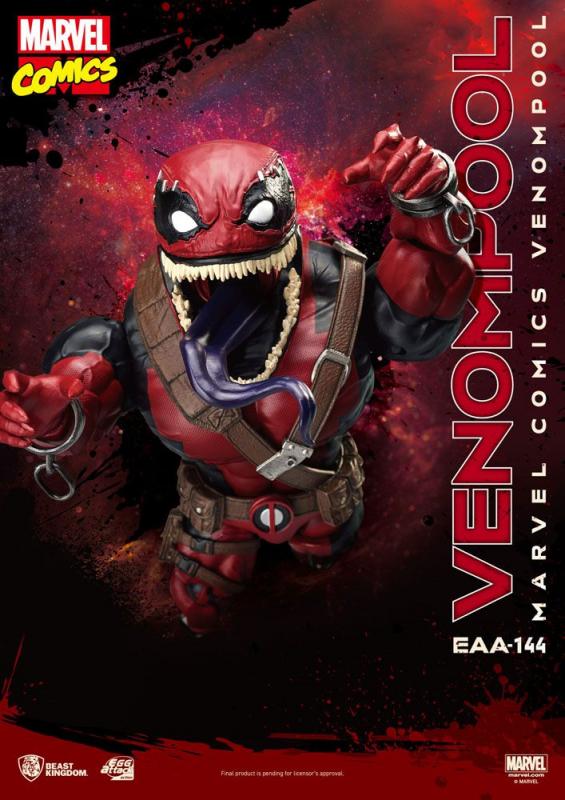 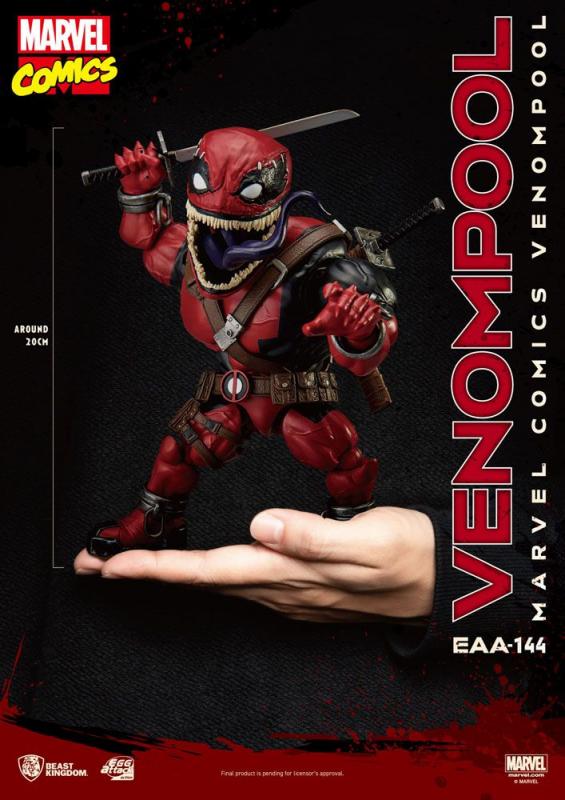 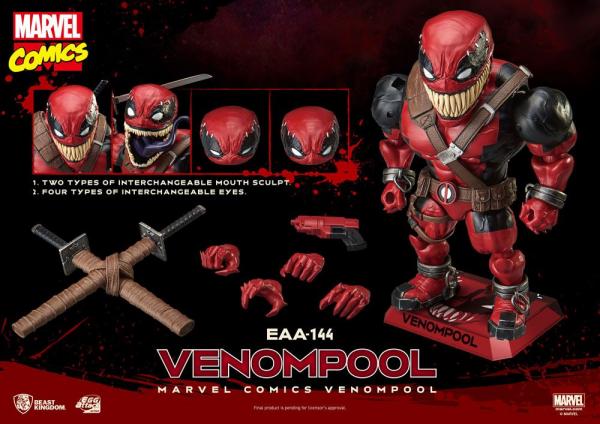 The celebrated Egg Attack Action (EAA) by Beast Kingdom's 'Entertainment Experience Brand' is ready to unleash a cataclysmic action figure unlike any other. Based on the character originally seen in the 'Marvel Contest Of Champions'video game, Venompool is a hybrid combination of the ferocious Venom and the stylishly fun Deadpool! Integrating these two into one out of this world anti-hero gives fans of the game a new and popular character with a fun personality and wide mouth, ready to devour any enemy that crosses him!

Built with a stylized design, Venompool is perfectly suited for the madcap aesthetics of the EAA brand of action figures. 20 points of articulation the body gives the unique character plenty of ways to be posed. Designed with Deadpool's signature red suit and the hideous visage of Venom's symbiotic body and face in mind, the EAA Venompool gives collectors a host of accessories, weapons including a Katana set and replaceable head sculpts to enjoy and pose with. Also included are a whole set of eyes and a 'Desert Eagle' pistol to really bring the pain down on the baddies.
Make sure this Venompool gets his own real-world stage, and order yours from an official Beast Kingdom outlet today 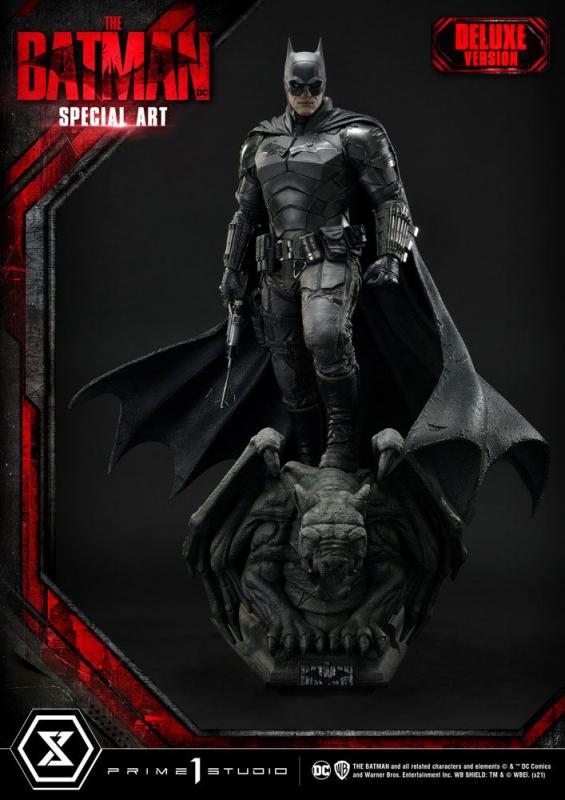 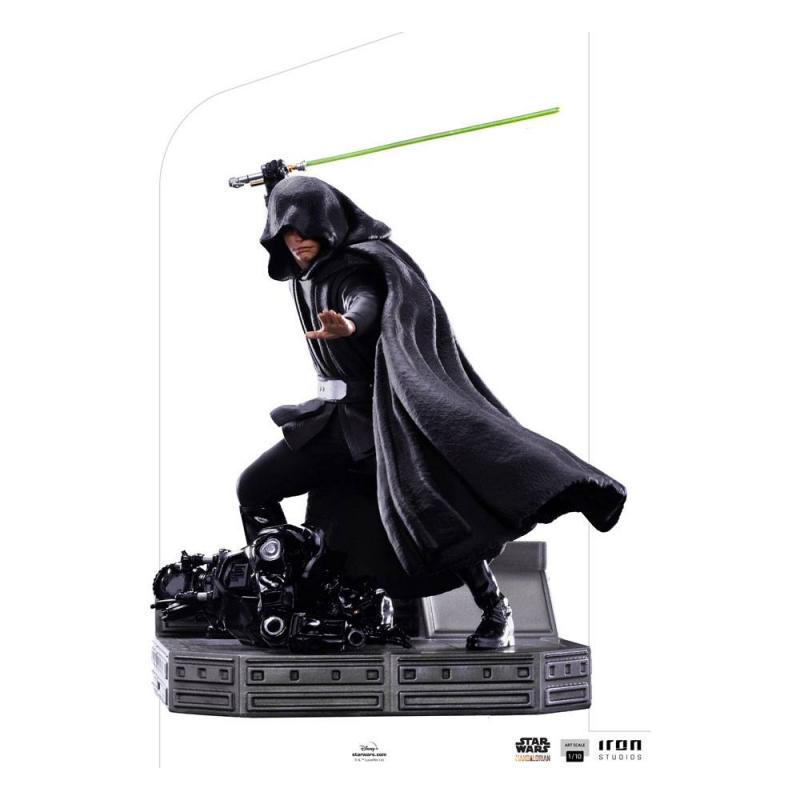 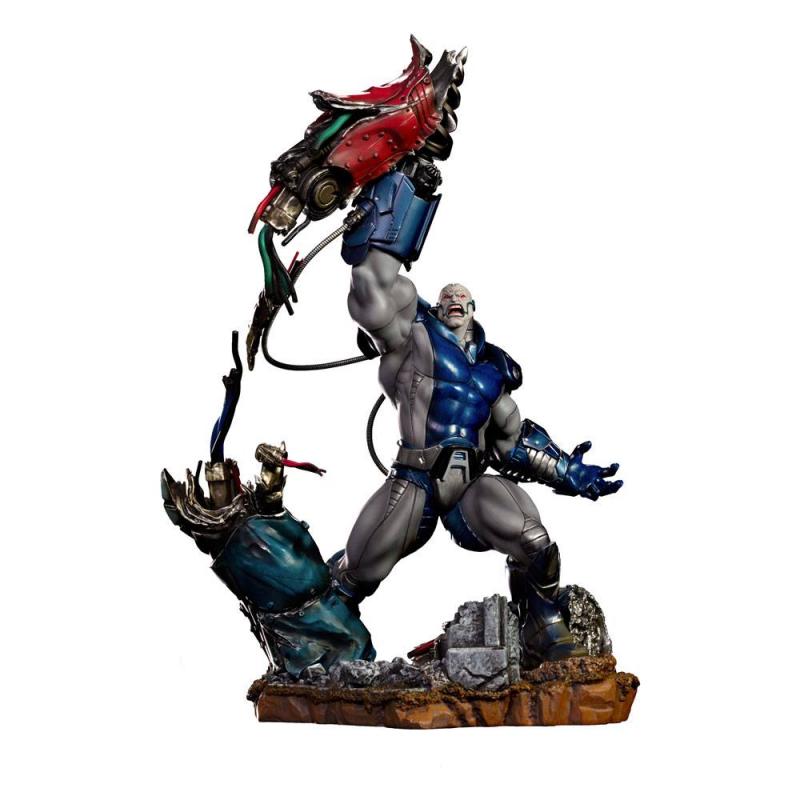 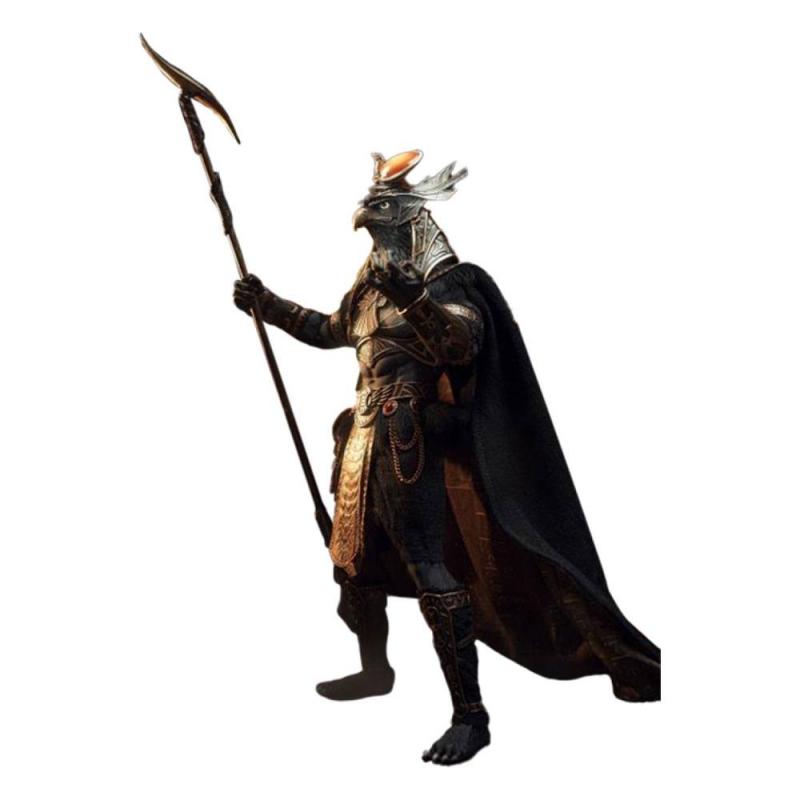 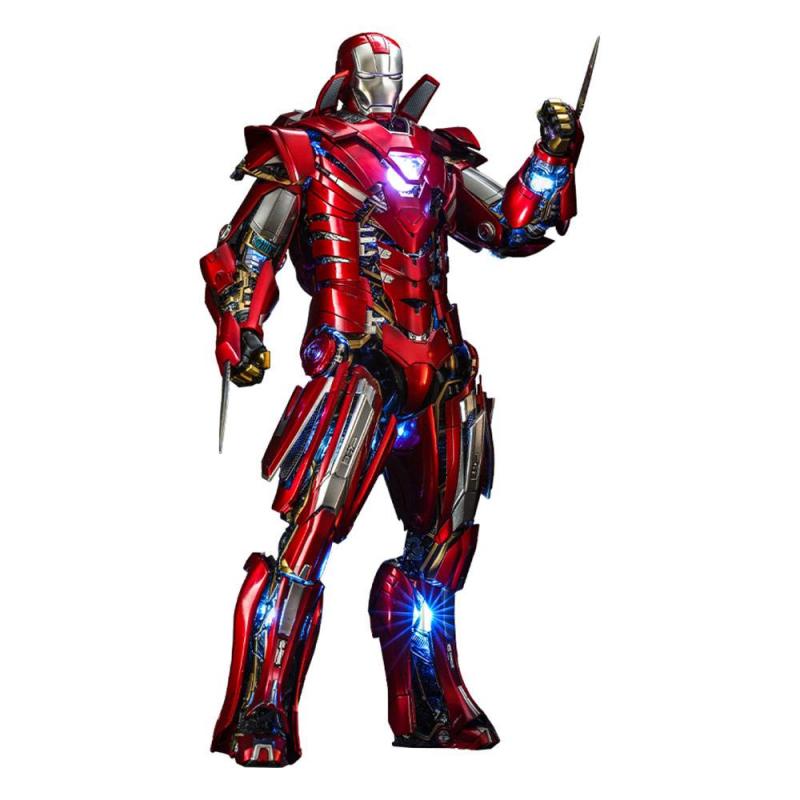 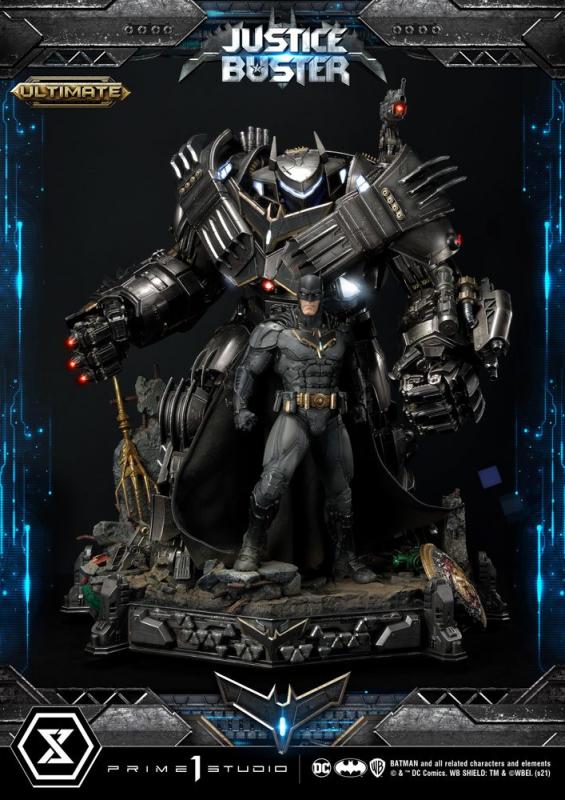