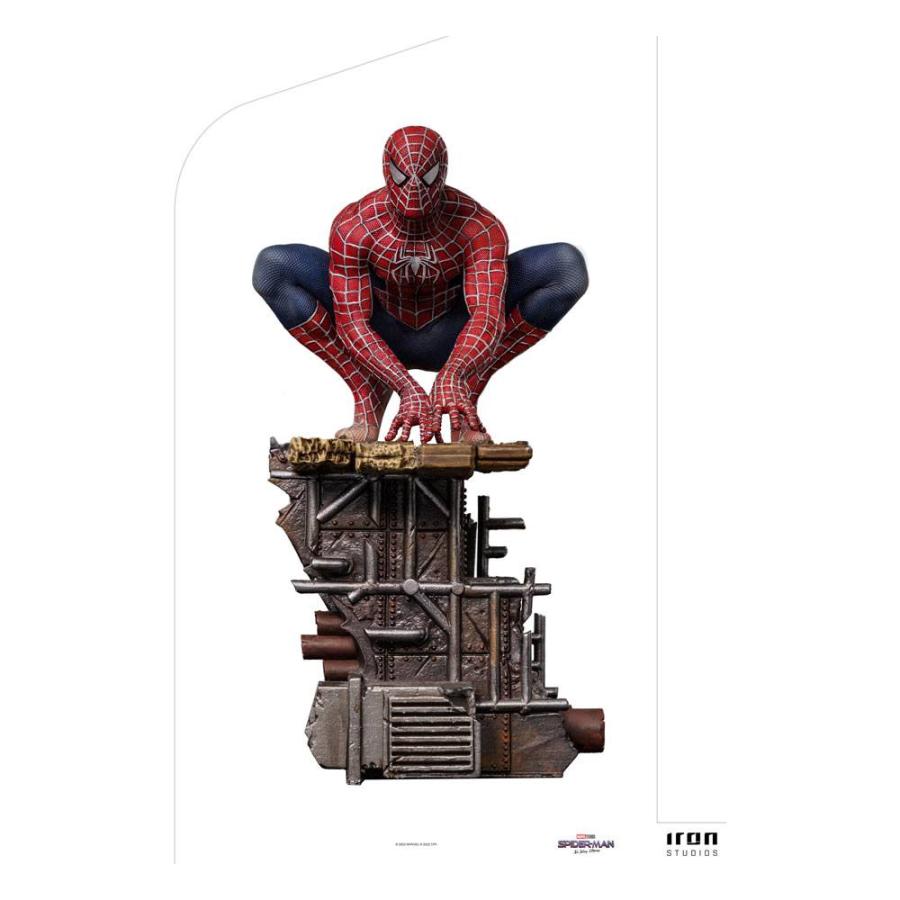 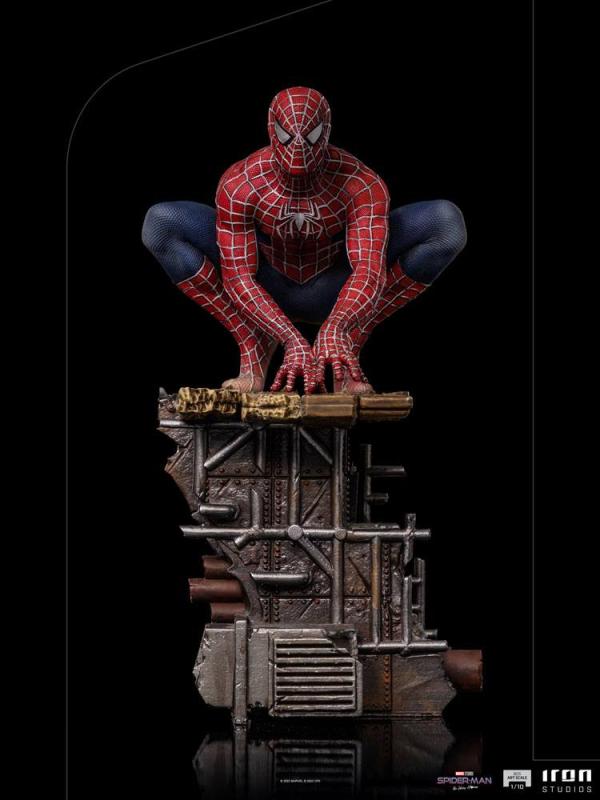 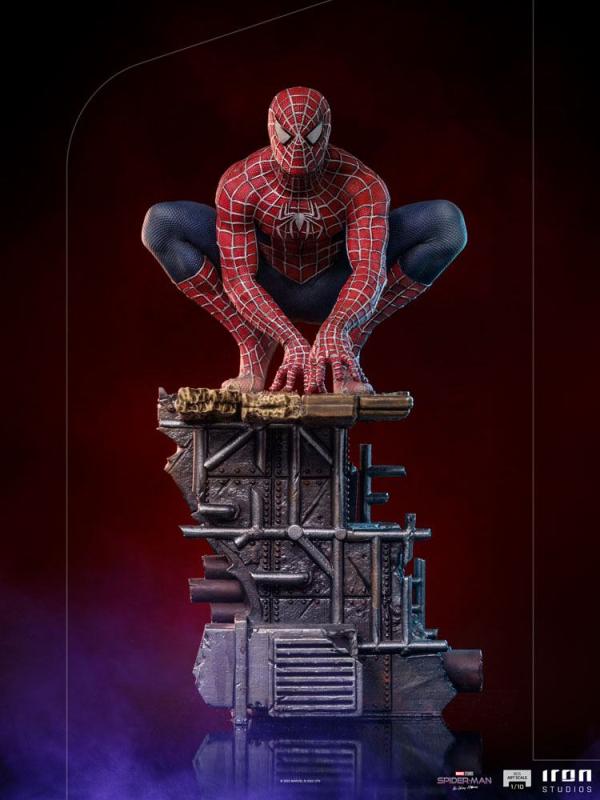 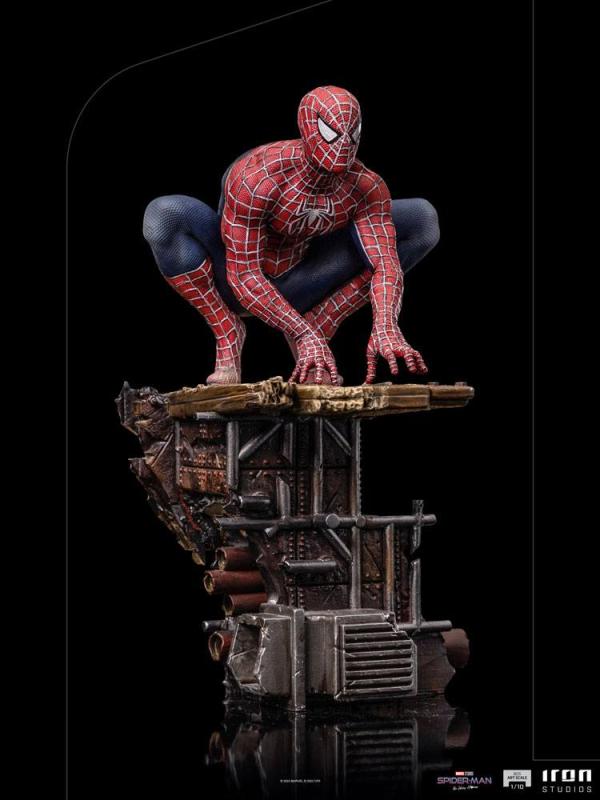 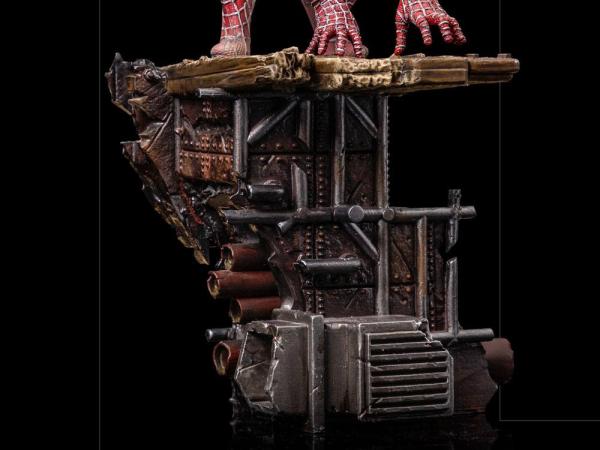 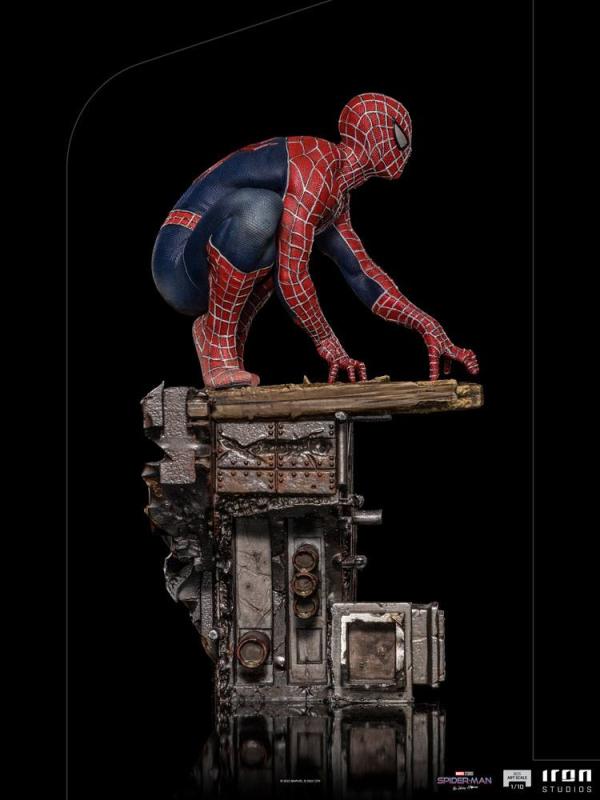 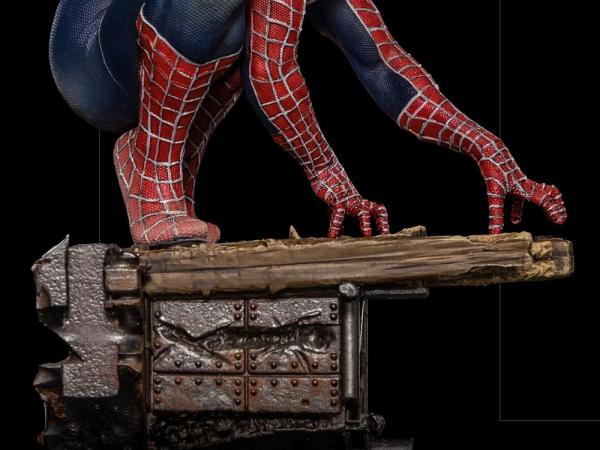 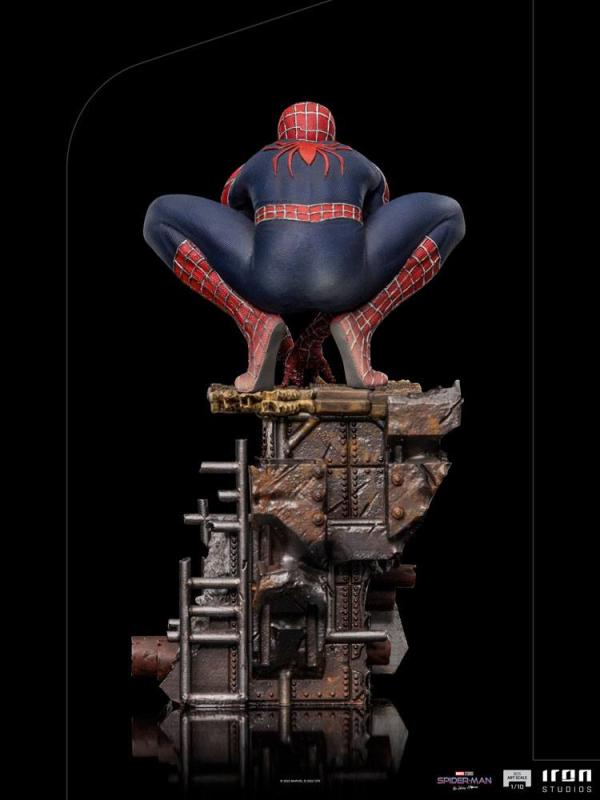 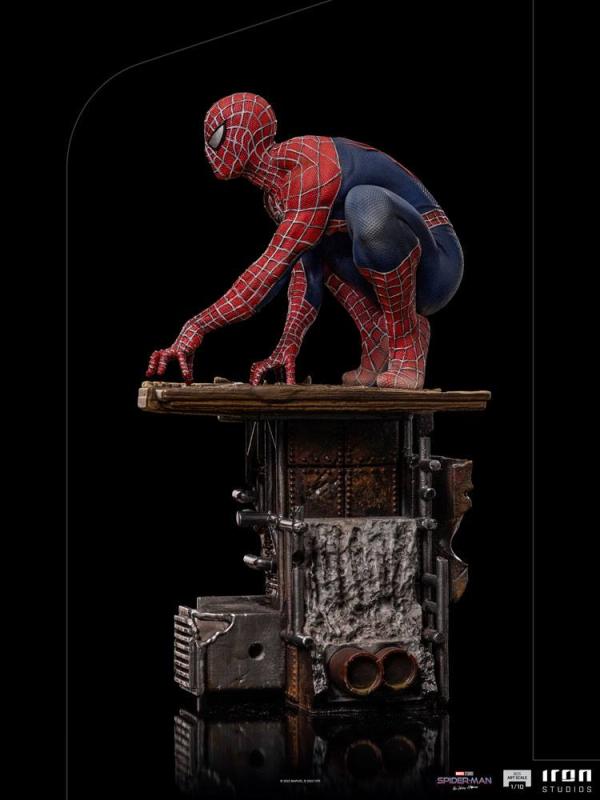 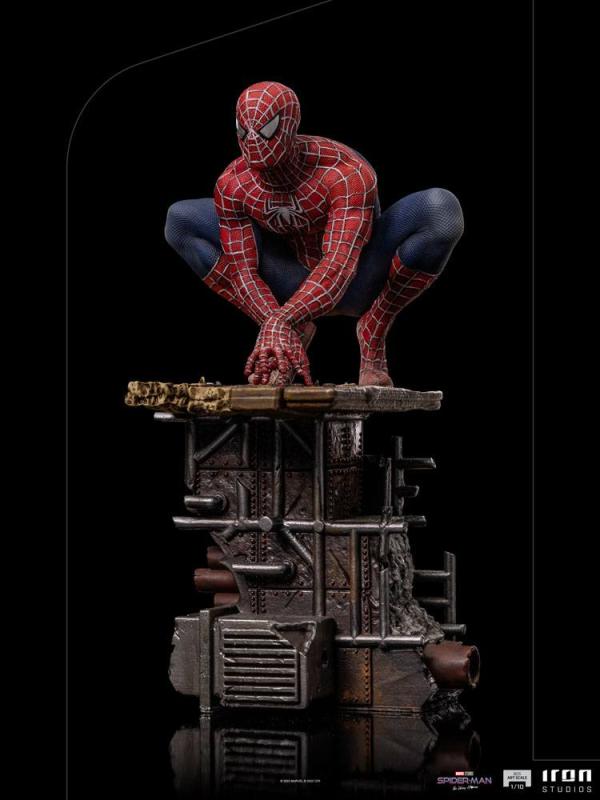 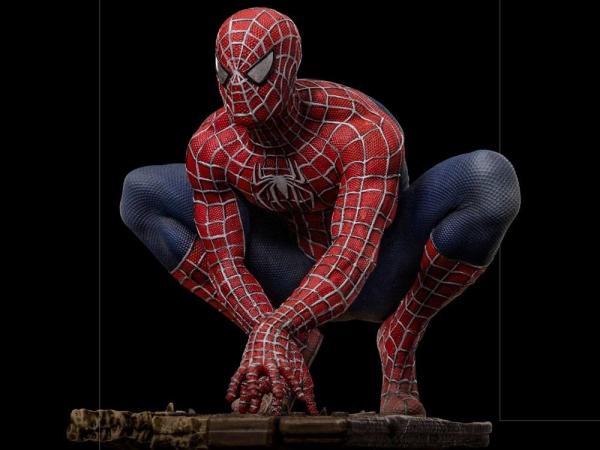 Called "Peter-Two" by his allies, the most experienced arachnid hero comes from an alternate universe and joins the other versions of himself in another world, to aid his younger counterparts to face three of his most feared enemies and others yet unknown to him, and rescue and return each of them to their universe. Being the only one among them with organic webs instead of synthetic web-shooters like his alternate colleagues, with a strong sense of responsibility, he still feels guilty for indirectly causing his uncle's death. On a pedestal formed of wood and metallic structures from a scaffold on the Liberty Island in New York, the friendly neighborhood hero poses in his classic arachnid pose, wearing his original red and blue uniform with silver membranes. Reproduced with maximum attention down to the tiniest details of his suit and anatomy, Iron Studios bring the statue "Spider-Man Peter-Two BDS - Spider-Man: No Way Home -Art Scale 1/10", inspired by the movie in which the actor reruns his role from the Spider-Man trilogy by Sam Raimi. 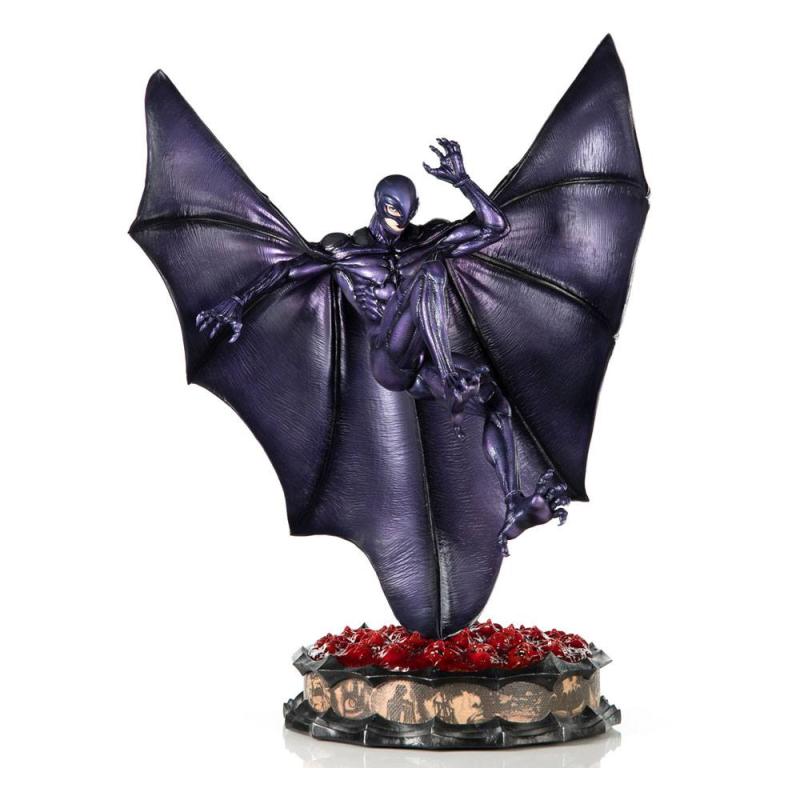 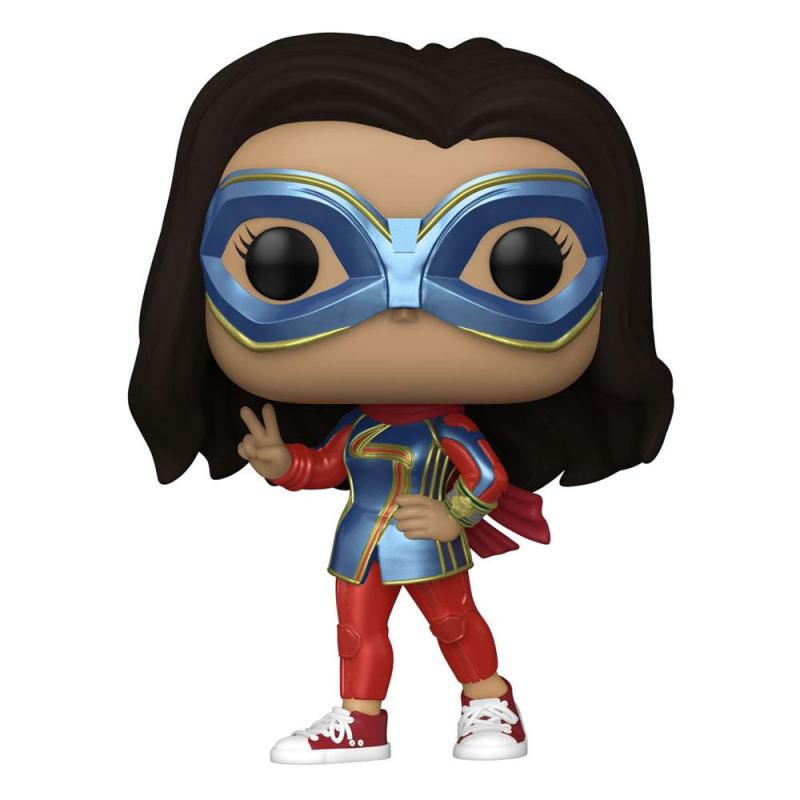 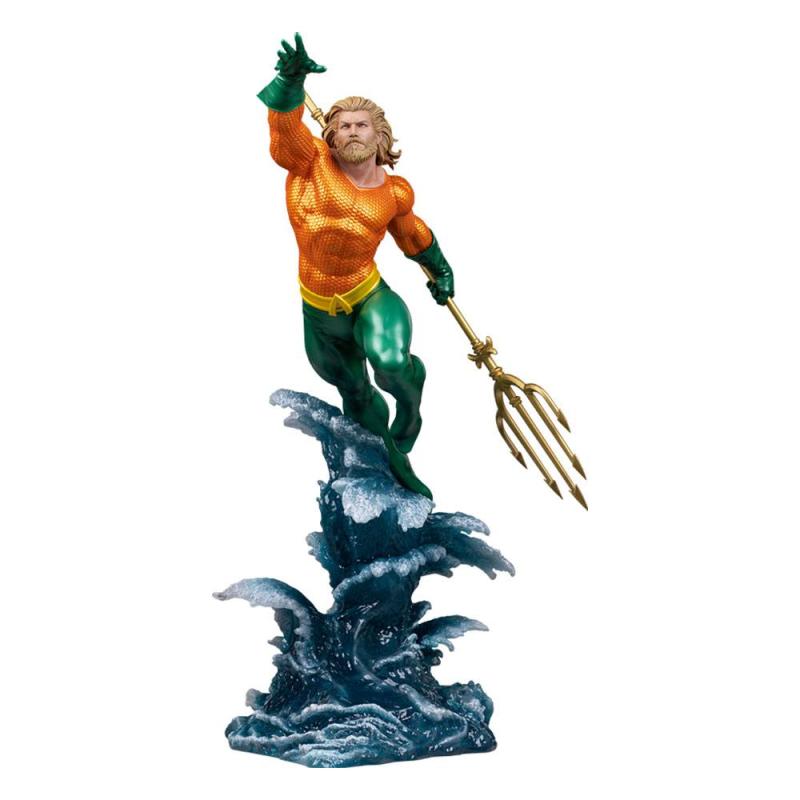 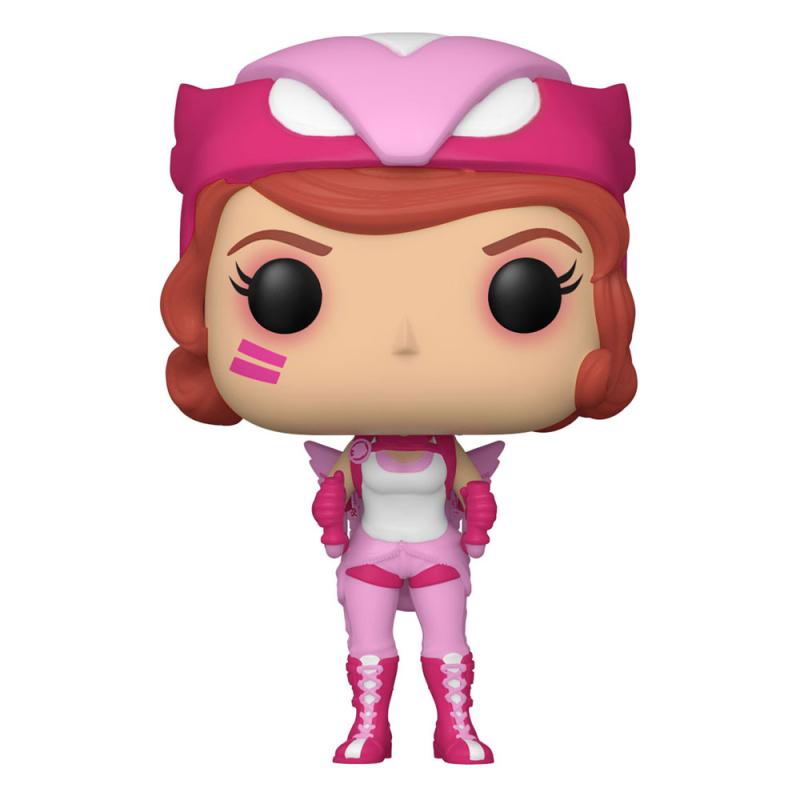 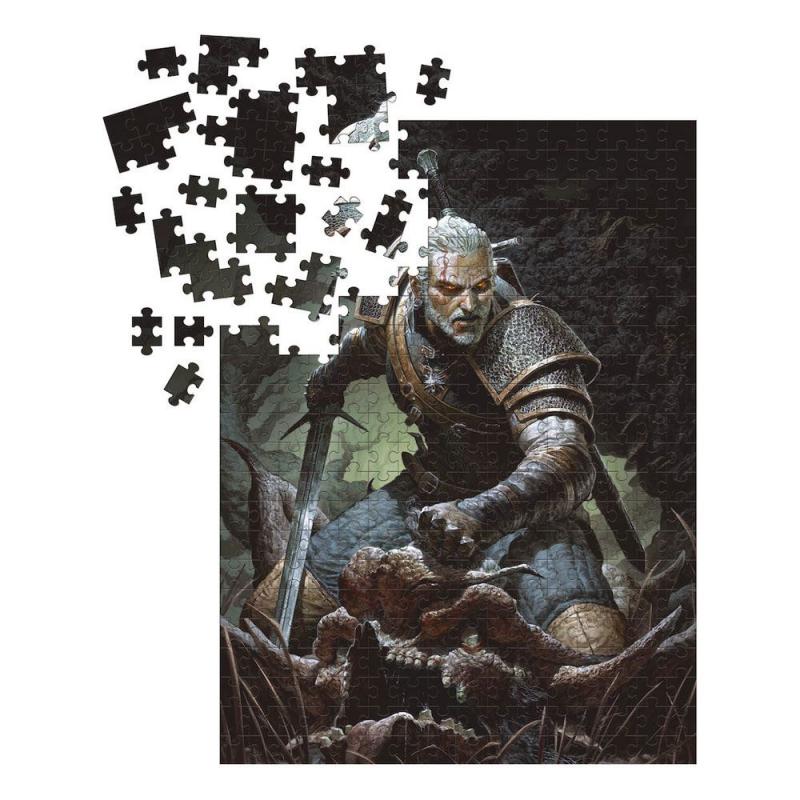 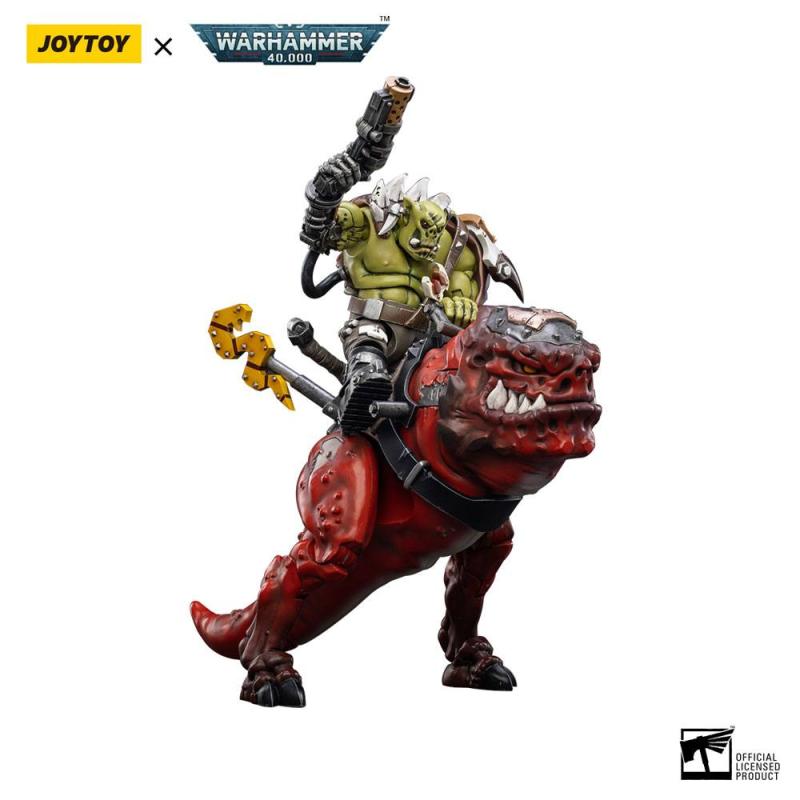