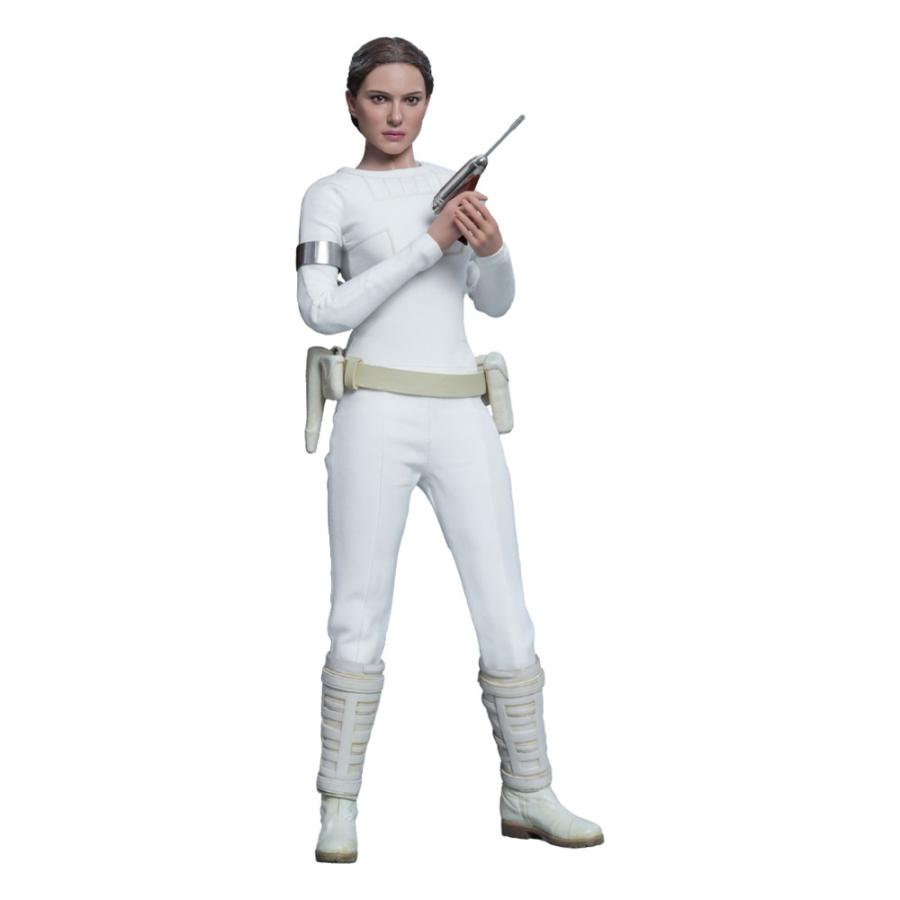 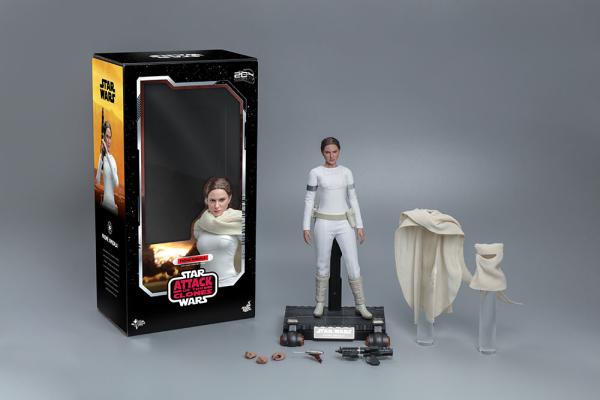 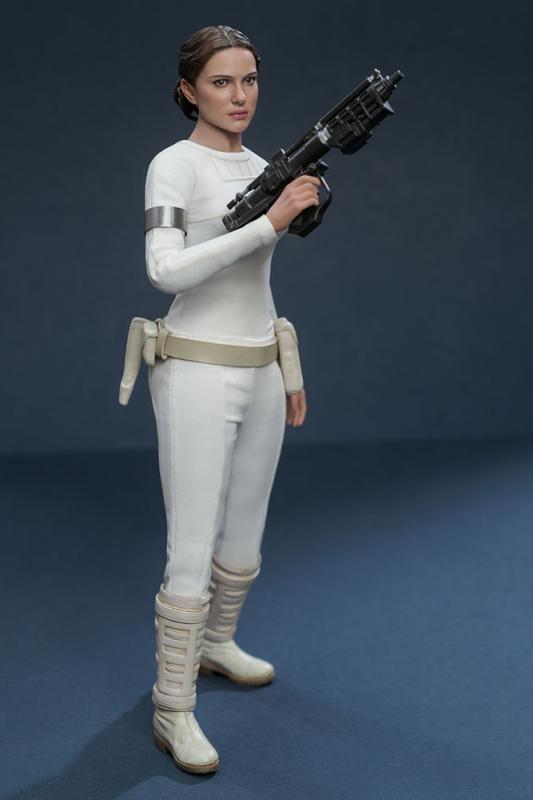 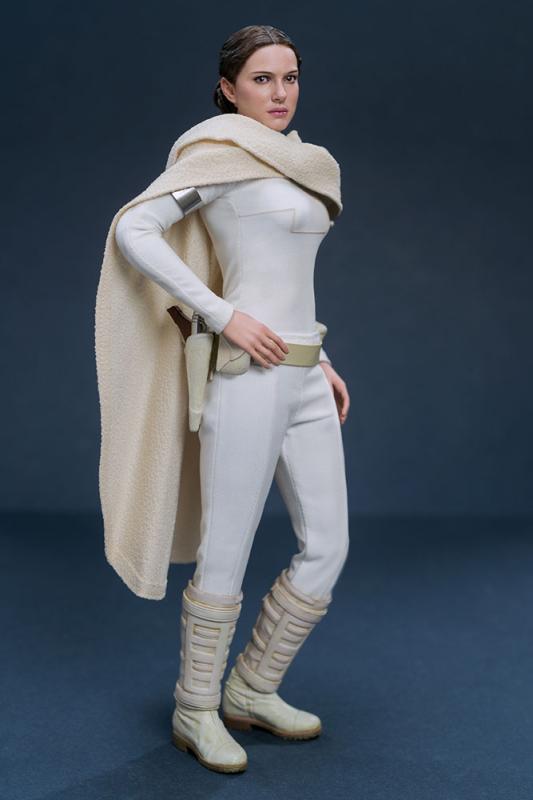 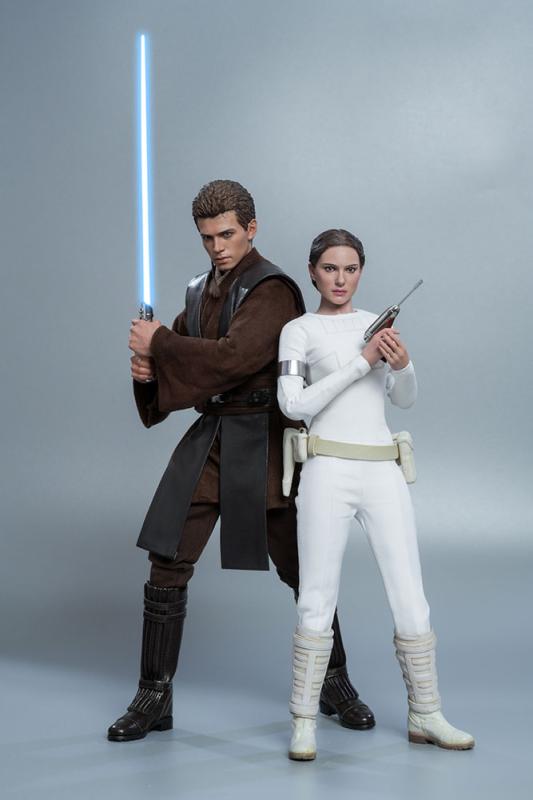 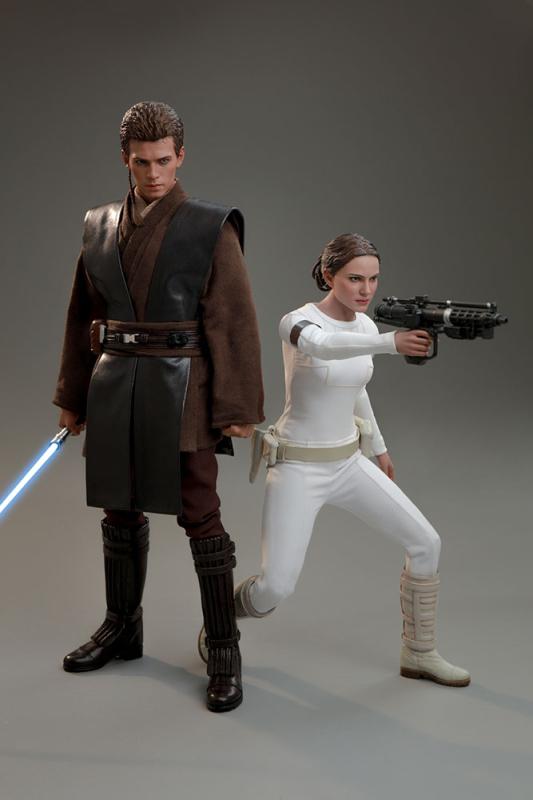 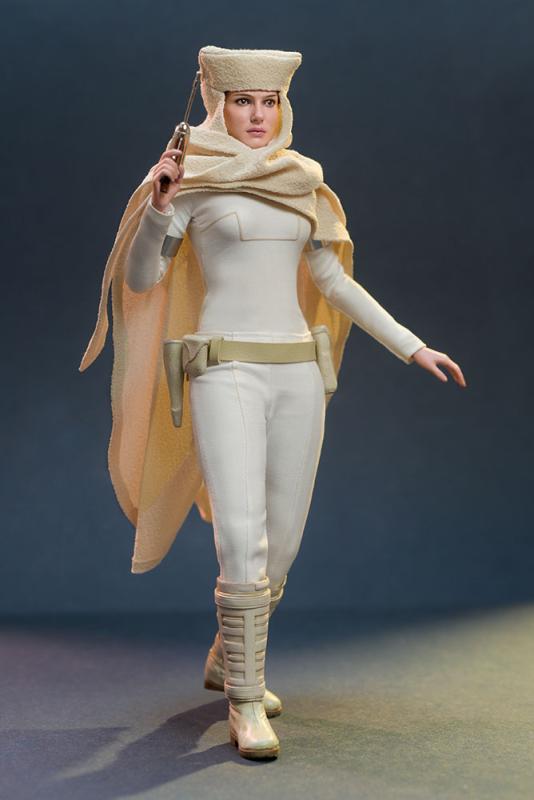 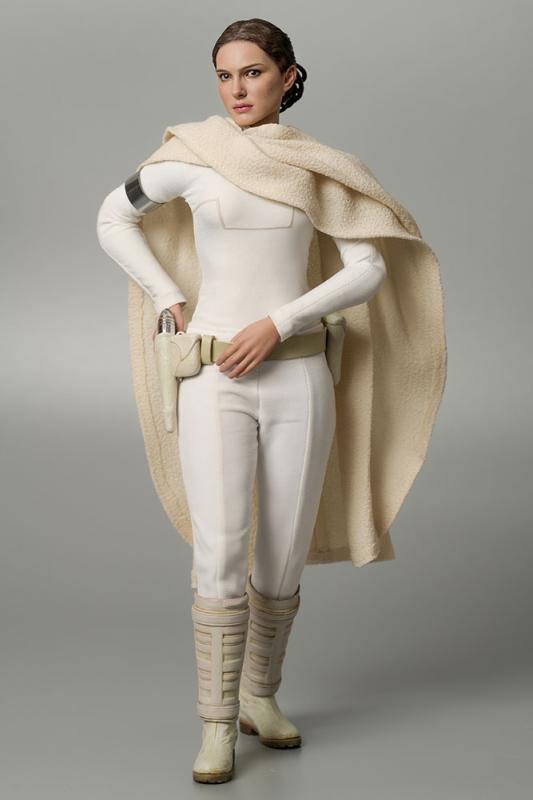 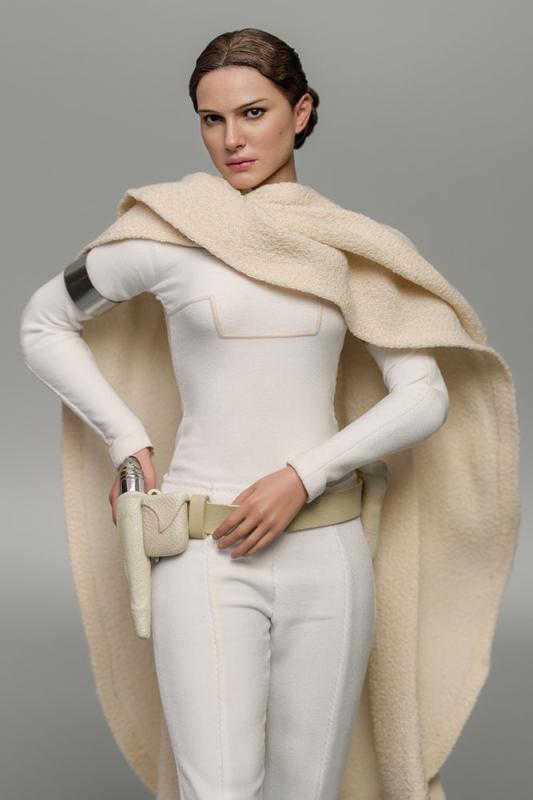 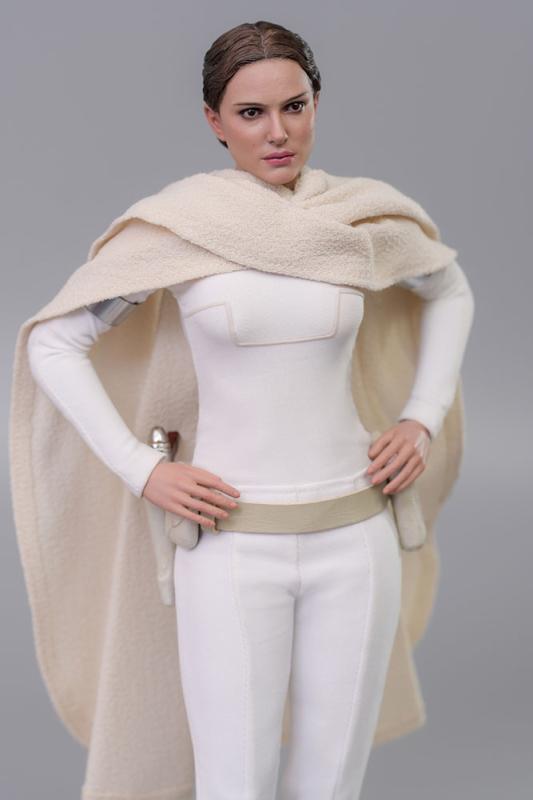 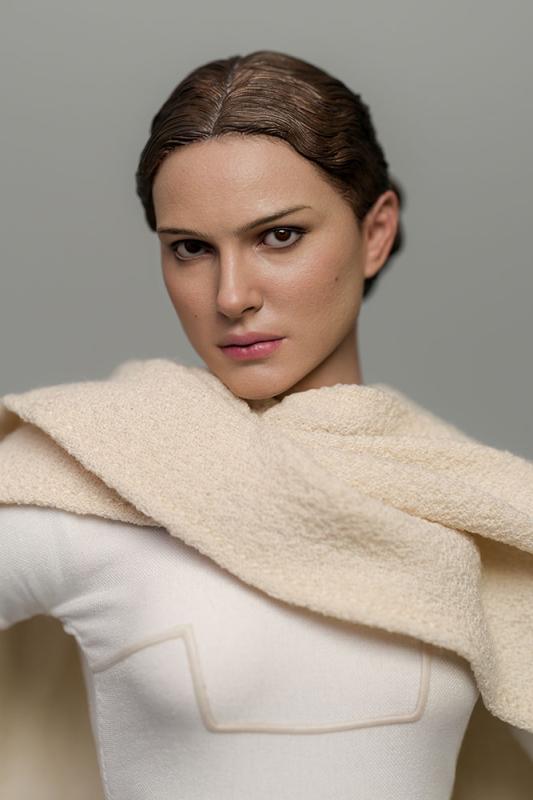 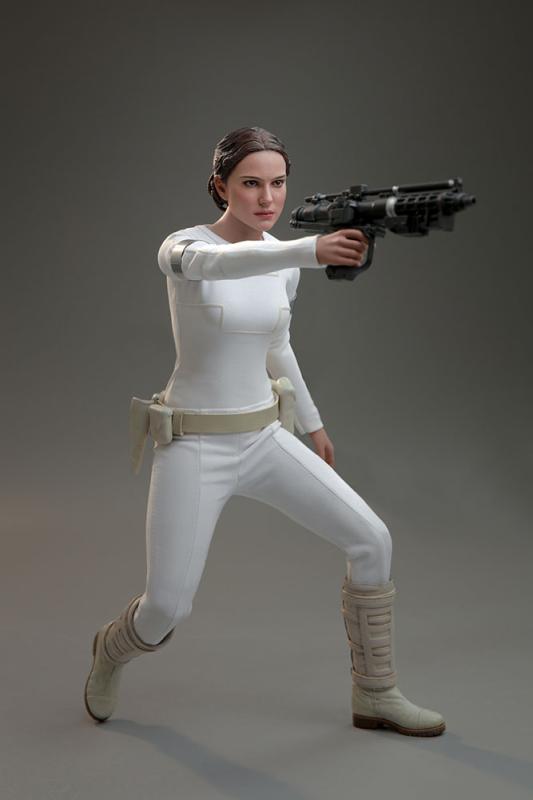 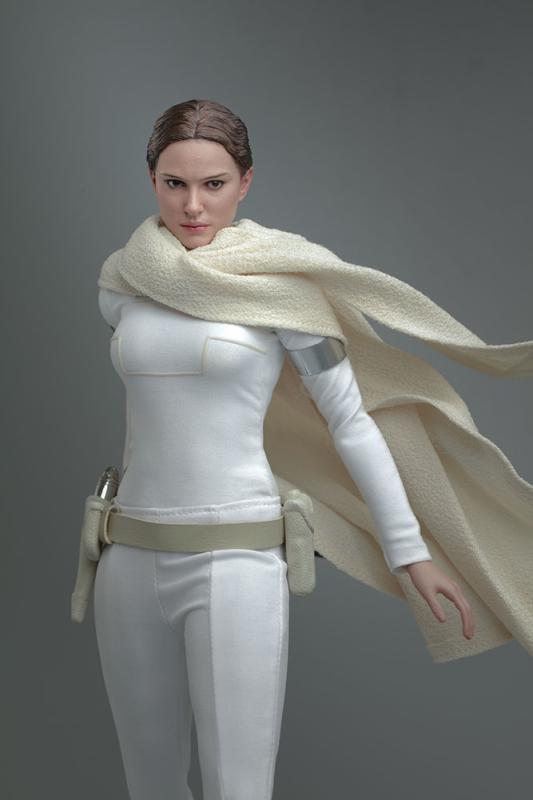 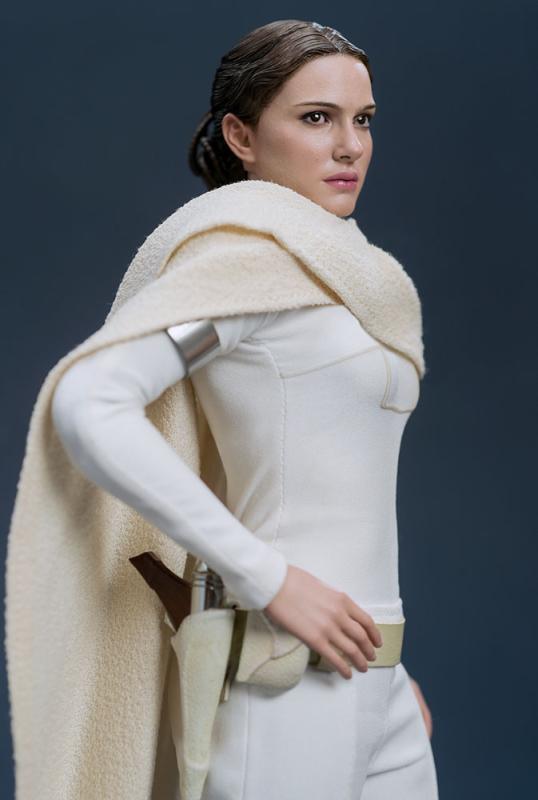 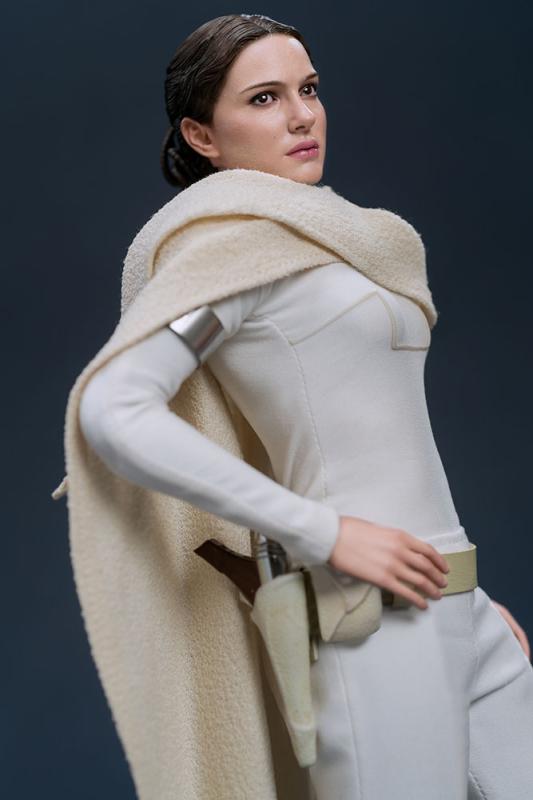 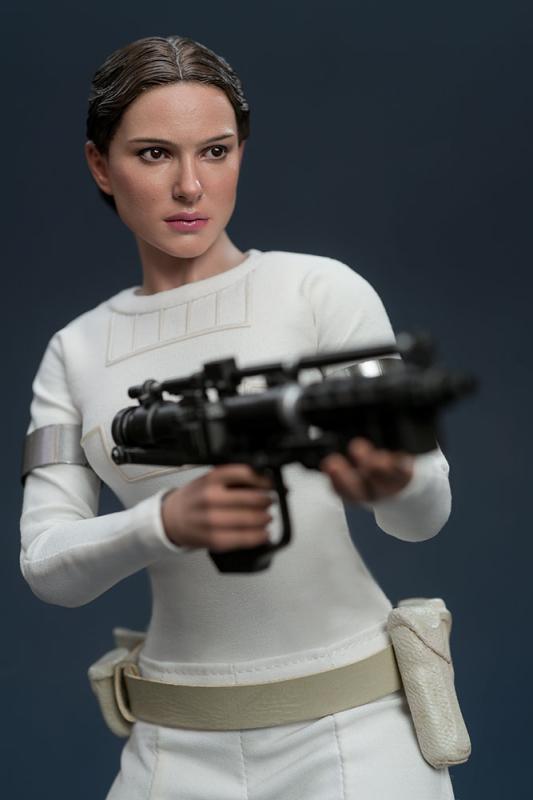 Padmé Amidala was a courageous, hopeful leader, serving as Queen and then Senator of Naboo™ - and was also handy with a blaster. Despite her ideals and all she did for the cause of peace, her secret, forbidden relationship with Jedi™ Anakin Skywalker™ would prove to have dire consequences for the galaxy.

Beautifully developed based on the screen appearance of Padmé in the film, the incredible Star Wars collectible features a newly crafted head sculpt with stunning likeness and rolling eyeball function allowing positionable eye line, a specially tailored outfit that Padmé wore on Geonosis, two styles of blasters, a pair of handcuffs with chain, a Geonosian™ factory themed display stand, and a special designed commemorative packaging.

Welcome the senator to your Star Wars collection today! 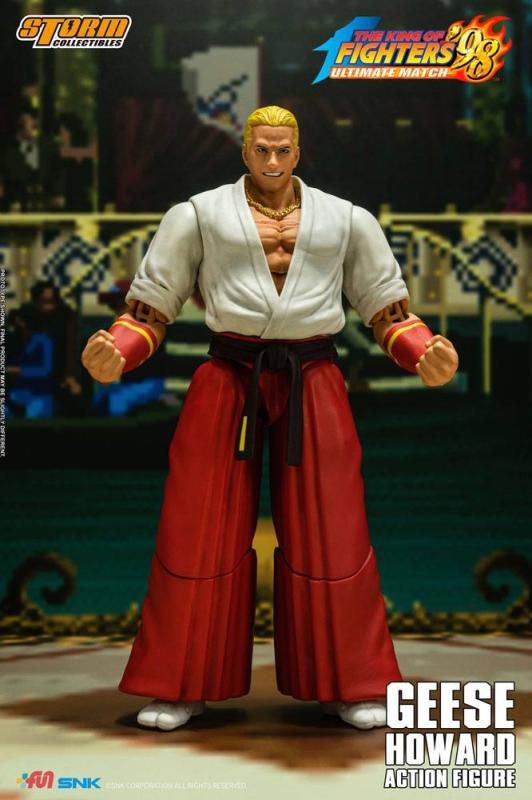 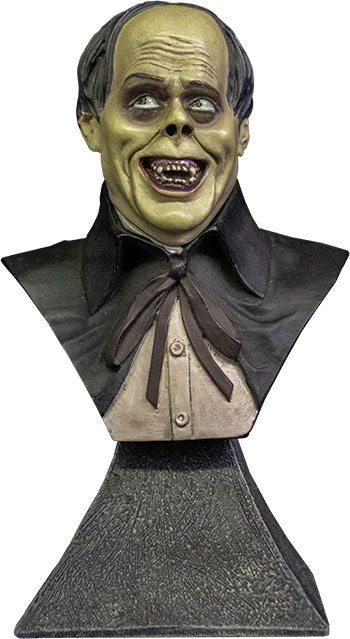 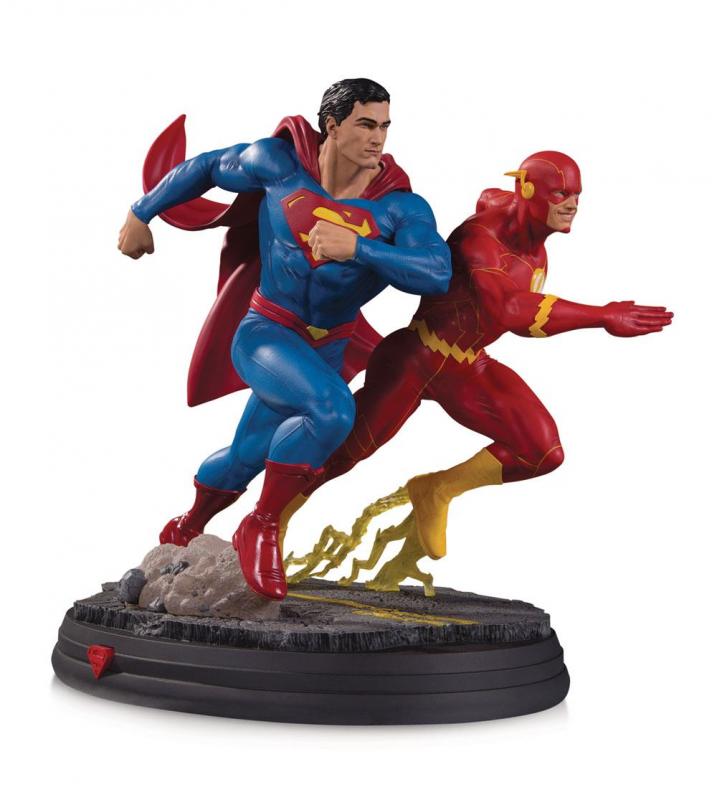 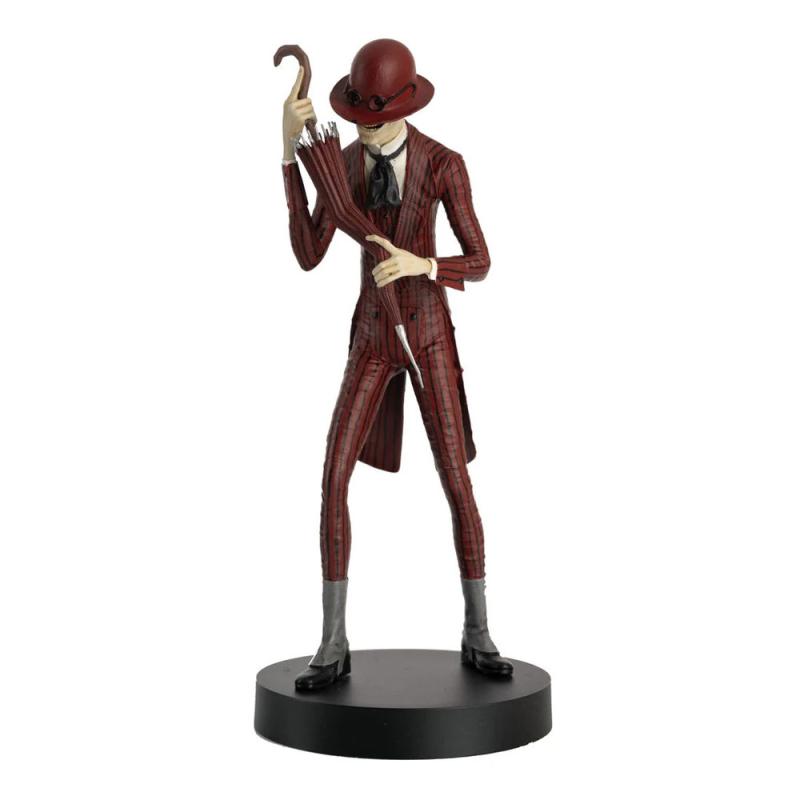 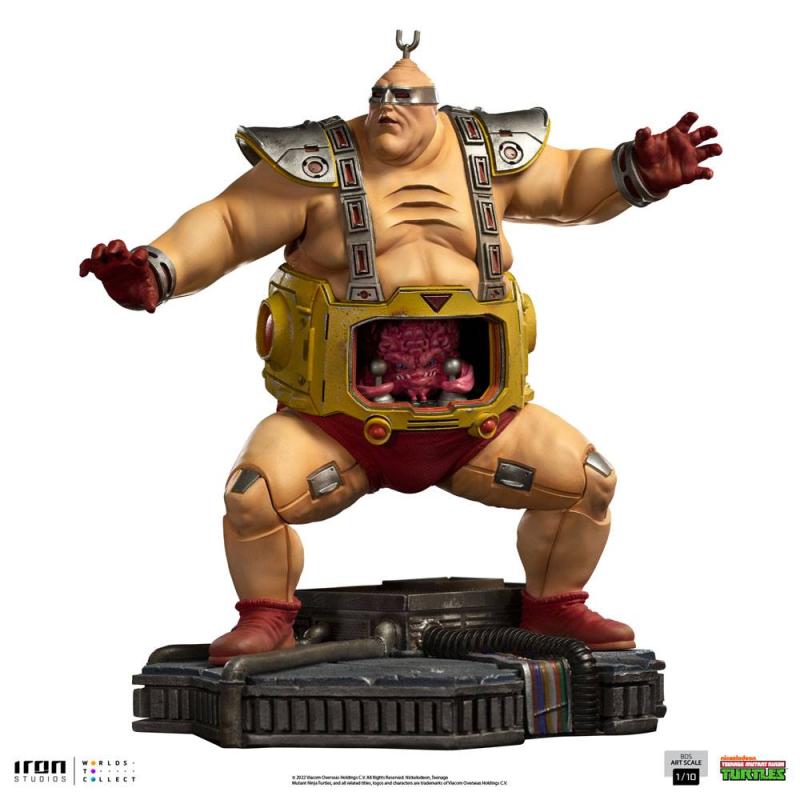 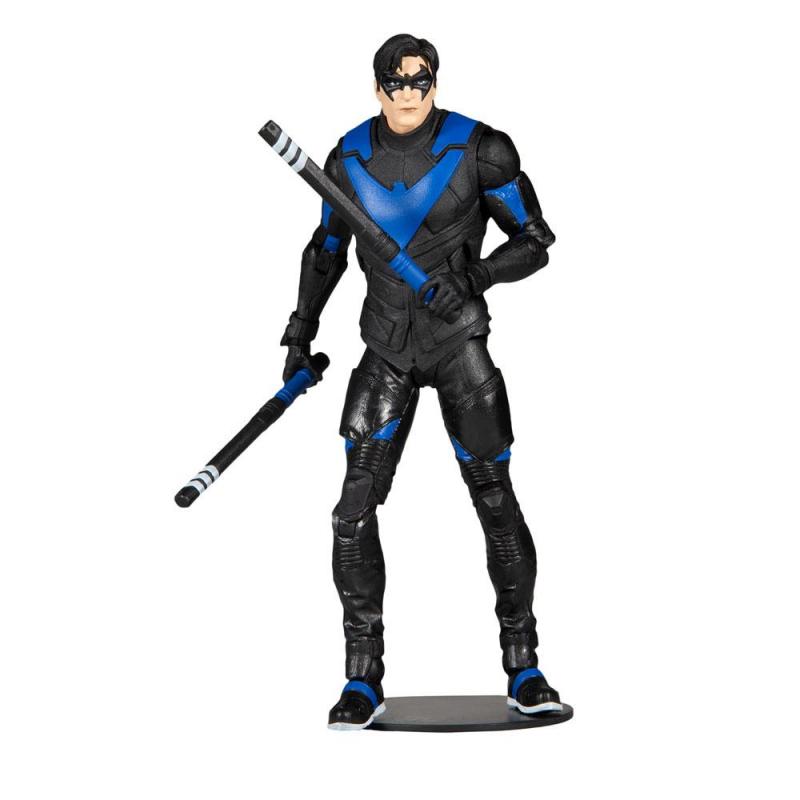