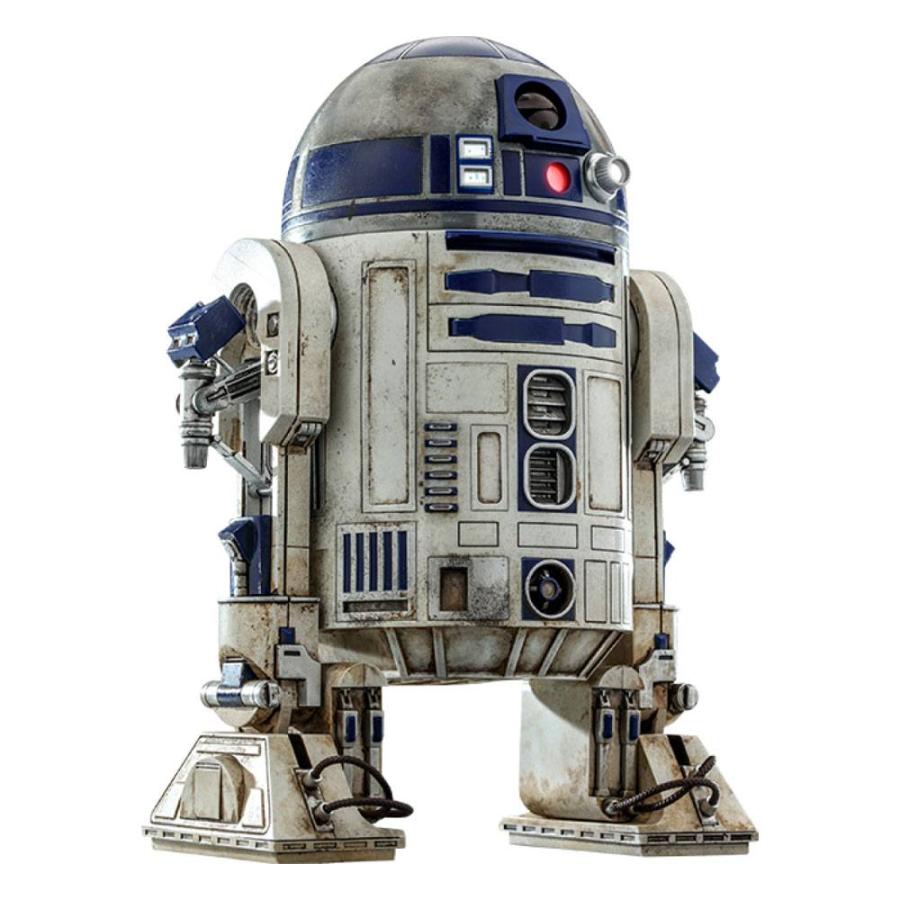 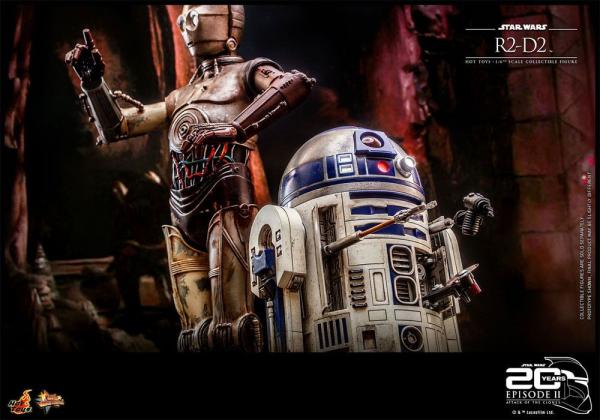 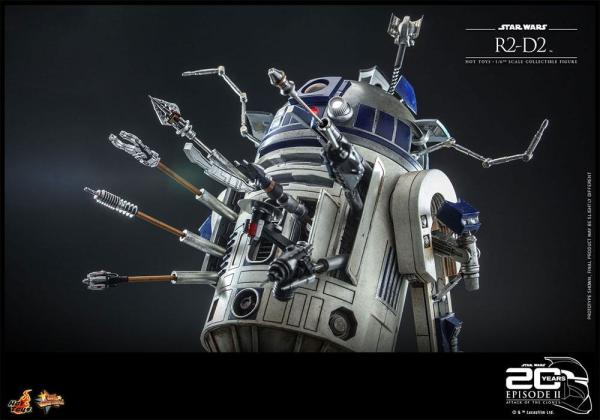 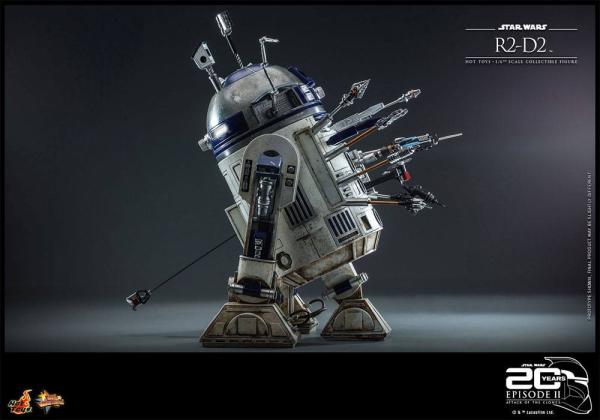 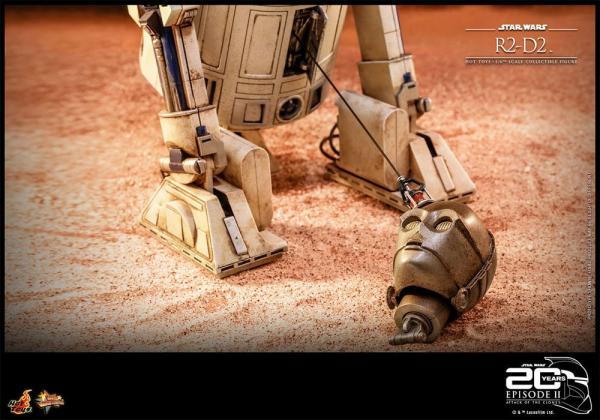 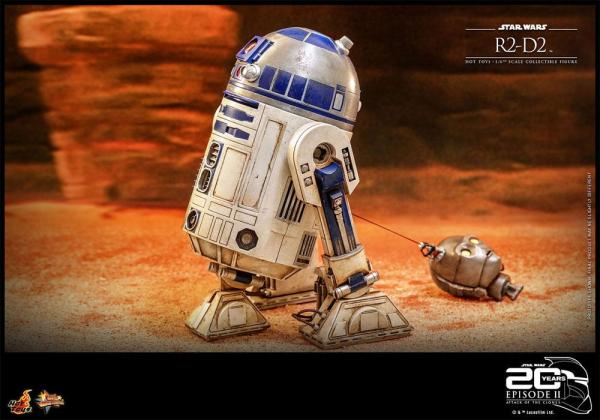 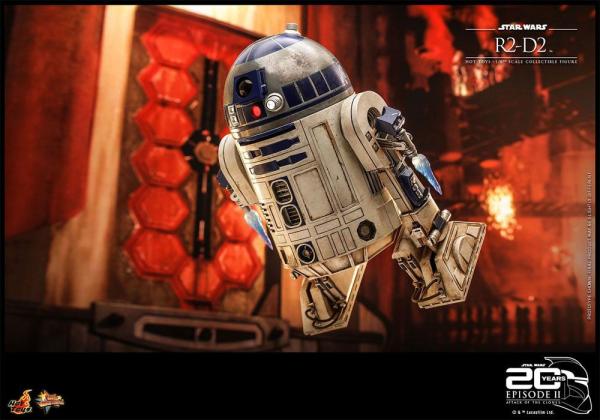 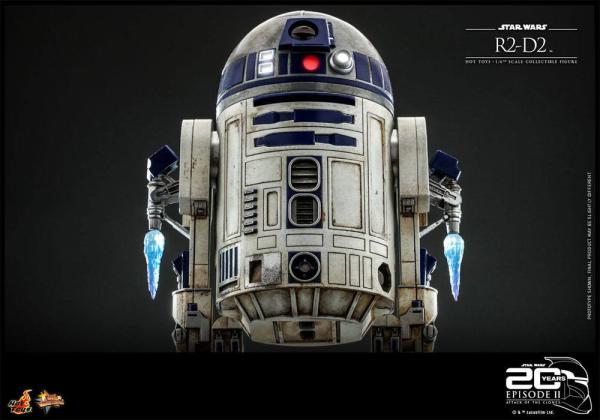 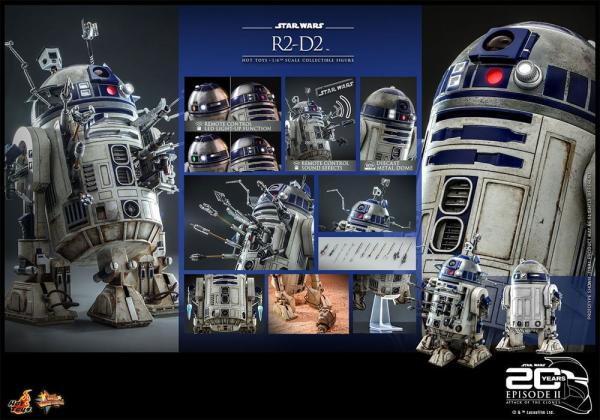 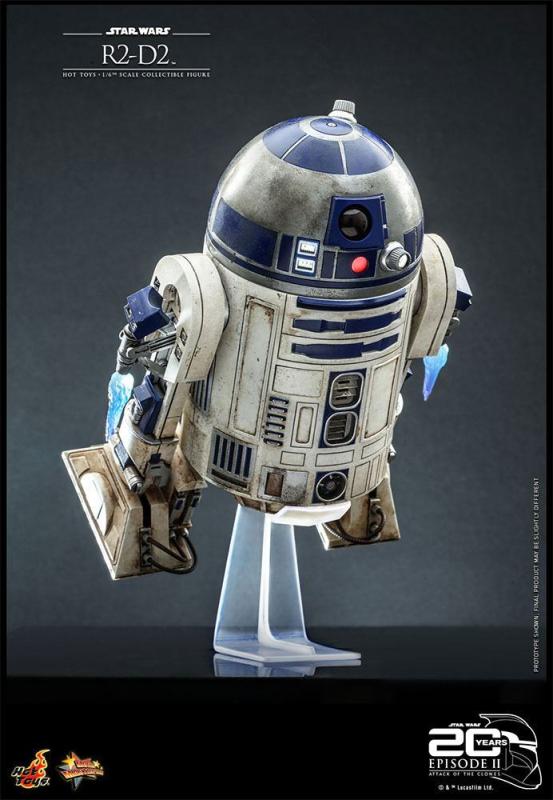 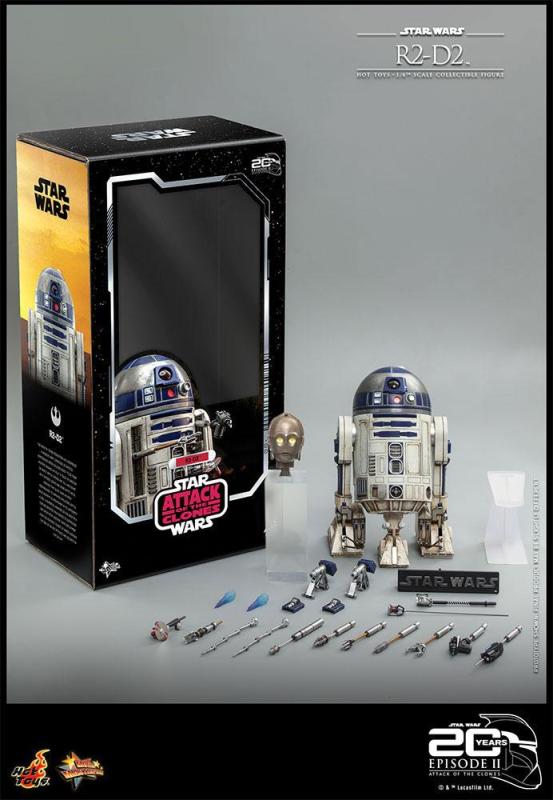 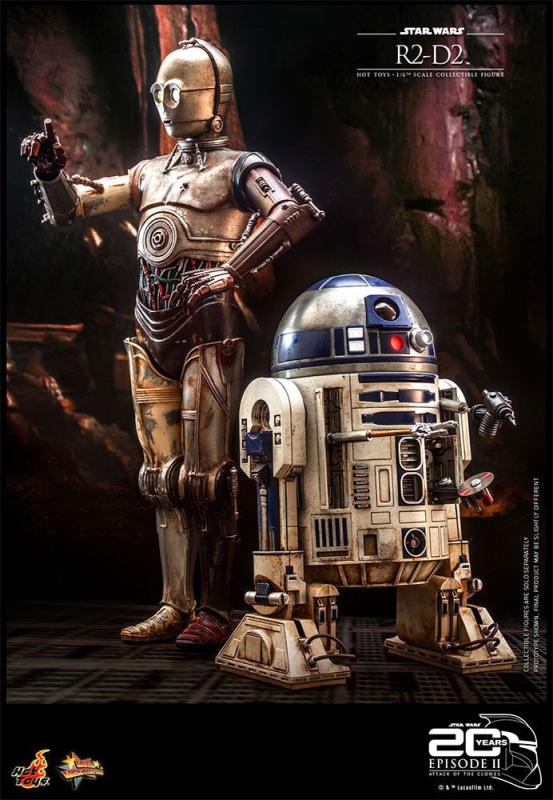 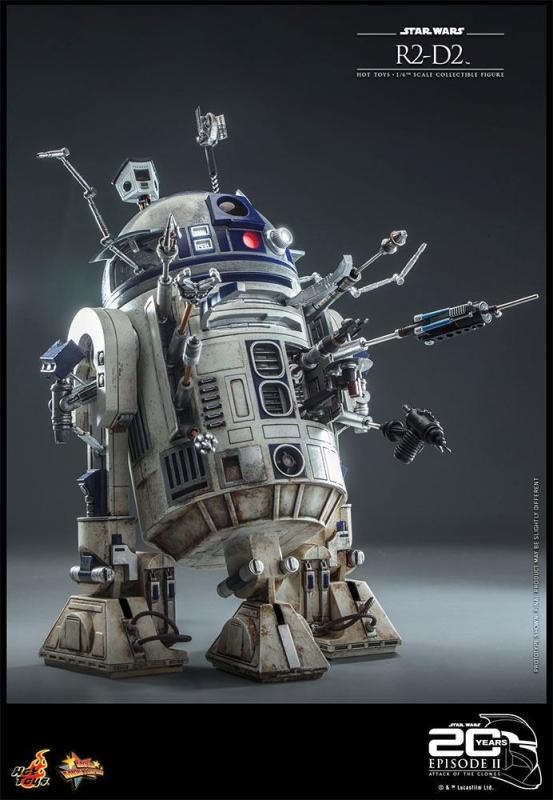 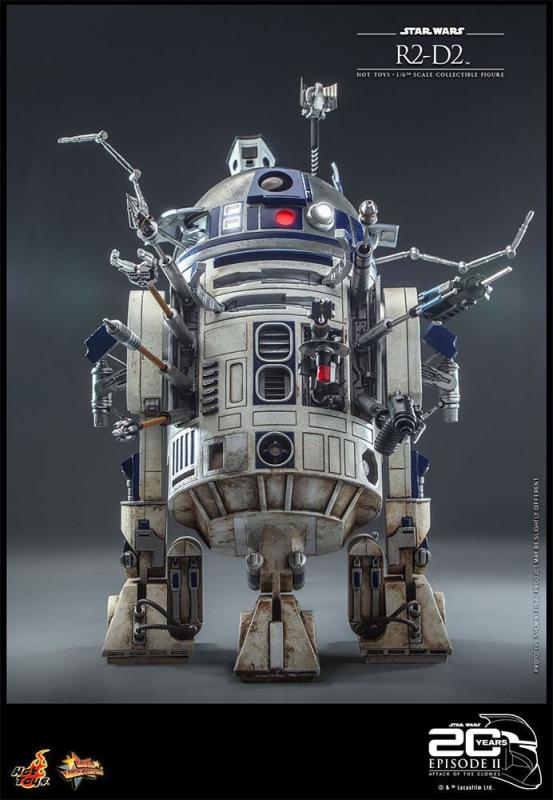 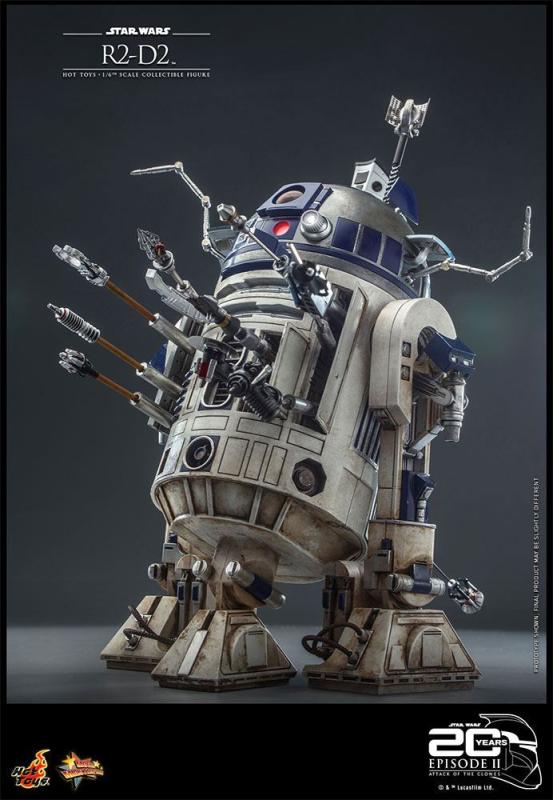 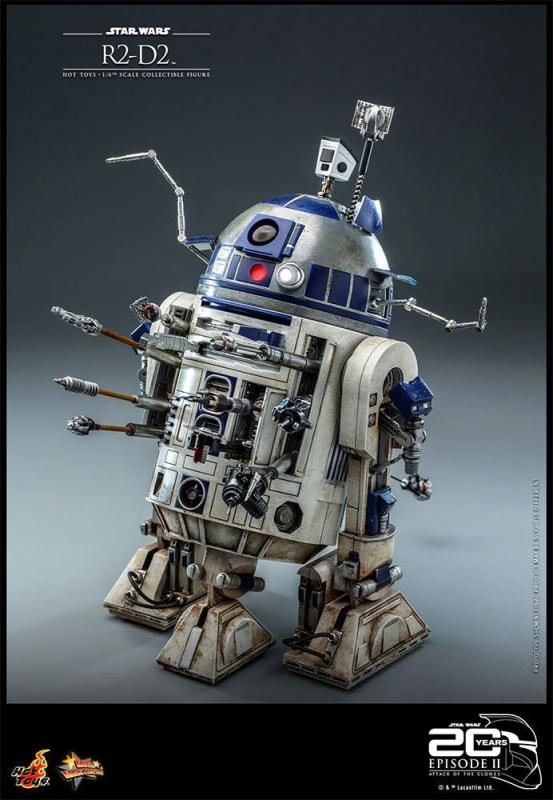 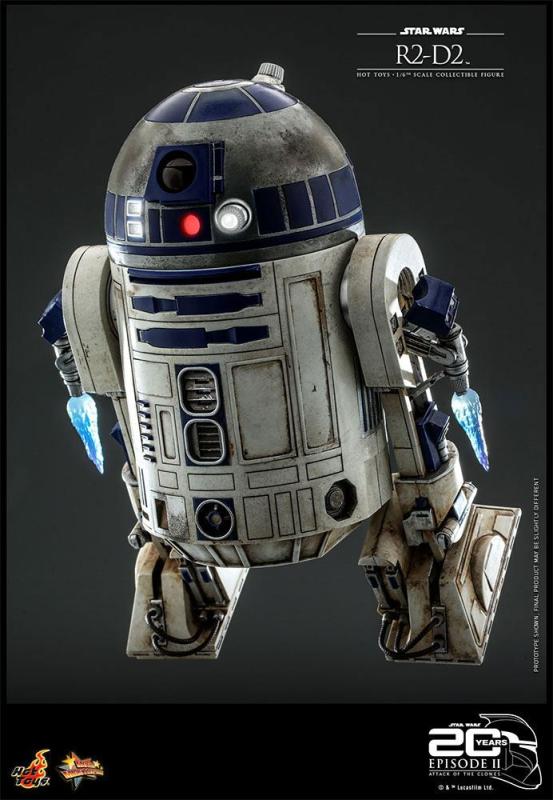 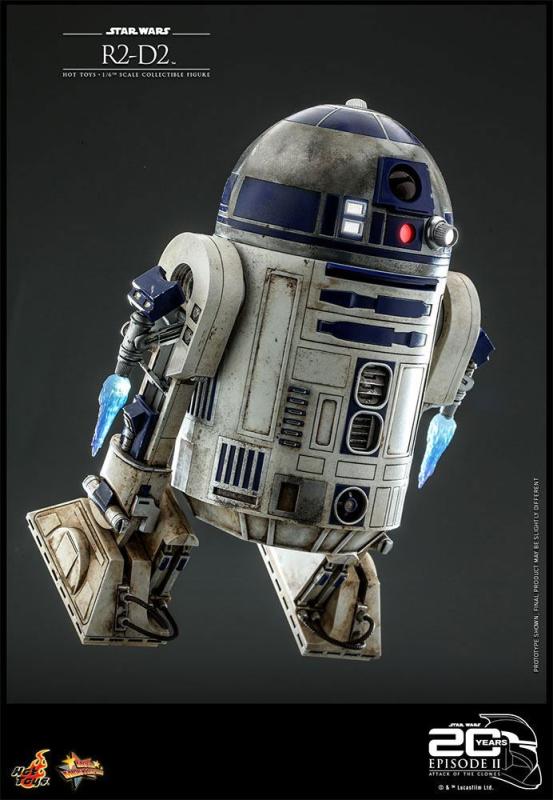 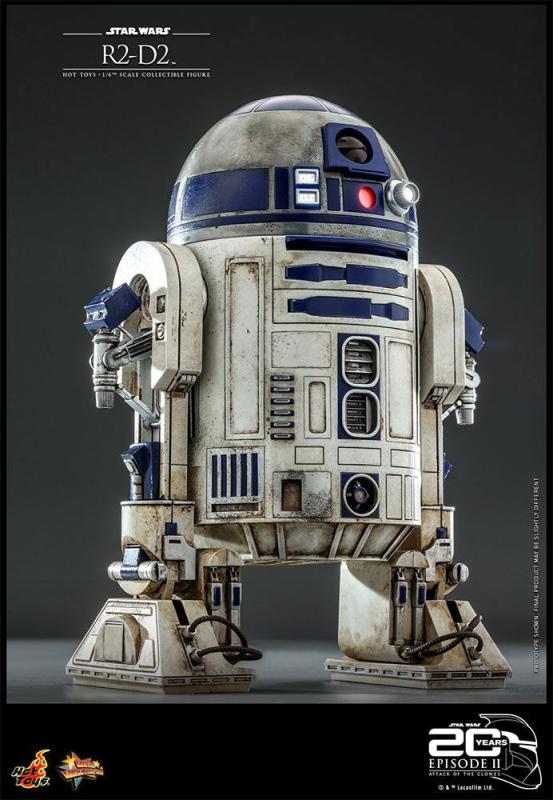 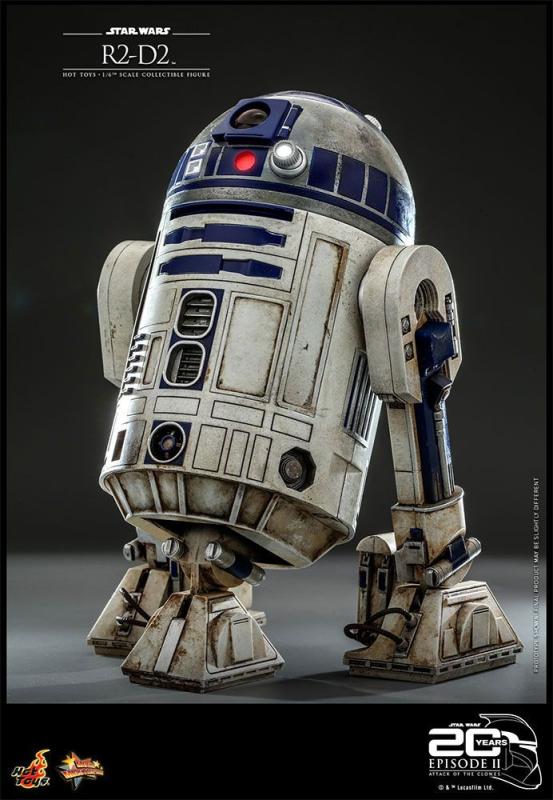 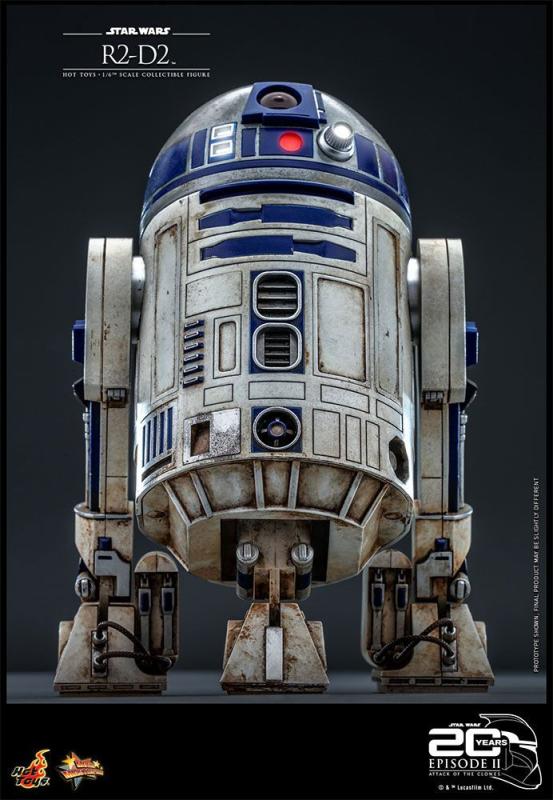 A reliable and versatile astromech droid, R2-D2 has served Padmé Amidala and Anakin Skywalker, showing great bravery in rescuing his masters and their friends from many perils. A skilled starship mechanic and fighter pilot's assistant, he has an unlikely but enduring friendship with the fussy protocol droid C-3PO.

Celebrating the 20th anniversary of Star Wars: Attack of the Clones, Sideshow and Hot Toys is pleased to officially introduce a series of Star Wars collectibles based on this landmark film for fans!

The R2-D2 Sixth Scale Collectible Figure is skillfully crafted with a diecast metal dome, a highly detailed mechanical construction body with openable panels and a retractable middle leg, weathered paint application, an array of accessories including a pair of rocket thrusters, a tether cable for recreating the scene when R2-D2 fixes C-3PO, a collection of attachable mechanical arms and tools, as well as a specially designed commemorative packaging.

Don't miss the opportunity to pair R2-D2 with the C-3PO sixth scale figure in your Star Wars collection today! 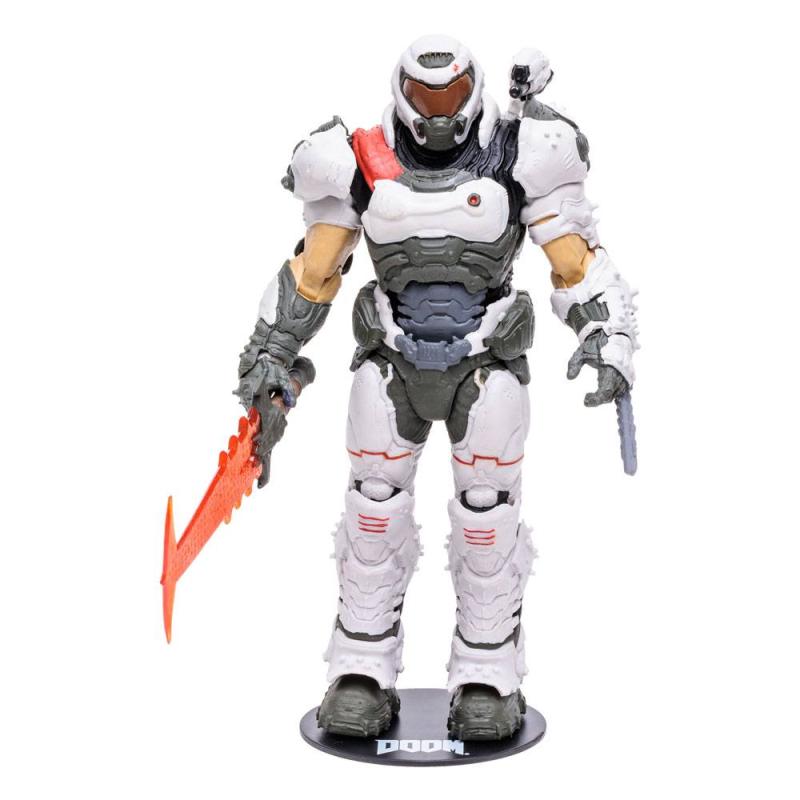 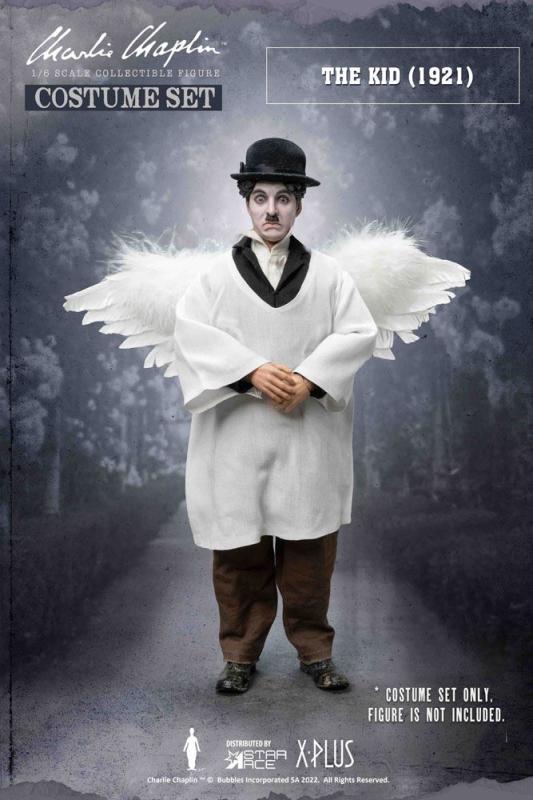 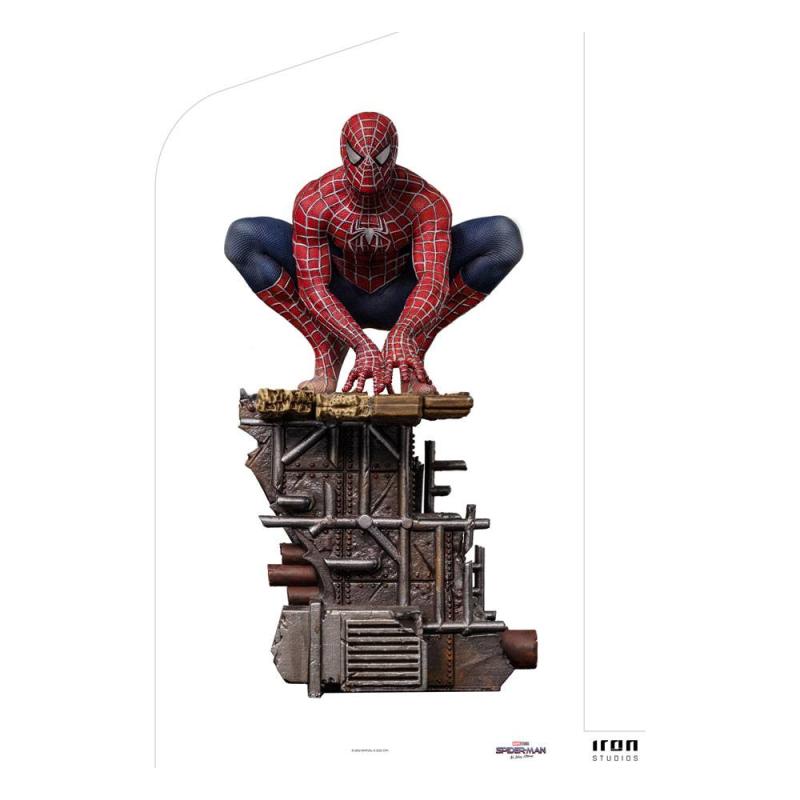 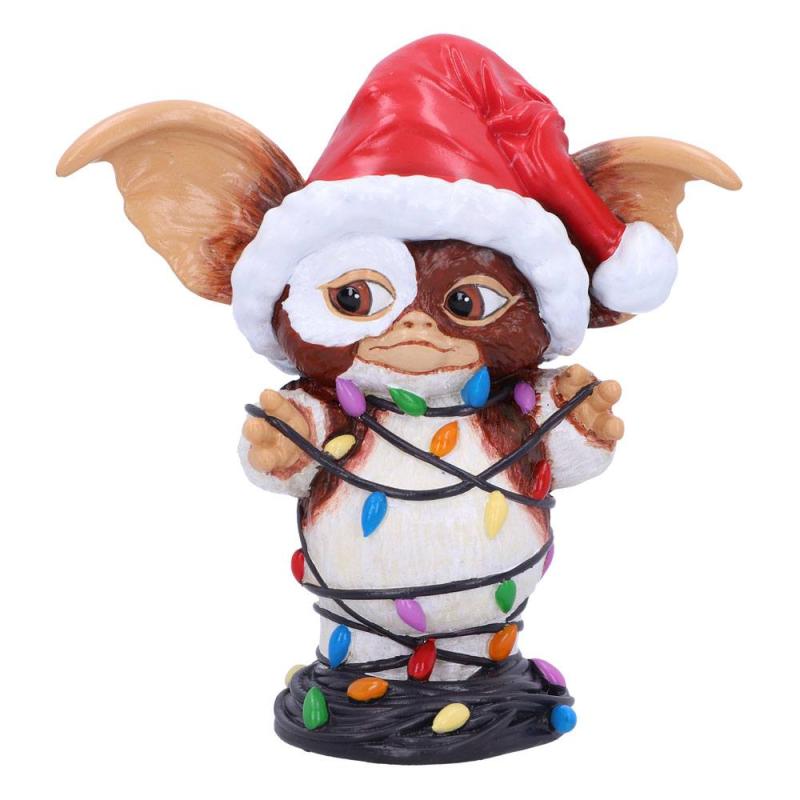 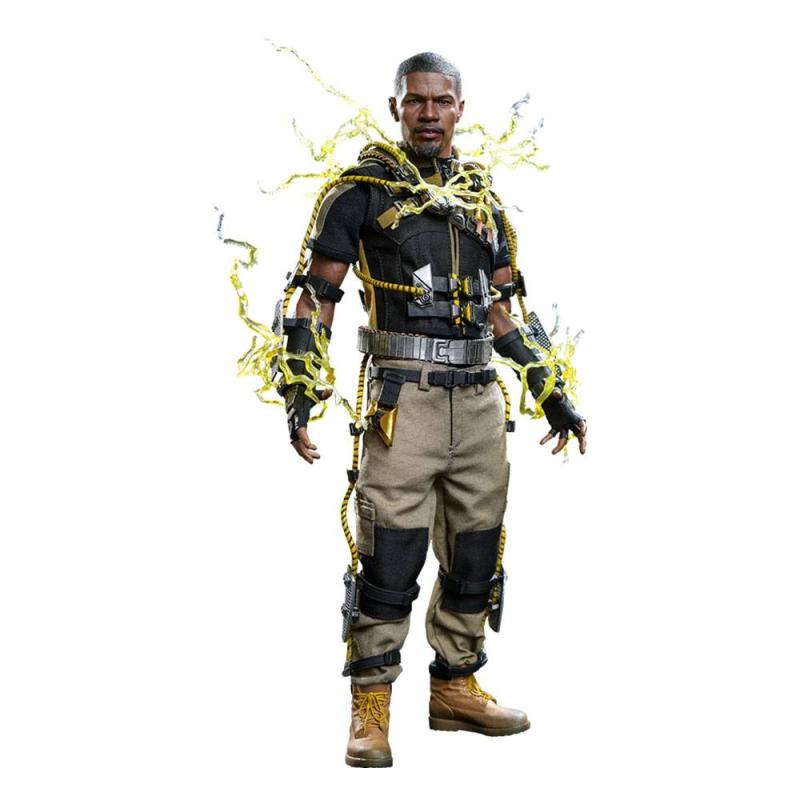 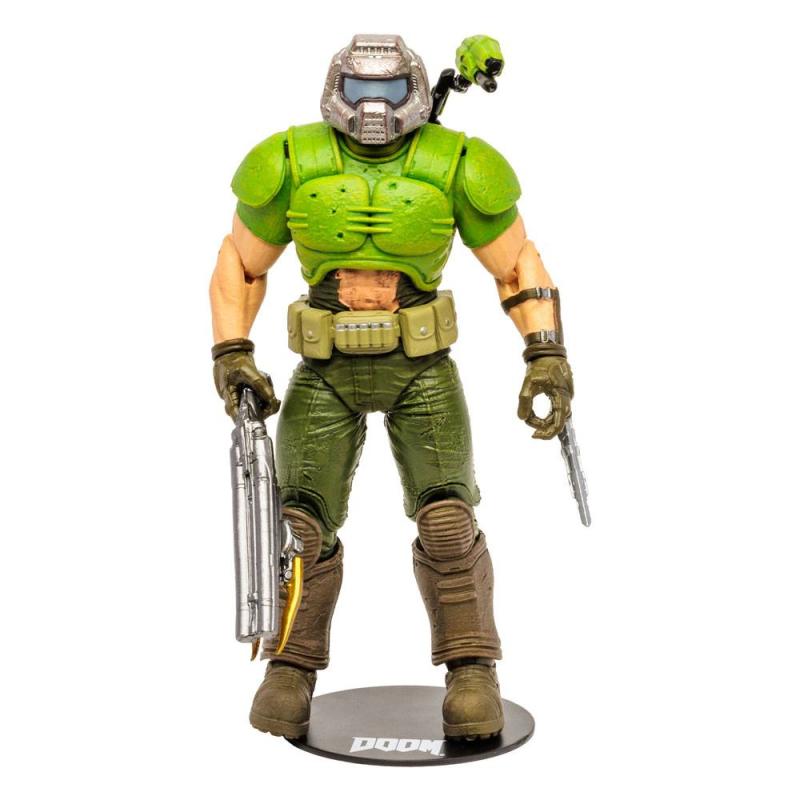