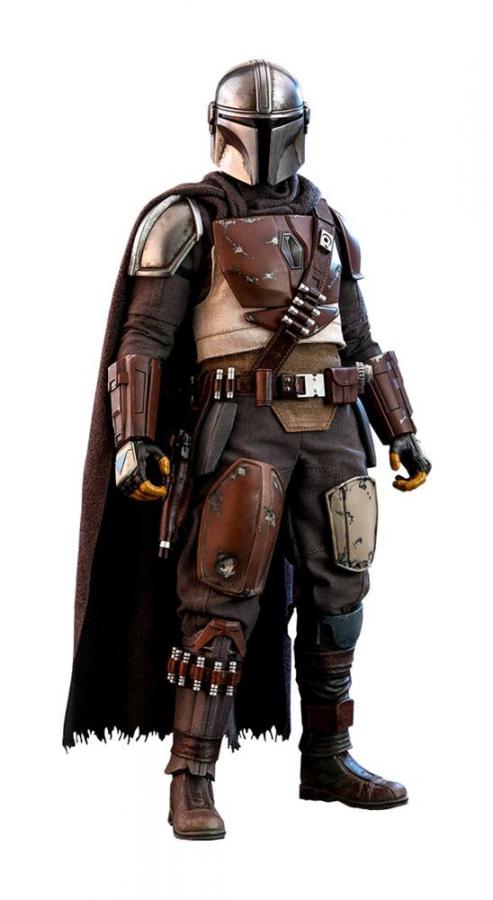 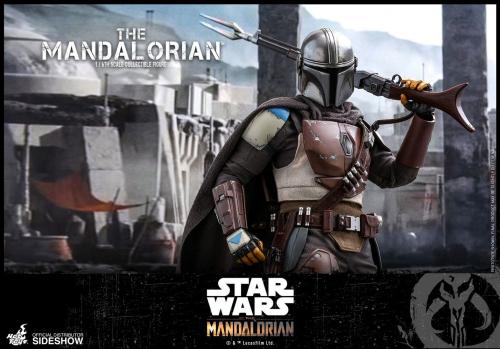 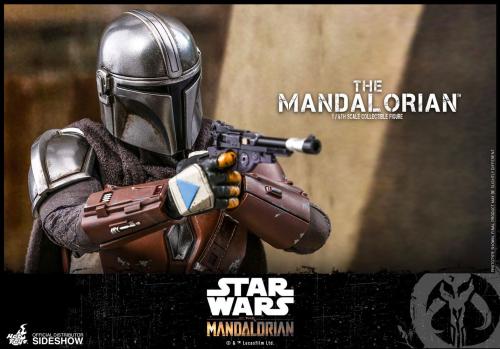 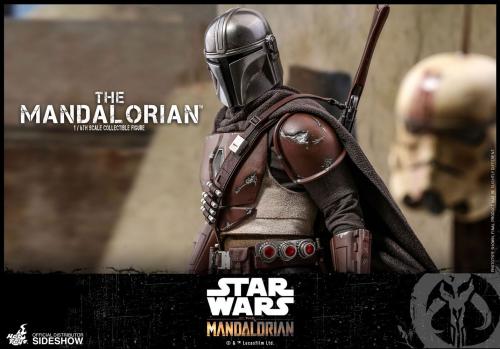 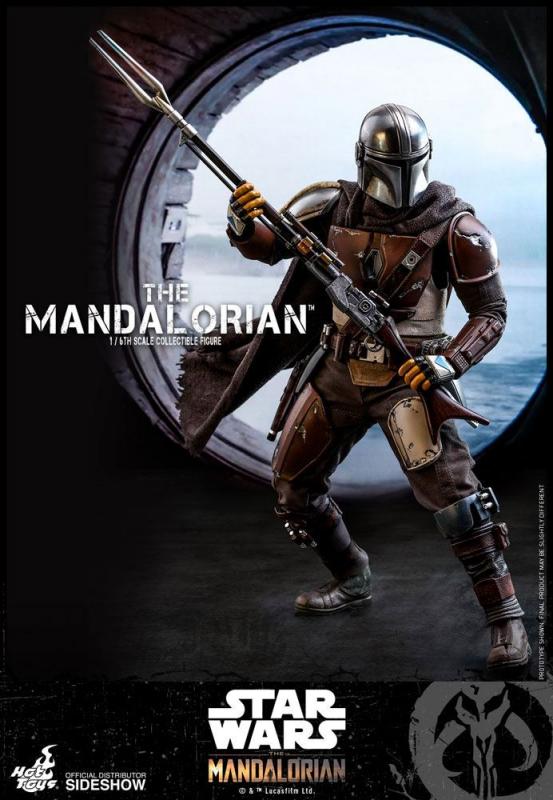 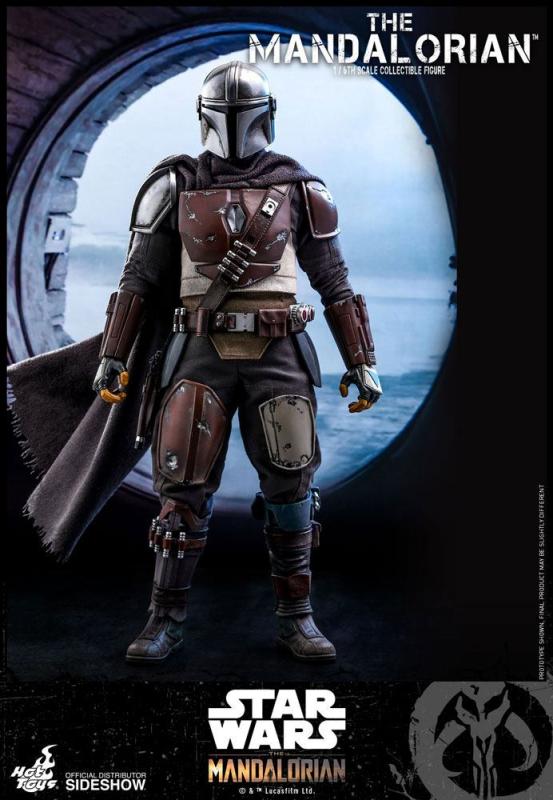 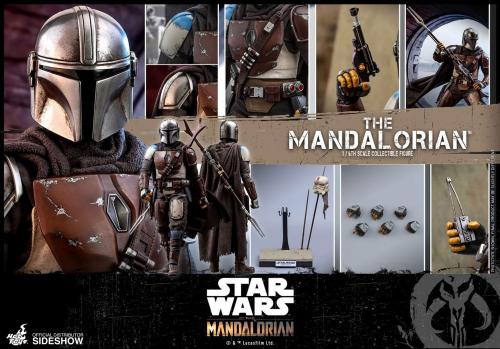 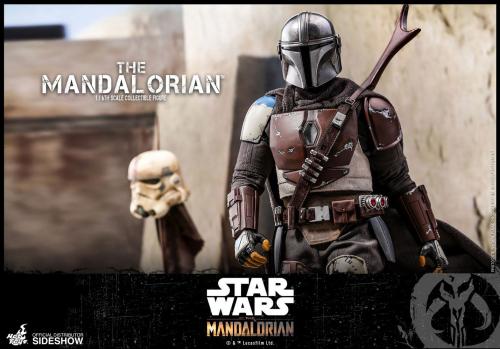 After the stories of Jango and Boba Fett, another warrior emerges in the Star Wars universe. The Mandalorian is set after the fall of the Empire and before the emergence of the First Order. We follow the travails of a lone gunfighter in the outer reaches of the galaxy far from the authority of the New Republic.

The highly-accurate collectible figure features a meticulously crafted helmet and armor pieces, a finely tailored outfit, beautifully applied weathering effects, a blaster rifle, a blaster pistol, with accessories to set up a diorama base including a battle-damaged Stormtrooper helmet, a flag, spears, and desert-themed figure base.

This Mandalorian Sixth Scale Collectible Figure will surely become a treasured piece to add to your collection! 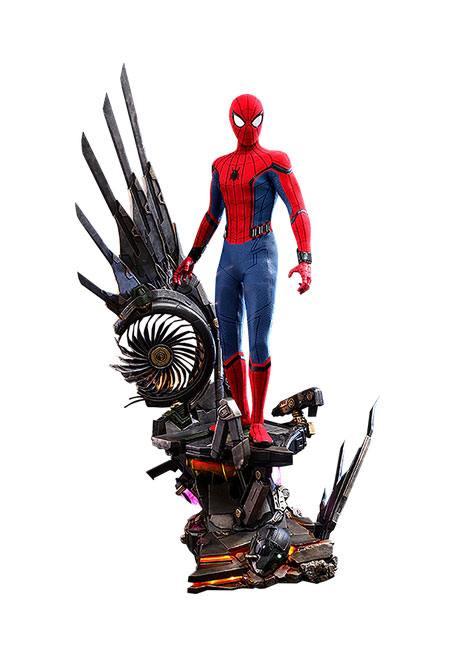 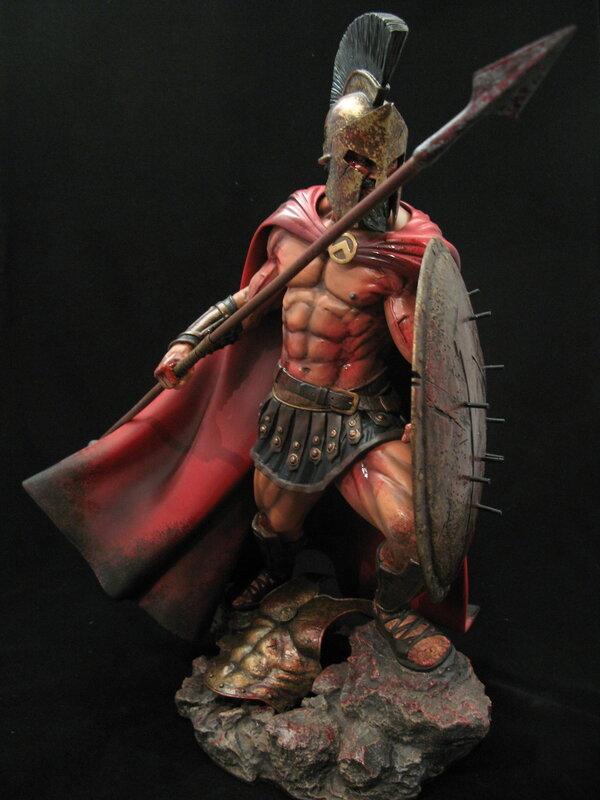 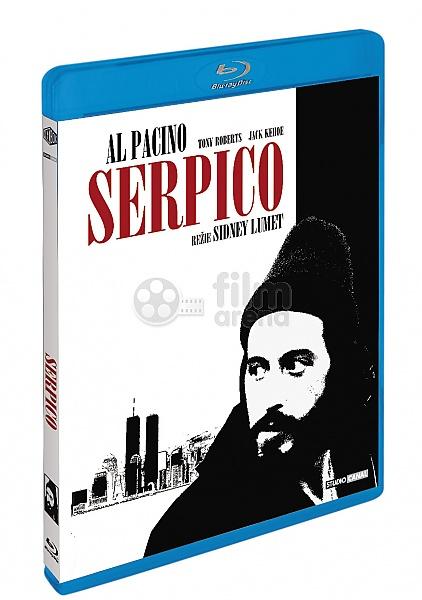 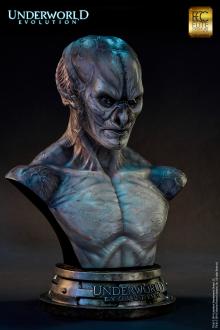 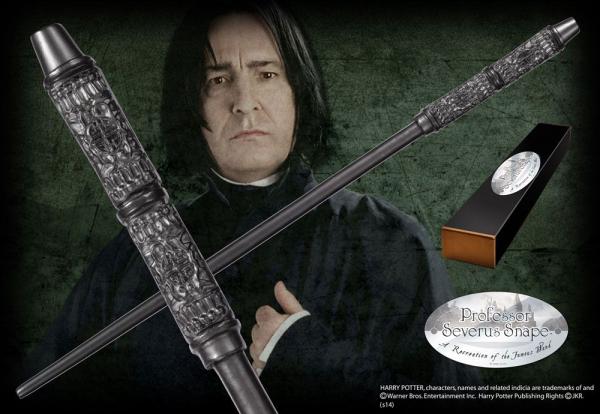