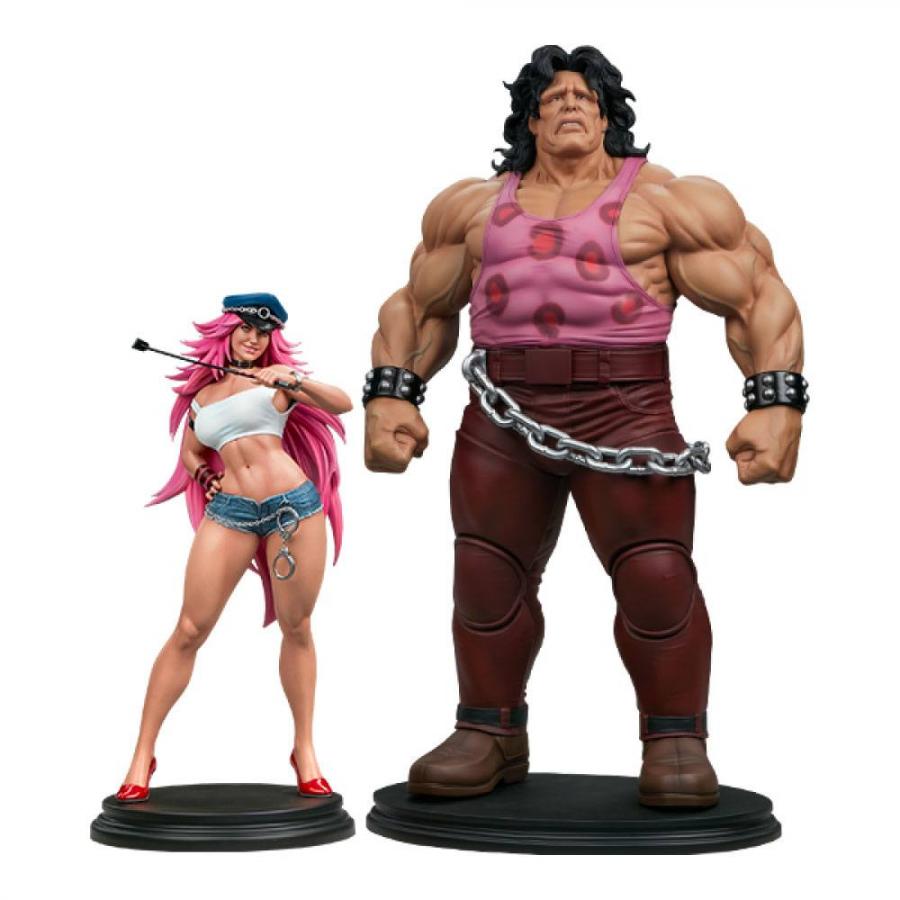 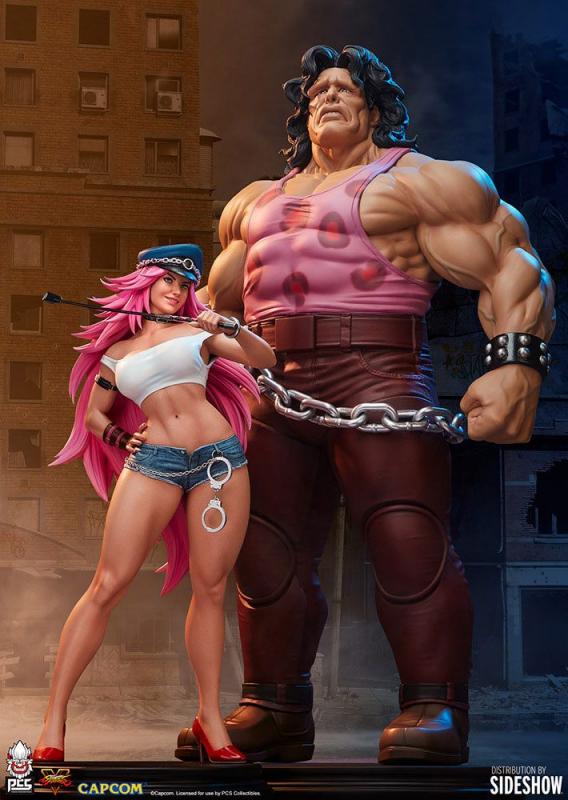 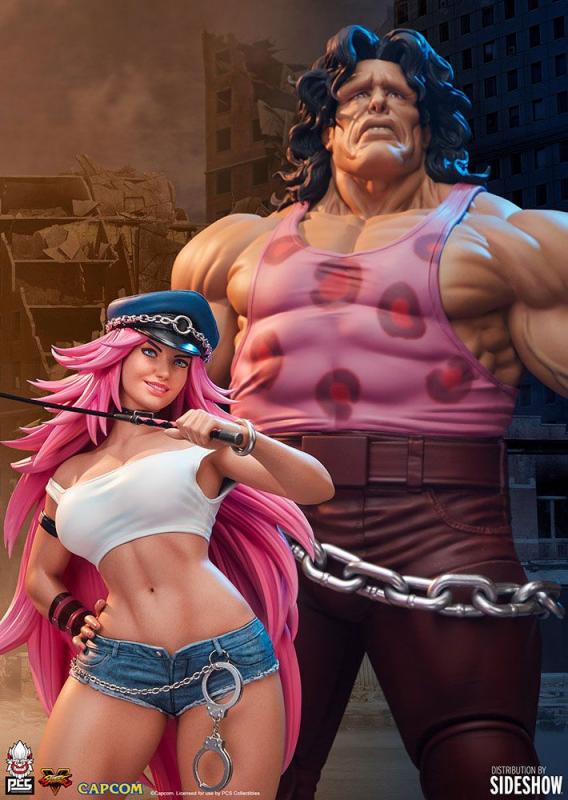 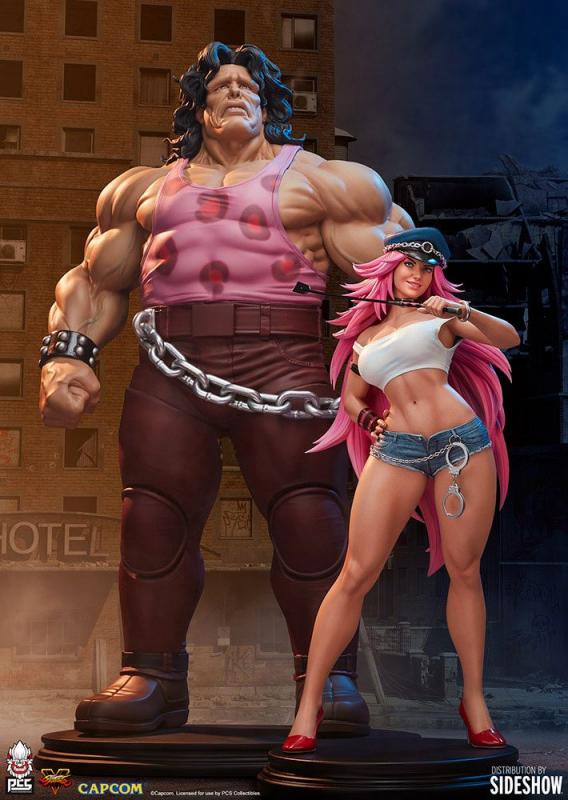 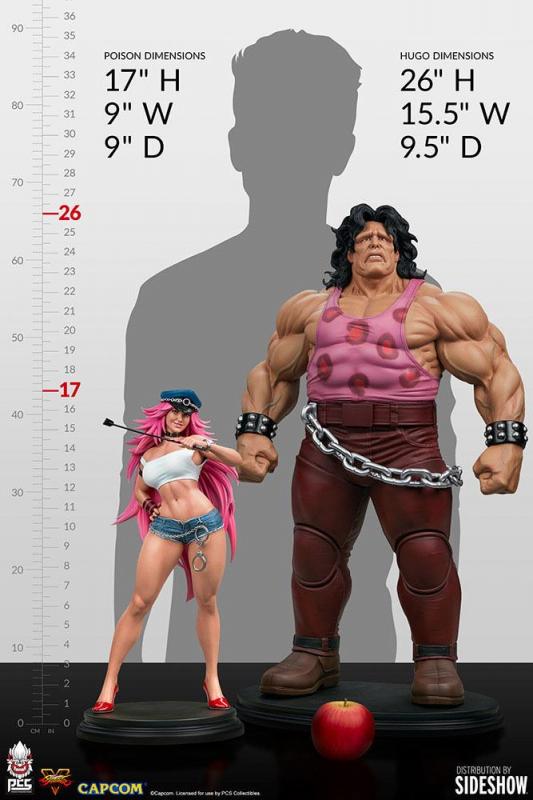 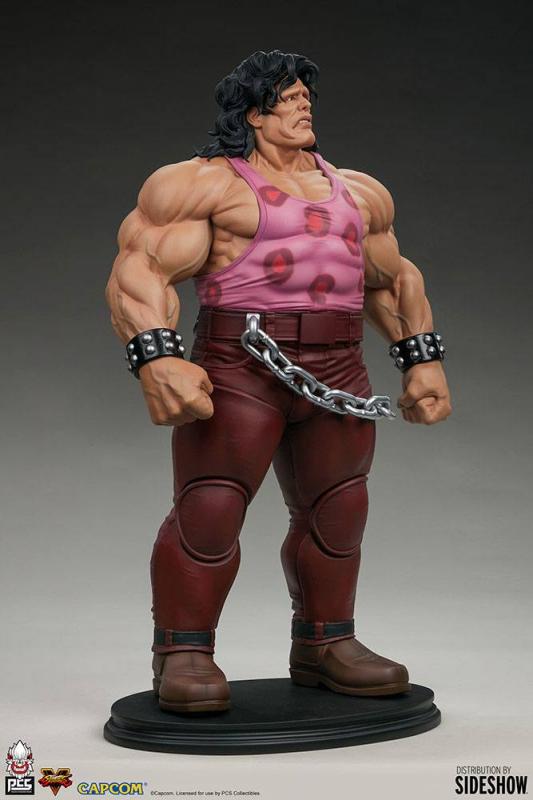 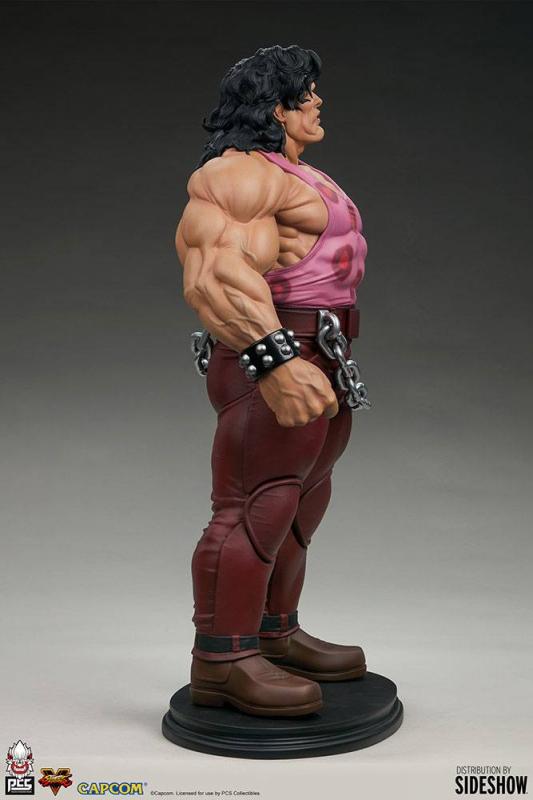 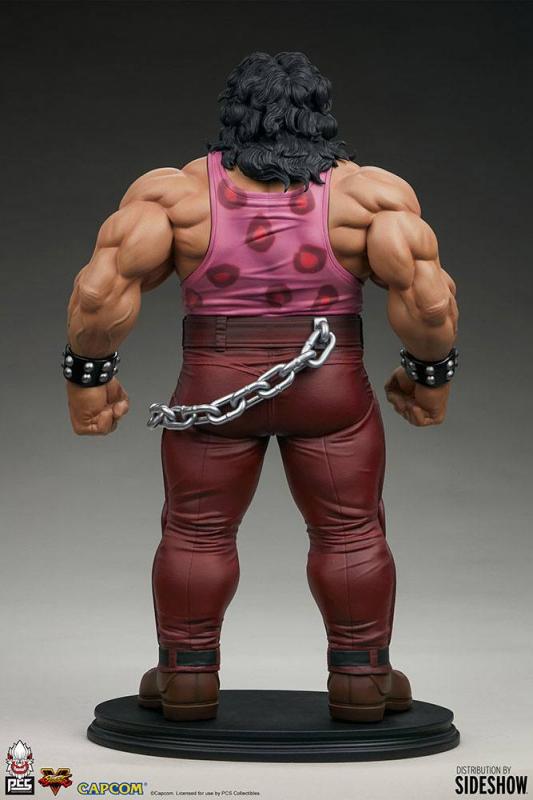 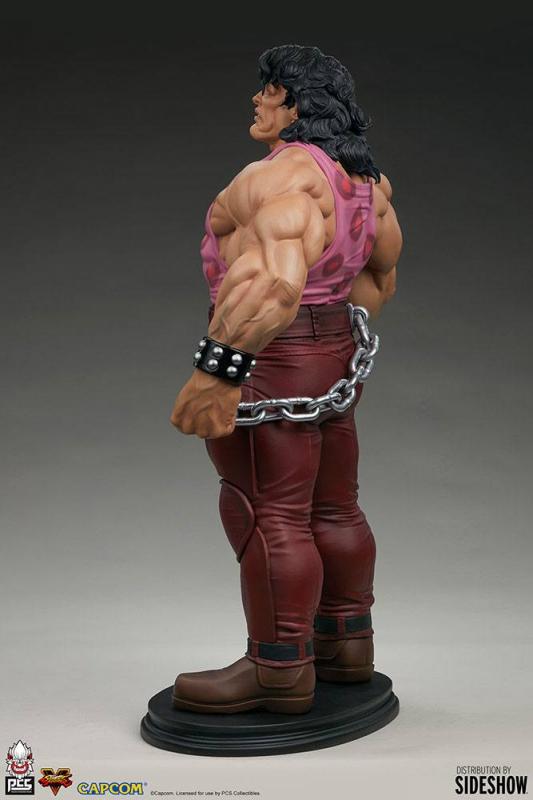 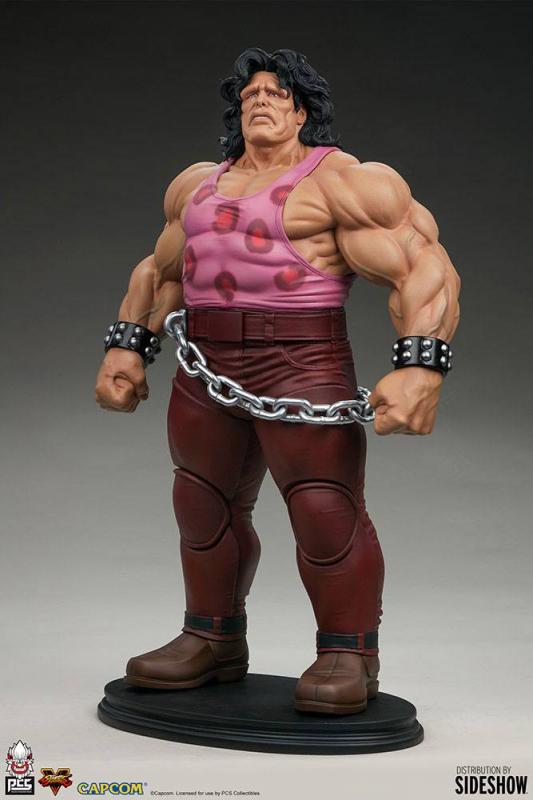 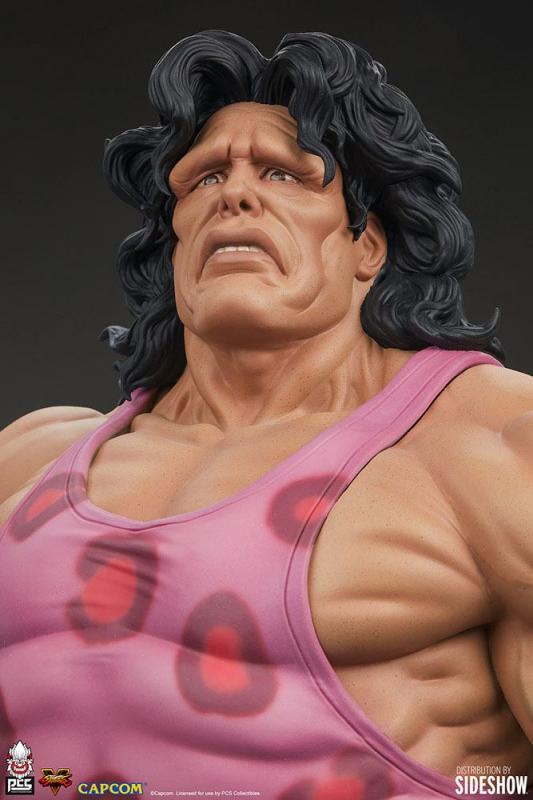 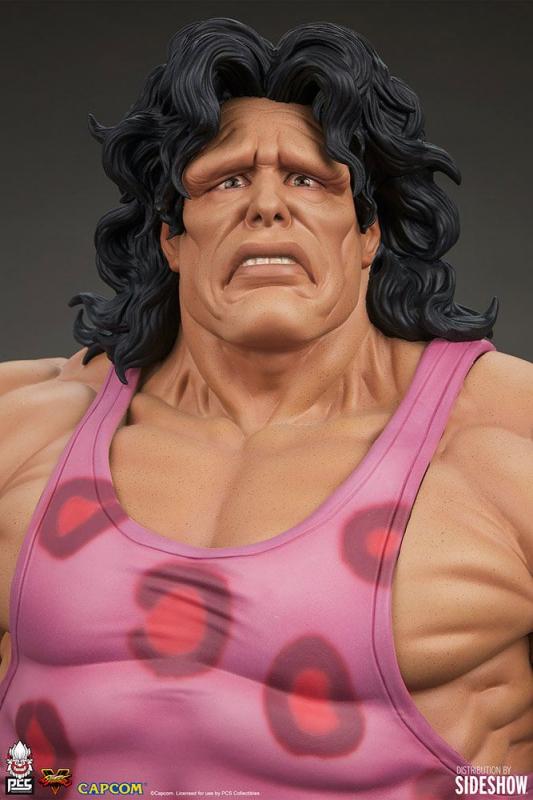 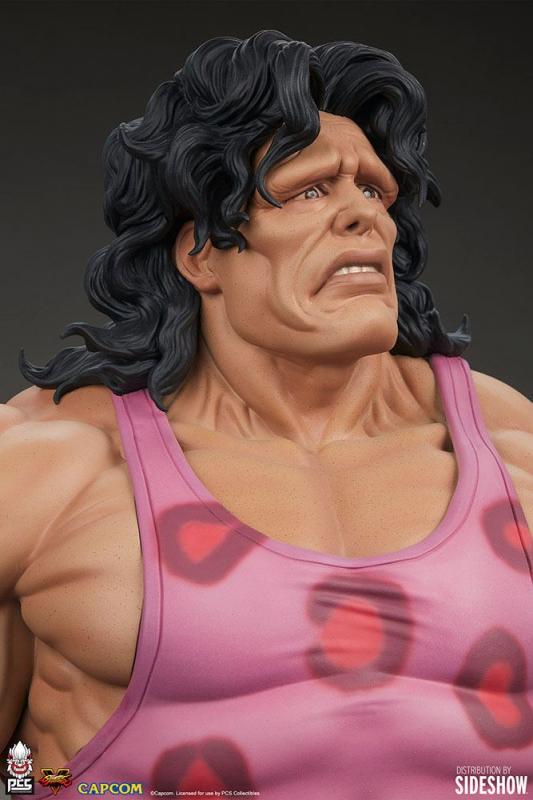 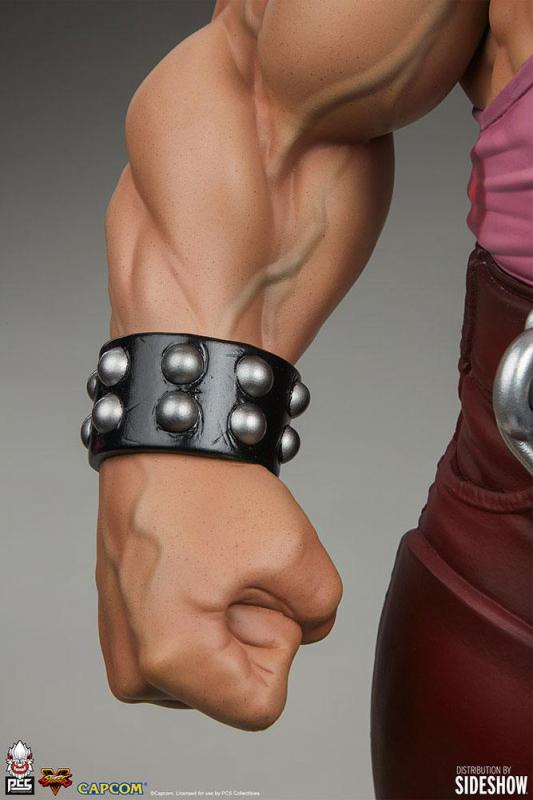 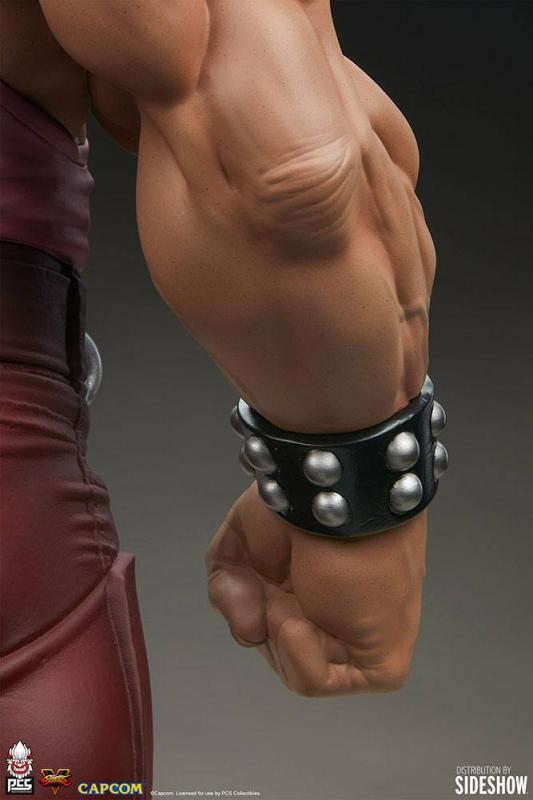 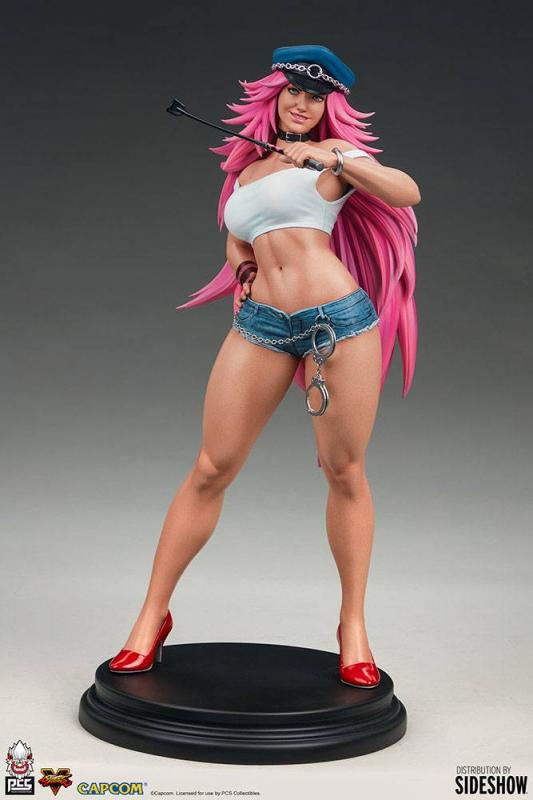 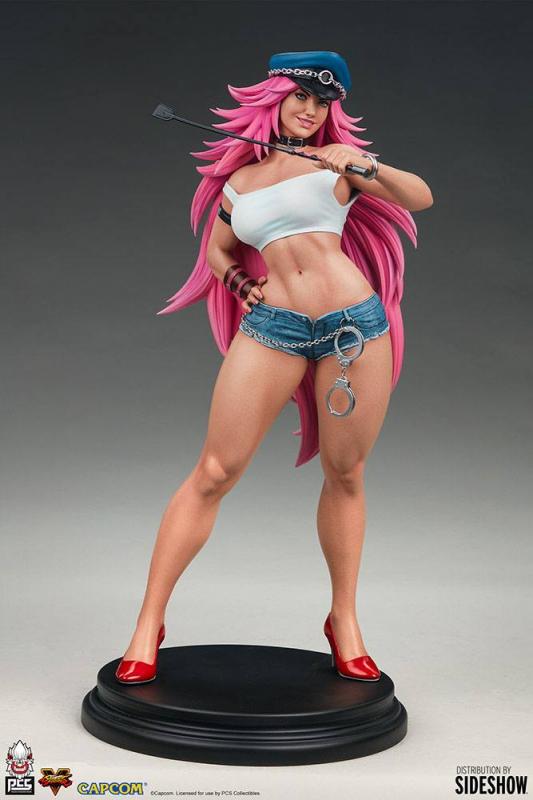 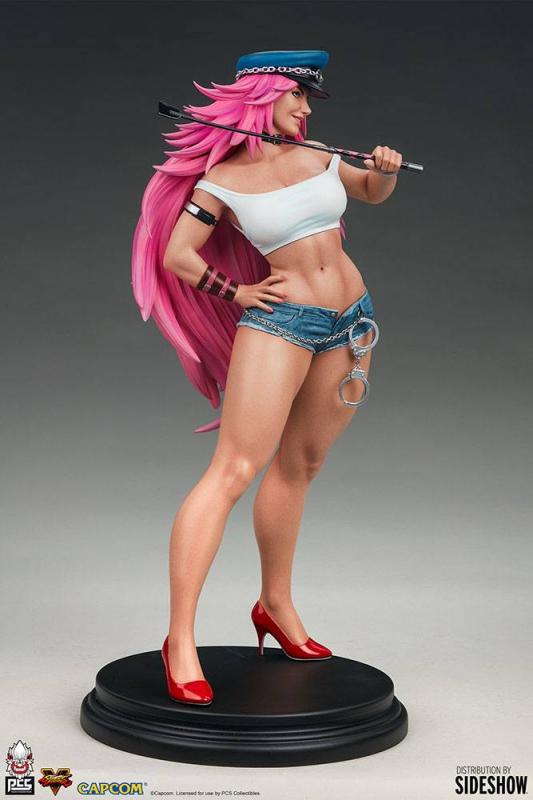 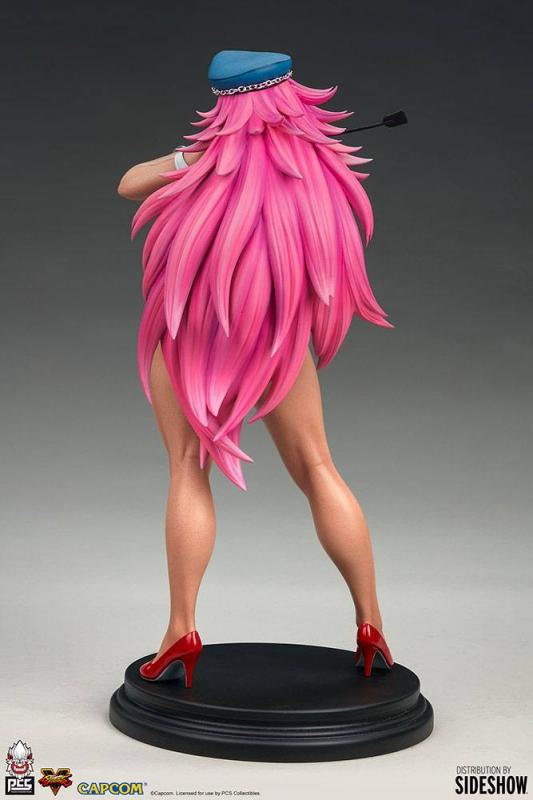 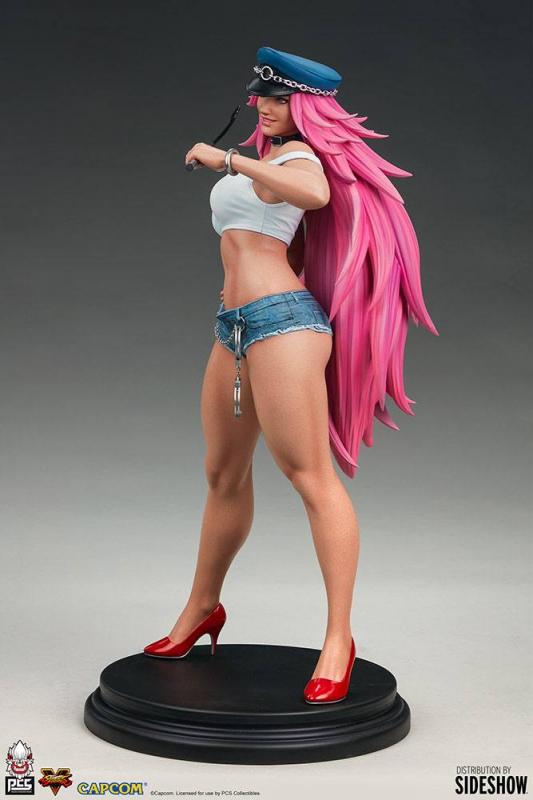 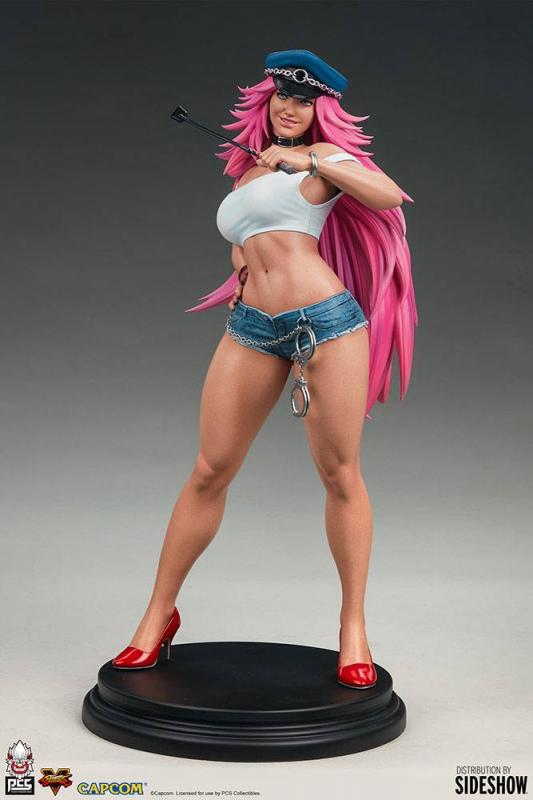 "Get a grip, Hugo! If you get beat up in practice, what's gonna happen in a real fight?"

The Mad Gear Exclusive Hugo and Poison Statue Set unites pro wrestler Hugo Andore and his manager Poison, former members of the Mad Gear Gang with a storied history from Final Fight to Street Fighter. The Hugo 1:4 Scale Statue measures a massive 26" tall and 15.5" wide on a simple black base, flexing his muscles and towering over the competition. His face is usually shadowed by his shaggy black hair, but this video game collectible statue shows off hidden intensity with a detailed portrait that blends his in-game design with a three-dimensional presentation. Hugo Andore is fully sculpted to capture the hulking might of this intimidating character as he appears in the Street Fighter series, wearing a pink leopard-spotted tank top and maroon pants over his impossibly muscular physique. His signature style is finished with brown boots, a silver chain belt, and black and silver studded wrist cuffs.

The Poison 1:4 Scale Statue measures 17" tall and 9" wide as the wrestling manager struts her stuff on a simple black base, rocking her seductive style with a riding crop in hand and silver cuffs chained to her denim cutoff shorts. She strikes a confident pose while teaming up with her partner in crime, ready to take down the competition both in and out of the wrestling ring. Poison is fully sculpted with a toned, athletic physique and her costume is complete with a pair of glossy red pumps, a cropped white tank top, and a black and blue chain hat resting on top of her spiky cascade of bright pink hair. Display the Poison Statue alongside Hugo or any of your other Street Fighter characters to create an epic team-up on your shelf.

Get your collection into gear - Mad Gear - with the Mad Gear Exclusive Hugo and Poison 1:4 Scale Statue Set by PCS today! 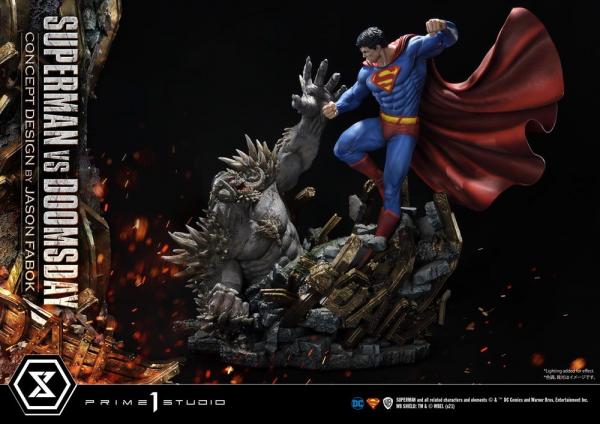 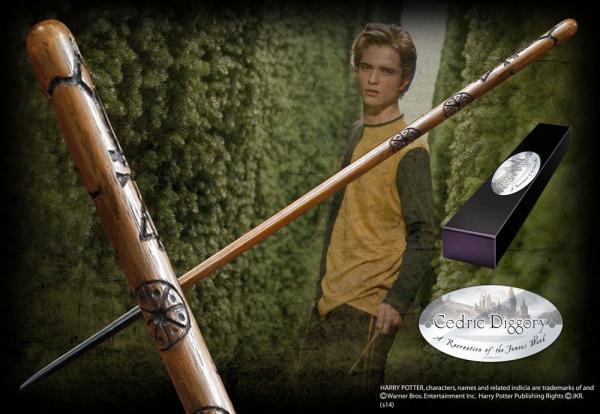 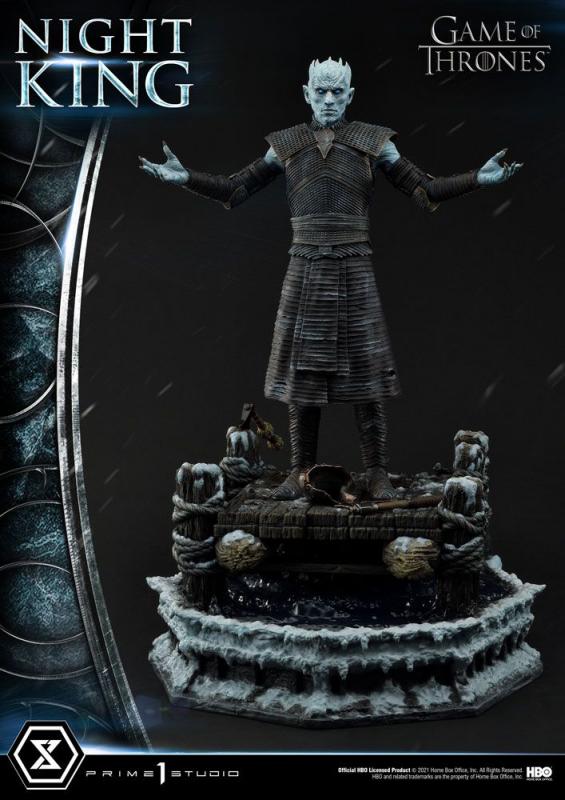 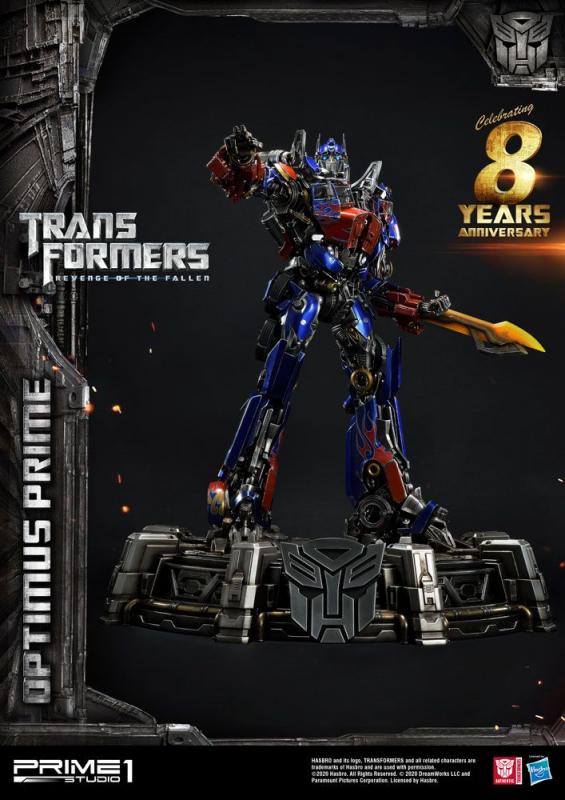 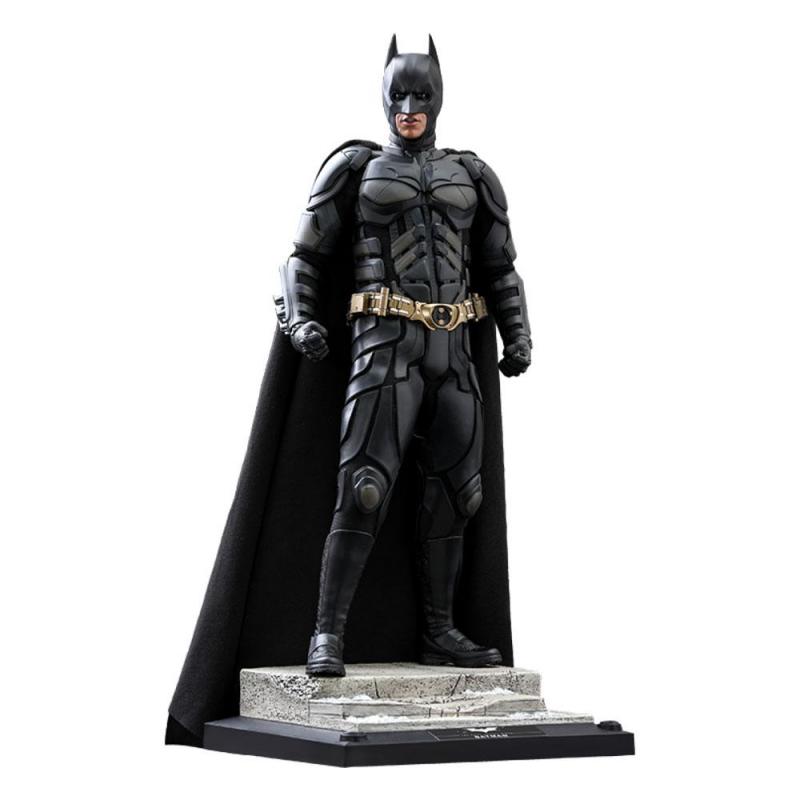