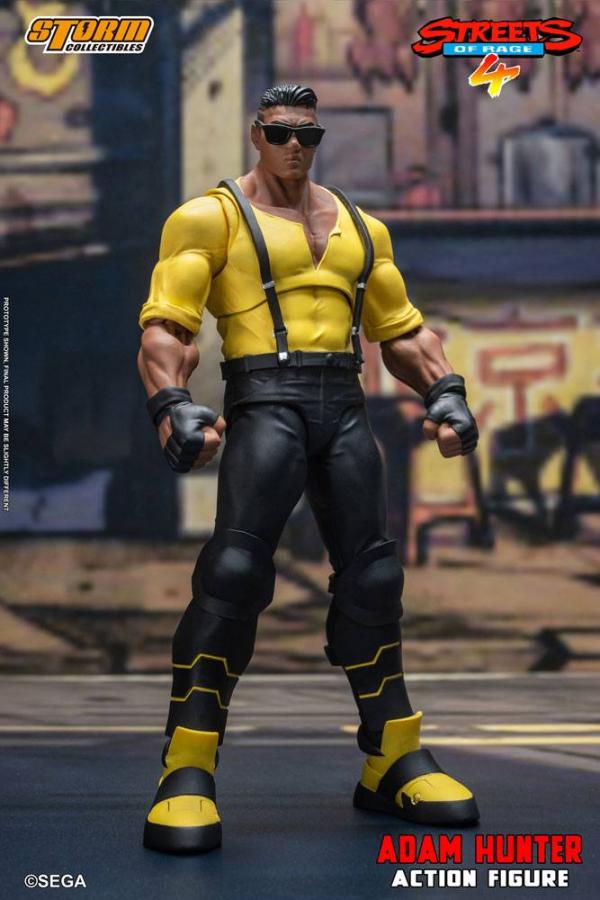 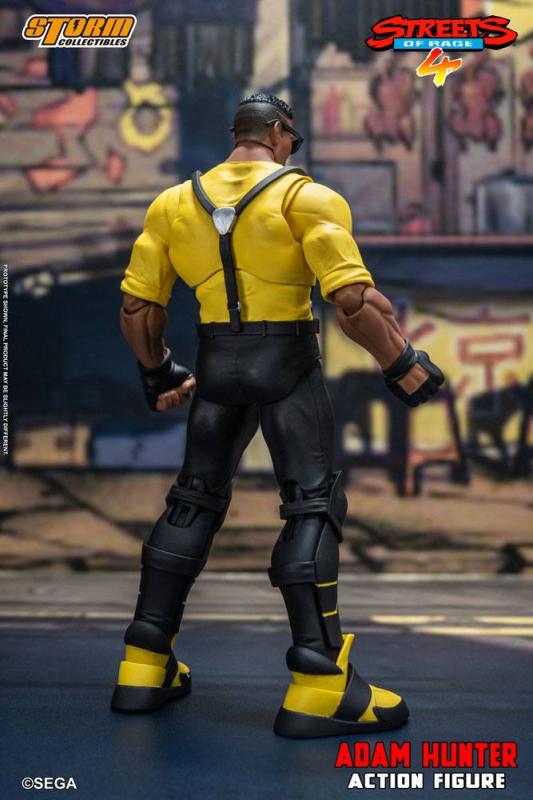 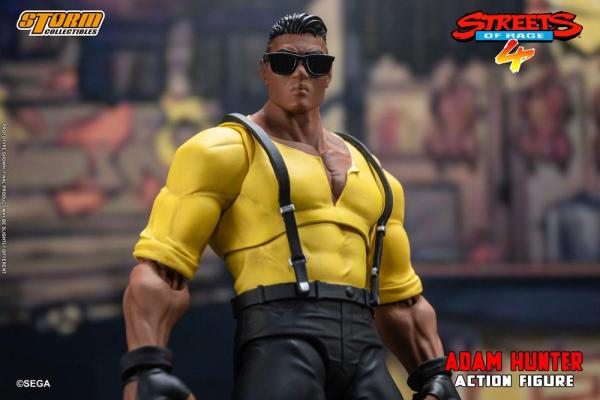 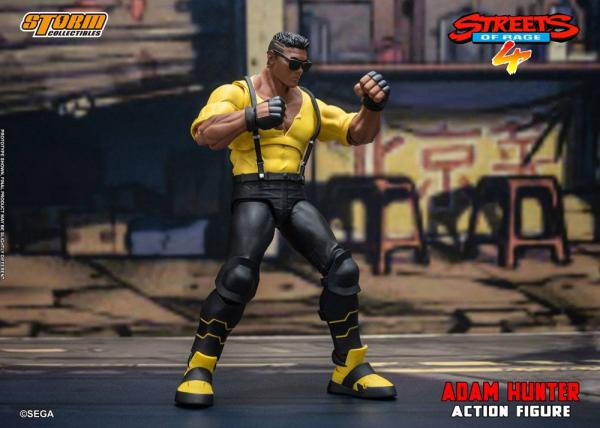 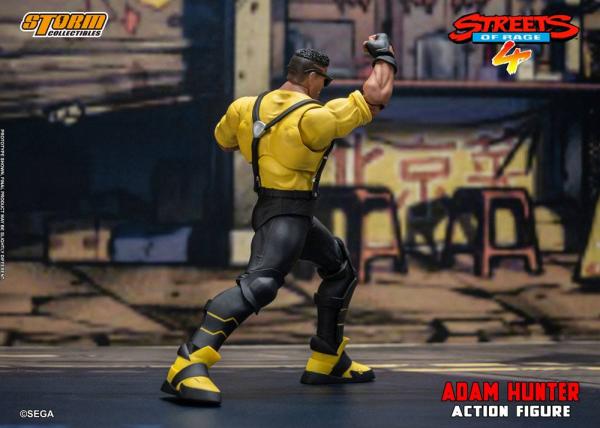 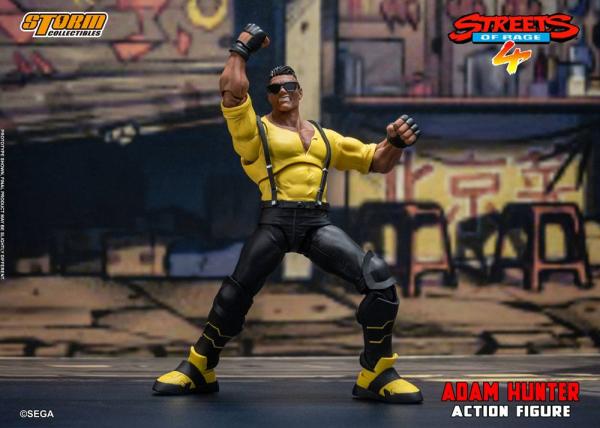 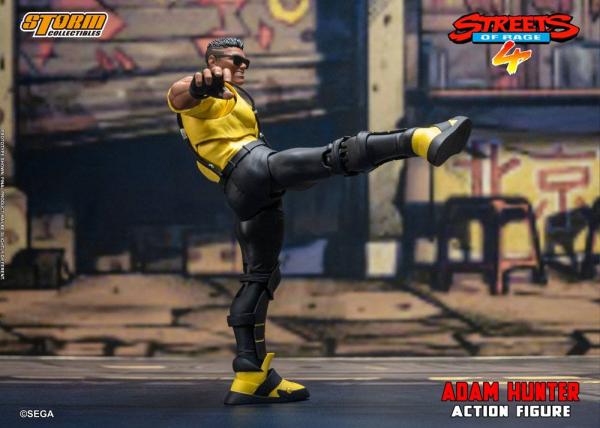 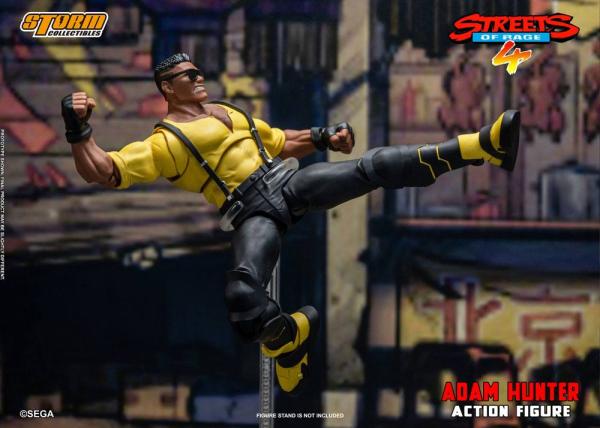 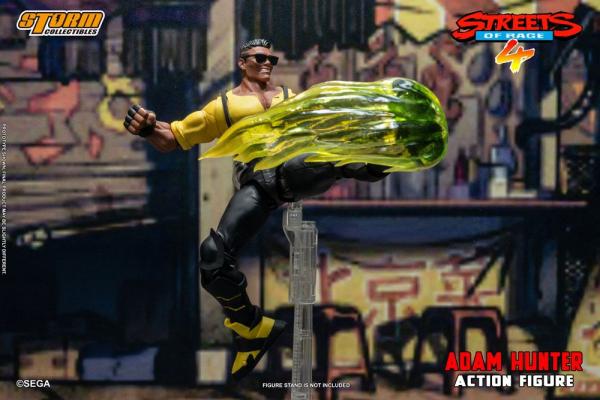 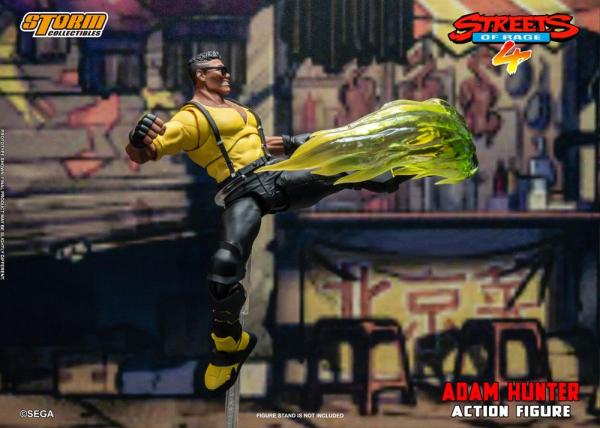 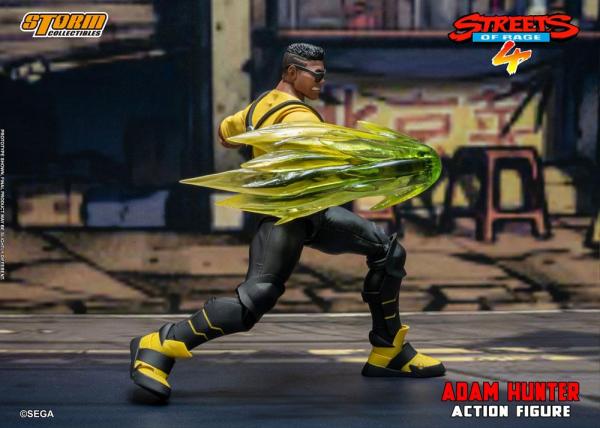 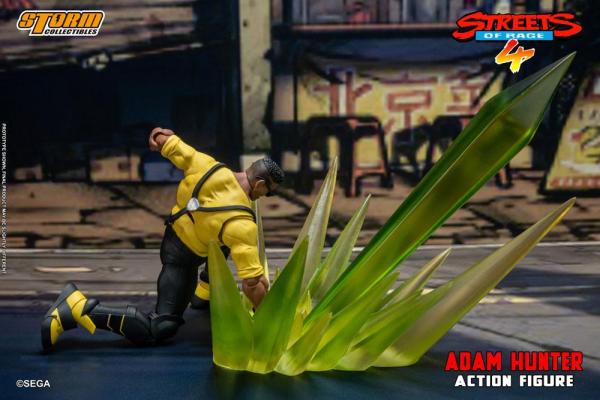 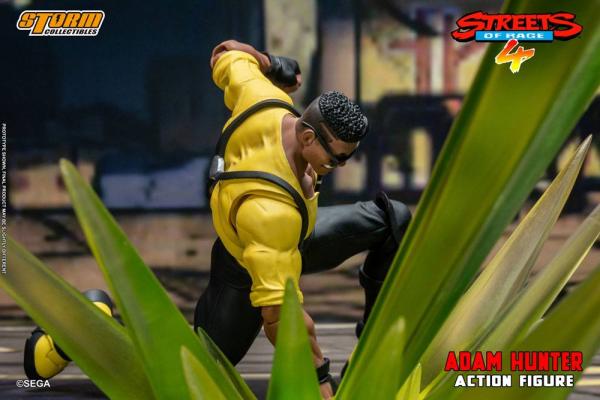 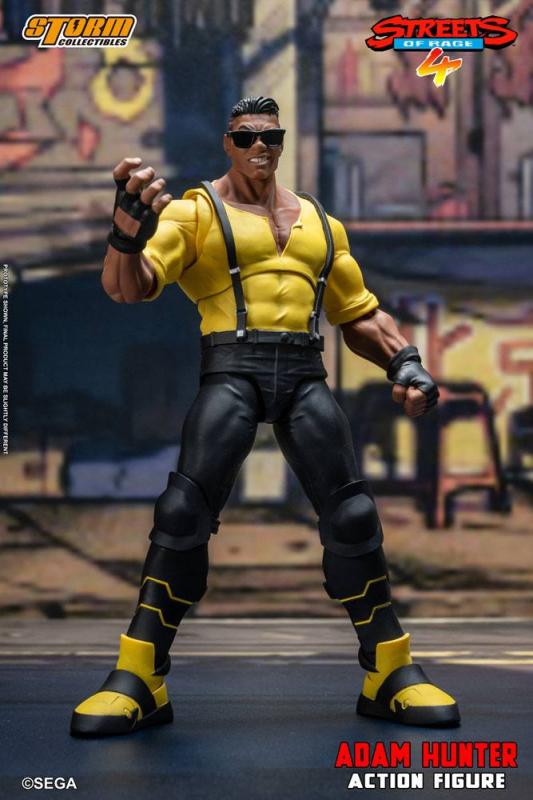 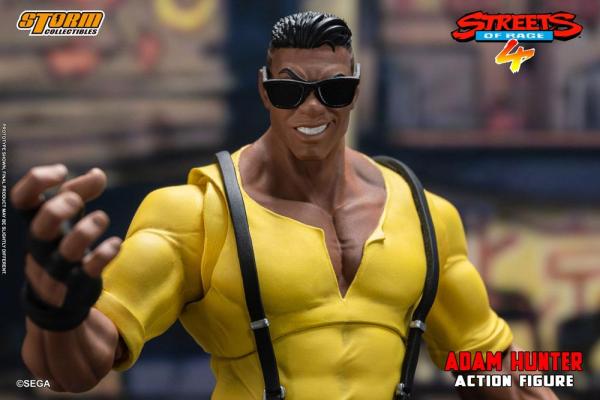 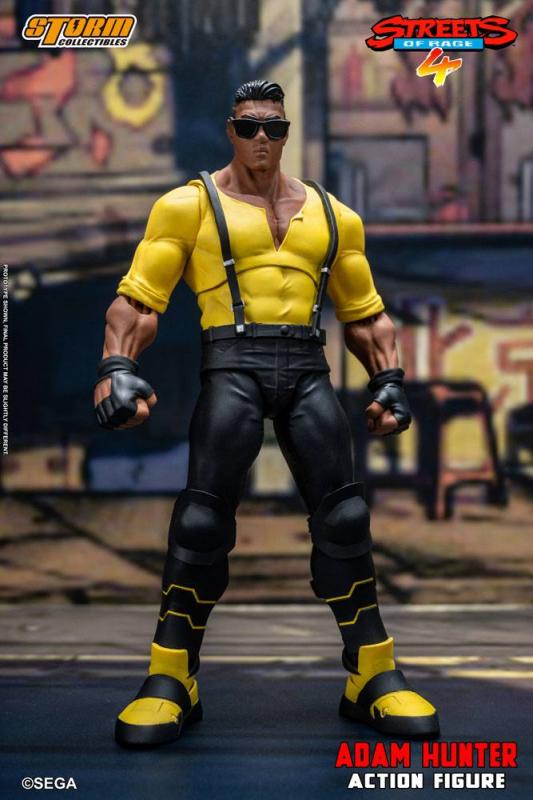 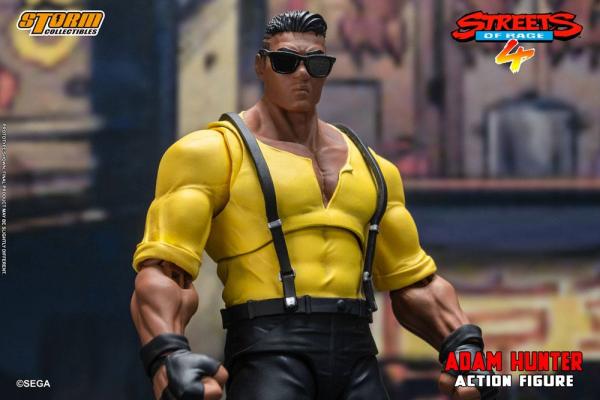 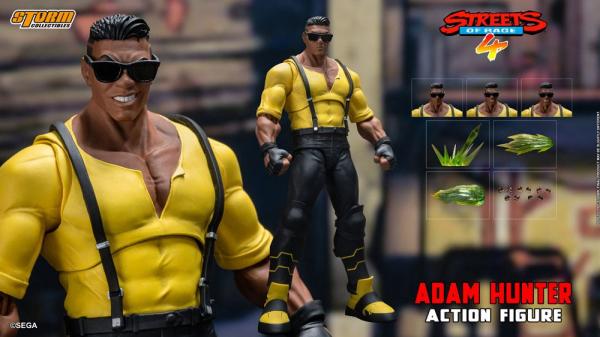 Adam Hunter makes his debut in 1991's Streets of Rage as one of the three cops who quit the city's corrupt police force, in order to personally hunt down the syndicate leader themselves. Along with Axel Stone and Blaze Fielding, he manages to defeat the syndicate leader Mr. X in his own headquarters. Adam uses a form of boxing with a large amount of kicks added into his move-set, more closely resembling kickboxing than actual traditional boxing. For his return in Streets of Rage 4, Adam became the more balanced character, with good range, great mobility and a new move-set reinforcing his boxing fighting style. 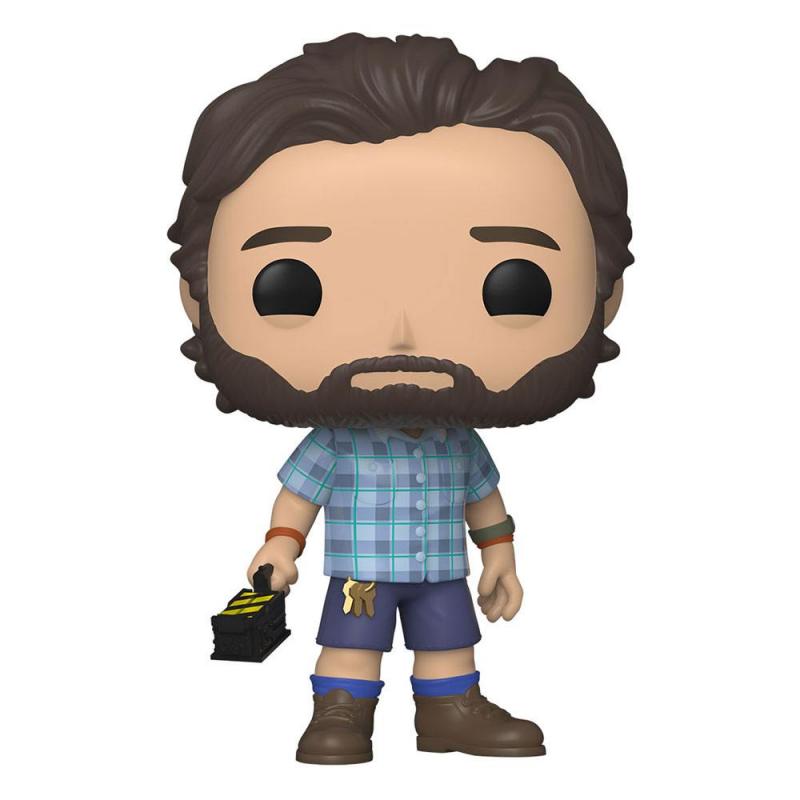 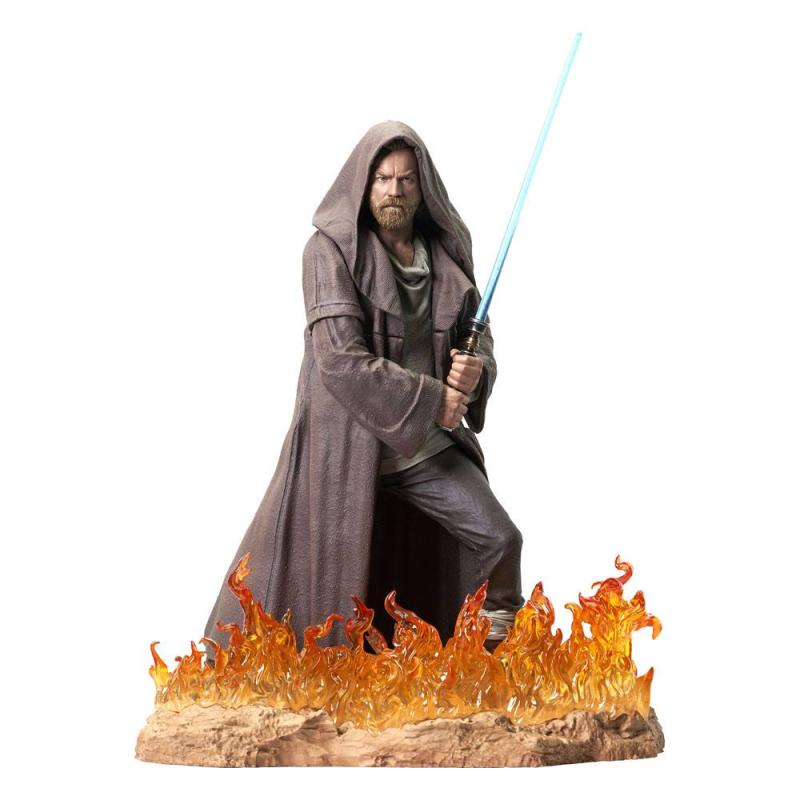 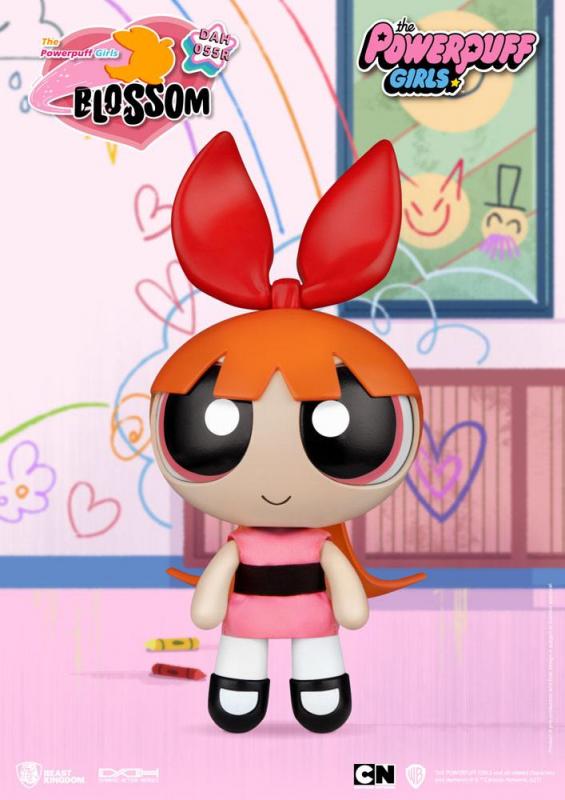 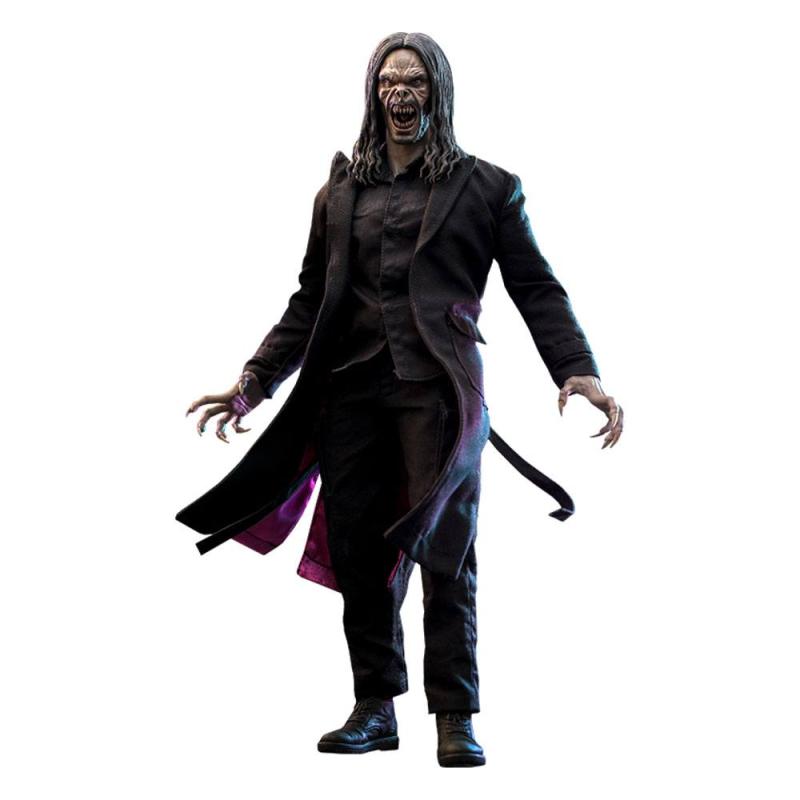 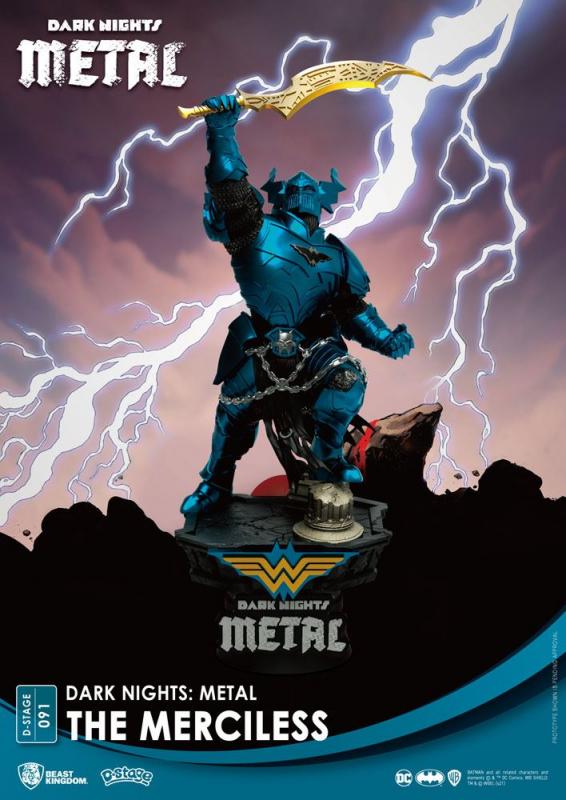 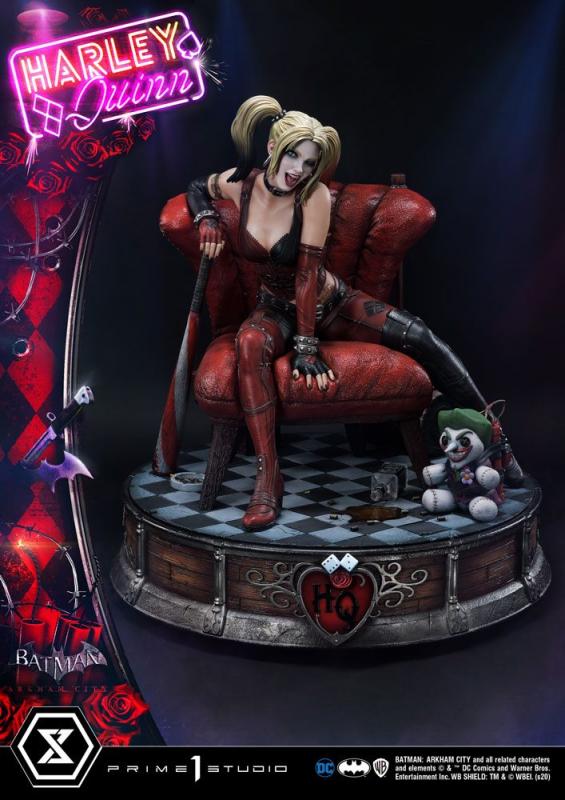