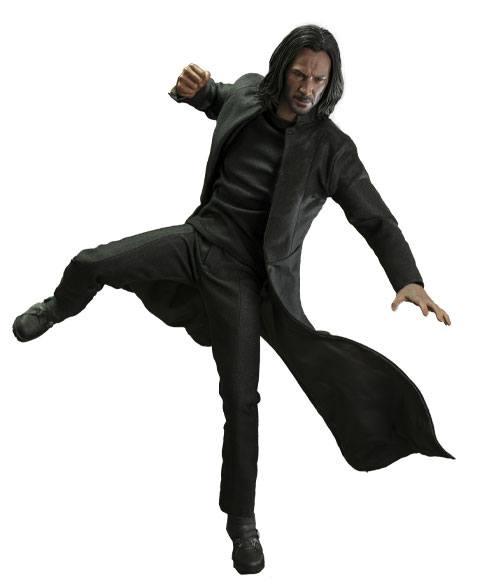 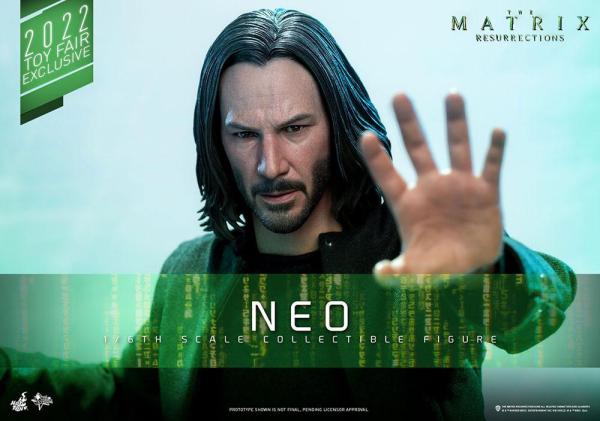 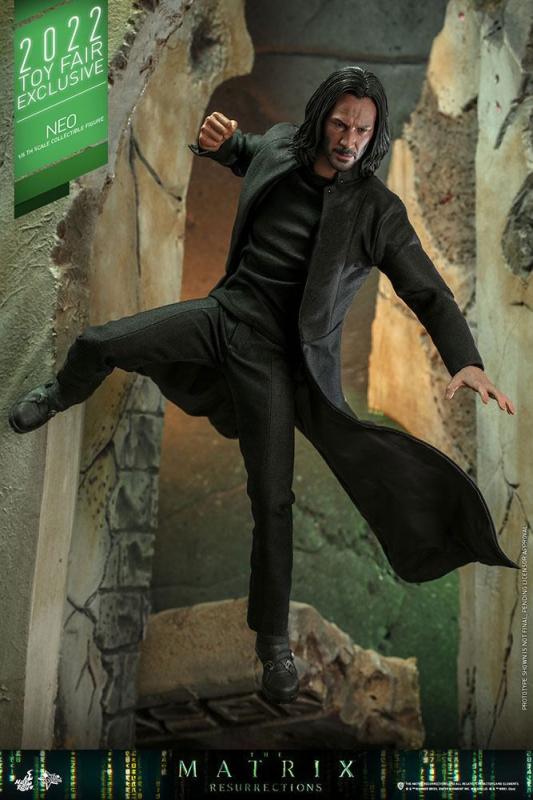 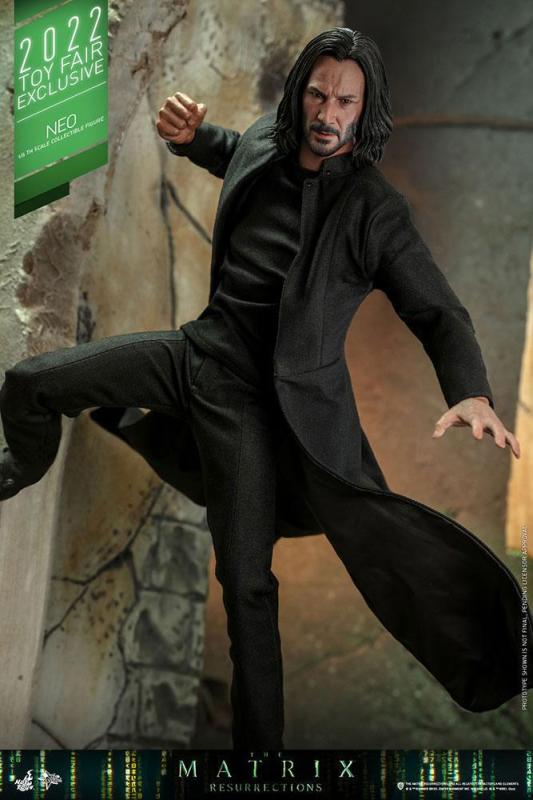 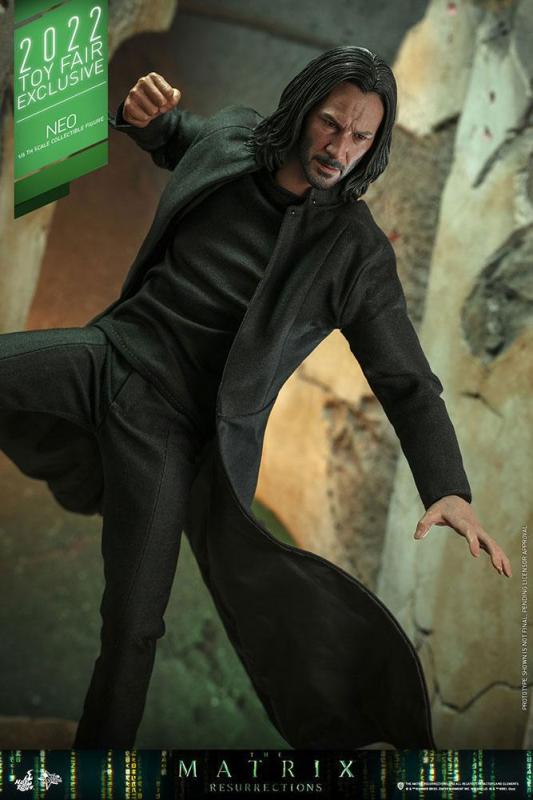 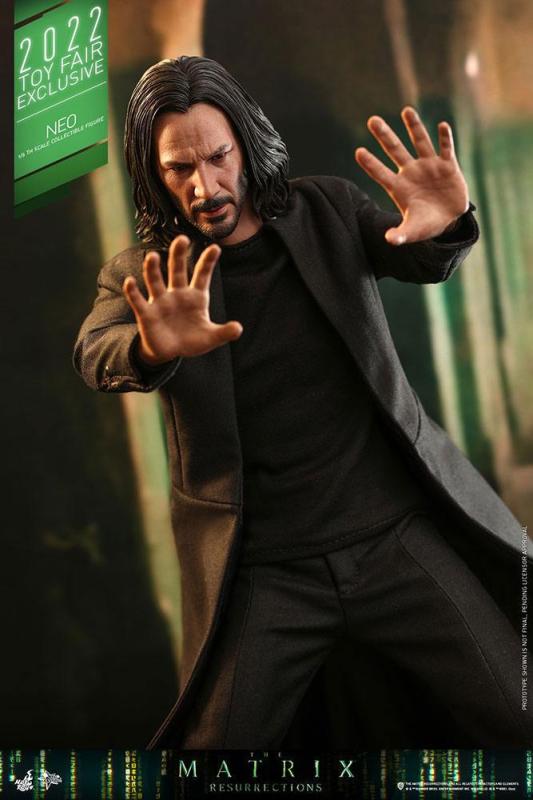 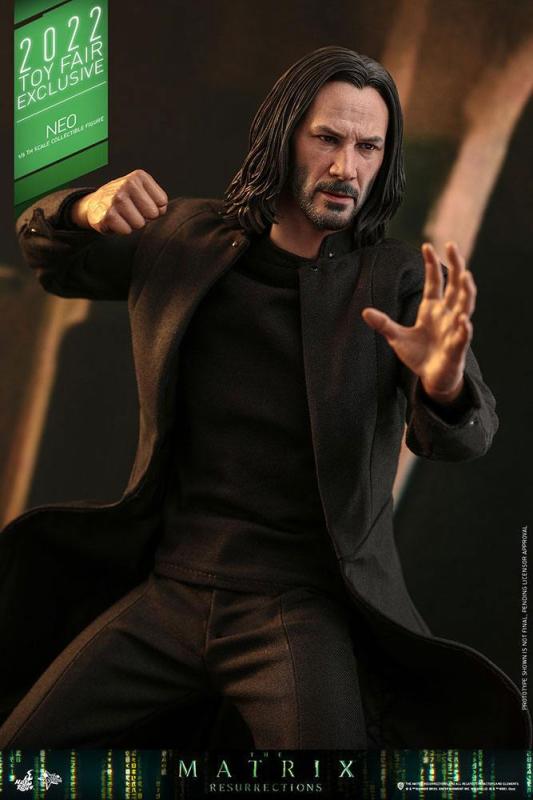 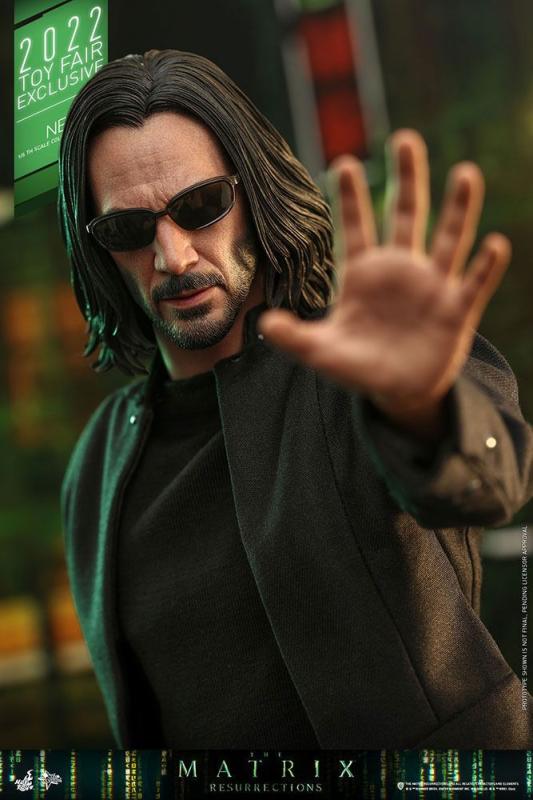 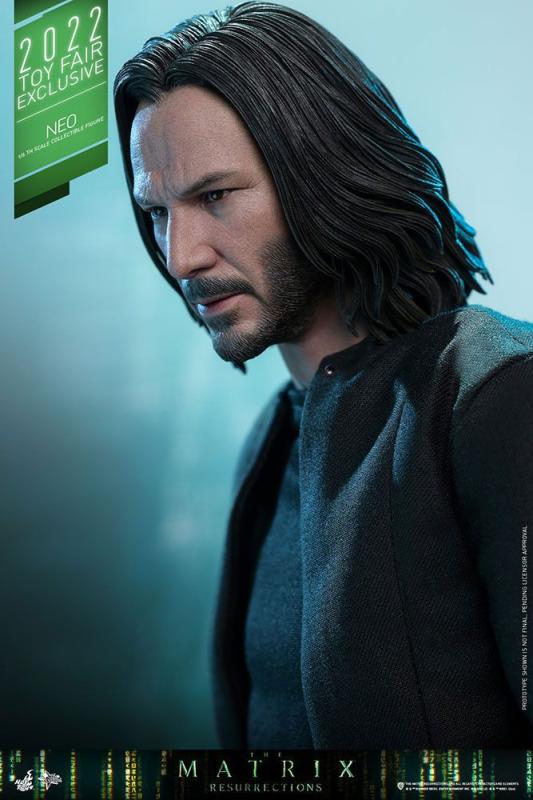 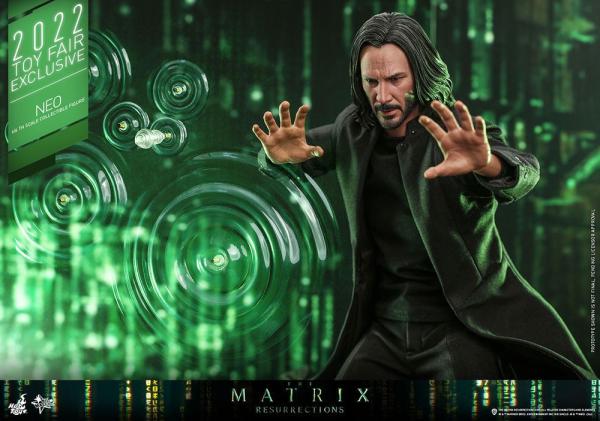 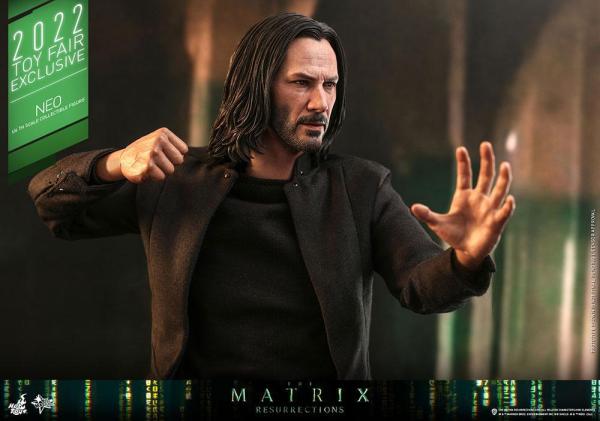 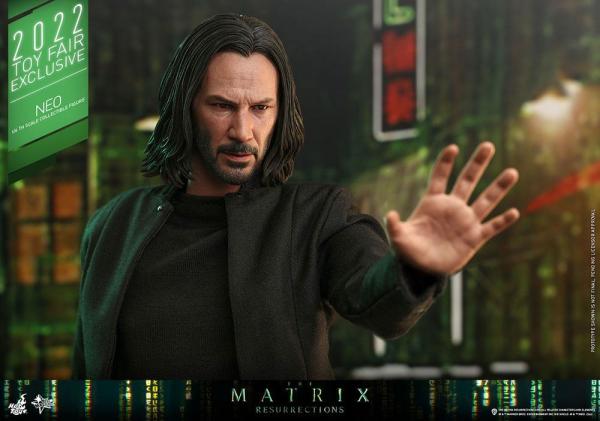 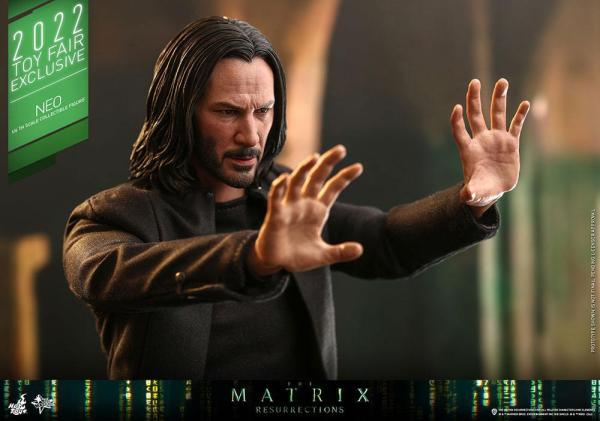 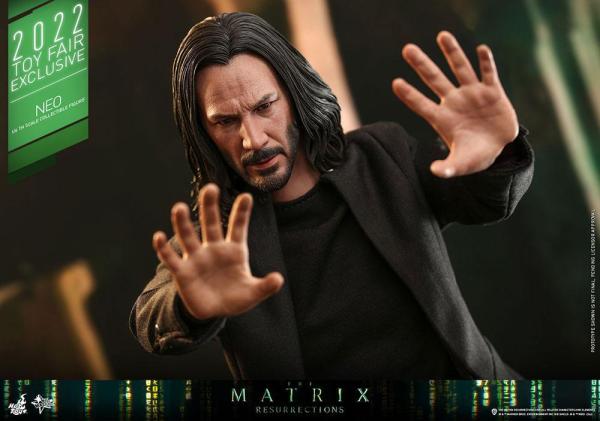 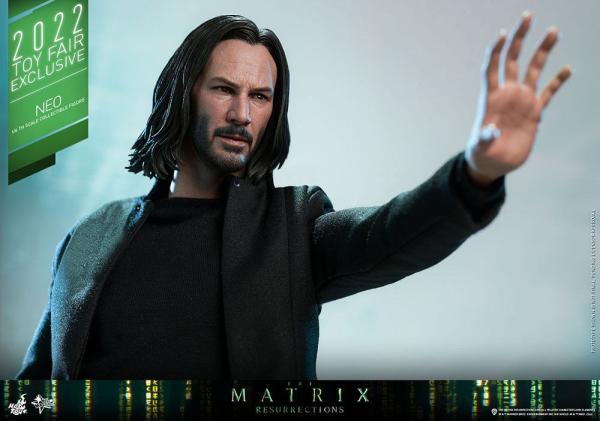 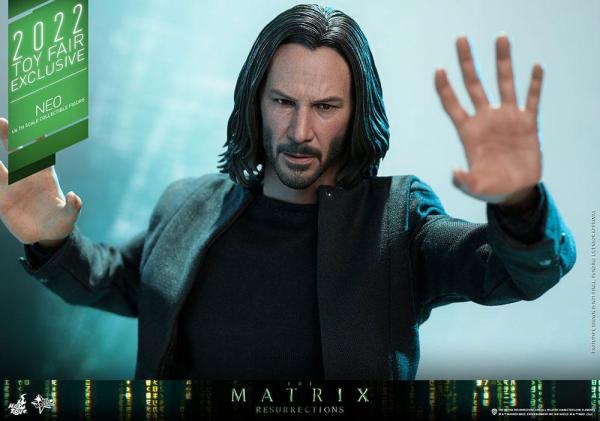 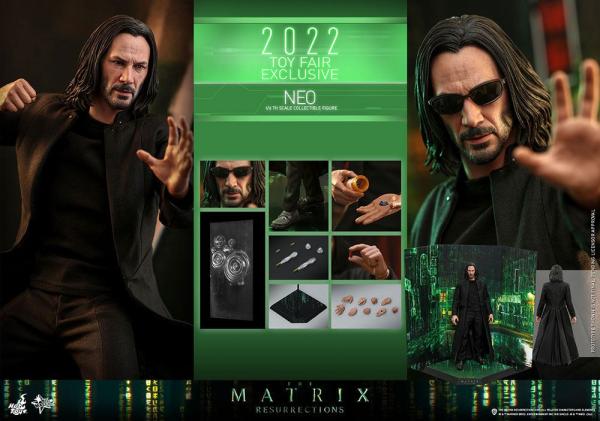 Neo was forced into a false reality by The Analyst, and believes himself to be the game designer named Thomas Anderson, who designed a series of Matrix video games that are based on Neo's own memories. When Neo is first woken up to who he is, his powers as The One doesn't immediately manifest, making it unclear if perhaps his death and rebirth caused them to fade.

Renowned actor Keanu Reeves has reprised his role of Neo for the fourth installment of the franchise, The Matrix Resurrections, and we are very excited to unveil this legendary character as the Neo Sixth Scale Collectible Figure as the Toy Fair Exclusive item available only in selected markets.

Faithfully crafted based on the appearance of Keanu Reeves as Neo in The Matrix Resurrections, the Neo figure features a newly developed head sculpt and hair sculpture highlighting impressive likeness; the iconic long coat and form-fitting outfit with fine tailoring; an array of highly-detailed accessories including a pair of sunglasses, a bottle of pills, bullets with interchangeable waves effect, two-sided backdrop with mirror and frame, a Matrix video game themed backdrop with lenticular effect, interchangeable hands with blue pills and red pills, and a Matrix figure stand. 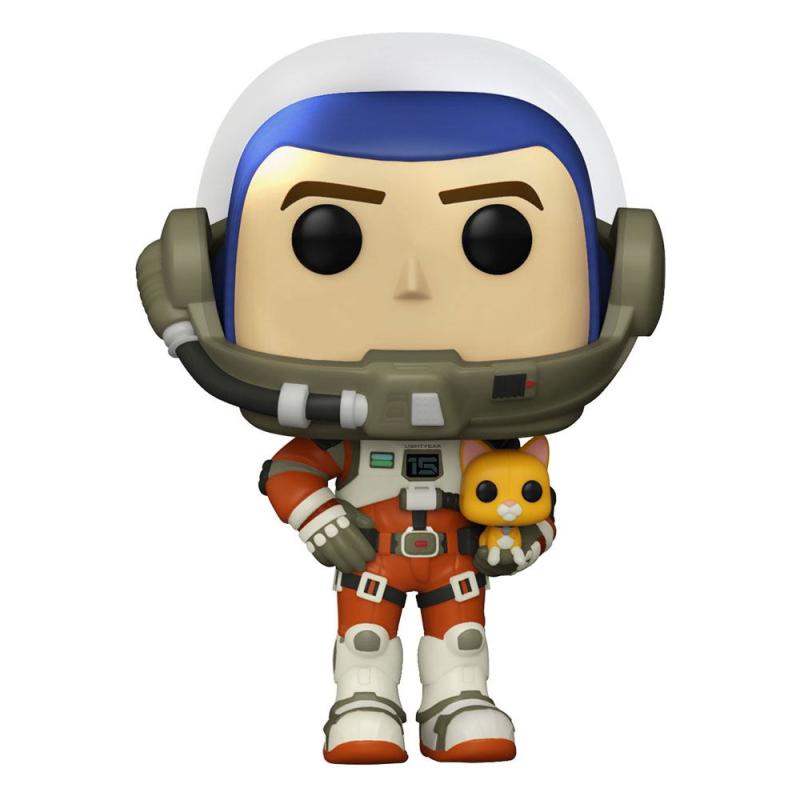 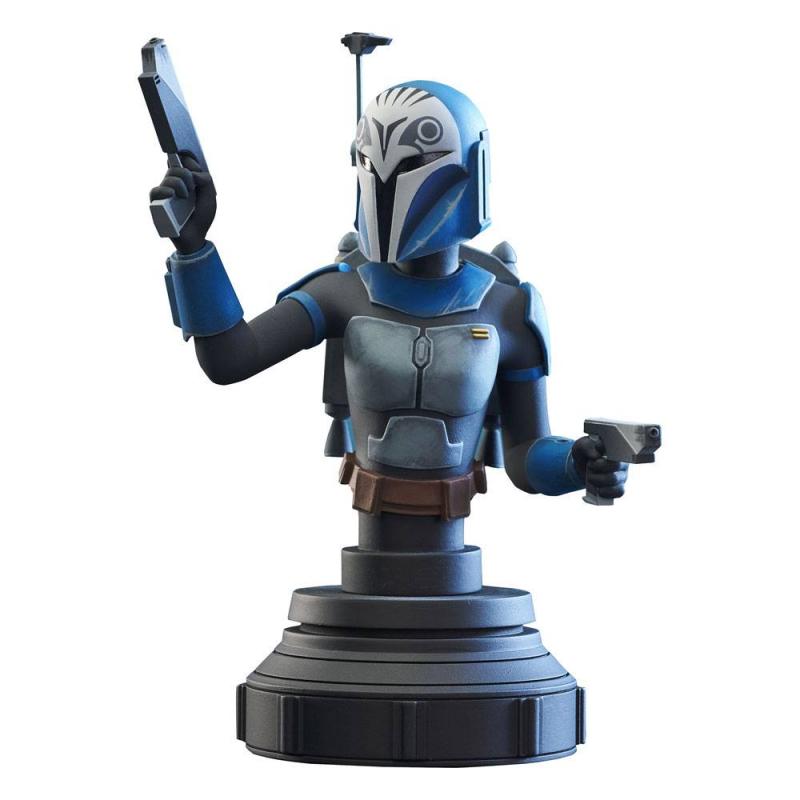 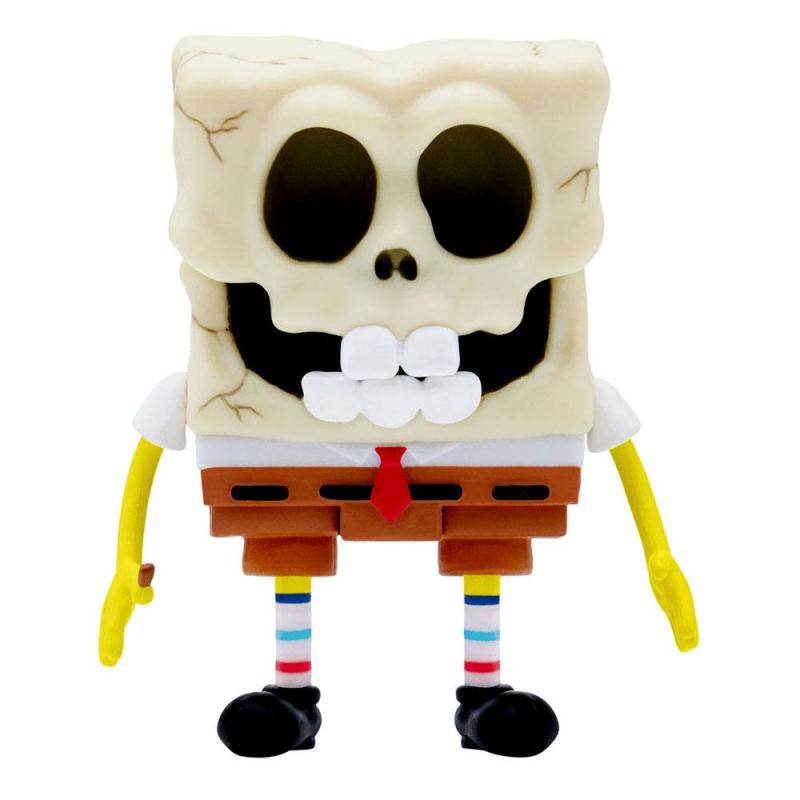 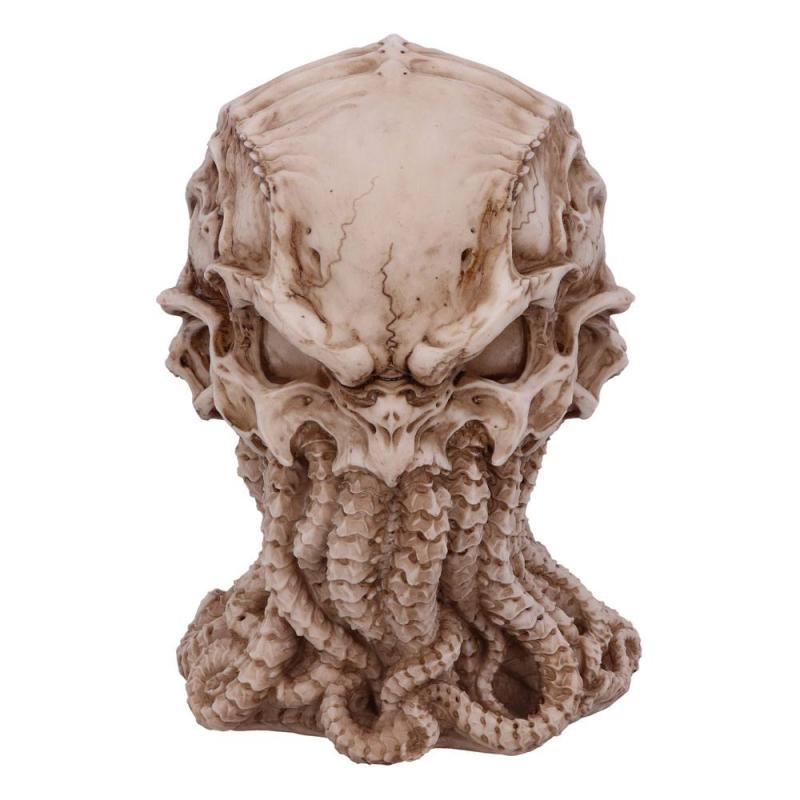 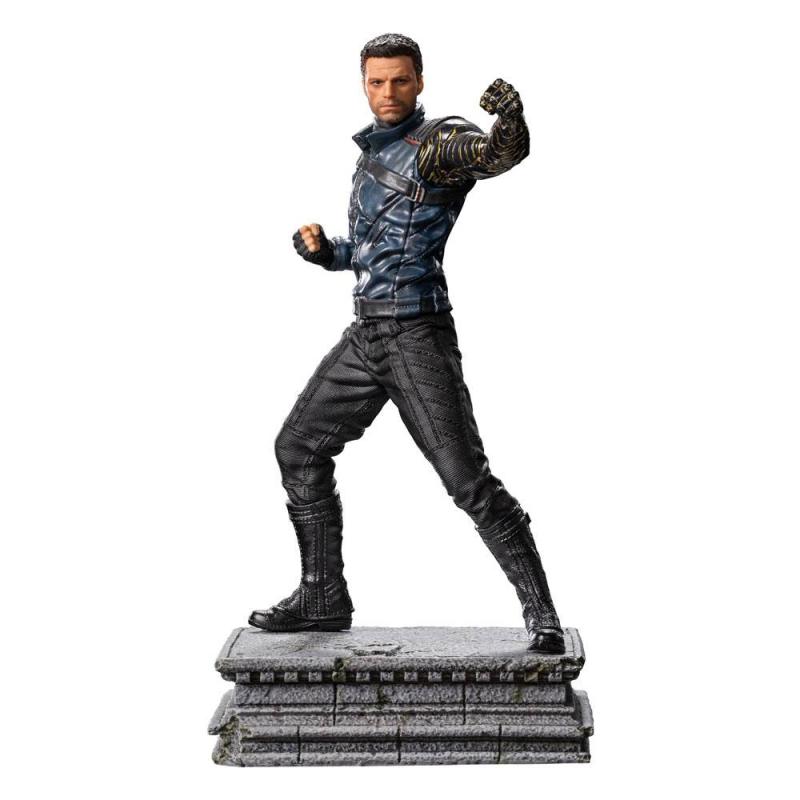