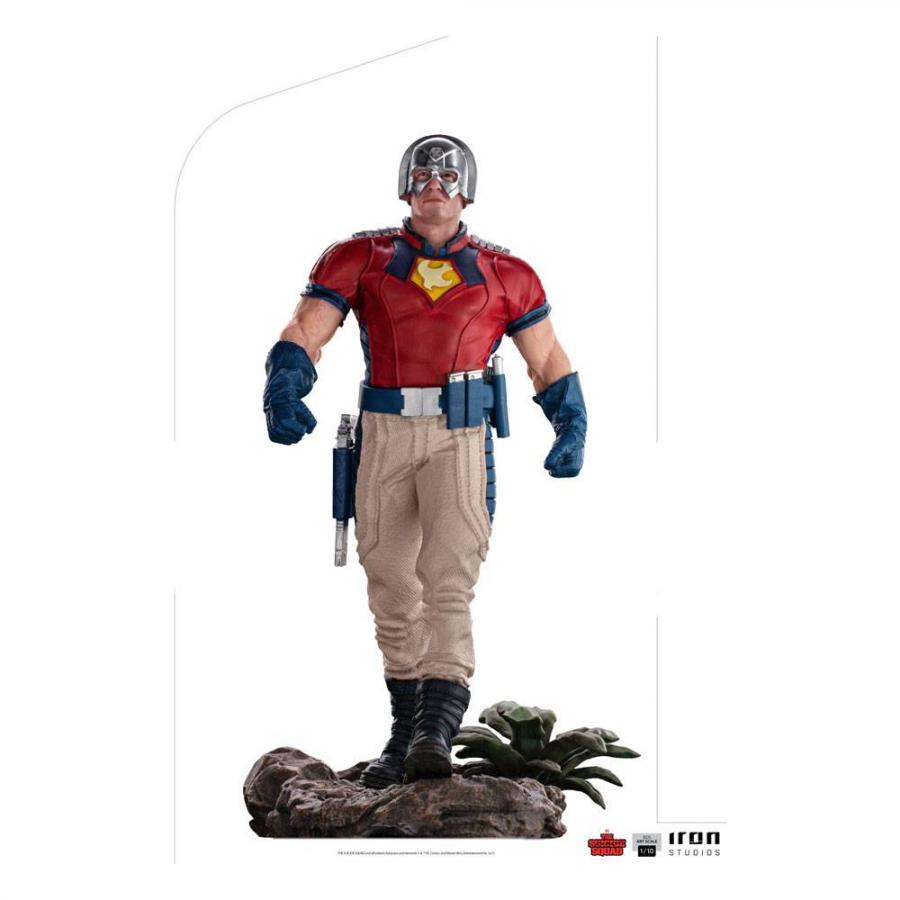 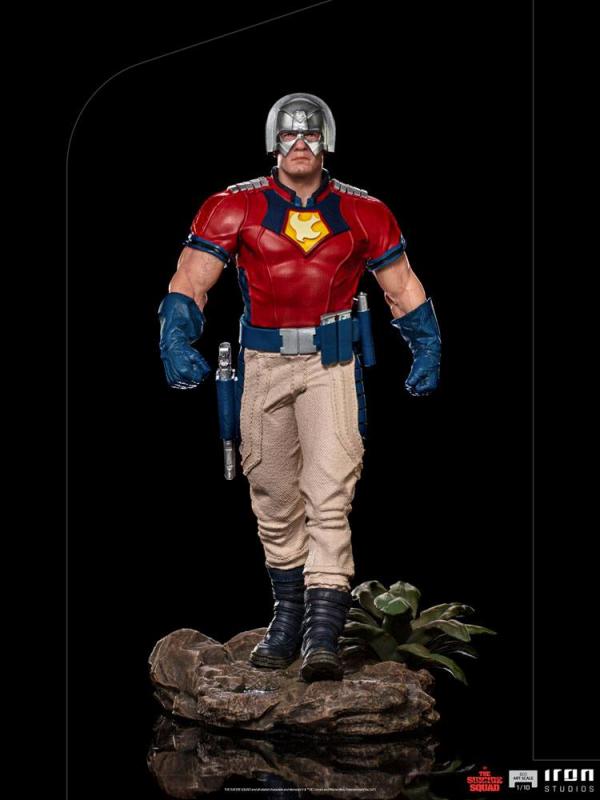 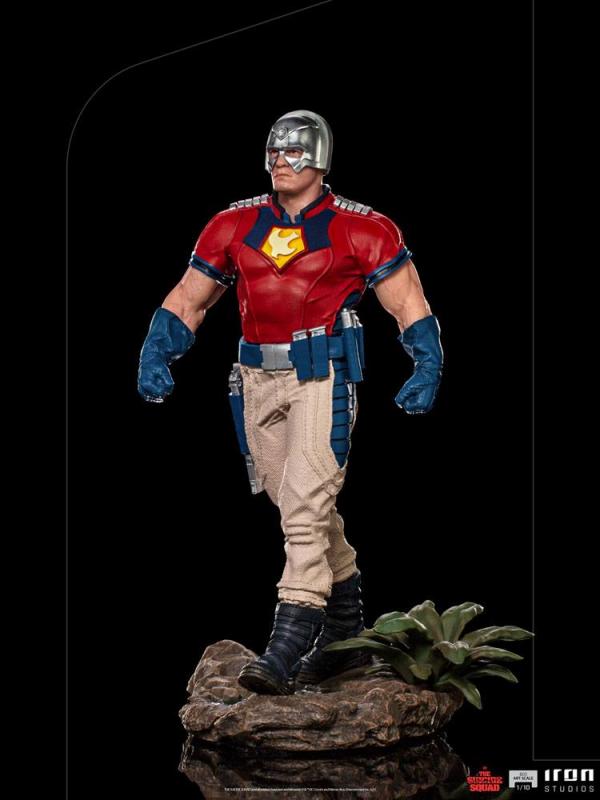 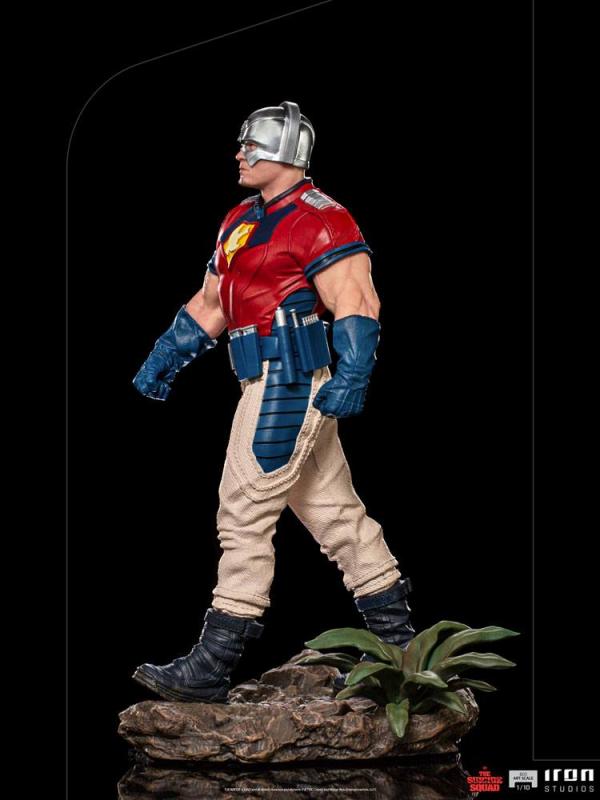 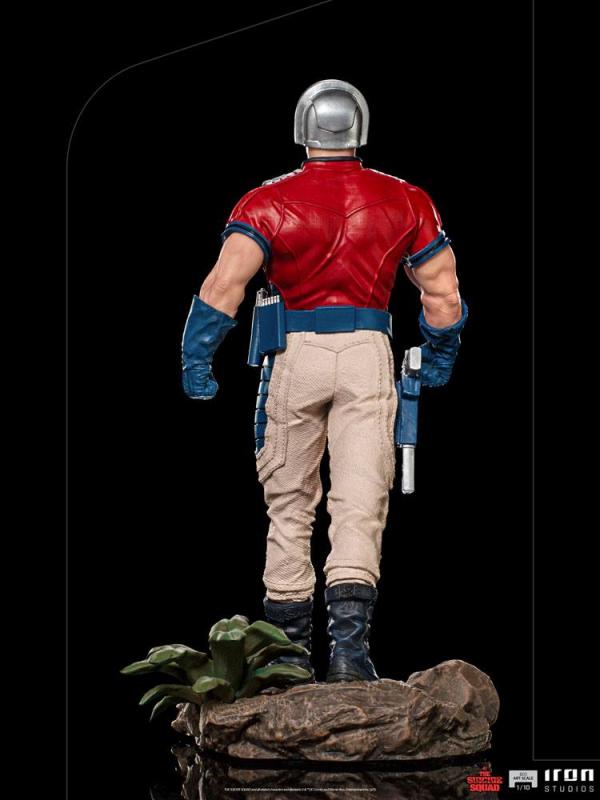 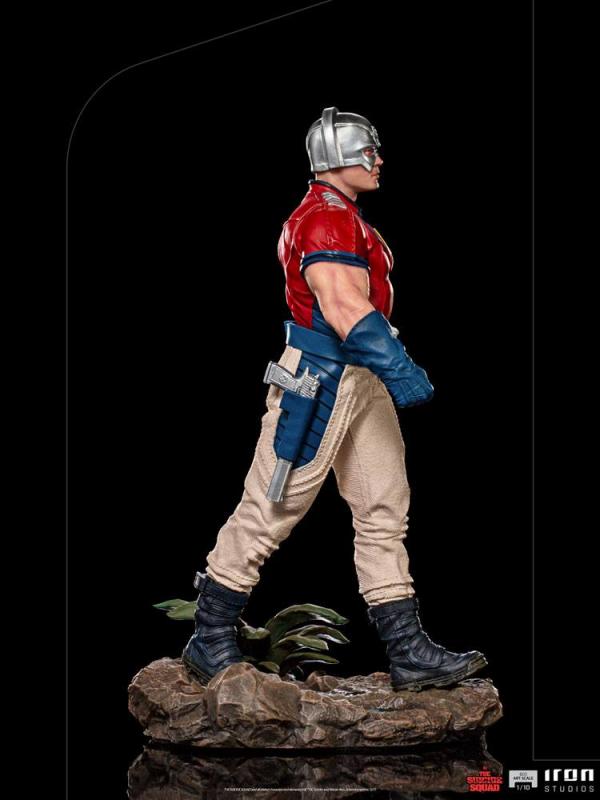 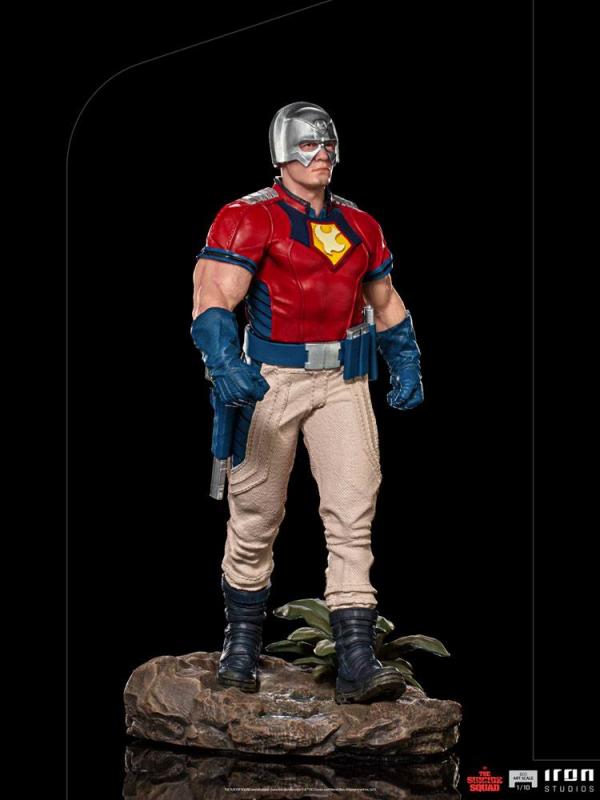 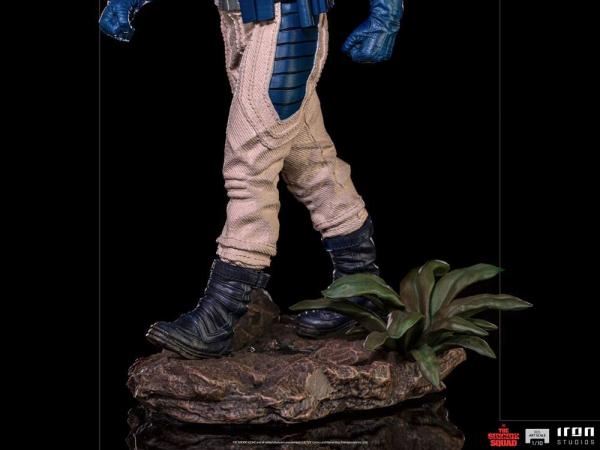 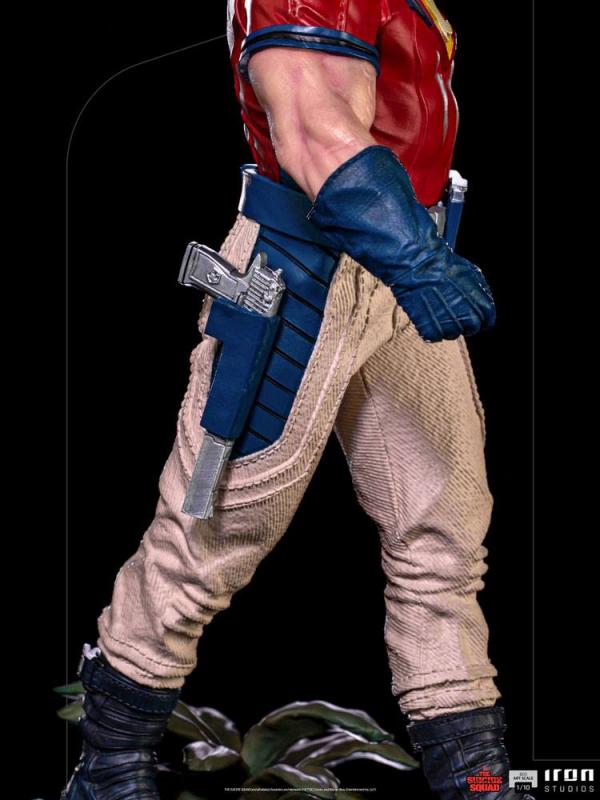 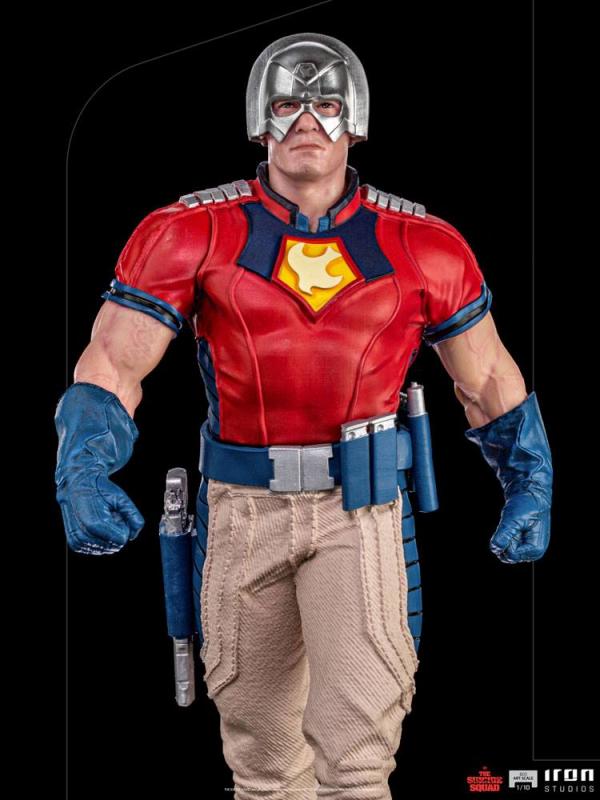 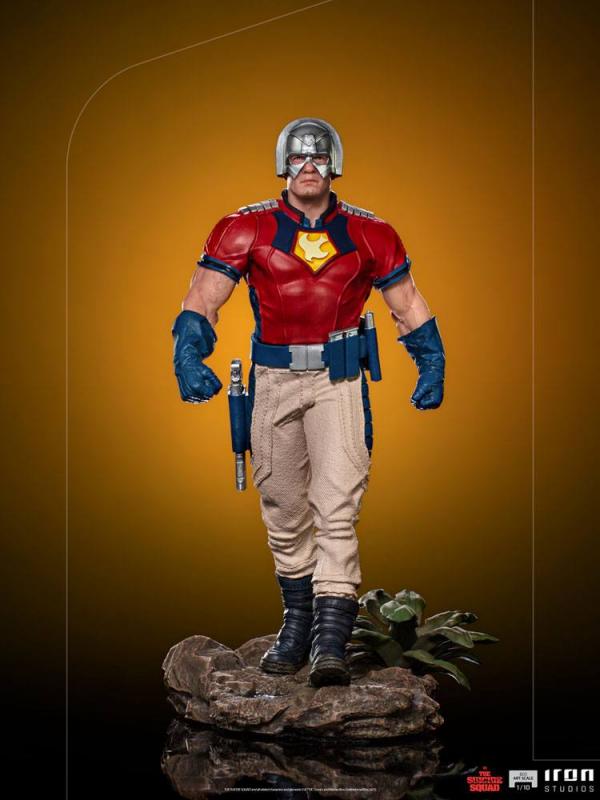 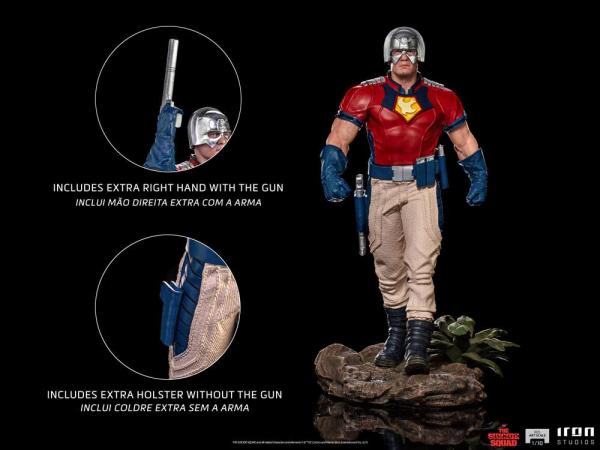 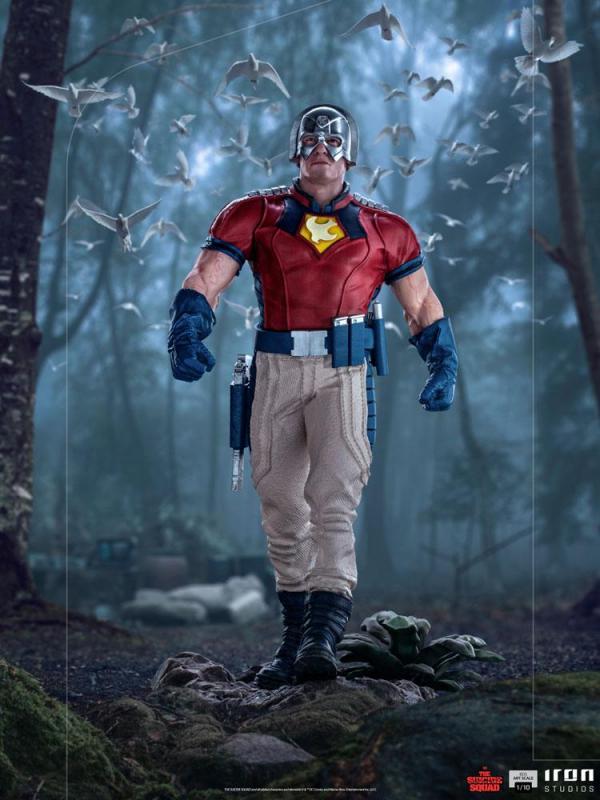 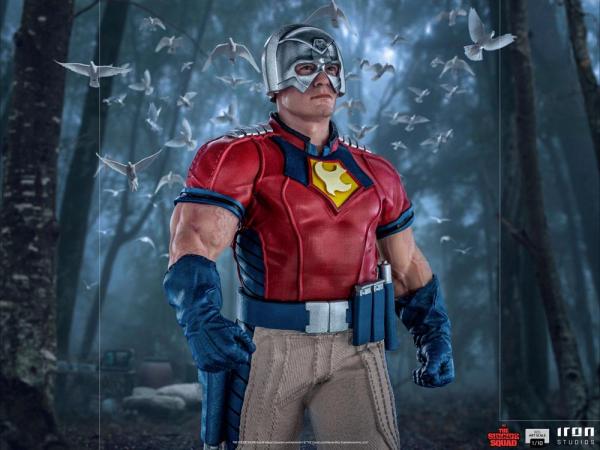 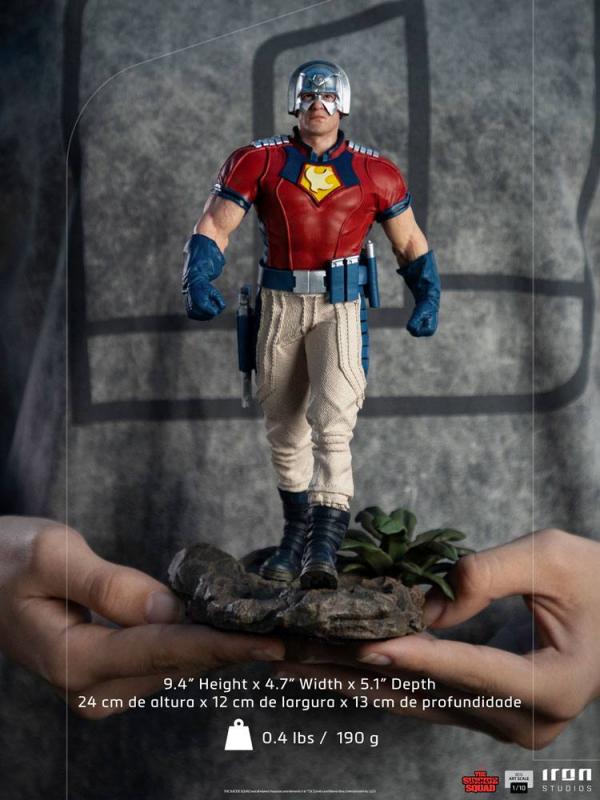 On a mission in the wild forest of Corto Maltese, Peacemaker is willing to achieve peace at any cost. With his chrome helmet and wearing a red, blue, and white uniform, he stands out in the local vegetation, making it clear that camouflaging isn't something he's worried about. With clenched fists and big muscles, which shows his great physical condition, the radical vigilante, with the purpose of establishing his distorted idea of peace, is another figure among the future releases of Iron Studios. We proudly present the statue "Peacemaker - The Suicide Squad - BDS Art Scale 1/10", adding one more character to the team of villains and anti-heroes who starred in the movie The Suicide Squad, directed by James Gunn.

Christopher Smith was trained from birth as an elite soldier by his father, and with an unstable mind and guided by a powerful, and radical military father, made him adopt and follow extreme and violent concepts. He then created a code of conduct where he would achieve peace at any cost, no matter how many people he had to eliminate in the process, to achieve his goal. With an emblem on his chest in the shape of a pigeon (symbol of peace) on his uniform, wearing a silver helmet, he adopted the name Peacemaker thus became an anti-hero, eliminating anyone who crossed his path in name of his crusade for peace, according to his judgment. Captured by the ARGUS (Advanced Research Group Uniting Superhumans), a government organization run by Amanda Waller, he was recruited from Belle Reve Prison to join the Task Force X, a group nicknamed the Suicide Squad, and responsible for secret missions. In this group, its members earn, if they survive, a reduction in their sentences. Peacemaker is part of the second team sent to Corto Maltese to destroy the prison and laboratory known as Jotunheim. Rescued from Corto Maltese, Smith is sent to an American hospital where the Force's mission coordinators awaited his awakening, preparing to send him on another, more dangerous mission. 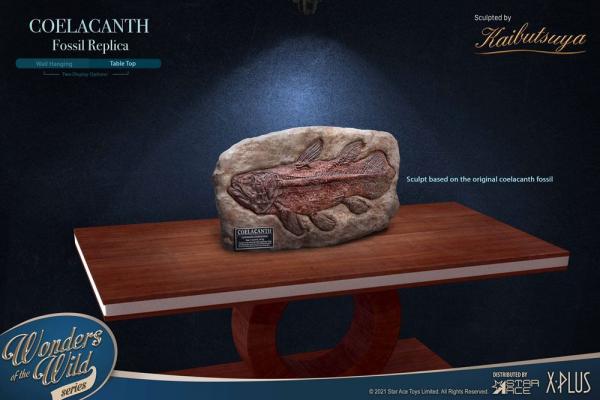 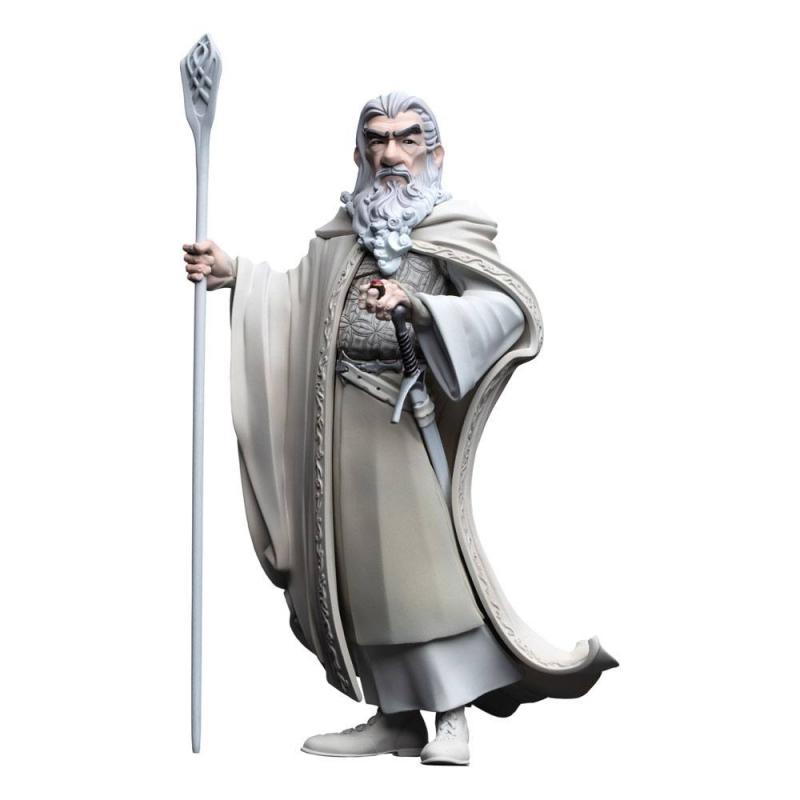 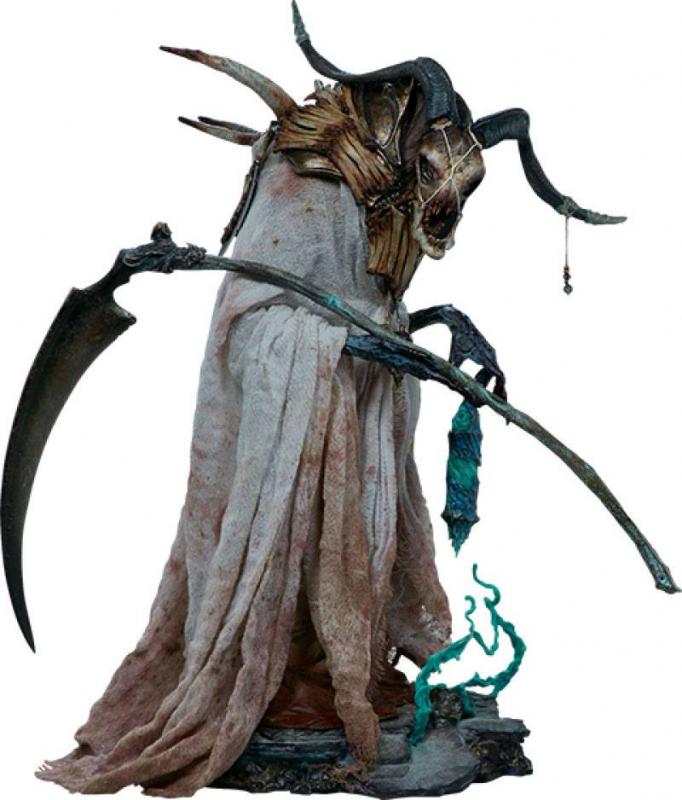 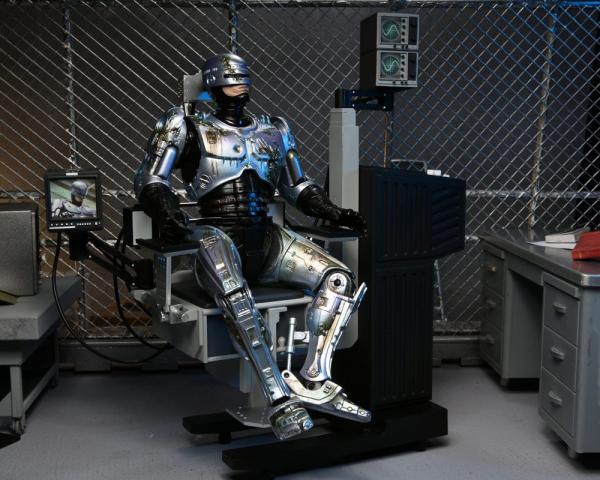 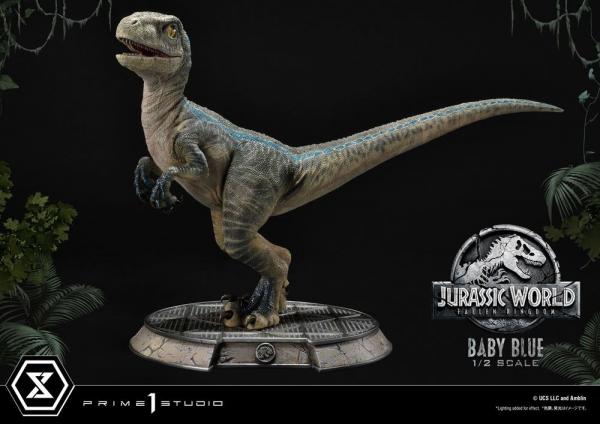 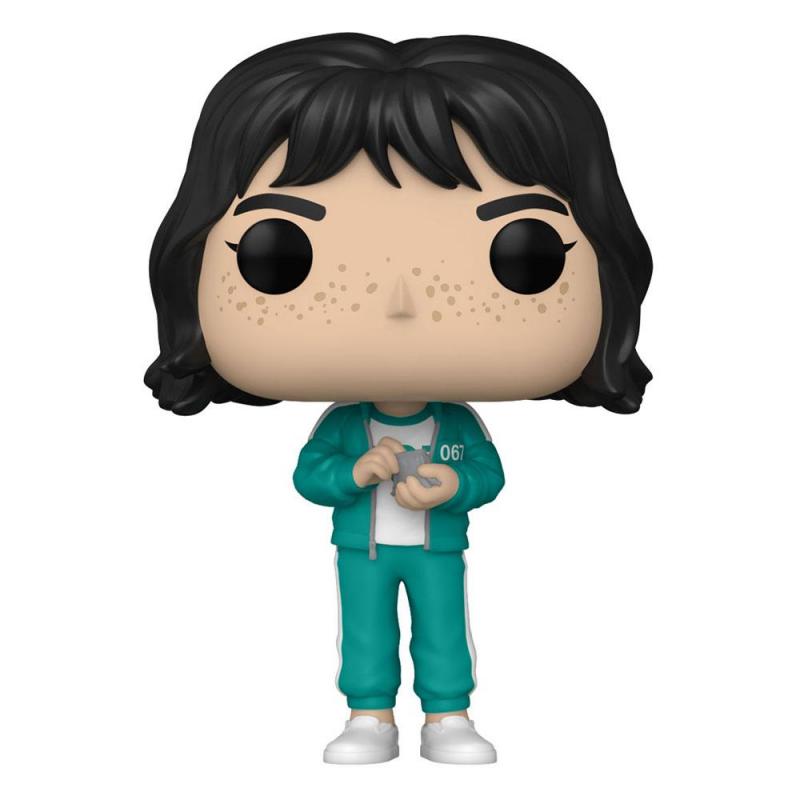