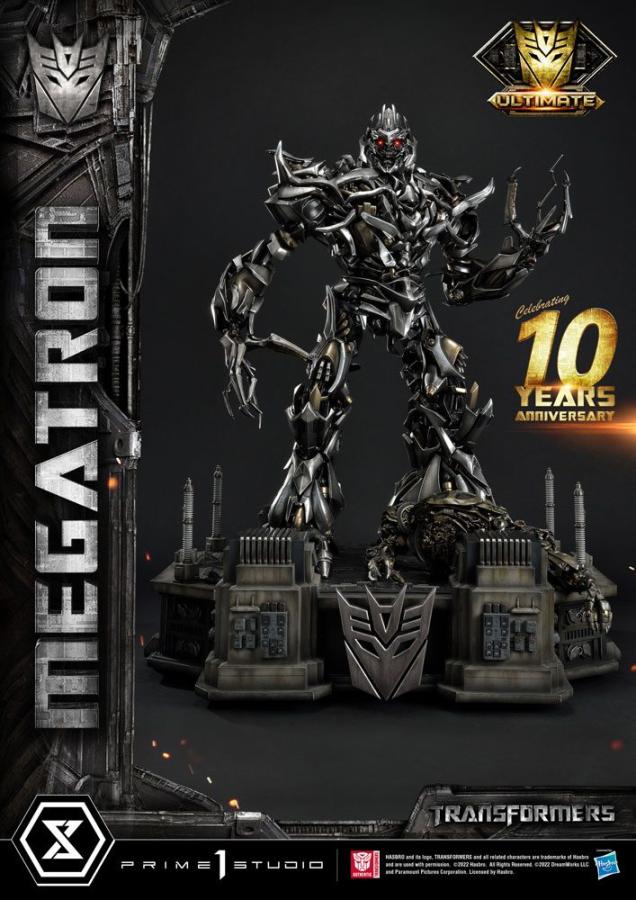 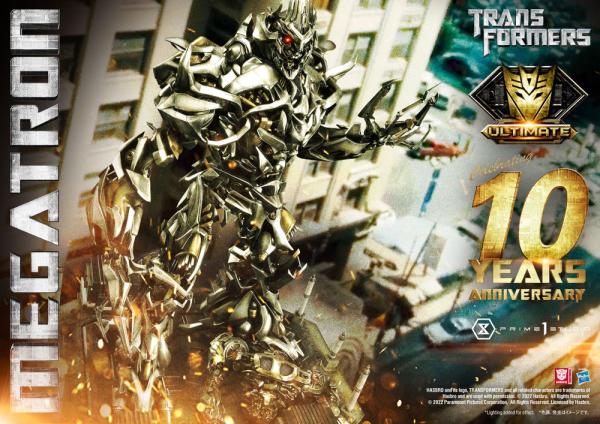 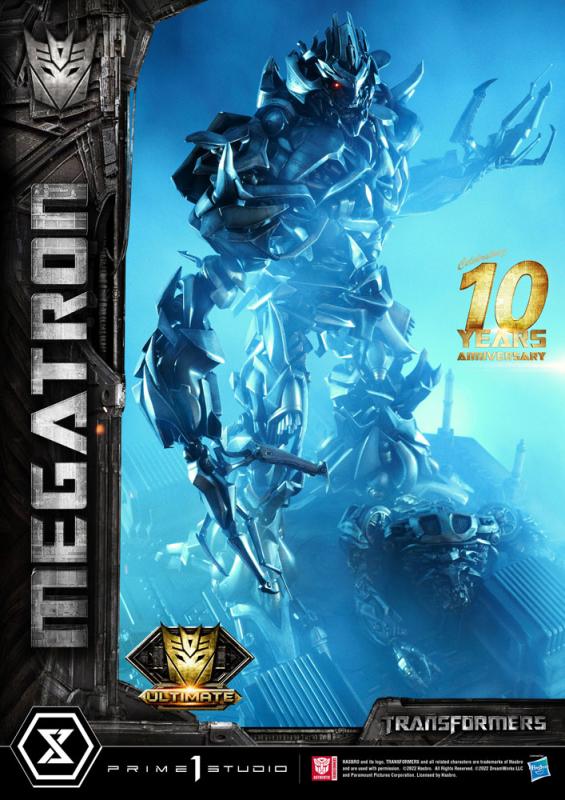 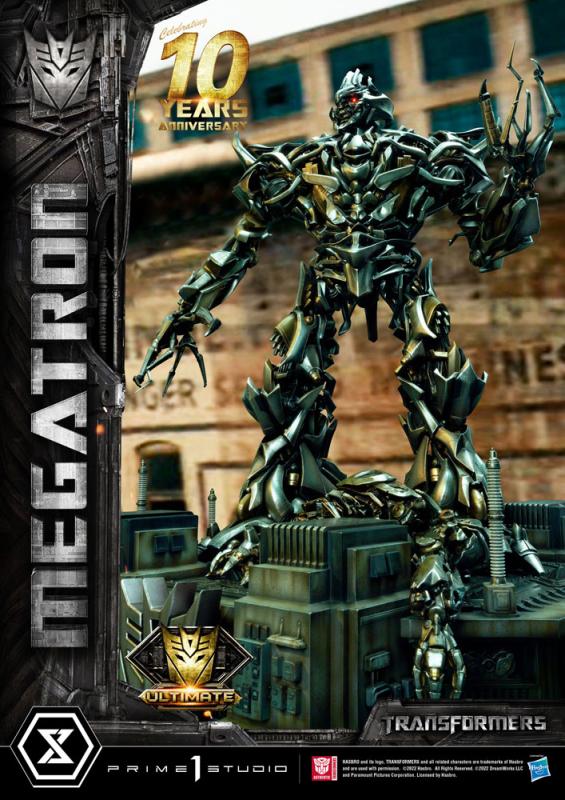 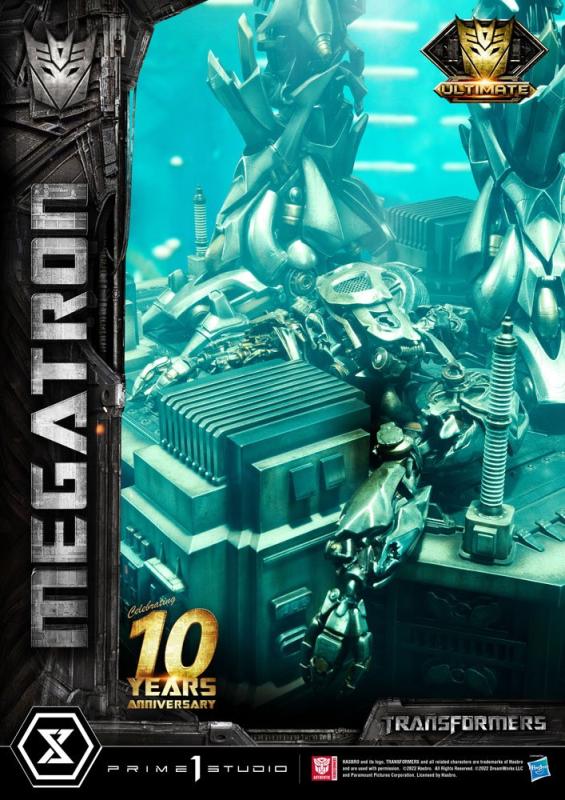 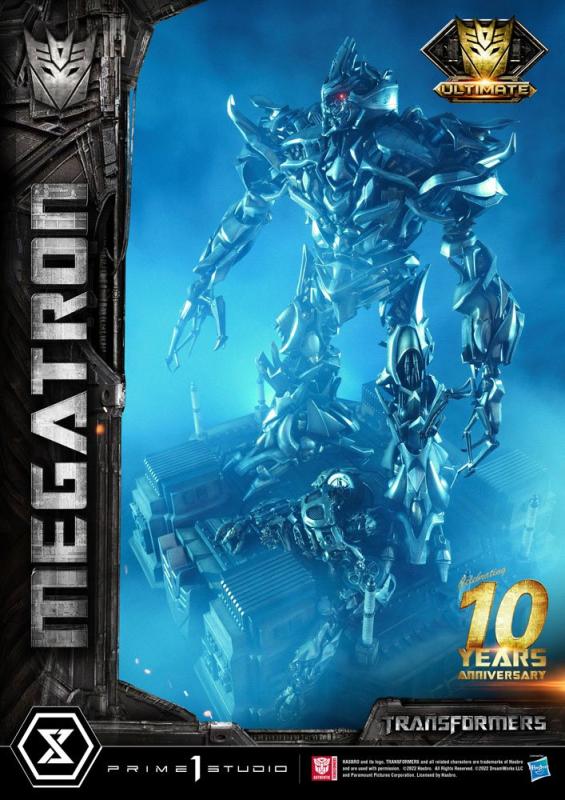 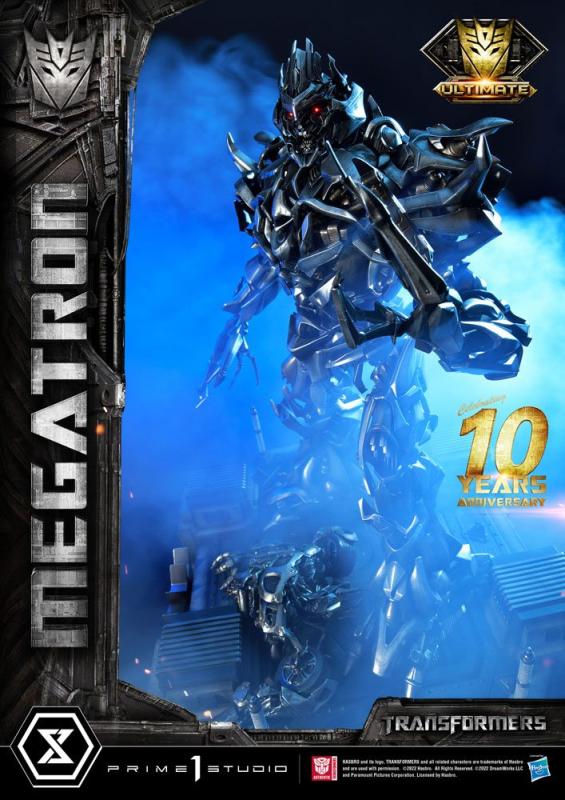 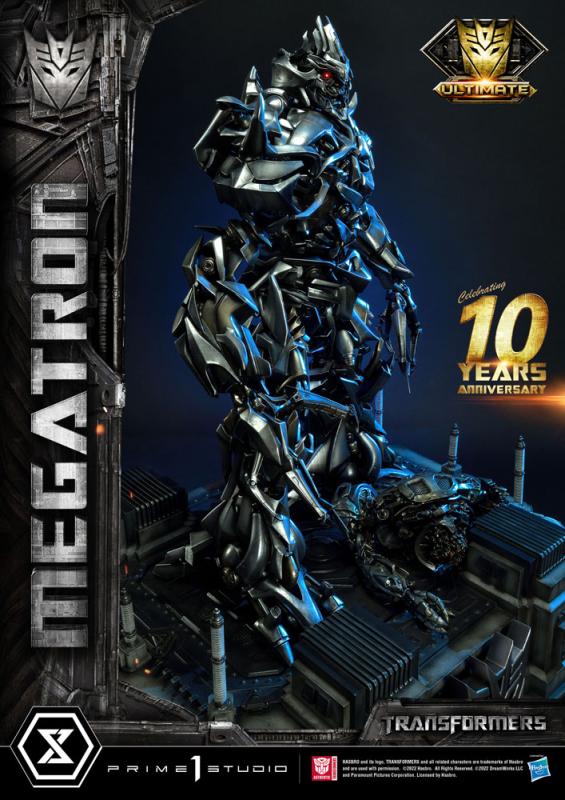 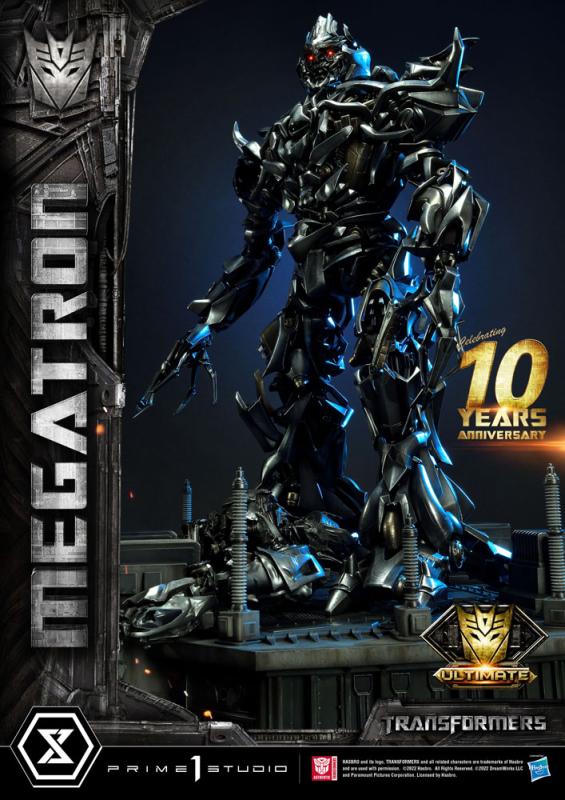 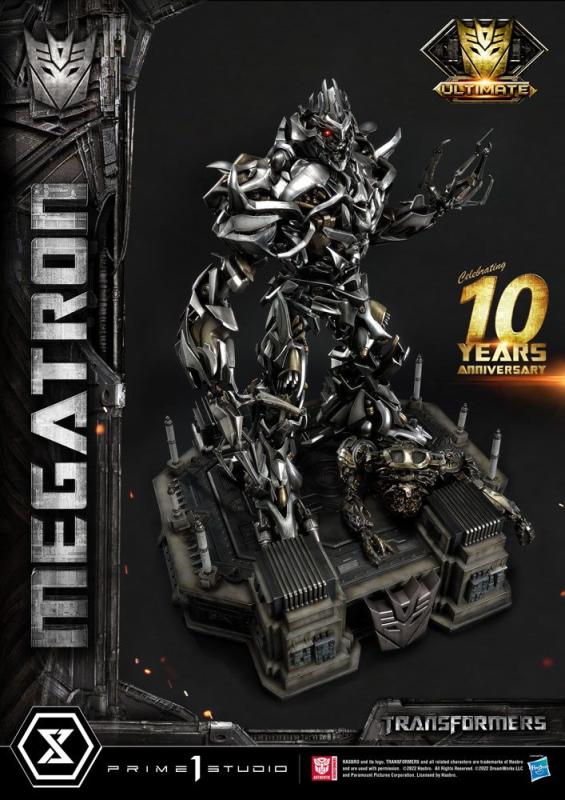 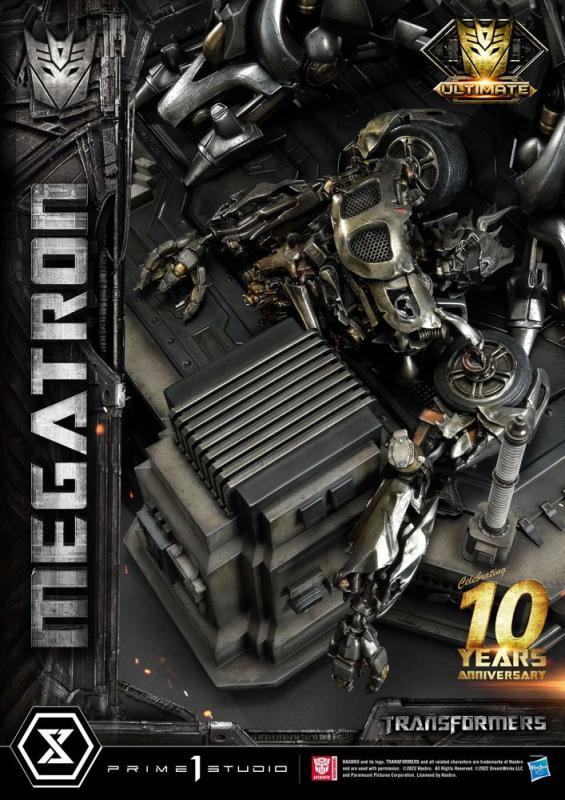 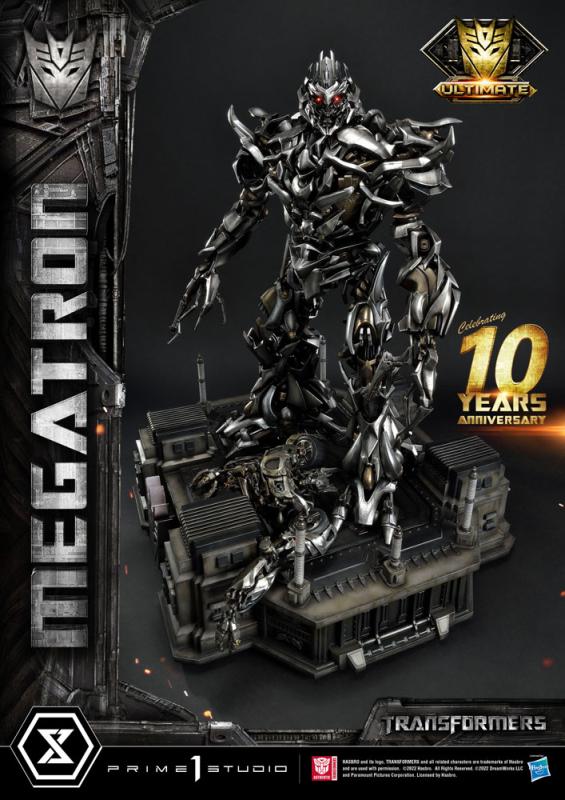 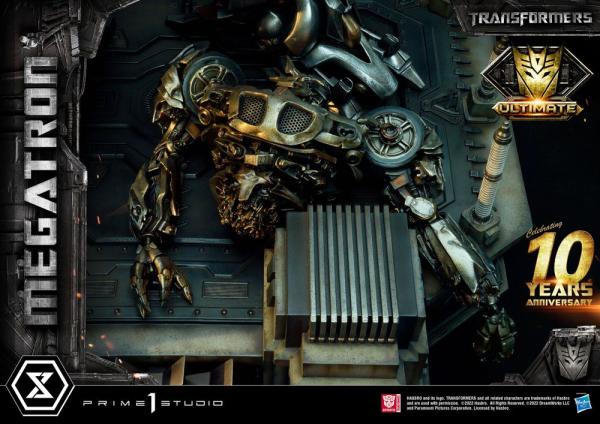 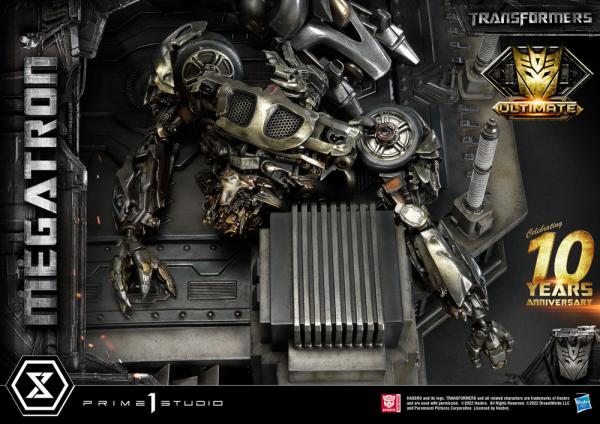 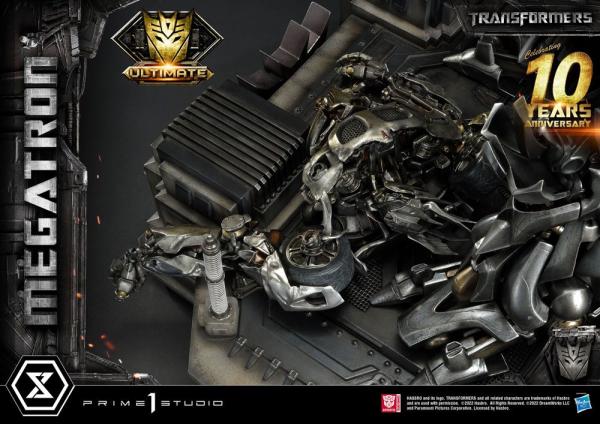 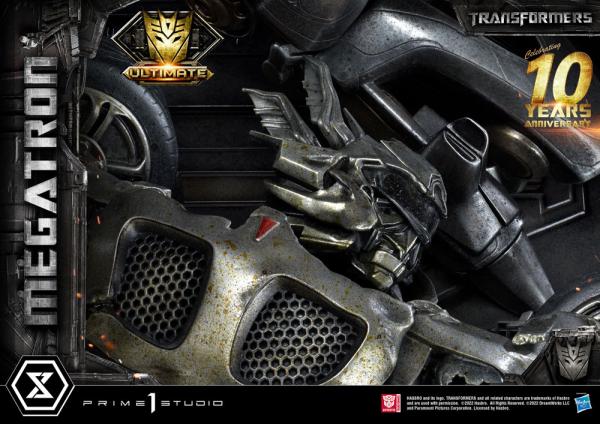 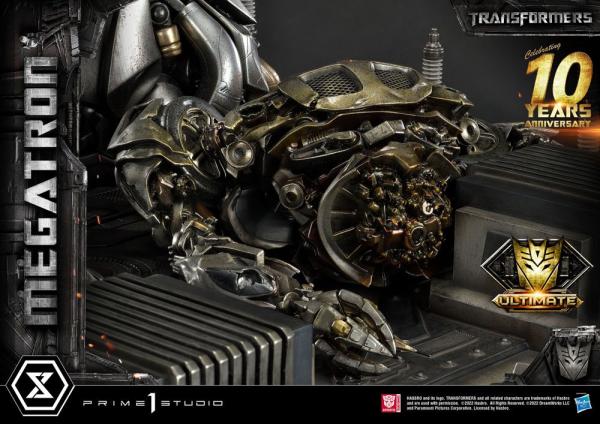 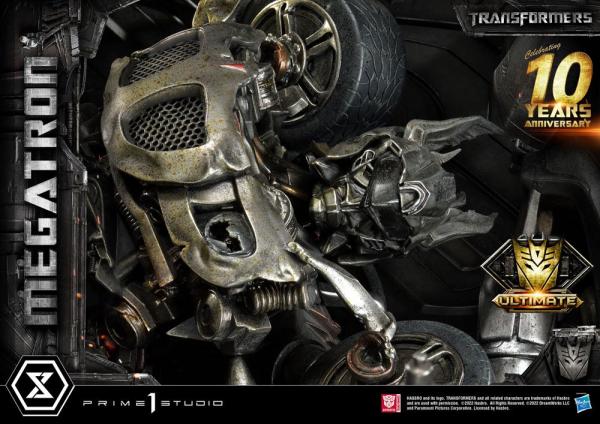 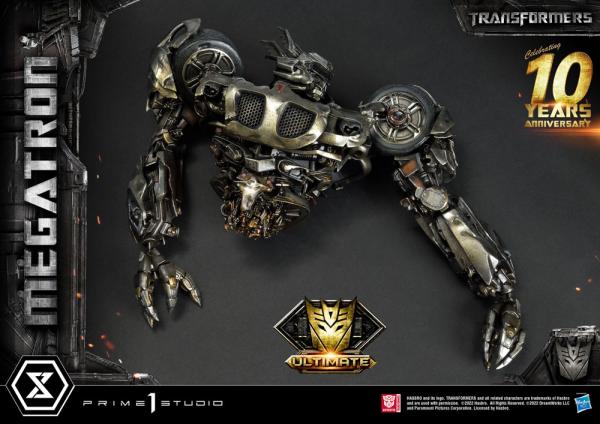 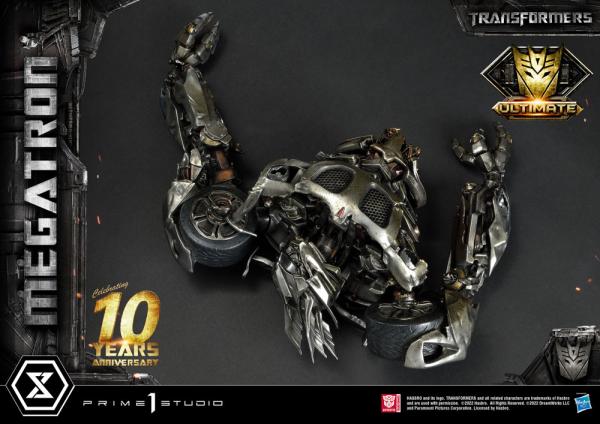 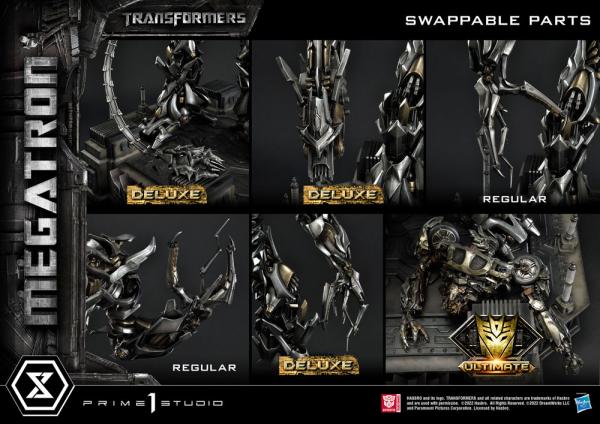 Prime 1 Studio is, finally, extremely proud to present the Megatron that started it all: MMTFM-34UTS Megatron Ultimate Bonus Version from Michael Bay's 2007 TRANSFORMERS!

Thousands of years ago, the Transformer planet - Cybertron - was consumed by a bitter civil war between the Autobots, led by Optimus Prime, and the Decepticons, led by Megatron! Both sides were in search for the All Spark - the source of all Cybertronian life. But while Optimus needed it to rebuild Cybertron, Megatron needed it to destroy the Autobots and rule the Universe!

Now, their unending battle brings the clashing warriors to Earth, where the All Spark has been hidden and where the winner of this conflict will determine the future of their race! Prime 1 Studio portrays the exalted leader of the Decepticons in all of his 31-inch-tall glory! Standing on a Hoover Dam themed base, Megatron taunts his enemies in his full majesty!

This Ultimate Bonus Version comes with a raised Left Arm, a lowered Right arm, a Right Gun Arm, a Right Battle Mace Arm, and an intense Megatron face with red, seething eyes powered by LED Illumination! The Hoover Dam-themed Base calls back to the climactic battle set in that environment, featuring an impeccably sculpted Sideswipe as a hapless victim to Megatron's rage, just as the iconic Decepticons logo is emblazoned front-and-center! And when you pre-order this Ultimate Bonus Version from our official online store or any authorized distributor, you will receive a cool, extra Bonus Part: an additional Megatron Head, also with LED-Illuminated Eyes!

Discerning Megatron fans will not wait to Preorder this statue as soon as humanly possible! Get your MMTFM-34UTS Megatron Ultimate Bonus Version from Transformers now! 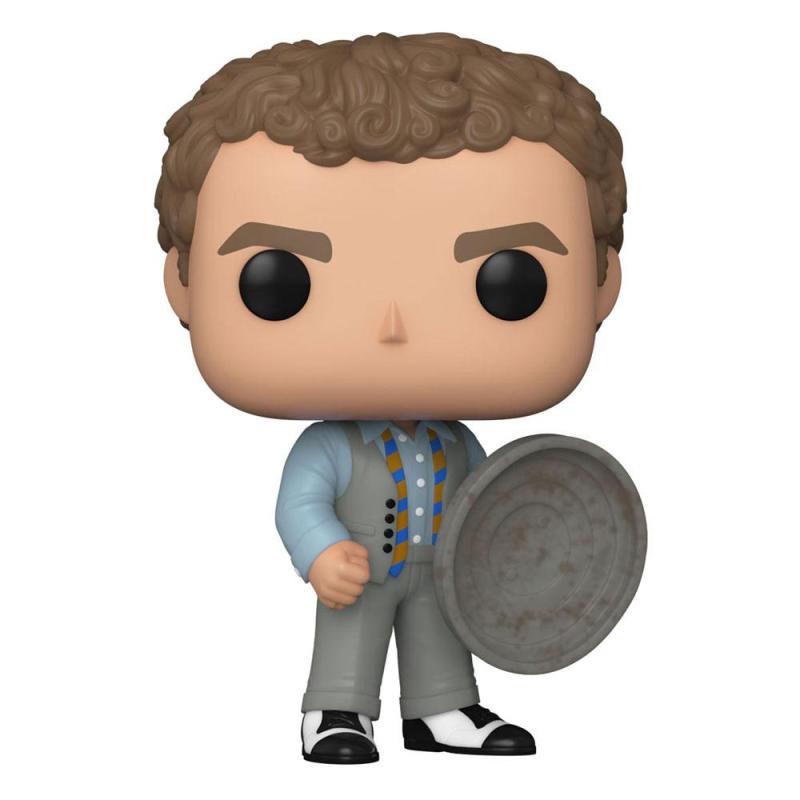 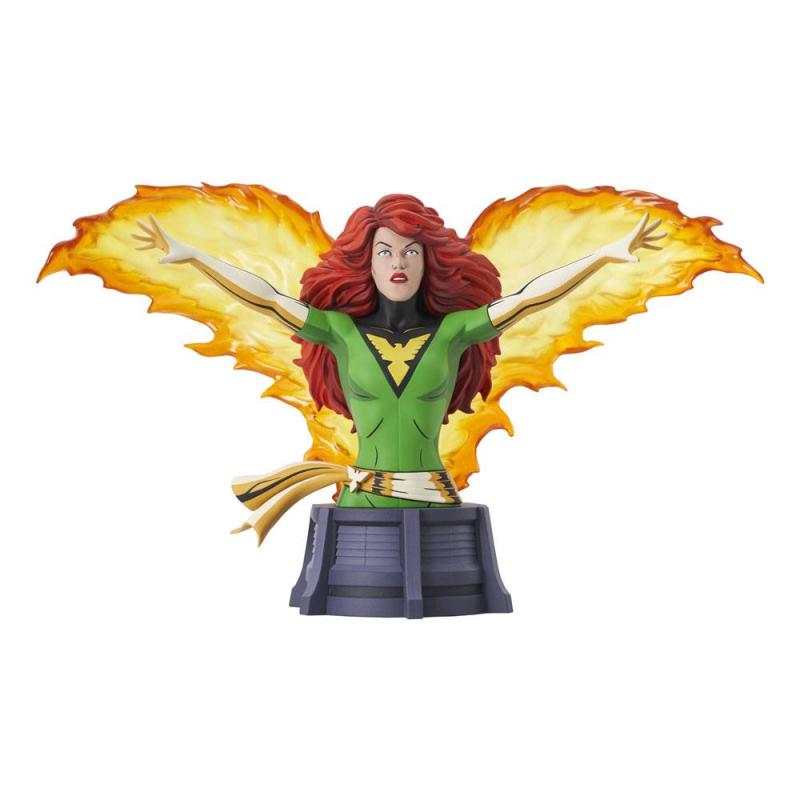 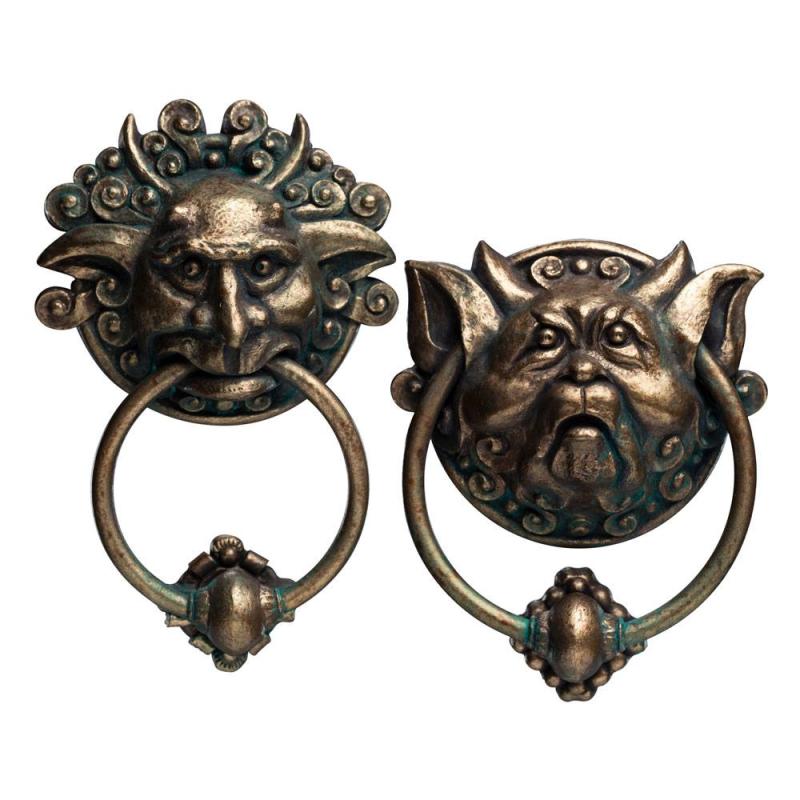 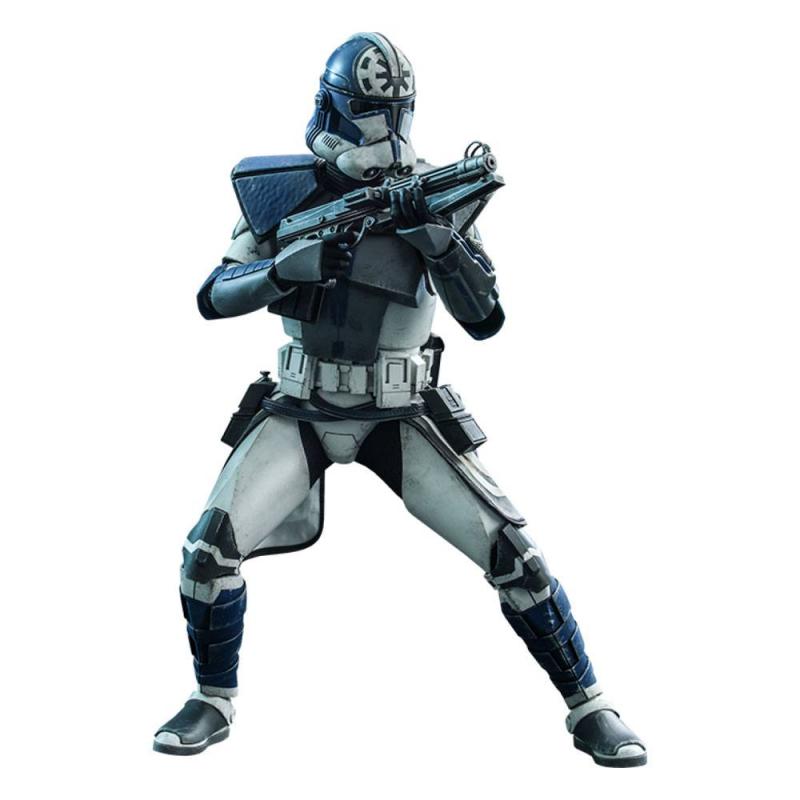 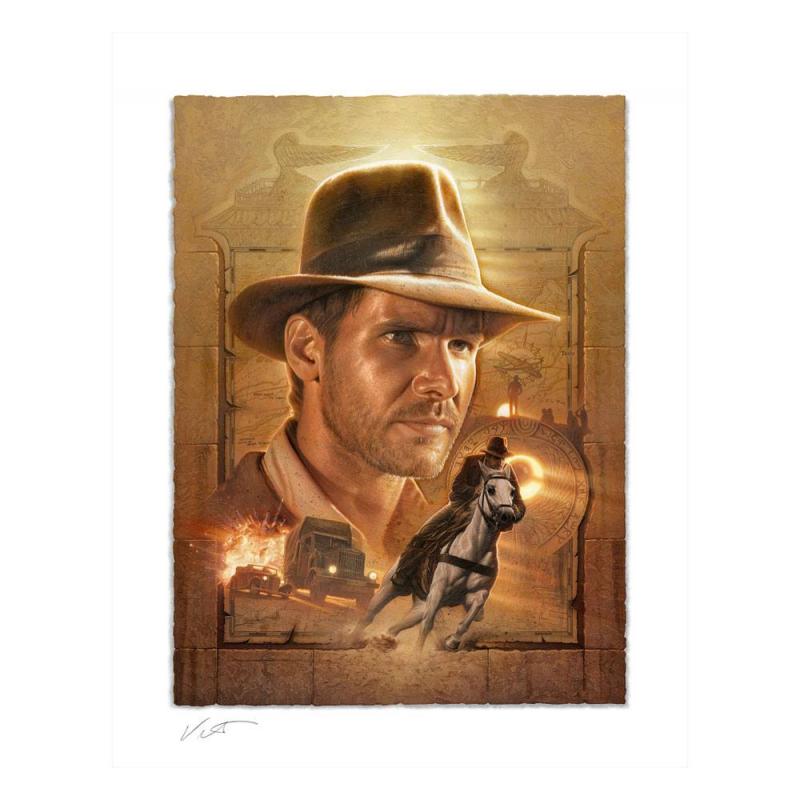 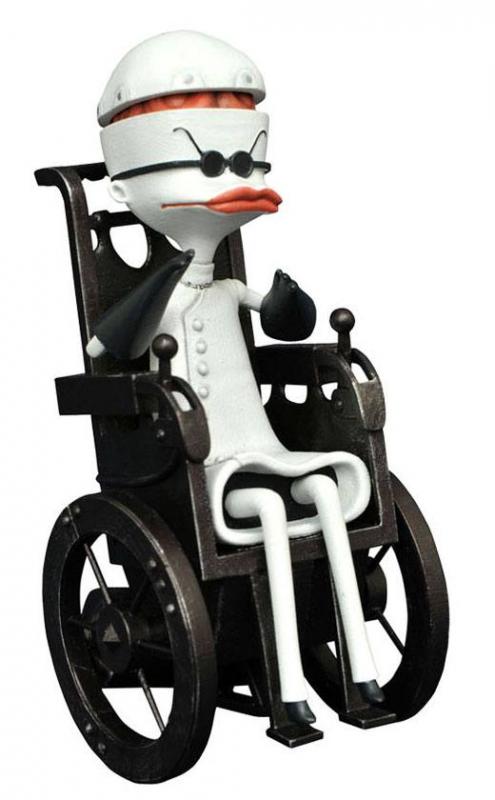