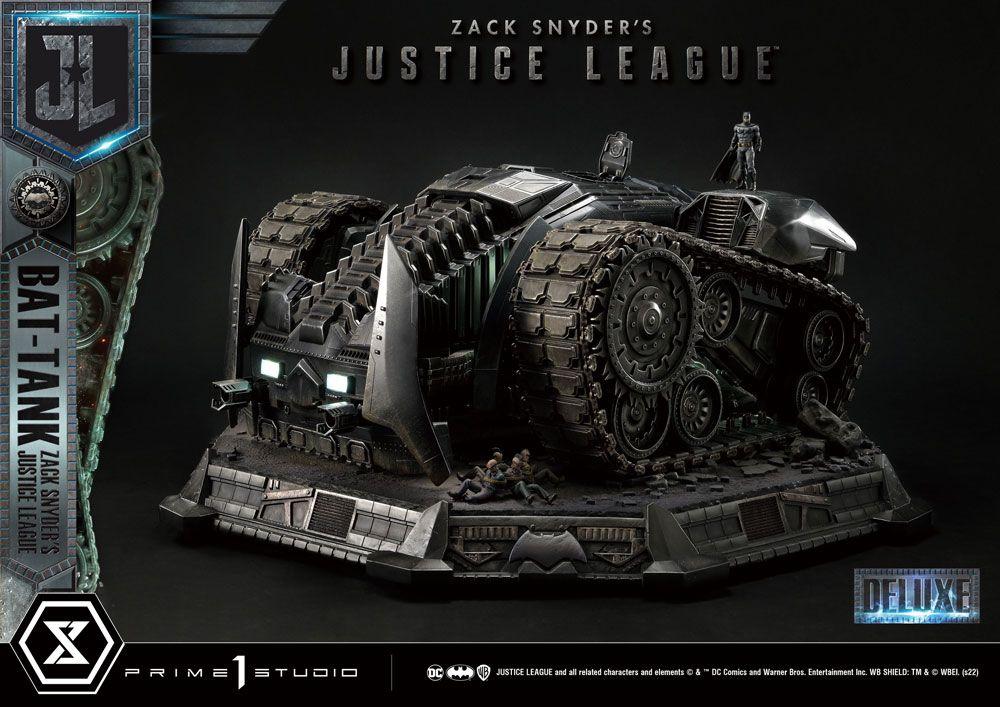 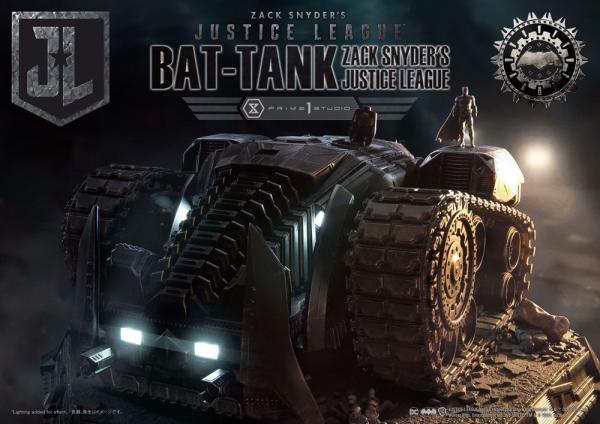 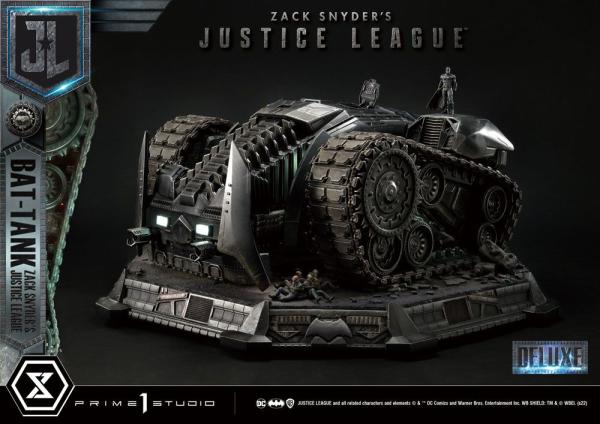 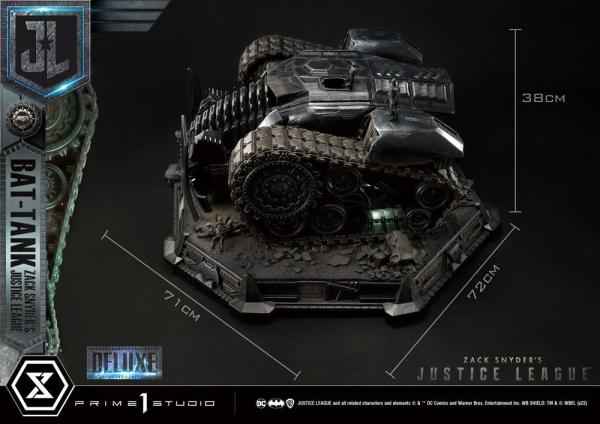 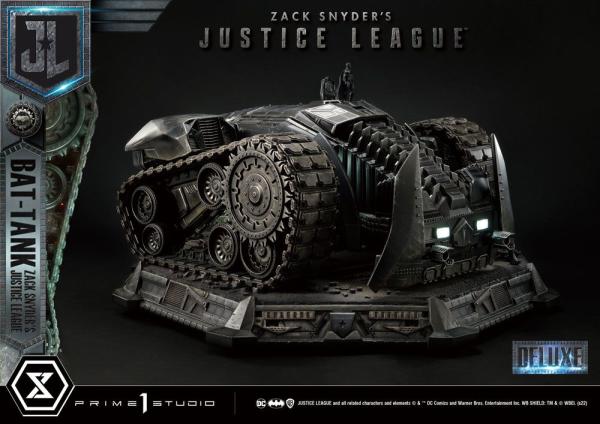 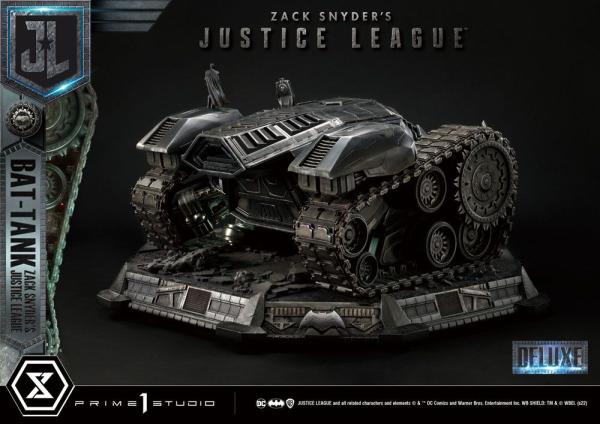 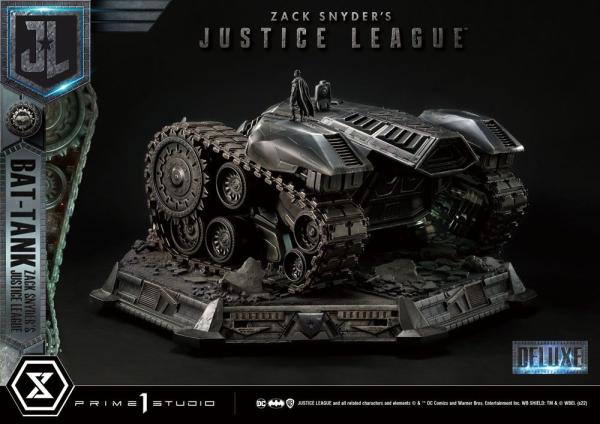 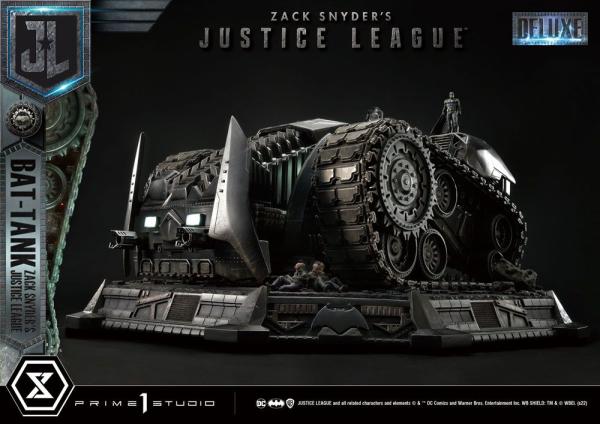 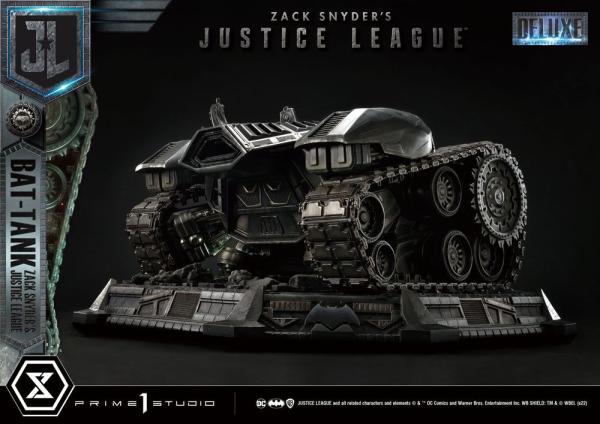 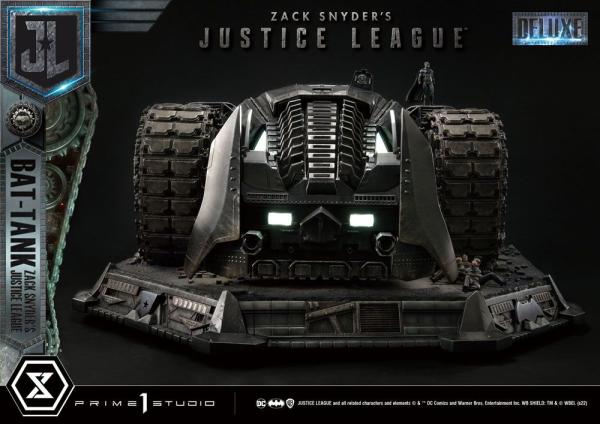 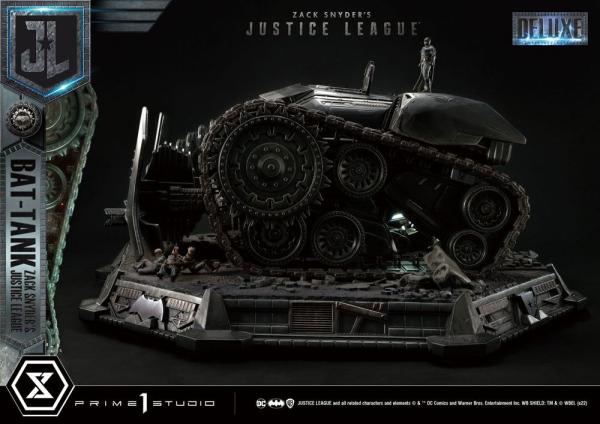 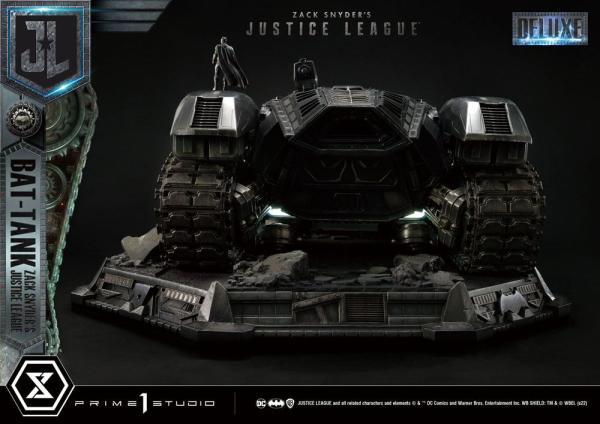 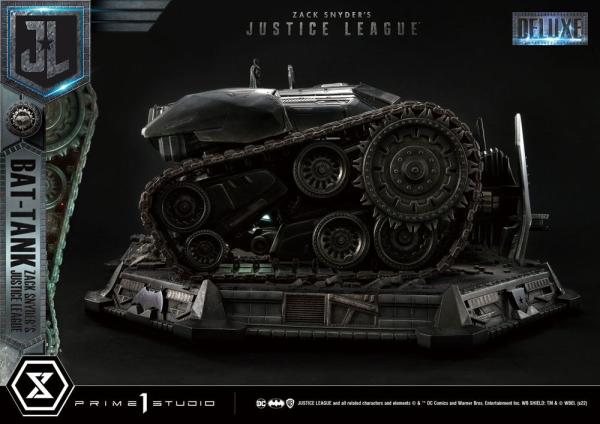 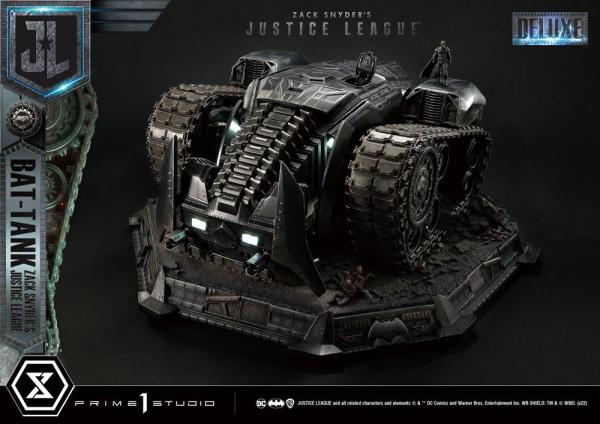 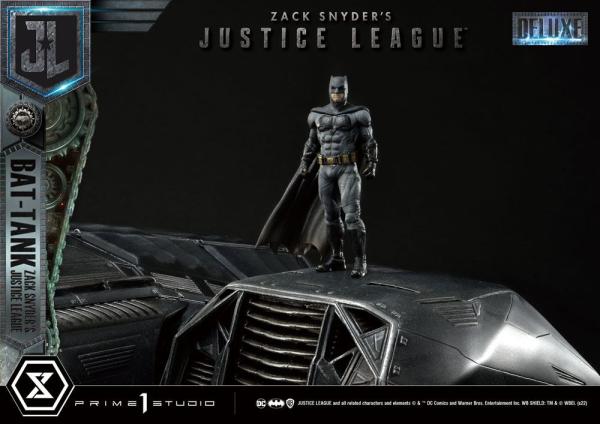 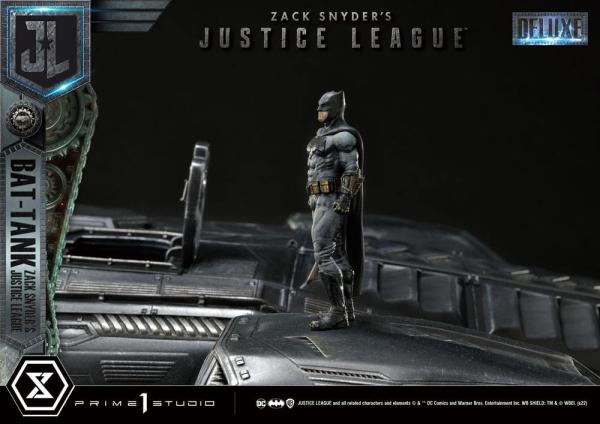 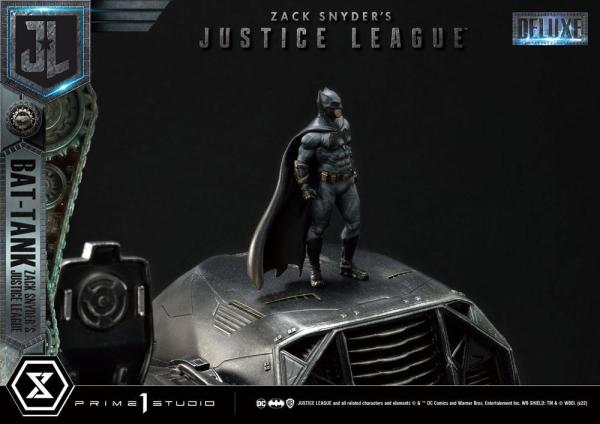 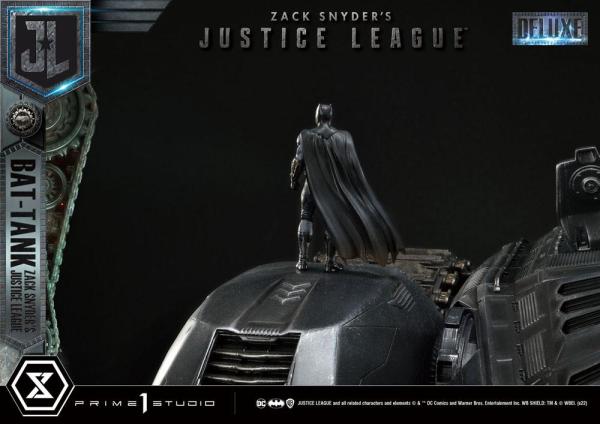 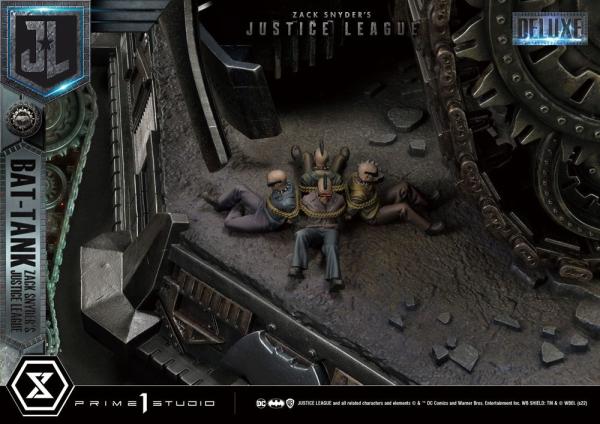 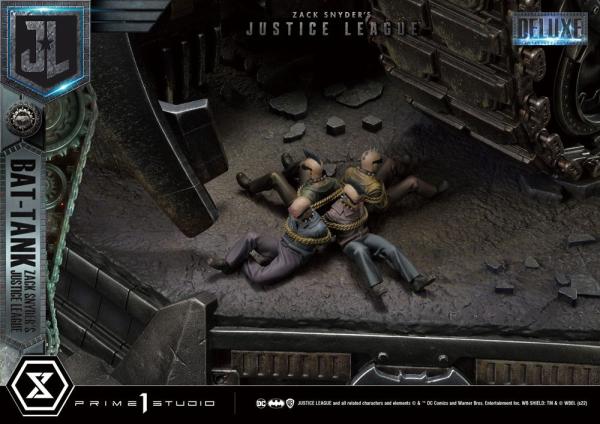 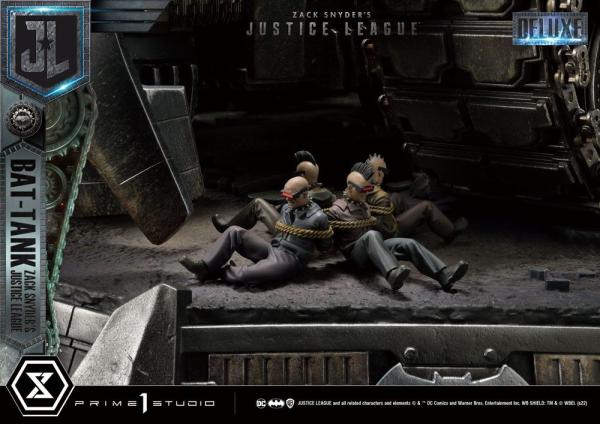 "I don't care how many demons he's fought in how many hells. He's never fought us. Not us united." - Batman

With clear shape language taken straight from Frank Miller's seminal graphic novel, The Dark Knight Returns, this version of the Bat-Tank presents an unbelievably intimidating form factor. It's no coincidence that Zack Snyder's take on the Dark Knight Detective borrows heavily from that landmark story. In Zack Snyder's Justice League, however, this Bat-Tank is much, much larger than the tactical leviathan it's inspired by.

At 14 inches tall, 28 inches wide, and 28.3 inches deep, Prime 1 Studio's Museum Masterline Bat-Tank is quite the sight to behold. With Batman and a couple of Mutant Gang members for scale, it you can see how massive this thing is supposed to be. This statue features LED Illumination to highlight its various intricate details. The sculpting team studied the film and reference model as much as physically possible to be able to replicate it in stunning 3D! And the painting team went through many iterations to come up with the perfect black, the perfect finish, the perfect treatment to make the bat-inspired behemoth look as real as possible.

Featuring Batman standing atop his massive mechanical monster, the Bat-Tank looks pulled right out of the film. The Bat-Tank sits on a patch of film-inspired, rubble-strewn road, while off to the side sits captured Mutant Gang troublemakers, who are sure to be regretting their life's decisions right now. As one of the last-minute additions to the Snyder cut, the Bat-Tank was one of the elements that made the film as amazing as it was. And because Zack really wanted the Bat-Tank in the film, all of his adoring fans got to benefit from that decision!

One thing is for sure, no Batcave will be complete without this unbelievable MMJL-11DX Bat-Tank Deluxe Version Museum Masterline statue! Pre-Order now to add it to your Zack Snyder's Justice League statue collection today! 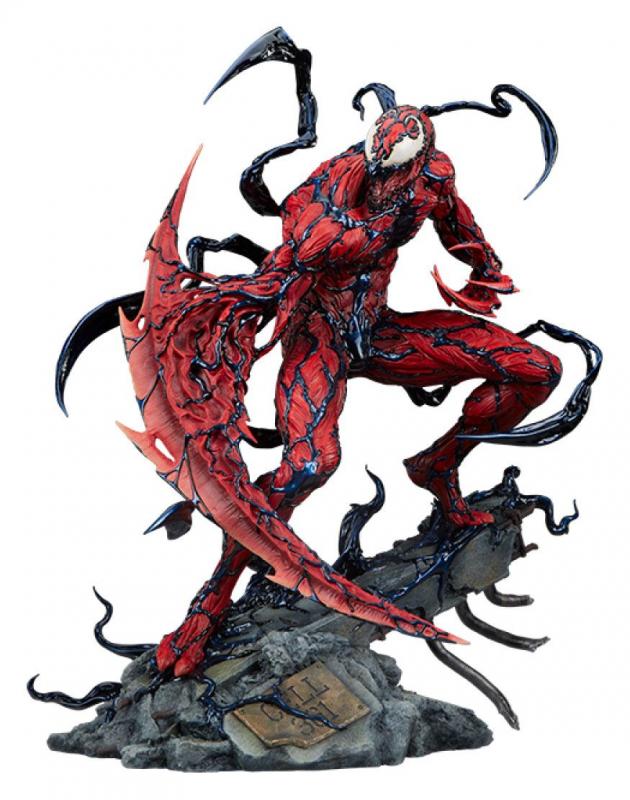 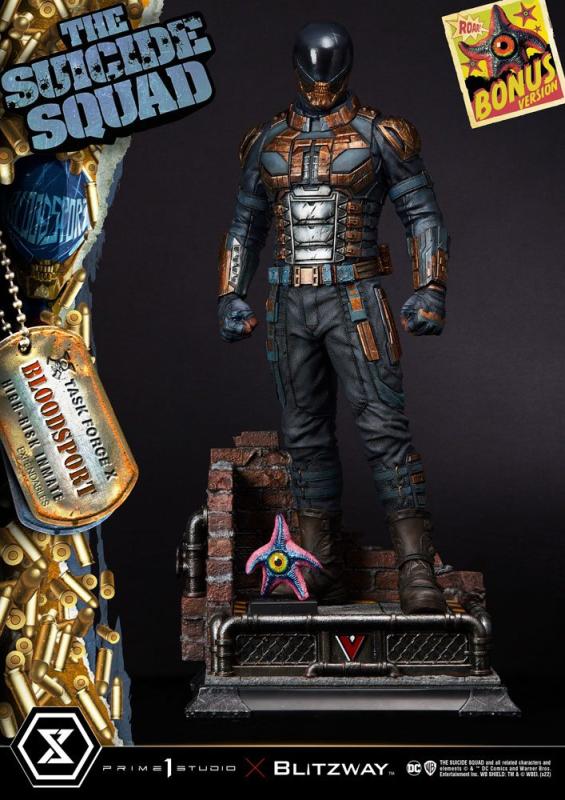 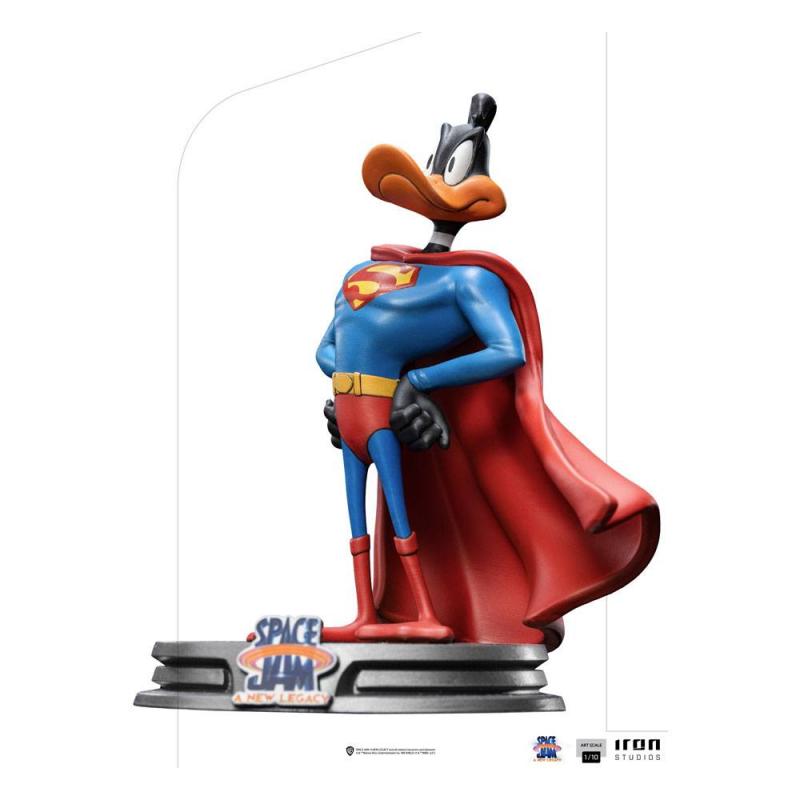 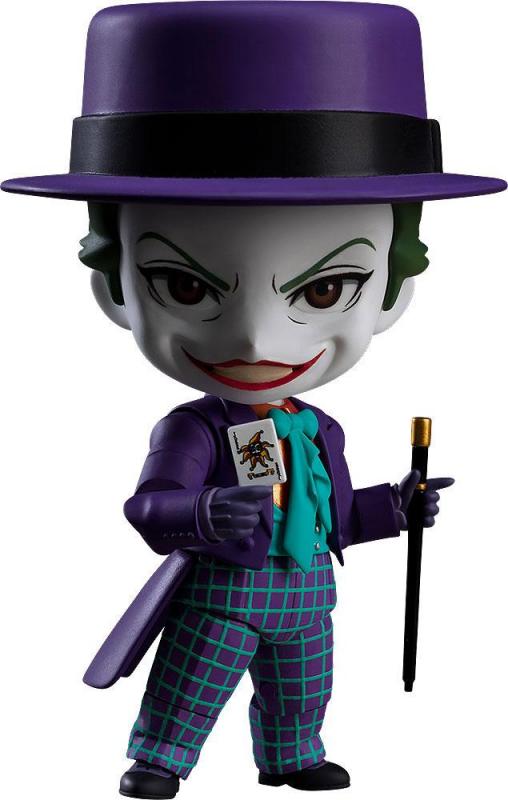 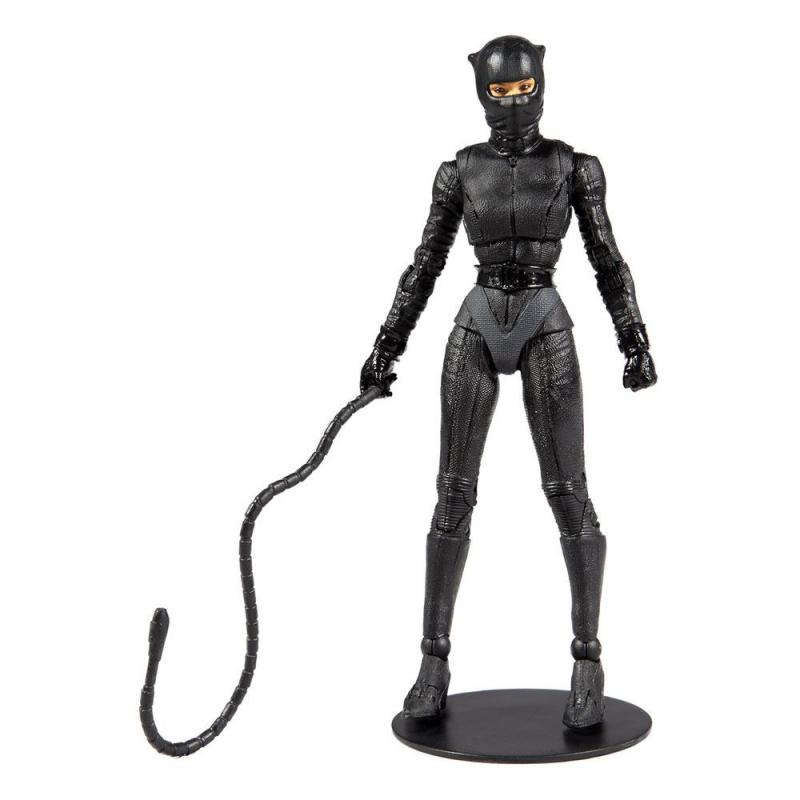 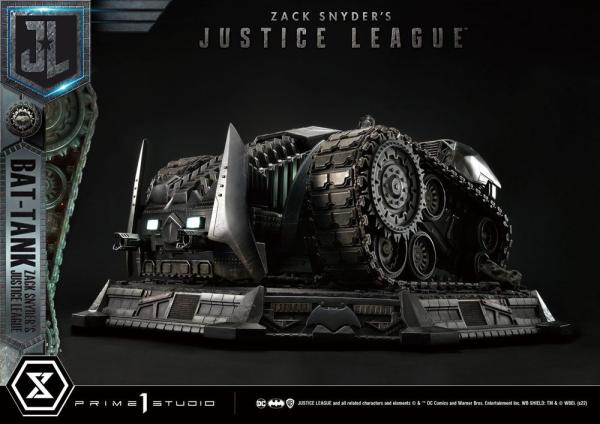